Everything You need to know about PUBG 2

In the BR community, PUBG (PlayerUnknown’s Battlegrounds) is extremely popular. The engine in PUBG is set to be upgraded, but it’s unclear if this will happen in the current game or in a future sequel. Although the game was initially well-known among skilled PC and console gamers, its adaptation to mobile gaming swept the world by storm. PUBG is one of the most popular battle royal games on the market till yet, competing against titles such as like Fortnite, Call of Duty Mobile, Garena Free Fire, and many others.

Last year, PUBG was prohibited in India, but the developers released Battlegrounds Mobile India and are now working on the forthcoming BR title PUBG New State, which will feature modern-day settings and superior weaponry. The game PUBG, which was first released in 2017, has experienced various updates and tweaks, but its essence remains the same. While it is still like playable in some kind of other regions (that with the exception of China, Pakistan, Afghanistan, Israel, Korea, Jordan, Nepal, and Iraq), Krafton is reportedly working on a sequel as well.

According to a new report and as per the sources, the game’s publisher Krafton ideally has been working on more than just that, and a sequel game could be technically released sometime next year as well.

PUBG 2: When will it be technically released, and so also what else do we know about the new sequel pf PUBG?

Krafton Amsterdam is also purportedly seeking a technical art director and as well as technical animator for a “new unknown project” that is completely based upon Epic Games Unreal Engine 5, as according to leaker PlayerIGN. The docs start with it’s references, which could indicate that the project is tied to the game.

The leaker discovered some information on a sequel. It’s worth noting that Bloomberg also revealed earlier this year that Krafton CEO Kim Chang-Han was also working on The Callisto Protocol, that is a survival horror game set 300 years in the future and so also set in the PUBG universe. According to a report from Alt Char, the rumored sequel will be a standalone game rather than an upgrade to the existing BR title. 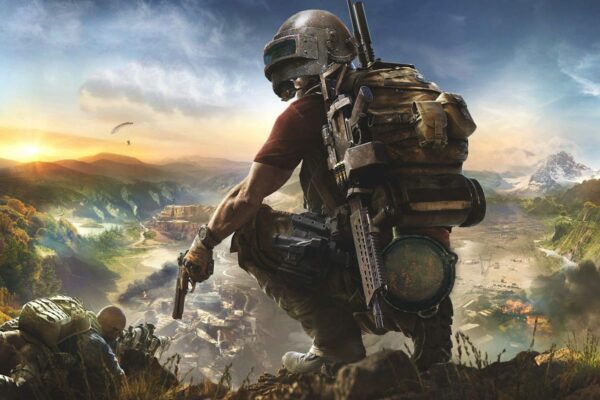 The leaker claims that the PUBG Corporation in Amsterdam is hiring for the job of Technical Art Director for an ‘unannounced’ AAA gaming project based on Unreal Engine 5. According to reports, the organization is ideally looking for someone to work that alongside the Art Director, a Game Director, and Producer as well. In an internal discussion, Krafton proposed upgrading it to Unreal Engine 5, according to the leaker. His message also mentions X1, a work-in-progress game PUBG. Choosing to upgrade to Unreal Engine 5 may, however, result in improved graphics and possibly new features in PUBG. However, no confirmation from Krafton has yet been received, so take these developments with a grain of salt. The improvements are scheduled to trickle out first on PCs and consoles. “We’re still waiting for the PUBG 2 thing (PC/console) by 2022,” the data miner stated. The improvements are most likely to arrive on PC and consoles, with any changes to the game’s mobile version coming in the future.

“We’re still waiting for the PUBG 2 thing (PC/console) by 2022,” the data miner stated. The improvements are most likely to arrive on PC and consoles, with any changes to the game’s mobile version coming in the future. Fortnite’s competitor is also rumoured to be working on a switch to Unreal Engine 5 in an upcoming season, but it’s unclear whether this will happen in Season 9, which will be released at the end of the year, or in Season 10, which will be released in 2022.

Coal is black, and so would India be with the approaching "blackout" and power crisis