The second wave of COVID has caused massive disparities in India. More than 3 lakh cases are recorded daily, which is overburdening the hospitals and medical health infrastructures of the country.

Nevertheless, no governmental body is ready to take this issue seriously, which is further leading to the destruction of the country at every level. Every day, some bizarre news shows up on our screens which makes us question, if the country going in the right direction? Several dead bodies are floating in the rivers of UP and Bihar, which is huge for many people as the graveyards and crematories are experiencing a massive shortage.

Similarly, crucial medical supplies and life-saving drugs are being sold on the black market, which causes a huge hole in people’s pockets. A middle-class or economically weak person can’t afford these medicines, Does the lives of poor people don’t matter? This pandemic is killing more humanity than humans. Vaccination remained the only option in such times to overcome the havoc of the virus, but due to the government’s negligence, Indians are witnessing a shortage in vaccines too!

Vaccines were distributed all over the world, without thinking much about their citizens. The enfeeble healthcare systems of the country have led to the deaths of many people. Lack of hospital beds and medical supplies are the top reason why so many people are succumbing to deaths with every passing day. The active cases in India are dipping, but the death numbers are still increasing. Nearly 4,205 deaths were recorded on Tuesday, making it an all-time high!

India is witnessing a massive surge in daily COVID cases. Small cities and towns are also facing an acute shortage of medical supplies and hospital beds which is causing the rural people to suffer more substantially. Since the whole attention of medical healthcare providers and the civil administration is on the urban areas, the already suffering small towns and villages are on the verge of becoming the new COVID-19 hotspots. The rural population of India consists of 900 crore people that is, they constitute nearly 65% of the population.

Not giving much attention and emphasis in the rural sector of India regarding the COVID-19 situation will cause havoc, as reportedly, nearly every household in the northern states witness one death due to COVID. Nevertheless, the mainstream media won’t show the reality of it and continue to preach the dip in urban COVID cases. The situation needs to be administered as soon as possible because when the situation in the urban areas starts to improve, the migrant workers will come back for the work. This will result in yet another wave of COVID as it will begin to spread again.

Can vaccination help rural India overcome the effects of the virus? Urban India, heavily affected by the first and second waves, will have higher immune systems. Vaccination protection will take two doses and two weeks – a minimum of six weeks from the start. Given the supply problems, the low achievement of urban availability and the skepticism, the protection afforded by the drug defense will not protect rural India from the massive second wave expansion in the next few important weeks.

See also  Lockdown Failed: Two thousand people had already gathered in Markaz, located in Nizamuddin Delhi, 200 of which turned out to be corona suspects; 6 people from Telangana died in this event 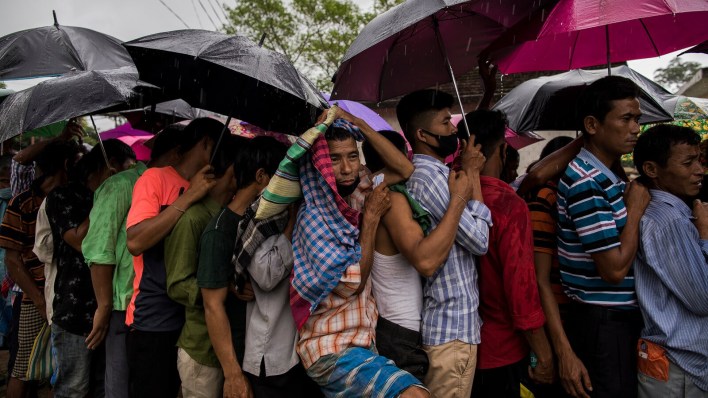 The second wave more prominent in Rural India, but civil administration and healthcare providers busy saving urban cities. Is it fair to do so?

Urban India consisting of advanced facilities, medical health infrastructure, abundant healthcare workers, and hospitals is facing an acute shortage of oxygen and medical supplies. Now you can imagine the horrendous situation of rural India with meager medical health infrastructure. To tackle this problem, each district collector of every village should be provided with oxygen concentrators and ventilators. New innovative ideas to produce oxygen should be a top priority in the villages now.

An uninterrupted power supply should be provided to ensure the non-stop working of every critical medical appliance.

Reportedly, the tests in rural areas are conducted very little. Most hospitals and labs are providing fake COVID test results which are causing huge problems in handling the situation. Larger vaccines will need to be planted to prevent third wave outbreaks. To achieve this we need to be competent on two fronts: one, overcome vaccination doubts, and two, improve the availability and even distribution of jabs. The fear associated with the second wave has already made people realize the importance of vaccination. 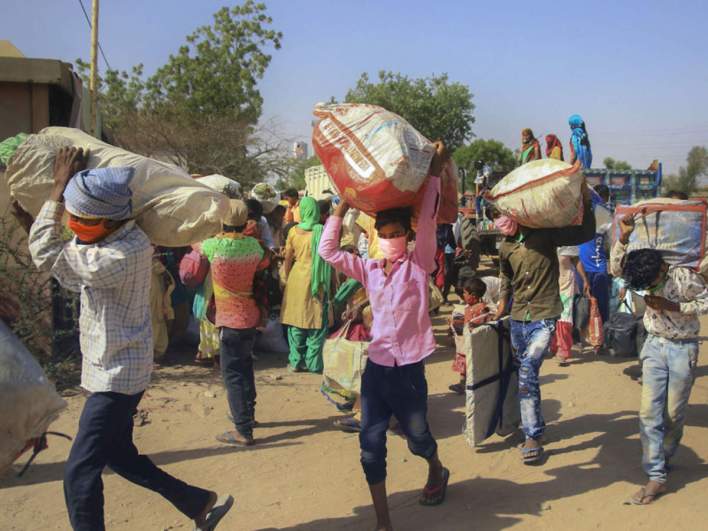 The government once again ignores the sinking economy