India-Russia ties have always been an independent running criterion and not enormously influenced by ties with other countries. Over the past three decades, Russia has been the mightful force in the world economy. For 21 years, Vladimir Putin‘s reign has assisted Russia to become a supremacy conglomeration. He took over the Russian command in 1999 as he promised the Russians to end the chaos churned by the previous government.

Russia‘s institution has impeded weaker as it always had a bureaucratic complex interfering with its political matters. Putin’s authority went down the channel of involving bureaucrats, business conglomerations. Despite sustainable efforts to reduce their encroachment, it inevitably led to a slippage of the renowned autocracy. However, The Indian-Russian ties are bound to strengthen as reaffirmed by both nations. Russian Foreign Minister Sergei Lavrov’s visit to New Delhi has been considered significant for its timing amid the rising concerns that appeared in the ties.

Lavrov arrived in New Delhi last week and held talks with External Foreign Minister S.Jaishanker about defense corporations, among other aspects of bilateral ties. While conversing about crucial propositions, he also laid down the groundwork for a bilateral summit between Russian President Vladimir Putin and Prime Minister Narendra Modi in the national capital. But so much has evolved in the times, from perceiving high economic growth to weakening its authority, Russia has significantly hidden under the shadow.

Although the External Affairs Ministry spokesperson Arindam Bagchi claimed that the ties hadn’t get demolished strategically, the meeting depicted that Russia is no longer a strategic ally for India. The outlook of the world is ever-changing, and in the past four years, it has been dynamic like never before. The disruptions in the ties with India and many other allies have made Russia geopolitically weak.

The ambiguity has faded away, and the world is again becoming a bipolar world. The two prominent forces lead the line of operations alongside the world, i.e., The United States and China. Russia has resigned itself to being a junior partner of China. The drastic changes in the bilateral ties coupled with dominance have monumental implications on trade and the world economy. 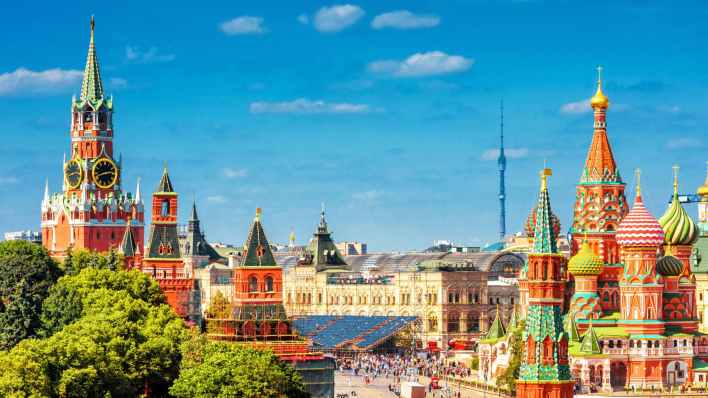 While Lavrov’s meeting with India turned out to be progressive, his skeptical visit to Pakistan imminently raised many eyebrows among the authorities. Over the past decade, India has wanted its allies to de-hyphenate with Pakistan and end the Two Country Rule. Russia, on the other hand, has started to hyphenate India with Pakistan. In the context, the cross-fire relations between India and Pakistan counterparts, it is unfair to resonate on both sides of the spectrum.

India and Russia have shared an epitome of bilateral ties over the past decades. The remarkable relation has a unique element of nostalgia, which lays back to the warmer trade days between Moscow and New Delhi. Contrarily, the American Administration entitled double-faced as it held penetrating meetings and operations in Pakistan to decipher India’s integral stature. But it has faded away with the India-US relationship getting and warmer, collaborating a robust joint force. The India-Russia ties are getting bitter rather than being a remnant of the old days.

It became inevitable with Lavrov’s visit. He conducted a double-round trip to India and Pakistan last week. What caught the eye astonishingly, his comments in both the nations were markedly different. While in Pakistan, Russian Foreign Minister Sergei Lavrov said that the council perceives Pakistan as a significant ally. The Russian shift could impact its trade counterparts with India, and seeking to supply Pakistan with military equipment might be the final nail in the coffin. Furthermore, with Russia now enacting security agreements with China, India’s strategic ties might upend.

When Lavrov got asked about the potential security agreements between Russia and China, he declined to comment on any association. Additionally, he referred to alliances like the Asia NATO as disruptive, which was a discretionary statement. It resembled he was turning the knife a little bit to India. The pathway of breaking its ties with India is well-knitted down substantially. All these movements indicated that Lavrov had much more ceremony about his visit to Pakistan. 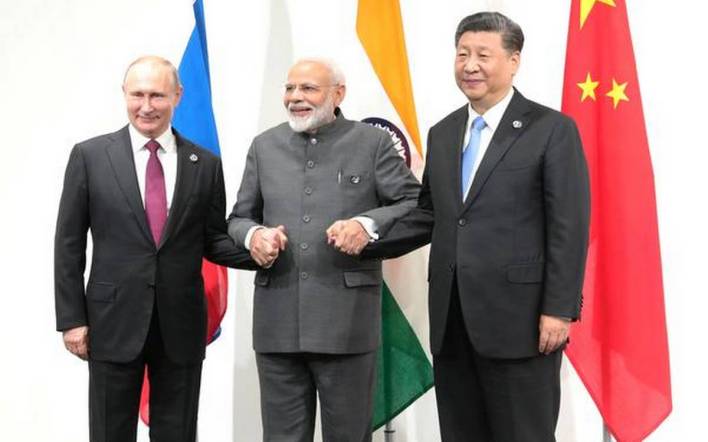 Russia, from being a strengthening political power itself, has spiraled into a junior partner for China. Russia’s new stature would change the overall complexion of the balance of power across the world, with America on one side and China enacting as the battle counterpart. The indications of the same got observed in the meeting held in New Delhi. Lavrov interacted with S.Jaishanker on captivating and debatable matters.

The latter used the expression Indo-Pacific, while the former contradicted the term by changing the notion. Through the divergent nature, Russians have let it known that they are skeptical of the Indo-Pacific concept and Quad Nations. These platitudinous comments could harm the sentiments of the internal forces of the nation. Along with that, the diplomats connected the jots of Lavrov’s statement of Asia-Pacific with his time spent in Srilanka, Maldives, and South Asia.

The noteworthy points of the External Affairs Meeting

In his incepting remarks, The Russian Minister talked about building investment corporations. The investment plan would be the top-notch priority on the national programs, and the trades would give attention to energy sources. The coverage would be more on nuclear energy, peaceful space exploration, and transport infrastructure projects. Although these plans were the prominent topics in the meeting, the Foreign Ministries reiterated addressing issues that have caused disruptions in the past.

Lavrov could not call upon PM Modi for an inaugural visit as he was engaged in election campaigns. Later on, The Indian counterparts, while reviewing the joint press conference, asserted that Russia and China have the best relationship ever but do not give a passage for a military alliance between the two countries.

Clarity on both sides is the essence of positive relations

The point of view of the India and Russia counterparts don’t match on crucial topics. The emphasis has been on addressing the issues, but not much coverage has been given as there are significant points of difference. Much of the discussions were covered the preparation of Russian President Vladimir Putin’s visit for the annual summit later this year. The Afghanistan issue was one of the primitive contradicting perspectives.

While S.Jaishanker pointed out that the developments in Afghanistan impacted India’s security directly, on the other hand, the Russian has good allies with the country. Russian supports the Taliban, and this Lavrov conveyed coercively at the joint press conference. Moving ahead with the meeting, Jaishankar asserted firmly that complicated challenges need the countries to work together and sort it out.

The working procedure needs to revamp a new way reflecting the rebalanced character of global politics. The contradictory statements have affected the ties geopolitically, as, over recent times, the connections are only transactional. Cooperation is needed to evade differences and move ahead strategically and expand the trade businesses further. Russia has been the second-largest importer of trades in India, while India, on the pretext, involved Russia to impact the defense cooperations. 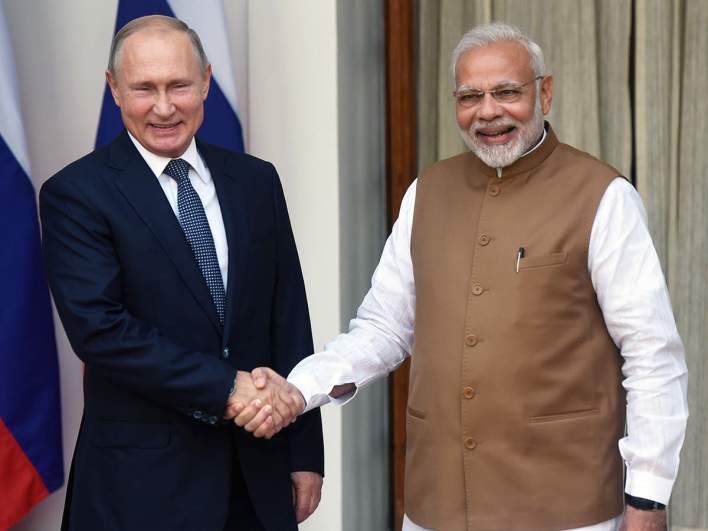 Should the increasing ties of Russia with China and Pakistan be a worrying sign of India?

Some fog around our ties with Russia needs to get eased down. The real-worthy picture is way more gigantic because of the nostalgic relations. Exaggeration across the diplomats gauged ever since the meeting got conducted. Russian allies with China is all due to the constant pressure it is concurring from the West. The cold war could be on the verge, with Russian authorities shimmering down like shadows. It has pushed it towards China and forged the initiative to underpin strategic ties.

We significantly impact this as Russia’s balance with India has divulged, and the BRICS format has also gone against us. How Russia plays its allies with India in context with China would be crucial. India and China are sailing in the deep sea, and if Russia encroaches, we might have a new jangling misery to solve on our hands. India was recently excluded from the Moscow format as Russia believed that it is not its concern to picking up cudgels on India’s behalf with Pakistan and China. Russia is benefiting ties from its perspective, which is not a grim consideration until it affects India directly or a conflict of war surges across the border range.

The manifestation of the differences has shown that India has acted nervously without examining the know-how perspective of the recent breakthrough in the ties. It is the first time in nine years that a Russian Foreign Minister has visited Pakistan, which raised eyebrows across the world. We should also keep some of the elements in mind while assessing Russian Foreign Minister Sergey Lavrov‘s statement to the media during his recent visit to India.

He repeated the staggering ties with China when India is a victim of Chinese aggression in eastern Ladakh. It inquisitively raised many Indian ears, but it looked like a remnant strategy adopted by the Russian foreign minister. Indian minister told the press in Moscow after the US allegedly imposed new sanctions in Russia that the former has the best relations, and it hasn’t been any better in the history of India-US ties.

All in all, whatever the creases, it would appear that Russia’s thinking about India is changing, with greater recognition of its rising stature and the need to court it more for forging stronger ties. Russia has come up with its defense. It is willing more than ever to cooperate in the joint venture production program, which focuses on indulging in the “aatmanirbhar” notion that got implemented by the Indian government during the pandemic. The ties that have deteriorated in the past must have both parties to blame.

In some instances, it is our foreign minister affairs that are delaying the decisions on the joint venture programs. India, on the other hand, is cooperating its full support to the Russian authorities. India is pushing development cooperation Russia’s the Far East for which it has offered a $1 billion line of credit. Approval for the Sputnik Vaccine could hand over the much-needed boost in the weakened ties between Russia and India. Everything might be a little shallow right now, but it is expected to turn upside down.

Both of the foreign ministers asserted the point of being cooperative towards each other, which is imminent as we both rely hugely upon international trade. Although Russia’s close ties with India’s neighboring countries might be concerning, India still holds an integral place for Russia. The ties could intensively increase in recent months as President Putin is visiting India later this year. President Putin’s visit to India for which preparatory work has begun should set at rest some misgivings and give a further boost to ties that are geopolitically vital for both countries.

The Ironical War Ends the Journey of Tata Son's chairman. Cyrus Mistry created his downfall amid his small stake in Tata Sons Ltd.

Modi Announced Lockdown in 2020 when there were only 600 cases but why lockdown is not being announced in 2021 despite lacs of cases?