THE SITUATION WITH PETERSBURG BANK

To avoid using the US dollar, Yes Bank and Russia’s Petersburg Social Commercial Bank (PSCB) have taken lead to allow rupee-rouble bilateral trade. This has ensured that cross-border business which was prevalent with Moscow is still on the table despite the country being subject to Western sanctions. Petersburg Social Commercial Bank is not included on the list of sanctioned banks.

The Russian leader with 30 different companies has opened a rupee-rouble account which can be used to be an alternative to cash commerce with New Delhi. The Russian leader may have escaped the West’s scrutiny because of a lack of visibility in Europe’s wealthier neighborhoods and other developed economies. Separately, according to people familiar with the situation, the Reserve Bank of India (RBI) soon will announce processes related to rupee accounts. 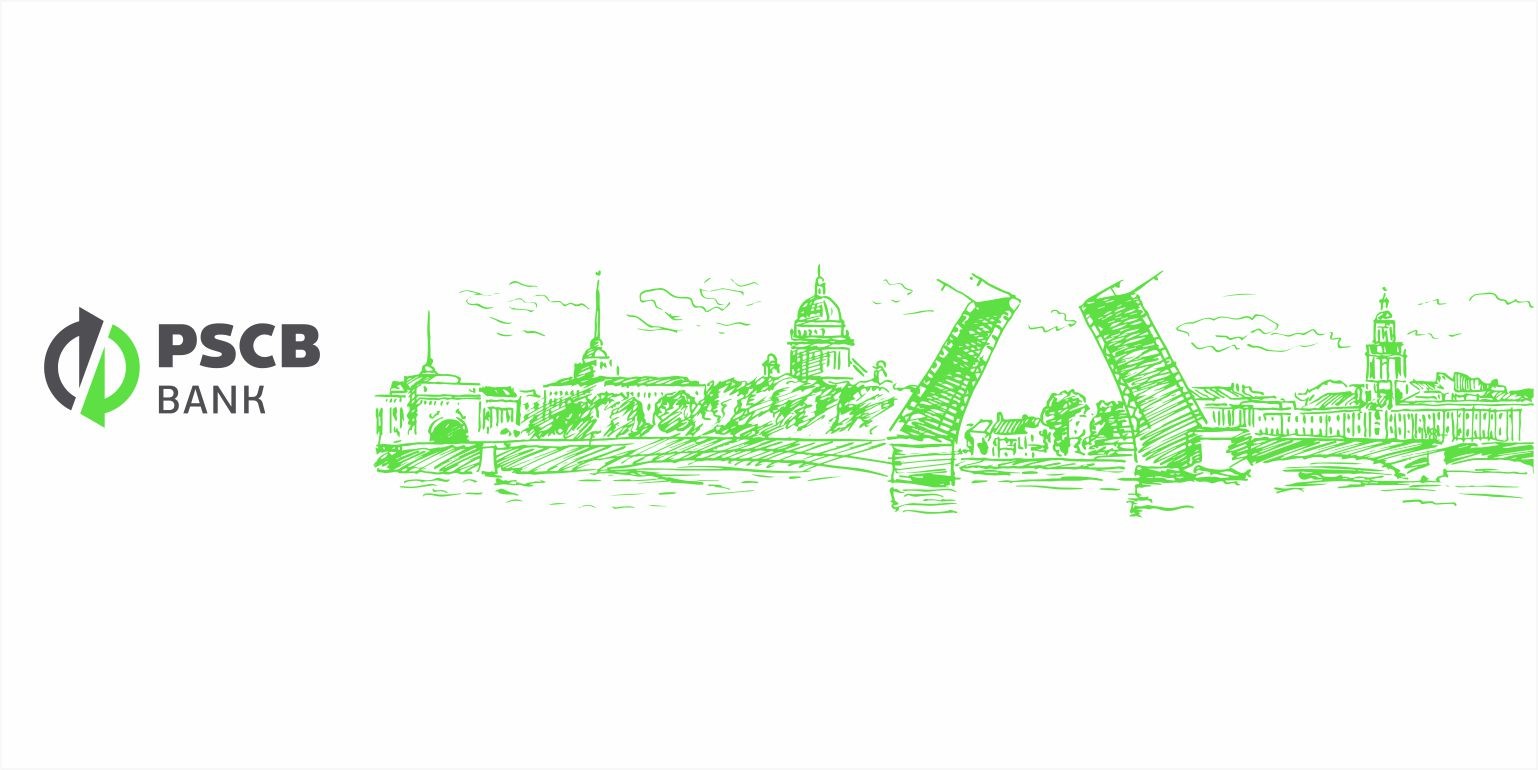 PSCB customers support LLC Mettem-M, LLC Armtel, and LLC NKP Farmindusry. The banking sector collaborates with businesses involved in bilateral trade with India for medicine, spices, etc. Both RBI and Yes Bank avoided addressing the subject. It was impossible to get in touch with specific companies right away for comments.
Following the naval conflict between Russia and Ukraine, the Russian bank was mostly the first in recent times to open such an Indian lender. The account is most probably converted into a specific one after the central bank releases its FAQ explanation.

According to reports, Yes Bank has received three to four further proposals from many other Russian lenders like MFK Bank. According to sources, Indian banks have received about two dozen similar applications, most of which are awaiting approval from the central bank. The entire process is being facilitated by the Indian Banks’ Association (IBA), with Russia-India trade.

The RBI, which is still confused about approvals, has received all those applications from most of the Indian bankers, according to a senior executive engaged in bilateral diplomatic negotiations.

This rupee Vostro account has a “special” tag that allows the users to avail themselves of Indian treasury bonds. Indian lenders met with both the state & RBI, more than one week ago to resolve practical problems. Also, meeting with Indian lawmakers were Russian delegations.

Other procedural issues that came up were related to messaging transmission, the opening of letters of credit, referencing the price between both the rupee and the rouble, the legal environment, and rupee repatriation.

Let us know what all such jargons mean to understand the situation appropriately.
It is possible in rupees rather than dollars or euros under the Rupee-Rouble trading agreement. The Indo-Soviet trade deal was where the concept was first proposed in 1953.

By Article VI of the Indo-Soviet pact:

• Indian Rupees may be used for all payments between India and the former USSR.
• The accounts with the commercial banks will be used for all retail transactions to be financed in rupees. The version with the Reserve Bank of India will only be utilized to top off the balances with the commercial banks as needed.
• Only those be debited or credited with payments made to and by Indian and USSR residents.

• Commercial transactions, including paying for insurance, storage costs, and bunkering
• film distribution
• Technical support
• tours that are either commercial or cultural
• upkeep of India’s embassy in the USSR, & the embassy and trade representation of the USSR in India
• State Bank of the USSR and the Reserve Bank of India agreed to make further non-commercial payments.

WHY REVIEW THE RUPEE-ROUBLE TRADE

Amid the conflict in Ukraine, more than 40 U.S. imposed economic sanctions against Russian banks and organizations. According to Bloomberg, Indian exporters are waiting on payments that have been postponed because of penalties totaling approximately $500 million.

HOW THE RUPEE-RUBLE IS SHAPING UP TRADE MECHANISM

Business Standard had recently discussed between Russia and India in local currencies. At first, this would only apply to industries like agriculture, medicine, and energy where the US and its allies had not imposed sanctions.

Fast forward to the present, and local currency trading between India and Russia. According to reports, the Reserve Bank of India met three Russian financial institutions last week to discuss potential payment systems that could facilitate trade between the two nations.


A rupee-ruble trade mechanism is one of the ideas, according to financial daily. The plan calls for Russian banks with a presence in India to become more involved in the trade. An Indian bank may not as a nodal bank, as UCO Bank did for trade between India and Iran after the US placed sanctions on the latter, a banker told the financial daily.

THE NEED FOR SUCH A MECHANISM

Additionally, since India does not export a lot to Russia, there is a chance for Indian businesses to enter the nation when the West leaves. Russian data indicates that the two countries bilateral commerce reached $9.31 billion from April 2020 to March 2021. Out of this, 3.48 billion dollars in exports and 5.83 billion dollars in imports were made by India.

Additionally, according to a report from Business Standard, in 2022 India may import close to 2 million tonnes, or roughly 15 million barrels, from Russia. The plan would be to profit from Moscow’s willingness to sell for a low price while paying for insurance and transportation. The exchange rates used will probably be in rupee or ruble terms India will ultimately need the mechanism it chooses, given the geopolitical risks involved.

THE PROS AND CONS OF THE ROUBLE PAYMENT PACT

History endures rather than just repeats itself. Take the rupee-rouble agreement, which has been considered every decade since the 1950s, including the 1960s, 1970s, 1980s, 1990s, and 2000s, as well as most recently in 2017. And now, in 2022, it’s back. It has been passionately debated, contentious, and often renegotiated. However, problems have continued.

Officials from the switch trading, often known as “shunting,” in which Indian goods to Poland, Yugoslavia, Czechoslovakia, and Hungary that were paid with those non-convertible rupees were redirected or exported in hard currencies. The central bank thought those measures went against the essence of the exchange arrangements, even though they were not unlawful. Nehru replied with a two-page handwritten note that dismissed. In this situation, he told the Finance Ministry to disregard the Governor’s opinions since “political compulsions greatly exceed the economic considerations.” The RBI was mainly left out of this relationship’s policy-making process. After then, the central bank withdrew from the negotiations save to the government’s technical adviser on certain facets of bilateral trade.

Is it wise, or even desirable, to create a new rupee-rouble agreement? First, how much would such an accord help India? Second, what specific goods and services should it cover, and how should its exchange rate be determined? What effect, does it has on the value of the rupee in the international currency markets?

The prospects seem incredibly appealing, especially given that pharmaceuticals are immune from the sanctions placed as a result of the conflict in Ukraine. Compare that to overall exports of around $3 billion. Russia currently makes up barely 1.24 percent of India’s commerce, worth $10 billion (imports and exports).

Increasing commerce with the Soviet and the East European economies was one of the main goals of the multilateral rupee agreements of 1958–1959, and for a while, it was successful. The RBI, which was responsible for putting the accords into effect, meticulously monitored the data and found that commerce increased by $9.2 million, or 0.3% of India’s total trade, in 1952–1953, over $658 million, or 14.2%, in 1965–1966. However, there was an imbalance in the trade balance; imports from the USSR far outweighed exports by India to the USSR, & the rupee balance in the USSR’s RBI, kept growing.

The method used to determine both the rupee and rouble has historically been a major concern, and the cause of most problems. It is expected that the new accord will be fit for it.

Which brings up a different instance that has been raised: could it be time to drastically limit the dollar’s dominance in international commodity payment units and fees? Although there is an oil contract in the Chinese yuan, there hasn’t been much demand so far. Others could still show up.

British officials and German officials discussed accepting payment in the non-convertible rupee that they could utilize within India in the middle of the 1960s when India’s debt repayment put the economy under tremendous duress. Additionally, they held the opinion that entrepreneurs that worried about losing the Indian marketplace for their goods may think twice before accepting non-convertible rupees.

In 1962, some even proposed a USSR-like agreement that would give India military products, & take payment in quasi-rupees for payment, and keep India allied with the West. Official Western Stayed strong about politics and ideologies at the time. But such concepts never materialized. Or perhaps history repeated itself, albeit with different actors.

Thus, getting into understand we need to carefully access the situation and work according to the regulations decided. It should be in accordance to benefit the country, including its people and other stakeholders in it. Both pros and cons would lead to better furnishing of the idea of such an agreement & create a pathway for tinkering with policy ideas that can be implemented.