How can we describe this year 2020? Beautiful or painful? This year has introduced us to new terms and acts, like a pandemic, social distancing, work from home, online classes, and so on. The word pandemic even won the word of the year! Such a year it was. But aside from the mess pandemic created, there has been something that is yearning for attention. It is a scientific breakthrough that has happened this year. Whether it’s the epidemiologists or the virologists, medical professionals to immunologists, every scientific research file has been actively working which had resulted in findings that succeed prior ones. These people have become our superheroes without capes. The role of science in everyday life for basic wellbeing very much signifies the importance of science and scientific research. Only because of the hard efforts of virologists were we able to find the sequence of the whole genome when the novel coronavirus was discovered.

And only because of this was discovered were they able to produce a testing kit. Well, not just one. We had multiple testing kits and not to forget, the mass production of it enabled faster testing through wider areas. How much has it saved us? Now, only with these genomes finding, scientists have been able to produce a vaccine. Pfizer-bioNtech and Moderna’s vaccine which is using messenger RNA as their method of vaccine production has reported about 95% efficacy. The United Kingdom, the United States, and the United Arab Emirates have all started mass vaccination and it’s all thanks to scientific findings advantage. So, we can describe this year to be informational. We got to know new things, we got to learn new skills, if you were keeping up with news on television or online, that’s more information you have acquired than you might have done in normal times. If we keep coronavirus news apart, there is much other news that has made headlines and has made astonishing findings whether it’s in outer space, anatomy, or archelogy. We have to list some of them before we wrap this year up.

See also  E-commerce grows by 36 per cent in last quarter in India: Report 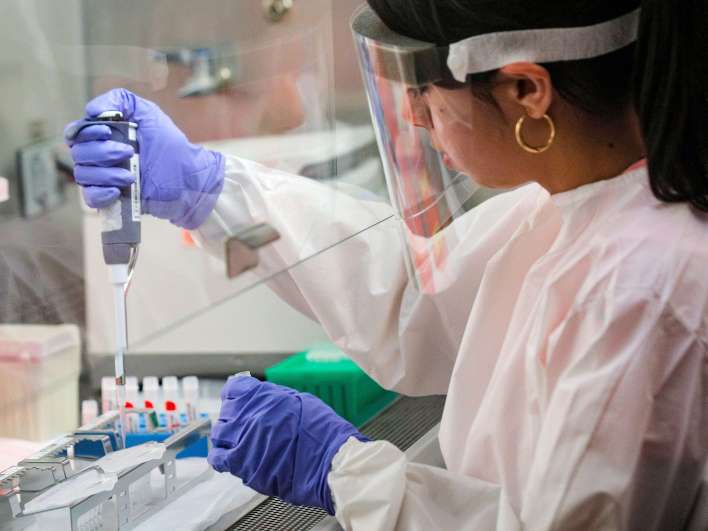 Discovery of a new gland in the human body!

Hidden behind the nasal cavity and throat is a new pair of the salivary glands which was found by researchers of the Netherlands cancer institute. While they were studying patients using a new type of scan named a PSMA PET/CT scan, on prostate cancer found this new pair of the salivary gland. The researchers of the Netherlands cancer institute have proposed the name ” tubarial glands” as this stricture was found draped over the torus tubarius. Torus tubarius is a structure that supports the entrance of the auditory tube. This finding has shocked many and to be honest, it shows how far we have come in our technology and how much more there is to know.

Presence of water molecules on the lunar surface:

Research done 11 years ago showed us the presence of water bodies on the surface of the moon. But there was no clear evidence to suggest that it was water or its molecular cousin hydroxyl. Such ambiguity kept lingering among scientists. But this finding has given an unambiguous result. That the particles present there is undeniably water. Our earth is surrounded by water on all sides. The sheer gravitational force is sticking it all particles in this oval-shaped planet. It processes large water bodies like saltwater oceans, ice caps, and large freshwater lakes that serve as water resources. This hallmark of the earth was thought to be absent all these years on the moon but this discovery has spiked interest in this field once again. Whether that water could be consumable or not is not known. But if there is water, then it could help astronauts traveling there.

Possibility of microbes on Venus:

In late September, UK based Cardiff University and University of Cambridge’s international team led by Jane. S. Grebes have found the possibility of the presence of molecules known as phosphine on the surface of Venus. Why is finding some microbe are a piece of exciting news. Because microbes are released through a biochemical pathway from a living creature. Hence this could imply the presence of life form given the chemical and geological composition of Venus. On September 14 of this year, a paper titled nature astronomy was published. This paper is a very careful exploration of research and findings recorded over a long period. This calls for more intense research on this field and area. To prove the possibility of the presence of bacteria or any other forms or the total amount of phosphine, it’s still unknown. But we can expect intense research to take place in this space and these findings put us way ahead and this could be a head start. Suspecting the hotter temperature which could even melt the lead, is posing doubt over the existence of life. But their researchers are interested in this and are keen to investigate it further. Phosphine was found on Jupiter and Saturn too.

The stories that you India valley vessels have to say:

This year marks the 100 years of the discovery of India valley civilization and with that, researchers have found some interesting news from shards of pottery. When the molecular chemical analysis was done on the residue of shards of pottery found in the Kotada Bhadki, which is the archaeological site in Gujarat, results indicated the presence of lipid molecules. This is the first-ever scientifically proven evidence that dairy products were in use during the Indus valley civilization during 2500 BCE. This evidence also marks that this is the earliest ever known to have used dairy products. Harrapans are known for their large metropolitan cities and big towns but they aren’t much known for agricultural importance. So, these findings give us a major view of the lives of our ancient people.

This 2020 has been a very exhausting year. But it has seen ground-breaking research and findings in science that is opening us to a new world. We cannot deny the fact that new technology and the development of more improvised devices have aided this process and as we are moving on in years, we are yet to see what humans can achieve.