Monsoons, a season loved by everyone is here. It brings a lot of rains with it, along with cold breezes and cloudy weather. Our country’s population is huge and a major part of this population is dependent on agriculture. A basic question- what is the most important thing needed for agriculture? The answer is rain. Even after great irrigation facilities, rainfall is still on the top. However, the country faced many issues at the beginning of the season but things are getting better with time. In this article, we will discuss everything about the season, the problem faced earlier and the current scenario. To learn about everything, we shall start from the beginning.

Monsoon is the seasonal reversing wind that brings along a lot of precipitation. It plays a major role in the production of crops and therefore the farmers wait eagerly wait every year for the arrival of the monsoon. Whether it is that part of the country which has irrigation facilities or not, rain is much needed for the proper growth of the crops. However, with the rising climate change, the seasonal cycle has been Completely ruined.

It led to a delay in the arrival of season in the country. It created a lot of tension among the states as their crops were at risk. Some areas like Mumbai and Kerala were flooding with rainwater while the other areas like Punjab and Gujrat lacked rainfall, which imposed a huge threat to their crops.

However, with a huge wait, the monsoon has arrived in the states where it was much needed and has reduced a lot of tension. With much patience and with a long wait, the monsoon is back on track with increased rainfall across the country. With the rise in rainfall, the farmers across the country have been relieved as rain plays a very major role in the proper production of crops.

During the first half of the monsoon, there was nearly rain in the agricultural states of the country. However, in the non-agricultural states like Mumbai, there were floods that were caused due to heavy rainfall. This scarcity of rainfall in the agricultural areas was a matter of great concern. The situation got so worse that it was predicted that if there is no rain in the next two weeks, all the crops will be destroyed. Even the states having great irrigation facilities had to wait for the monsoon to arrive.

With such a long wait, the monsoon is back on track. The second half of the monsoon which is from August to September is expected to be normal. This was much needed as all the crops are dependent on rainfall and or else they would’ve been damaged. If the crops got damaged, the economy would have suffered a lot.

Agriculture and the economy

The population of our country is enormously huge. Currently, 70% of the total population is directly or indirectly dependent on agriculture. This simply means that if the delay of the monsoon continued, the livelihood of 70% of the population would have been hampered. Loss of work, especially during this time when there is an ongoing pandemic is very dangerous for the people and the economy. For the people, it would make it difficult for them to sustain their basic living.

For the economy, it would hamper its hope for revival after the poor condition caused by the COVID-19 pandemic and the long lockdowns due to it. Shutting up of the whole country resulted very harmful for the economy. But it was necessary in order to curb the virus. This year, there is much need for the economy to revive back but with this delayed monsoon, it was at risk. Things, however, have started to change now as the monsoon has finally arrived.

How the second half of the monsoon will help the economy?

The predictions of normal rainfall during the second half of the monsoon that is from August to September will accelerate the Kharif crop sowing operations which were in the fall during the months of June and July majorly due to the slow progress of monsoon towards northwest India. The agriculture growth was on a break phase from June 21 for nearly three weeks due to this delay in monsoon.

Even though the overall sown area has already exceeded the normal acreage, the level of sowing operations is said to further rise in order to bridge the gap which rose during the previous year, due to the COVID-19 pandemic.

According to the weather forecasting agency, the overall rainfall in the next two months is most likely to reach the level of 95 to 105% of the Long Period Average (LPA). The LPA of August to September rainfall over the country between 1961 and 2010 is 428.3mm.

Talking about the monthly forecast, the Met Department forecasted that the rainfall in August is most likely to be 94 to 106% of the LPA. This shows that the upcoming monsoon in the country is likely to be beneficial for the economy.

The economy has suffered a lot during the pandemic and now is on the path of recovery. The economy cannot afford to witness a failure of the agriculture sector due to the delay of the monsoon. The arrival of a normal monsoon during the second half has provided hope for the economy. It is expected that with this arrival of the monsoon, the agriculture sector will be benefitted. 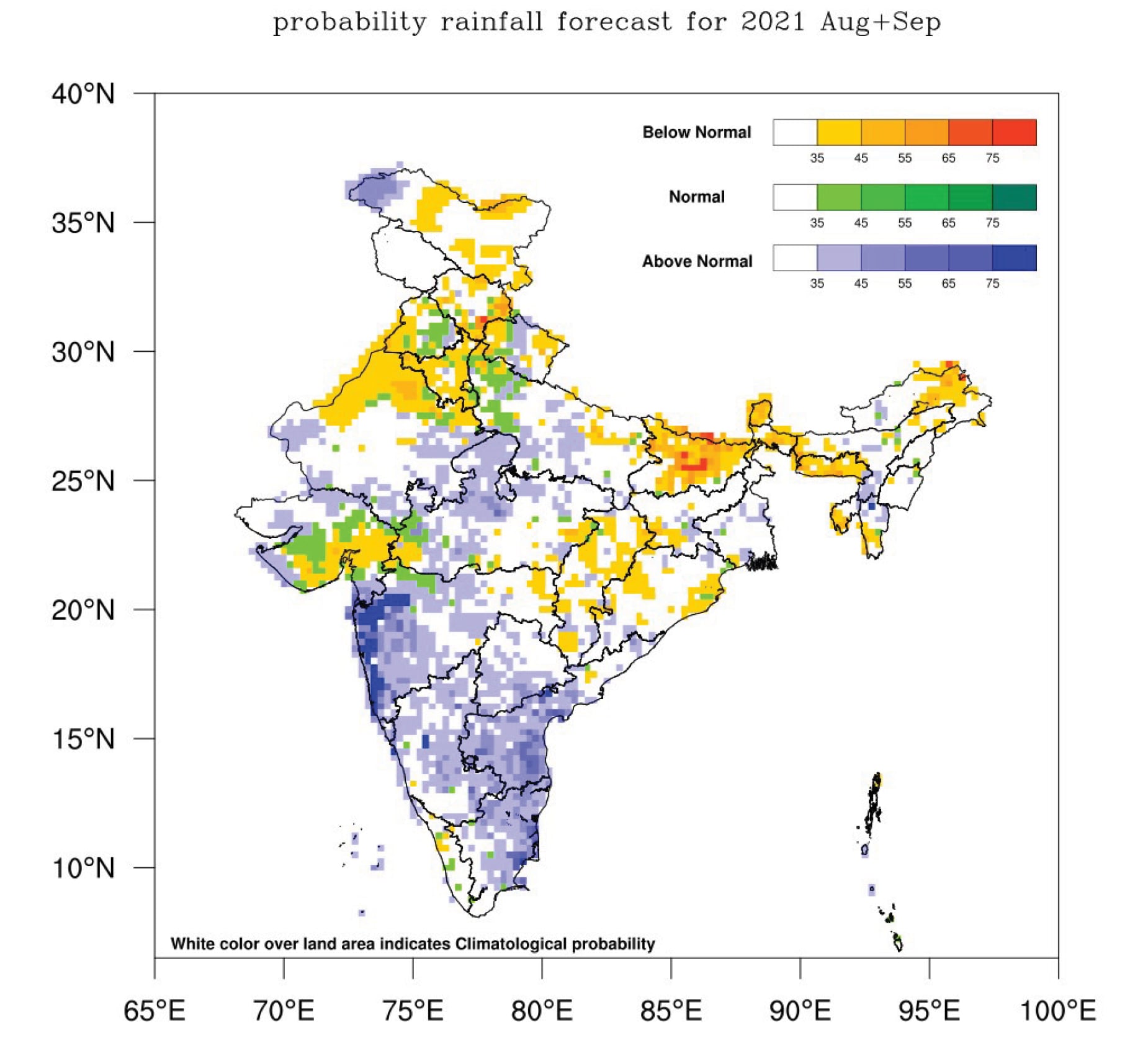 New FinTech Companies are racing to replace old banks. Is it possible?