As the election dates are coming closer and closer, the whole of India’s attention has been towards the West Bengal elections. Politics run deep in the Indian blood, making the opposition parties lose, and winning the elections by making a series of promises and claims has been a thing for Indian politics, throughout history. It is important to note that Elections in the rest of the states and Elections in West Bengal become two completely different things taking into consideration the dynamics the West Bengal politics have had in comparison to the rest of the country for the past years. The spirit of elections in West Bengal is unique in itself.

Why Are The Upcoming West Bengal Elections So Important?
Among all the states that are going to be having elections in the upcoming months, West Bengal’s elections would be curiously witnessed, one of the reasons being the state’s claim of being the flag-bearer of the Indian Renaissance and the fact that it considers itself as one of the crucial centers of the revolutionary anti-colonial movement. Another reason is that West Bengal has remained to be one of the states where the BJP just could not take a hold of. It did manage to make significant inroads at the time of the 2019 Lok Sabha Elections, it still could not dominate the political scenario which it did in the case of Uttar Pradesh and Gujarat. For parties like TMC in West Bengal, these elections are going to decide their survival. Having mass party defections at the grass-root level, they stand at the faulty ground. Although the current Chief Minister of West Bengal, Mamata Banerjee, has spoken of the chances that her party has given to their grass-root worker and has also justified the name of the party “Trinamool Congress”, it still needs to be seen how this works out for her party in this elections. Another reason being the issues that have been arising between the center and the West Bengal government, making it even more appealing as to what will be the outcome of these elections. Now when we talk about “issues”, we need to understand what are the issues we are majorly looking at. Issues like the ban of CBI investigation, murders of BJP activists, concerns regarding illegal migration of Bangladeshis into the state and how Mamata Banerjee has not been considering that because of the vote bank politics, then issues like Teesta river in which Mamata Banerjee has been constantly declining any proposal made by the Central Government. For the rest of the states, however, the whole world now recognizes the fact that India has gone down from being a parliamentary democracy to being an “electoral democracy”. It will be difficult not to say that winning elections has become one of the ways of the BJP government to justify the destruction of democracy. Stopping BJP from winning elections becomes an important factor in deciding the fate of the secular democracy in a country like India and that is why these elections carry this much importance. 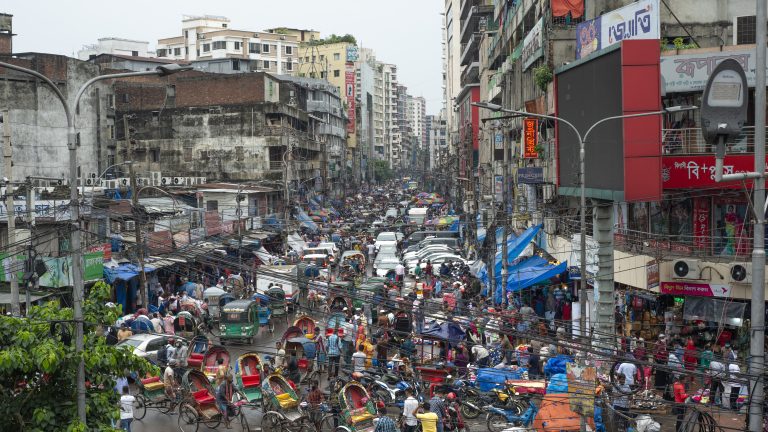 Why is Bangladesh Concerned About The Elections?
It was reported that when last week the news of Mamata Banerjee’s injury came out, it created a disturbance in Bangladesh as though it was going to affect their local election campaign, many Bangladeshis who have relatives, acquaintances, friends in India started ringing up to check up on her. Some countries have a very deep and special relationship with India, like, Bangladesh, Mauritius, etc. Bangladesh is connected to Bengal in terms of their language, their history, and their culture. Not that people outside of India have any say in the political matter, they still do adore Mamata Banerjee even though she has been consistently denying the passing of Teesta waters to Bengal’s eastern neighbor. People in Bangladesh like our Prime Minister Narendra Modi as well so it becomes a paradox that they want the Modi government to rule the nation while Mamata Banerjee remains in power in West Bengal. In Bengal and Bangladesh, the elections are considered to be no less than a festival, you will even find women in rural areas dressed up in their finest dresses to go to the polling booth as if they are going for a wedding. Therefore, Bangladeshis are taking these elections as some sort of entertainment that is going on in their backyard as they have been constantly denied such entertainment considering their government has not been challenged for the past three years.
Another factor that affects Bangladeshi’s view on these elections is that, generally, alcohol is available in Dhaka, however, drinking is something that is not allowed there, but when they can exercise this very freedom in Kolkata, they are afraid that if the BJP government win the elections, they will get deprived of such a freedom.
And the most important reason is the rumor that the people in Bangladesh have been believing. The rumor is that the whole of Bengal will have to speak in Hindi if the BJP government comes into power. This is one very important reason that is affecting the population of Bangladesh, in general, is language is something that is very emotive and carries a lot of significance for people coming from a certain type of culture.
Now the elections that are going to be happening in Kolkata between 27 March to 29 April 2021, it should be noted that the people of West Bengal have already been exposed and have experienced all three types of governance, which includes Communist, Trinamool, and Congress. So they should be able to decide what suits them the best and which type of governance can help them grow as a state.

All About The Microsoft Exchange Server Hacks