The Chairman of Louis Vuitton Moet Hennessy (LVMH) Bernard Arnault became the richest person in the world after outdoing Amazon founder Jeff Bezos. According to Forbes Real-Time Billionaire’s List, the French business tycoon’s net worth was recorded at 198.9 billion dollars.

538 million dollars was spent by Arnault in the recent months obtaining shares of his own French label brand managed by him and his family. He overtook the Space X and Tesla owner when the company announced their first-quarter earnings of €14 billion in 2021, which swelled by 32 per cent as opposed to the first quarter of 2020.

LVHM manages an empire of 70 brands including Louis Vuitton, Sephora, Tiffany & Co, Stella McCartney, Gucci, Christian Dior, and Givenchy which are separately managed and operated under the LVMH umbrella.

To all those struggling entrepreneurs out there, the story of Louis Vuitton will surely make you more determined in achieving your dream.

The journey of a poor man from a small village: Louis Vuitton 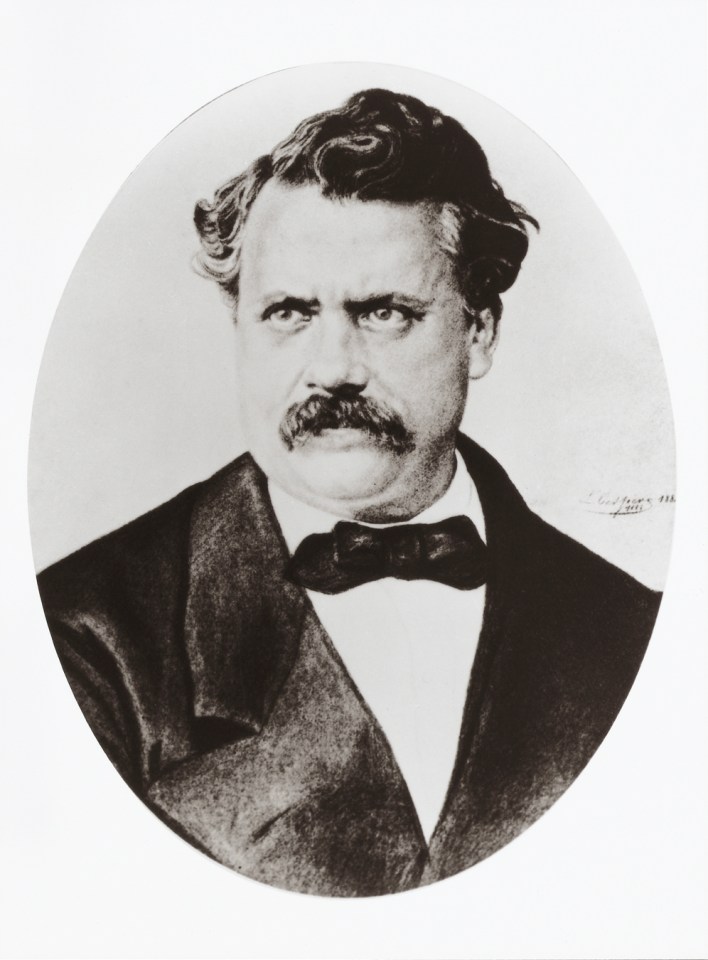 When Napoleon took the title of Emperor of France in 1852, his spouse hired Louis Vuitton as her box-maker and packer. This presented a gateway for Vuitton to a group of elite and royal clients who would seek his services for the span of his life and far beyond, as the brand Louis Vuitton would grow into the world-famous luxury leather and lifestyle brand it is now.

Louis Vuitton as a child

On August 4, 1821, Vuitton was born in Anchay, a small village in eastern France’s remote, heavily forested Jura region. Vuitton descended from a long-orthodox working-class family, his predecessors were carpenters, joiners, farmers and hat-makers. Xavier, his father, was a farmer, Coronne Gaillard, his mother was a hat-maker.

Vuitton’s mother died when he was only 10 years old, and his father soon remarried. As the story has it, Vuitton’s new stepmother was as harsh and evil as straight from the fairy-tale Cinderella villain. A stubborn and determined boy, alienated by his stepmother and bored by the rural life in Anchay, Vuitton decided to run away for the busy capital of Paris.

See also  Our assistance does not create indebtedness: India at G-77 ministerial meeting

On the first day of bearable weather in the spring of 1835, just at the age of 13, Vuitton left home alone on foot, aiming for Paris. For more than two years, he kept on travelling, taking various jobs to support himself along the way and taking shelter wherever he could find refuge, as he walked the 292-mile journey from his native Anchay to Paris. In 1837, Vuitton finally arrived, at the age of 16, to the capital city amid an industrial revolution that had created a petition of contradictions: majestic grandeur and miserable poverty, speedy growth and overwhelming epidemics.

The youthful Vuitton was brought in as an assistant in the workshop of a prosperous box-maker and packer named Monsieur Marechal. In the 19th century Europe, box-making and packing was a profoundly respectable and cultured craft. A box-maker and packer customised all boxes to fit the goods they stored and individually packed and unpacked the boxes. For Vuitton, it took only a few years to build a reputation amongst Paris’ fashionable society as one of the city’s elite professionals of his new craft.

16 years after Vuitton moved to Paris, on December 2, 1851, Louis-Napoleon Bonaparte staged a coup. Precisely one year later, he assumed the title of Emperor of the French under the royal name Napolean III. The re-establishment of the French Empire under the authority Napoleon III proved surprisingly successful for the young Vuitton. Napoleon III’s wife was the Empress of France. Her name was Eugenie de Montijo, and she was a a Spanish aristocrat.

After marrying the Emperor, she hired Vuitton as her personal box-maker and packer and charged him with “exquisitely packing the most beautiful clothes.” She presented a gateway for Vuitton to a group of elite and royal clients who would solicit his services for the span of his life.

Louis Vuitton as an innovative Entrepreneur

For Vuitton, 1854 was a year packed with change and alteration. It was in that same year that Vuitton met with a 17-year-old glamour named Clemence-Emilie Parriaux. His great-grandson, Henry-Louis Vuitton, later described, “In an instance Louis Vuitton switched the cloth frock and the typical shoes of a worker for the formal dress of the day. The conversion was extremely dramatic, but it required all the tricks and tips of the store’s department supervisor because Louis’ shoulders were much broader than those of the elite bureaucrats of Paris.”

Parriaux and Vuitton got married that spring, on April 22, 1854. A few months after his wedding, Vuitton quit Monsieur Marechal’s store and opened his own packing and box-making workshop in Paris. The sign outside the shop stated: “Delicately packs the most delicate objects. Specializing in packing methods.”

In 1858, four years after starting his own shop, Vuitton launched an entirely new trunk. Instead of leather, it was built of a grey cloth that was lighter, more long-lasting and more impenetrable to water and odours. Nevertheless, the chief selling point was that unlike all prior trunks, which were dome-shaped, Vuitton’s trunks were rectangular—offering them pliable and far more handy for transportation via new means of carrier like the railroad and steamship. Most analysts reckon Vuitton’s trunk the birth of contemporary luggage.

The trunks demonstrated immediate economic success, and progress in transportation and the development of travel set a booming demand for Vuitton’s trunks. In 1859, to meet the requests ordered for his luggage, he expanded into a larger workshop in Asnieres, a hamlet outside Paris. The business was flourishing, and Vuitton welcomed personal orders not only from the French nobility but also from Isma’il Pasha, the Khedive of Egypt. 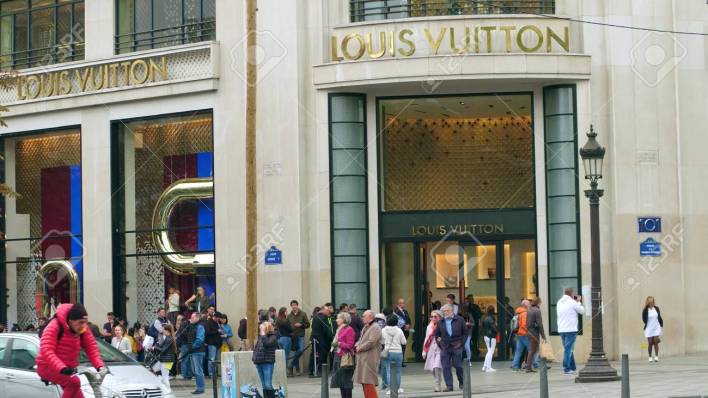 In 1870, however, Vuitton’s trade was disrupted by the outbreak of the Franco-Prussian War and the consequent siege of Paris, which gave way to a ferocious civil war that overthrew the French Empire. When the attack finally ended on January 28, 1871, Vuitton returned to Asnieres only to discover the hamlet in wrecks, his workers separated, his tools stolen and his shop ransacked.

Showing the same headstrong, can-do spirit, he demonstrated by walking almost 300 miles alone at the age of 13, Vuitton quickly dedicated himself to the reconstruction of his business. Within months he had established a new shop at a new address, 1 Rue Scribe. Accompanying with the new address also came to a new focus on luxury.

Located in the centre of the new Paris, Rue Scribe was home to the distinguished Jockey Club and had a vigorously more aristocratic feel than Vuitton’s previous place in Asnieres. In 1872, Vuitton launched a new trunk design featuring beige canvas and red stripes. The simple, yet luxurious, current design attracted Paris’ new elite and signified the start of the Louis Vuitton label’s contemporary incarnation as a luxury brand.

For the next 20 years, Vuitton proceeded to work out of 1 Rue Scribe, innovating excellent-quality, luxury luggage, until he died on February 27, 1892, at the age of 70. But the Louis Vuitton business would not die with its legendary founder. Under his son Georges, who designed the company’s popular LV monogram and future generations of Vuittons, the Louis Vuitton label would expand into the world-renowned luxury leather and lifestyle brand it continues today.

What an absolute $5 trillion economy could mean for Nifty 50 and is it plausible?