The Covid-19 vaccine scenario in India is an utter shame on the government and the pharmaceutical companies. While millions are grappling with urging for prompt vaccine supply, constant disruptions between the parties have slowed down the progress. Over the past two months, the vaccine supplies have exhausted, and the quota system triggered with differential pricing has mounted troubles for our drive to herd immunization.

Bharat Biotech Defends Higher Pricing, Here’s what it had to Say:

Amidst long-standing arguments over differential pricing of Covid-19 vaccines, Bharat Biotech has claimed that the supply rate of Covaxin to the government is not sustainable in the longer run. Covaxin discerns a price cap of Rs 1,410 per dose in the private markets, which are exponentially higher, despite being indigenously produced. It is noteworthy that considering the harsh circumstances, the price is expensive.

However, Bharat Biotech has pointed out that significantly higher prices are being divulged to the vaccine for fundamental business reasons. The higher price of the Covid-19 vaccine resorts to offset parts of the costs as only 10 percent of the doses are getting shipped to private hospitals. On Tuesday, the manifestation got based on the fact that the weighted average price realized by the company is far lesser than the intended limits.

The statement went along creating controversies as the manufacturer said that the price of Covaxin to the Government of India is non-competitive, and markets cannot get regulated substantially. The vaccines are being provided free of cost to eligible Indian citizens by the government, limiting the procurement from private hospitals.

While the private acquisition is discretionary and is highly reliant on the consumer’s willingness, Bharat Biotech has been mounting pressure on experiencing losses on the business aspect. In keeping a view of the fundamentals, the rationale of high prices has got defined as a strategic interest rather than an erroneous opportunity to claim high profits. 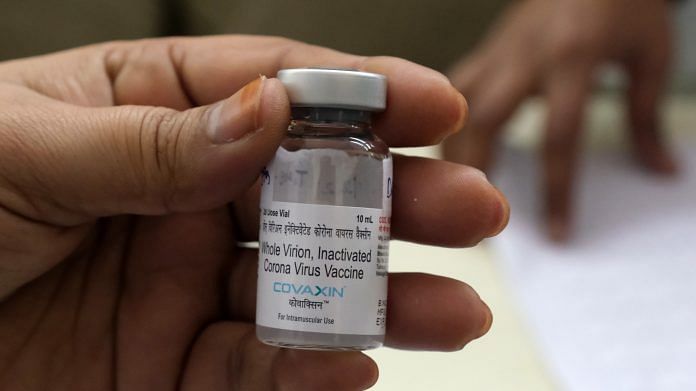 A Proportional Supply of the Covid-19 vaccine to the Government

Less than 10 percent of the total production of Covaxin has got supplied to the private hospitals, claimed Bharat Biotech. As per the government’s directive, a large proportional supply has got delivered to the state and the procurement agencies demented by the Centre. The average price realization of vaccine supplies stands at Rs 250 per dose, far lesser than the estimations. Going forward, the policy is entitled to change as around 75 percent of the production capacity to the state and the central government, and the rest residing with the private hospitals.

The vaccine maker has defended its higher pricing by conceptualizing some live examples. Human Papillomavirus (HPV) vaccine has instituted a differential pricing policy where GAVI supplies are priced at $4.5 per dose. On the other hand, the same dose is getting imparted at Rs 3,500 per dose to private hospitals. On the consensus, the pricing policies of Covid-19 vaccines have varied between private and state health care. Particularly in India, SII Covishield comes at Rs 780 per dose, and hence the ludicrous double amount attributed to Covaxin is considered manipulative.

So far, Bharat Biotech has incorporated 500 crores into vaccine production. The wholesome at risk has emerged from its own resources for product development, clinical trials, and expanding manufacturing facilities. Experts have questioned the headway of such a statement as the technology-based R&D gets subsidized from the government funds.

It doesn’t waver the claims made by the managing director of Bharat Biotech last August. Dr. Krishna Ella compared the prices of vaccines with that of a water bottle. The water bottle costs five times the rates of the Covid-19 vaccine. Who knew his statement was delusional as Covaxin has become the third costliest dose across the globe, behind China’s Sinopharm and the one by America’s Pfizer.

India’s vaccine knowledge and innovation have been substandard, and it is distressing to observe a country with such large-scale resources wandering for pharmaceutical products. According to the company, the distressing effect of Covid-19 vaccines has been triggered by lower pricing as it dispirits domestic research and development.

The statement further said that pharmaceutical companies capable of large-scale manufacturing and innovators of specialized product development should be allowed differential pricing for the state governments and the private hospitals. Over the past year, Bharat Biotech and SII have battled it out for acquiring maximum revenues, as they inaugurated the concept by deciding three different prices under the quota system. The press release stated that the low-price realization for the home-grown developers limits the opportunities for product innovation and substantial prospects in India.

The pharmaceutical companies should have got leverage to perpetuate the dual pricing policy. In the present scenario, we are working as contract manufacturers for the government without utilizing our intellectual know-how, it said.

War of Words Between the Experts and Covaxin’s Manufacturer.

The rationale of high prices has had contrasting opinions, and uncertainty is looming yet again on what’s the reality. On one side of the spectrum, Bharat Biotech has claimed that whole-virion inactivated Vero cells vaccines induce a high level of complexity, and the manufacturing process has to process through multiple level containment and purification methods.

Due to the elongated procedure, every batch of Covaxin has to surpass 200 quality clinical tests before its release. The highly contagious nature of the live Sars-Cov-2 has upended the urge of containment facilities, which require lumpsum investments. The sheer complexity of the development requires the company 10,000 square meters of area for producing 200 million doses annually. It contradicts the natural conception around the vaccines for the live virus as they could get processed within small-scale premises.

Experts believe that the technology adopted by Covaxin’s manufacturer is identical to Hepatitis B, and it could have followed the path of large volume and economies of scale to cut down the cost of manufacturing. It has claimed that the costs should be transparent as the government has rallied its efforts in developing and investing in pre-clinical trials.

Lawyers said that the production gets centered around old and a processed technology. BB, through its current pricing policy, has attained extortionate profits. And the foretold story of vaccines cheaper than water bottles has turned out to be cruel jokes. There is no justification for the high price against the backdrop launched by Bharat Biotech. Covaxin’s integration is a collaboration with ICMR, and there is no way the company has lacked financial backing and mobility, claimed a body of experts.

The government has initiated little investments, which has shed the blame on the pharmaceutical companies. The noticeable factor in the vaccination dilemma has been the criticism proposed by parties on each other, both neglecting their duties. High-intensity production for the Covid-19 vaccine is required, with Bharat Biotech shifting its pricing bizarrely, it is inevitable to introduce a universal policy to avoid profiteering in the private hospitals.

Consumers Forbears Buying Chinese Products Over the Past Year claims reports. Is the boost indispensable for Atmanirbhar Bharat's mission?