Women’s empowerment is essential for the sustainable development of a community. Equal dignity and respect are the basic principles of living a productive and melodious life. The abilities and knowledge of women often get neglected due to generational factors like gender discrimination, inequality in living standards, and lack of recognition by the general public.

Along the timeline, the women have lagged in getting the same recognition and respect as men, and thus they are not settled at a slight shift in the trends. They want to stand to affirm held high with men in every aspect of life, and that’s exactly how it should be remarked in my opinion.

HOW HAS THE SYNOPSIS OF WOMEN CHANGED OVER THE YEARS IN INDIA?

Women’s empowerment in India is heavily dependent on many different variables which include geographical location (urban/rural), educational status, social status (caste and class), and age. Policies on the empowerment of women exist at national, state, and local (panchayat) levels. Still, women face differentiation in many sectors like health, education, economic opportunities, and political participation which shows that there are significant gaps between policy advancements and actual practice at the community level in engaging women in prominent matters of the State.

It is an undeniable fact that women today are as compelling to men in uplifting the economic situation of India, and women empowerment in the corporate world has a direct impact on the stimulation of national development.

What can we pretend about the trends in the scenario of women empowerment in the distinctive sectors? India’s corporate world is on its way to creating a pipeline of women national leaders by broadening the thinking, coming up with training initiatives, and implementing across the organizations for all the women executives.

HAS THE GOVERNMENT INTEGRATED INITIATIVES OR THE WOMEN HAVE MADE THIS MARK ON THEIR OWN?

While the term “women empowerment” is used in concrete debate by the professionals and the policymakers, it lacks clarity on how it can be achieved and what measures should be taken care of before moving further ahead into amending the policies.

It has almost become a fallacy on the government as they aren’t able to revolutionize the situation in India by any means. Over the past years, the debate on women empowerment has intensified as a fundamental approach to transform power relations in favor of women in India.

Given the ever-increasing emphasis on women’s upliftment in the economy, I seriously condemn the opportunities given to women’s communities to despair the barrier of socioeconomic disparity, as they are more than capable enough to boost the economic reforms of developing countries in India.

The deliberation of arguing, discussing, and thinking about amending the reforms would not be resolved by just asserting the problems and not delivering the solution. Lately, the government has shown signs of improvement in transforming things in favor of women’s betterment.

It is imperative to make a distinction between reforms that are for women, and women empowerment. What I emphasize is that in the present scenario anything happening in favor of women falls under the category of ‘women empowerment,’ which is a fallacy claim as these are two different concepts on their own. 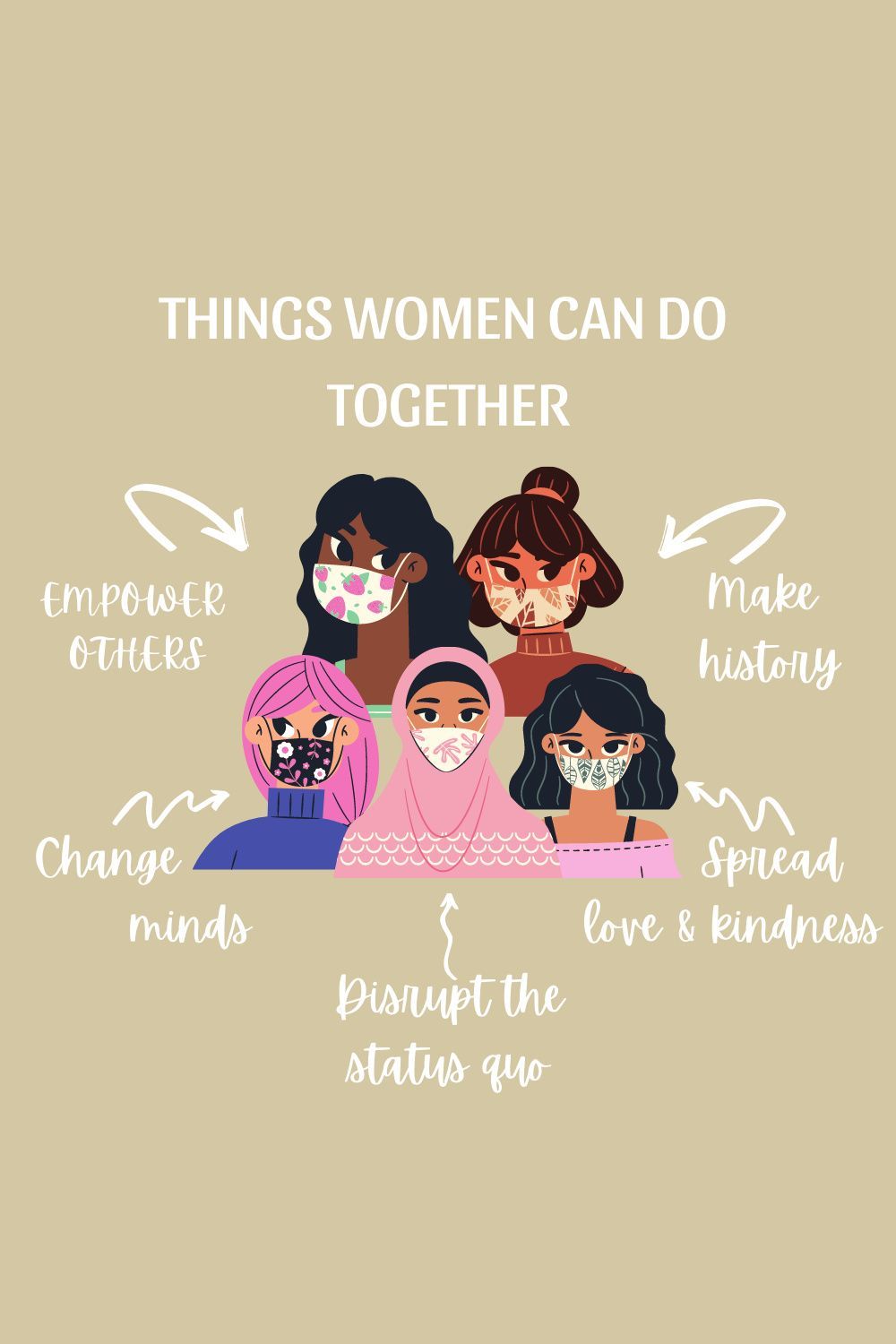 As the economic situation in India requires stabilization from the constant stagnation after the emergence of new schemes under GST, and more recently, the surge of the coronavirus pandemic across the world economy.

Including women for leveraging credit is largely postulated due to two primary inferences:

Self-Help Groups have been brought up for the exhilaration of the women accumulating in the rural areas. While these Self-Help groups cannot afford large sums of investment, they have to rely on utilizing the credit where they become accountable to on-time repayment through the peer pressure enforced by the external forces.
Another major factor that hinders women’s empowerment progress is the accessibility to credit leads. Generally, women are not able to access the right in decision-making about the overall empowerment scheme that breaks all the hopes of coming out of their comfort zone.

The government is looking forward to reducing the economic and social disparities between men and women. The steps undertaking are competent enough to improve the present scenario but looking forward more compliant efforts are needed. In my opinion, if we follow the women for women principle across different public departments, then a higher spike could foresee the women attain a better position in the nation.

Since 2015, there has been a tenfold rise in the number of SHGs as the prominent men of the villages started approaching various organizations asking help for women in their community. The role of SHGs is a crucial aspect in involving more women in the groups as they can be self-dependent and seek knowledge by efficient training from the skilled women organizations.

In India, the present scenario exhibits the authority of women in the corporate world as they have reached great highs by their persistent efforts to uplift their living standards. Companies like Adobe India, Indigo are not only encouraging women by giving them employee incentives, but they have conceived a work culture that understands and encourages women to be as active as a man by providing them with the necessary training and stimulating their capabilities by guiding them to enroll in the women leadership programs.

DELUSION ABOUT WOMEN EMPOWERMENT IN THE GOVERNMENT RANKS

As aforementioned earlier, the government should put behind its mythology about the concept of women empowerment, as anything coming in favor of women should not be considered as women’s entrust. In my thoughts, it is an extravagant fallacy generated by the government.

The Delhi State Government, along with other states have presented the idea of a regeneration change in the women welfare programs so that there is an evolution in the position of women in today’s world.

Speaking to the media on the threshold of such a special occasion, Kejriwal insisted that systems are in full force to encourage women to make their own mark in this country, as he quoted: “ In the last few years, expenses have been going up but people salaries have not. This makes it more difficult for women to manage their homes. Delhi is the only city where people get free electricity. When this was implemented, it was women who were the happiest.”

Kejriwal also insisted government’s offering of free bus rides to women and stated that it has installed over 2 lakh CCTV cameras 3 Lakh Street Lights for increasing the safety of women against the certain hike of crime rates in India.

The major argument that has been put forward, even though the government has taken the initiative of supporting the inauguration of more Self-Help groups in rural areas, the lack of robust credit services hindered their approach, and thus they live at subsistence level and are subservient to household needs. It is further argued that microcredit facilitated through SHGs may help women to engage in income generation activity thereby increasing mobility, confidence, and overall status of women.

HOW ARE WOMEN AND EMPOWERMENT INTERLINKED?

Credit does impact the lives of the woman, but it is not as much influence as for the independent farmers and entrepreneurs, but the income equality does have a significant impact on the confidence of women to sustain a better living standard.

Access to both income and credit is a step forward for realizing equality among the disparities that prevail between men and women. It alone is not a sufficient condition for empowerment. Nevertheless, most of the programs revolve around these two aspects without hitting the social structures we are in.

In the hindsight, the government should empower more women into the administration set up as their confidence will boost up and it would encourage more women from the rural areas to dream about having an influential career themselves.

THE EVOLUTION IN WOMEN’S POSITION IN RECENT TIMES

Women empowerment has come a long way from being not recognized by anyone to be the most influential leaders of the country, they have proved to be an exceptional inspiration for the young girls who dream big.

According to my hypothesis, look around the situation a few years back, the recognition and respect weren’t as much as it now but more concrete discussions have been conducted by various political houses. The government ought to look beyond the disparity to improve the current situation after the coronavirus crisis, the contribution of both men and women was considered important.

The UK lawmakers' debate on farmers in India is false and one-sided: says Indian High Commission

Tanish seeks new opportunities as a professional content writer and writes on several fundamental topics like businesses and economics. The focal point remains on expressing opinions on critical aspects concerning the economy.
By Tanish Sachdev
Follow Us
Weather
New Delhi, IN
Mist
25 ℃
34º - 25º
100%
2.57 km/h
34℃
Sun
36℃
Mon
36℃
Tue
35℃
Wed
35℃
Thu
Recent Tech News
Facebook Twitter WhatsApp Telegram Viber
Back to top button
Close
Popular Posts
Most Commented
Recent Comments
We use cookies on our website to give you the most relevant experience by remembering your preferences and repeat visits. By clicking “Accept All”, you consent to the use of ALL the cookies. However, you may visit "Cookie Settings" to provide a controlled consent.
Cookie SettingsAccept All
Manage consent