Patagonia, a California-based outdoor retailer, sued former US President Donald Trump three years ago for depriving protected lands in Utah of federal protection, potentially opening up two million acres to logging, drilling, and mining. Patagonia is known for both its outdoor clothes and accessories, and for its environmental advocacy. Many Native American representative organizations represented Patagonia in its suit because the land, as Patagonia puts it, is a cultural landscape sacred to tribes.

Recently, the CEOs of major US corporations released an ad protesting against new voting laws passed by Republican legislatures (Georgia, Texas, and Arizona, to name a few) that seek to disenfranchise voters, especially those from African-American and Hispanic communities. The CEOs of Google, Amazon, Starbucks, General Motors, Merck, and Netflix were among the signatories. Any CEOs who did not sign the petition, such as JP Morgan Chase’s Jamie Dimon, had previously issued statements condemning the new rules. These incidents are not one-off occurrences. Corporate America is gradually coming out of its cosy boardrooms to highlight and protest government decisions or public policies that are considered unjust, biased against a particular group of people, or outright false. This growing wave of corporate activism has gotten a lot of support, but it’s also gotten a lot of criticism from right-wing politicians and tone-deaf business school professors. 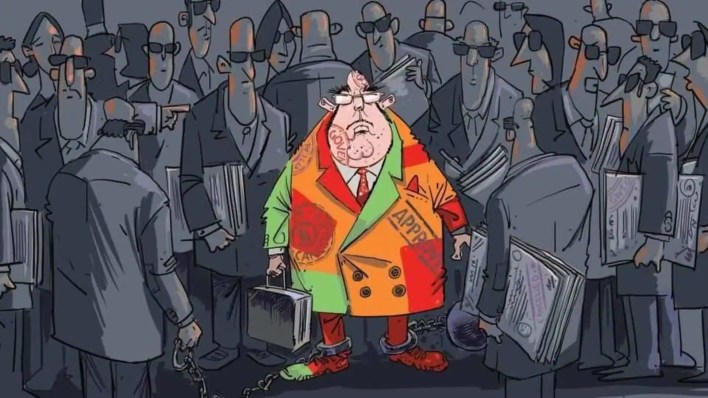 There are four perspectives on corporate activism.

For starters, it shows a firm’s ability to be considered a central stakeholder in the wider governance matrix rather than a passive legal body.

Secondly, the corporate sense is hard-core: Because their employees and customers (especially millennials) are either directly affected or deeply concerned about environmental or political issues (such as “Black Lives Matter”). Thus, the companies are aligning with them.

On social media, silence on key issues will reverberate loudly. The third objective is strategic: Many businesses prefer to connect to social or political problems so they are synchronized with their corporate strategies.

The fourth lens, somewhat sceptical, considers this advocacy to be posturing or an advertising ploy and argues that executives should rely only on enrichment for shareholders and not endanger the business with personal political whims.

The increase in corporate activism seems to set a template for the presidency of Joe Biden, possibly prompting the government to step in those directions. This brings up a bigger question: Is India Inc establishing or adopting a template from New Delhi for the Indian Government?

Traditionally, the Indian corporation always followed the leadership of the government. Perhaps it is time to modify it.

This is all the more important in all vital Departments – planning, logistics, implementation and even communication – after the government has failed to deal with the covid health crisis, where the private sector typically has a high rating. But both India Inc and the government in one region were seen to be completely insufficient.

Since the pandemic broke down in March 2020, the huge deficit in India’s health infrastructure was clear. As soon as the government began relaxing its lockdown — partly and totally — our collapsing medical system on a war-based basis would have been the logical way. The government certainly has only a six-month timeframe between October and April, when the outbreak rate decreases. However, in this timeframe, few efforts have been made to reconstruct the supply chains disrupted, reinforce logistics networks or expand public health capacities as much as possible. On the contrary, the doubtful arguments of herd immunity have led to premature rejoicing.

See also  Is the government pick-pocketing money from retail consumers in the name of petrol and diesel prices ?

India Inc suffers from similar premature elation and an unexplained tendency to ignore danger, even though it is right in front of businesses’ faces. Indian companies have often mistimed their investment decisions and debt-loading behaviour in an economy that is still getting used to market cycles. The origins of this may be traced back to decades of immunity and an ingrained risk-reward matrix that favours crony capitalism over free competition and fair play.

India Inc’s neglect for its workers in March-April 2020, and again in 2021, illustrates its risk-aversion conduct, especially the several long-term consequences for future productivity. The inability of India Inc. to look after its workforce (consider how even non-essential staff are required to travel to work in the middle of rising illness rates) could also be a result of a larger governance deficiency.

The ongoing healthcare issue is a warning sign that Corporate India wants to reform and engage in new forms of corporate advocacy. In the midst of a crisis, the government has consistently abdicated its civic duties. Involving both parties in decision making will also fight inequality. India Inc. must take the lead to fill in the gaps left by the state. There are, without a doubt, many dangers. The government continues to use central investigative departments as retaliatory tools. However, we’ve hit a turning point, and India Inc. must now enter inclusive civil society and we can take the first step by making it more labour–

The 1,500-mile travel itinerary of a coronavirus vaccine to reach every part of India