The vaccination drive in India can be categorized as the most ill-planned, baseless, and mismanaged ongoing COVID-19 vaccination drives in the world. A country with more than 136.6 crore people are deprived of vaccines, and even if the vaccine is administered at the right time, they are struggling to get their second dose. The central government has also stepped back from its responsibilities, leaving everything on the shoulders of the state government.

The states have now to spend their own capital, which is far less than the central government’s budget. The government of India collected the PM’s care fund with contentedly, only to ditch the Indians in the end-time. While thousands of Indians were struggling to get access to hospital beds, medicines, and even vaccines during the second wave of COVID, the government of India enervated all that amount on winning the elections just to lose it.

Of course, the public is not an imbecile, and can’t be deceived easily by the PM’s ‘superior image’. The public of India is has seen it all for 7 years, starting from the ill-planned demonetization to the exacerbating situation of the country due to COVID. PM Modi is claiming on various social media platforms that India has defeated the COVID-19 pandemic under his leadership.

Ironical, isn’t it? India has lost the COVID-19 pandemic under PM Modi’s leadership as thousands of Indians lost their lives due to a lack of medical supplies. And even if India has somehow managed to control the pandemic, it is due to the there own struggles and a grappling control on the pandemic as Indians had no option but to become ‘Atmanirbhar’ in the end. Unerringly, the Indians had to face arduous struggles to overcome the deadliest second wave of COVID pandemic in the world, and it is no over-exaggeration of the facts.

The vaccine crisis in India is exacerbating with every passing day. Even if the people somehow manage to get their first dose of vaccine, getting their second dose is no less than being in dire straits. People are struggling to book their COVID-19 vaccine slot on the nugatory CoWIN. Finding a vaccine slot has become as difficult to find a straw in a hay heap. Several memes are made on India’s vaccination drive on social media and it is called the famous ‘fastest finger first game.

India’s heavily implemented vaccination program could jeopardize the future of thousands of young people. Indian students who are determined to go to foreign universities this year are struggling to get vaccinated, which is one of the most important things to get into several countries and to attend courses at many institutions. There is no national law imposed on such students by the Narendra Modi government. Other provinces – Kerala, Telangana, Andhra Pradesh, and Gujarat – have agreed to give such students first, and the two largest cities, Mumbai and Bengaluru, have also started with the vaccination. 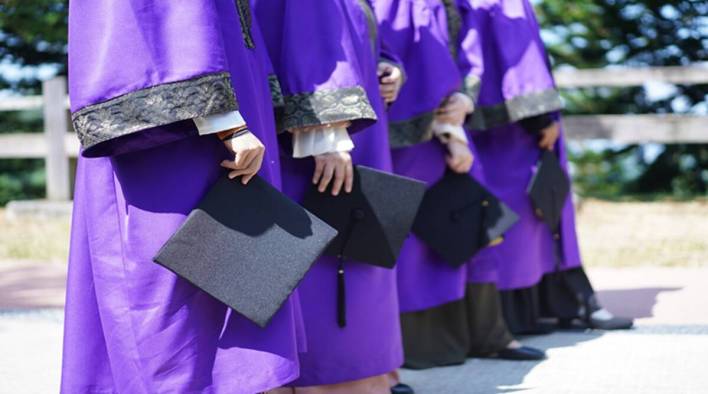 Even though the states have come up to assist these students, they are still struggling to manage their vaccination drive. In Maharashtra, when the COVID-19 pandemic did not exist, nearly 40,000 students used to travel abroad for their education. But as of now, there are merely 3 vaccination centers in Mumbai that are dedicated to vaccinating these students. These centers have a meager capacity of vaccinating 100 students each day.

Several other centers that have agreed on vaccinating these students have not commenced their vaccination drive yet. But there is no fault of these vaccination centers, the biggest problem is the acute shortage of vaccine supply in the country. This mismanagement can cost a year to these students! In 2019, millions of students traveled to the UK, USA, and Canada for their education, but would this be possible this year? With the current pace of vaccination and the government’s indolent actions, we don’t think so!

Students grappling for the vaccine raised their concern via tweets

On May 31, the BMC, Brihamumbai municipal corporation, mentioned in a tweet that 987 students aspiring to study abroad for their higher education were vaccinated Cooper hospital (324), Kasturba hospital (338), and Rajwadi hospital (325). But these claims by the BMC were found false since many students complain that they were turned away after waiting for several hours to get vaccinated. In the Cooper hospital, the mismanagement was at its peak since no one was there to review the university documents and only 40 doses were available, even though the website showed 50 doses. In Rajawadi, too, 50 volumes were available while more than 500 students were lined up, allegedly by the netizens.

Among the respondents was 26-year-old Sandesh Avhad, told that he had been trying and failing to find a vaccine slot in the Cowin app for a month now. He said he would still prefer a queue outside the center at 4 am instead of hunting for an appointment. Like Avhad, most students have been told to return home after waiting three hours or more. The students were not only frustrated by the lack of clear communications, but also by the gross violation of the Covid-19 public relations agreement. Even those students who somehow managed to get the vaccines complained that the mismanagement caused huge problems to them.

The yearn for second dose continues

India’s vaccination drive is dependent on mainly two vaccines: Covaxin produced by Bharat Biotech and Covishield, by AstraZeneca. Covaxin’s efficiency is currently under study and not recognized by the WHO. Due to its ongoing studies, most foreign universities don’t accept this vaccine to admit the students. Covaxin gets administered with a four-week gap, which implies that the students could attend their semester within time. On the other hand, Covishield has a 12-14 week gap between its two doses. The new semesters are starting from August in most international universities, which means that the students won’t be able to attend their universities on time.

Some states are trying to reduce this barrier. For example, the Kerala government will allow those who travel overseas for work and higher education to take a second dose of the Covishield vaccine four to six weeks after the first dose. On June 1, politician Priyanka Chaturvedi wrote to the institute to bridge the gap between the rates of students traveling abroad to further their studies. But there is no clarification on this from the central government.

Tesla’s self-driving cars – is it ‘have your faith in God but keep your gun ready?