It’s time to take a glimpse inside one of the most successful business people as the new era approaches, Vijay Shekhar Sharma. The Indian startup scene has seen a lot of incredible stories. The expansion of numerous global corporations has increased its worth and value as an ecosystem where everyone has the chance to succeed. If you live in India or have been following the Indian startup scene, you may already be familiar with Paytm. It is regarded as one of the pioneering e-wallets and the embodiment of the Indian startup ecosystem in the e-wallet industry.

According to Forbes’ list of India’s 100 Richest People, Vijay Shekhar Sharma is the second-youngest billionaire in the country, with a net worth of $2.35 billion (2020). Sharma has lost his billionaire title, according to reports from March 15, 2022, with a net worth estimated at $999 million. When he was 27 years old and living in Aligarh, Sharma used to make about Rs 10,000 a month. Vijay Shekhar Sharma’s path from the small hamlet of Aligarh to serving as the CEO of one of the biggest fintech firms specialising in digital payments and wallet-based payments is both singular and inspiring. 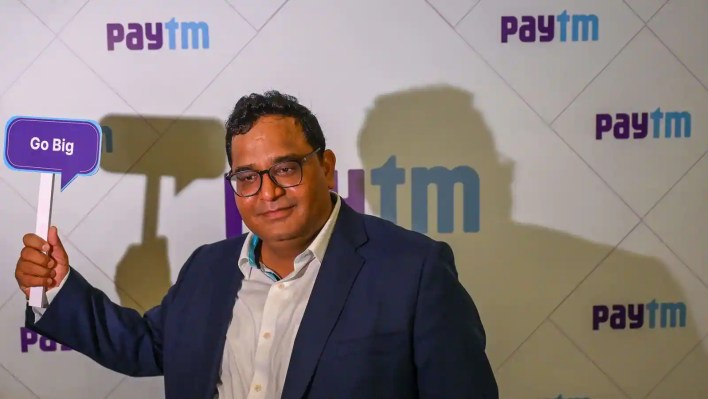 The life of Vijay is comparable to that of Mahendra Singh Dhoni. Both were from tiny places, but they had unwavering passion and tenacity that led to a significant transformation in the system. In the real world, Vijay is humble and unpretentious. He expresses himself honestly. Because he is an honest person who is kind to everyone, his coworkers adore him. Everyone loves him in the Indian startup scene because he personifies the tenacity of a young company.

Vijay is also renowned for his enthusiasm for rock music and lives rock performances. The founder of Paytm is famous for giving moving talks. Additionally, he exudes genuine joy in his role as CEO and frequently uses the podium to provide inspirational lectures that are wildly received by both audiences and Paytm staff.

Every time Vijay told his life narrative, it was clear that he fully understood what it took to be successful in the demanding and constantly evolving world of entrepreneurship. He had experienced the difficult days when one had to work hard with little assurance of success. However, Vijay has a remarkable talent for making others laugh since he values his beginnings and mistakes.

Vijay is one of the most endearing CEOs in the nation right now, thanks to the aforementioned traits. One must be aware that despite his humble humour, Vijay still firmly believes in igniting change. 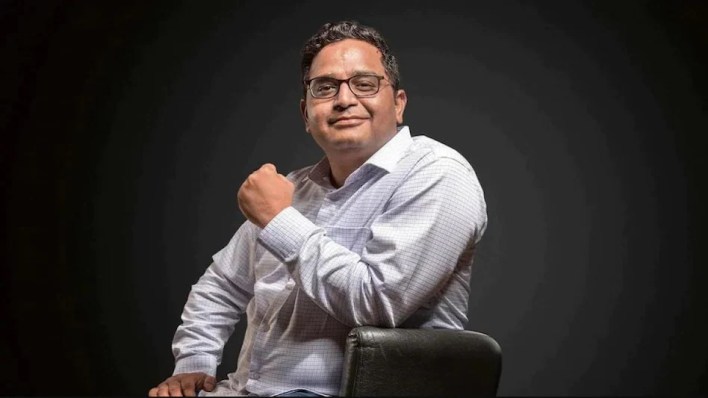 Vijay was a schoolteacher, the third of Sulom Prakash and Asha Sharma’s four children. He has witnessed the challenging existence of the nation’s economically underdeveloped region. His batchmates didn’t have enough money to purchase a pair of slippers when he was a 12-year-old child who frequented his school while wearing a chappal. He penned a poem after seeing this to express his shock at the unfairness of life.

Vijay was stationed in a tiny town in Aligarh, his hometown. Vijay, who is 27 and makes about Rs 10,000 per month, was once regarded as an unsuitable bachelor. Despite the obstacles’ best efforts to wear him down, he never lost his ability to shine.

See also  Top 10 Most Promising Startups in Kerala in 2022

Sharma was illiterate in English because he didn’t even have an educational foundation. He didn’t back down, though, and used rock music to teach himself English.

Vijay claims that attending a Hindi-Medium school came with a lot of challenges. Hindi-medium school students in the 1990s hardly ever had access to books or coaching facilities! Vijay had so come to the conclusion that he was travelling alone on his journey to achievement.

He expressed his life during his time at DTU in a manner reminiscent of the well-known Bollywood film Tare Zameen Par! In other words, he could see his teacher’s lips moving, but he could not interpret a word! He and his pals would read the answers while studying for the tests, not understanding the questions because they were written in English. He did, however, effectively overcome one of his biggest fears!

Paytm, established in August 2010 and one of the most widely used digital payment services relied upon by both consumers and merchants, has always been highly regarded as a corporation. Additionally, on November 8, 2021, one of the largest initial public offerings (IPOs) in Indian history began. However, after Paytm shares were listed, the company experienced some challenging dips in share prices, which fell to an all-time low of Rs 1,283 per share, a record-low decline of around 37%. On November 23, 2021, it was reported that the company’s shares had finally increased in value by 9%.

The RBI recently forbade Paytm, owned by Vijay Shekhar Sharma, from adding new customers to its Paytm Payments Bank banking division. This severely impacted the performance of Paytm on the stock market. The company’s shares plunged 14 per cent to a new low of Rs 672 on the BSE in intraday trade on March 14, 2022, as soon as the news started to spread. After it applied for its public listing, everything began.

Paytm, which formerly controlled the market and anticipated a generous public listing with an issue price of Rs 2,150, has seen a significant decline in value, which has fallen by 70%. According to sources from March 18, 2022, Vijay Shekhar Sharma, the founder and CEO of Paytm, has lost around Rs 88 crore every day since the company’s debut on the stock market on November 18, 2022.

Since the beginning of 2022, Paytm has been the subject of numerous controversies. Reports about the arrest of Vijay Shekhar Sharma, the founder of Paytm, surfaced alongside the fintech company’s shares’ free fall. According to reports, Vijay Sharma was detained and released on bail the same day, February 22, 2022, for hitting DCP (South Delhi) Benita Mary Jaiker’s car. Even though the creator of the fintech company and the company are currently up against numerous obstacles, this too shall pass. 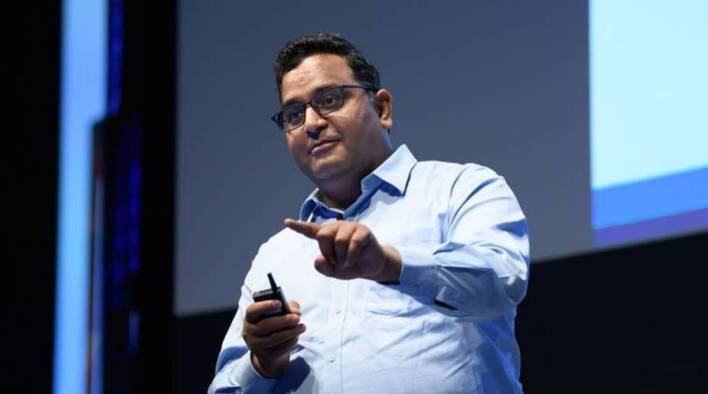 Converting The Obstacles Into Opportunities

When Vijay went to the market one Sunday and picked up a Forbes magazine, his life began to change. He learned about the startup success stories of major firms like Apple, Intel, and HP and how they rose to the top of the list. Every business shared the same trait: they were all constructed from garages in the basement! Vijay then desired to visit Silicon Valley. But that was never feasible due to a lack of funds and resources.

Consequently, after giving up, he persisted in teaching that Vijay could build a Silicon Valley in India even though he could not get there.

So, in 1997, while still a student, he founded an online business with his friend Hari. In 1997, while still in his second year of college, Vijay founded a company named XS Corps. Given that the internet was making rapid technological advancements at the time, they both wanted to create search engines and anticipated that the search engine would become the main draw. Considering this, Harinder Takhar and Vijay Shekhar Sharma created indiasite.net, designed to act as a search engine for a company. They put in two years of arduous effort on it before pulling off a great deal and selling the website to US Lotus Interworks for $1 million.

Vijay Shekhar Sharma created electronic itineraries for Jet Airways in the same year, quite early in his career. He also created a different website for India’s tourism bureau. Sharma was incredibly impatient with his academic pursuits, in contrast to the other endeavours in his professional career, where he was earnest, passionate, and dedicated. He used to leave exams early frequently. “I wanted to accomplish a lot in a short amount of time,” Sharma remarked.

Sharma’s business, XS Corps, aimed to build an Indian search engine. Even though this proposal could not be implemented at the time due to a lack of finance, the firm developed a content management system that assisted various media organisations, including Living Media and Express Group, in hosting their content. Sharma planned to apply for the job at River Run Software, which offered the best pay on campus, in his last year of college. Sharma’s memories of the interview day are still very recent. He was under a lot of pressure on this particular occasion, as he had also been in a few other situations.

For instance, Vijay felt the same mysterious pressure whether he was in front of Jack Ma or when he was sitting face to face with the governor of the RBI.

A US businessman purchased XS Corps in 1999 for $1 million in cash and some stocks. This allowed him to settle his father’s debt, and after doing so, he departed his position there. His parents recommended he get a real career, but he was so focused on starting a new business that he could never hold onto conventional employment for very long.

Throughout his life, Vijay wanted to be a bird with freedom; he never wanted to be a horse who runs the same track repeatedly! As a result, he established One97 Communications in 2000 with the goal of realising his idea of building an online directory that anyone could access through SMS. Sharma developed the concept and added more value-added services, like live astrology, cricket, music, and more.

However, he soon discovered that it’s not as simple as it sounds to get money back from Indian cellular companies. He discovered early on that cash flow is more important than profitability. In 2003, Sharma had to look for new employment once more because the company was in danger of failing due to the absence of a collection team and growing amounts of unpaid debt.

He was experiencing a cash flow issue because his clients never made timely payments. In addition to taking on the business of fixing computers for a daily wage, Sharma was compelled to sell his angel investor at the time 40% of the company for Rs 8 lakh. It was a crucial time for Vijay since he wanted to ensure his sister’s marriage took place smoothly, who was soon to get married. His father was denied a loan of Rs. 2 lakhs despite not having any loan defaults on record, which was a major issue for the family.

He created Paytm, a platform designed to address the problems of the underprivileged and economically disadvantaged segments of society, as a result of taking inspiration from these sources. The platform was created for the kind of business owner or auto-rickshaw driver that no banking institution ever respects or likes. 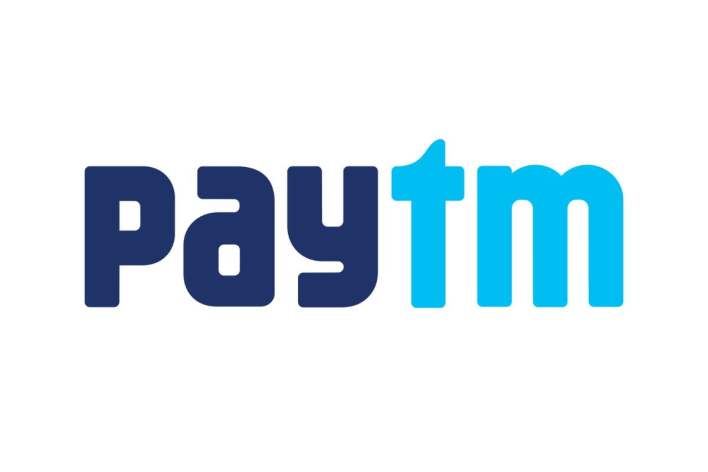 The platform has been linked to the development of e-wallets in the nation. The Paytm Payments Bank has established itself as the first service to provide a zero-balance account option. Additionally, this portal offers UPI payments and shopping options. In the present era of e-commerce, the reputation of Paytm as a brand is growing.

Throughout his career, Vijay Shekhar Sharma has won various honours and distinctions, some of which include: 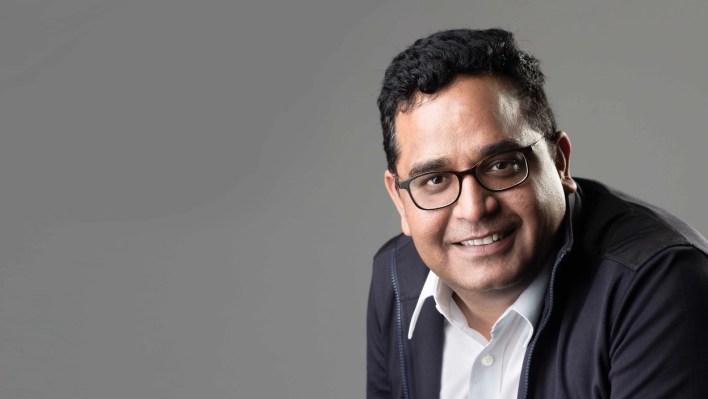 Vijay has served as the spokesperson for India’s economically disadvantaged population. Despite coming from a family that struggled financially, he overcame obstacles and fought to improve society. Without question, Vijay is one of the most well-known figures in the Indian startup scene.

Gas prices and inflation have not stopped Uber's business from booming