War is ongoing in Ukraine, Syria, Myanmar, and Bangladesh, giving life to the dismal lives of refugees. These refugees face not only the difficulty of gaining bread but also moral and security quandaries in the future.

What do you think from hearing the word ‘Refugee’?

If we define a refugee as just the movement of individuals from one country to another, it may appear to be any other definition. Imagine damaged houses, filthy clothing, poor sanitation, a shortage of food, isolation from family, friends, culture, habits, belongings, and no guarantee of seeing the sun tomorrow!! Doesn’t it sound awful? That is a refugee’s life. A refugee’s sense of insecurity extends far beyond the terrifying sounds of firearms and ammunition.

Who is, in general, a refugee, and what is the refuge?

In general, a refugee is an individual, a group of individuals, or a community who was compelled to escape a particular location to defend and protect their life from danger or mistreatment due to political or religious beliefs. A refuge is a haven sought by refugees. 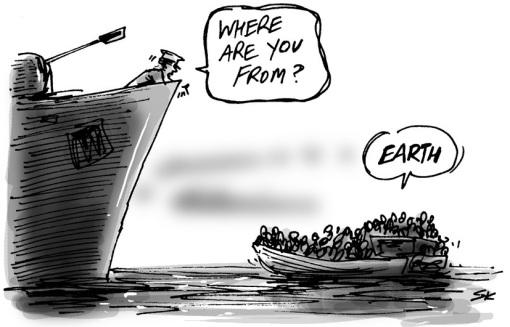 Globally, 2023 will be a terrible year for the travels of these homeless individuals. A significant number of these people are the result of the current geopolitical situation between Russia and Ukraine. It is proven that around 13 million people, roughly half of Syria’s population, were tormented mentally as a result of the war effects of Bashar al-Assad and the Russian artillery behind him, and were forced to flee their land. 7 million of this population depart the region in total.

At the same time, over 14 million Ukrainians are facing the same catastrophic repercussions as a result of Russia’s invasion of their homeland. However, there are certain instances of humanity in this scenario, since only a few countries have extended assistance to these refugees. Some have sought refuge in Western Europe, and a handful has entered the United States under Biden’s administration’s Uniting for Ukraine initiative. Not only have governments opened their doors to these migrants, but they have also provided financial assistance to them.

Is the situation going to worsen even further?

According to sources, the Russian administration is planning a missile attack against Ukraine’s civilian electricity and communication infrastructure, exacerbating the already grave situation. Every day at the Polish border, the pitiful state of their compatriots is witnessed, leaving their nation and culture with weeping eyes and sorrowful hearts. They have no idea where their steps will lead them, and they are concerned about whether the new land will welcome them, whether they will be able to speak their dialects, whether they will be able to accept their cuisines, or whether they will be hanged somewhere in the borders for an indefinite time.

The agony is compounded by the knowledge that how much time will pass before these immigrants are recognized as citizens, or if will they strive for citizenship for the rest of their lives.

Does the problem revolve only around the livelihood, or is there a greater concern behind, endangering the lives?

If you think the problem is only with the ‘bread and butter’ of the refugees, then you need to read this. The condition is not only about livelihood, but the question is about the survival of these refugees! The increasing number of refugees is not just a landmark problem, the matter captures a drastic amount of social and political consequences. Recall the brutal killing of Rohingya Muslims by the Myanmar military.

The first Rohingya genocide took place from October 2016 to January 2017, and the second one has been ongoing since August 2017. All these barbarous killings of the community forced many people to flee to the neighboring nations, specifically Bangladesh, giving birth to the largest Refugee camp in the world. These people, like other Syrians and Ukrainians, are misfortune examples of man-made desolation. 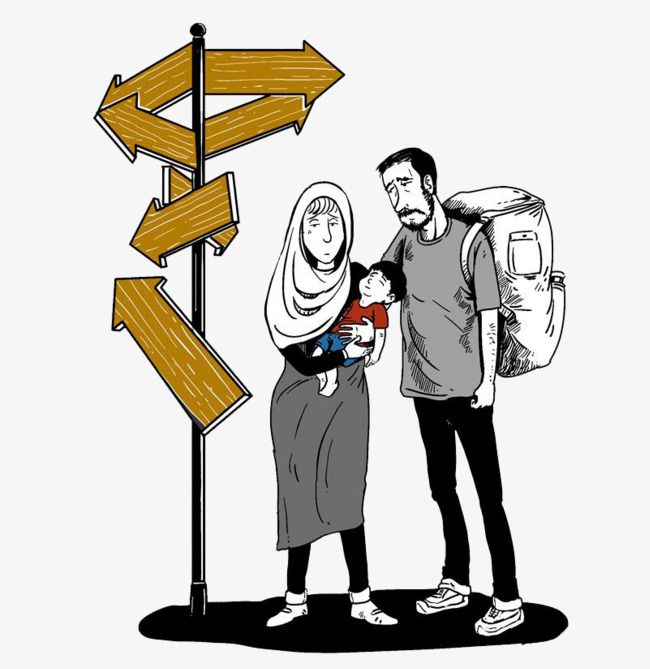 There are millions from Africa, and South and Central America, who flee to the north in search of better lives. Approximately 6 million such people shifted to Venezuela. The consistent distressing moments of migration along US-Mexican borders highlight the exodus from Central America. Some sources say many Albanians, Somalis, Eritreans, or Afghans are making efforts to enter the British territories.

The historical perspective of refugees.

The presence of refugees is not a new concept. The world has witnessed the existence of these helpless people from the ancient times of World War I. The First World War noted population displacements of more than 12,000,000 civilians, which later crossed the mark by the occurrence of World War II reaching 60,000,000. Historical events of wars and famines have actuated drifts of humans from one territory to other.

Though the condition of refugees was not appreciated, now people are aware of the facts. Ancient days of migration were more hostile. As there was no presence of technological advancements, no one would have noticed if someone drowned, killed, or mutilated.

How is the existence of refugees going to impact the economies?

The logic of rational economists says that the advanced and powerful democracies should accept the refugees, not because of any pity or humanity, but for their self-interest, to counterbalance the massive shortfall of native workers. On the contrary, many are against this concept of new demographic acceptance. As per their theories, the entry of new communities will be a challenge to their ethnic backgrounds, which is not a good sign.

The prominent ones supporting the latter theory are mostly the ‘white’ people, who have supported and are still in support of Racism ideologies. A recent example of this is the ‘Election of Mr.Rishi Sunak, as the President of UK, symbolizing that the so-called some whites are still entangled in their securities of preserving the whites’. The pathetic ending to the tale of Refugees.

Visitors to these settings have conflicting feelings about the new members of the nation. On the one hand, some are eager to assist in whatever way they can, while others are waiting for these ‘unwelcomed visitors’ to depart their country. Nobody is wrong here, because it is natural to exhibit sympathy and compassion at the beginning of a journey, but things grow coarser as time goes on. This is because these new entrants will utilize the new nation’s resources, which are, once again, restricted. We have taken for granted the security of both violence and livelihood in our houses. But when we watch the tribes migrate, we understand how fortunate we are.

What are the Advantages and Risks of Investing in Cryptocurrency?