Adani Enterprises, the parent company of the Adani Group, reported a combined net profit of 460.94 crore for the three months that ended on September 30, 2022 (Q2FY23). Compared to the profit of 212.41 crore in the second quarter of FY22, the current Q2 PAT saw a staggering 117% growth. EBITDA and profitability are in line.

However, compared to Q1FY23’s profit of 469.46 crore, the most recent earnings fell by 1.81% sequentially from Adani Enterprises.

EBITDA of Adani Enterprises increased by a staggering 69% during the quarter to come in at 2,136 crore, thanks to the strong performance of the IRM and Airport business.

The total revenue of Adani Enterprises surged by a staggering 183 per cent to 38,441.46 crore in Q2FY23 compared to the same period the last year, primarily because of the IRM and Airport business’s successful performance. Operating revenue was 38,175.23 crore, up 188.8% from Q2 of the last fiscal’s operating revenue of 13,218.02 crore.

“Adani Enterprises has again reaffirmed its reputation as India’s most successful new company as it continues to develop captivating ideas strategically integrated with the capabilities of the Adani portfolio of companies,” said Gautam Adani, chairman of the company.

Additionally, Adani Road Transport has completed 21% of the Kodad Khammam project in Telangana while completing 81% of the Mancherial Repallewada project in the same state. Additionally, the company finished 33% and 31% of the Nanasa Pidgaon project in Madhya Pradesh and the Vijayawada Bypass project in Andhra Pradesh, respectively. These initiatives are being carried out.

Additionally, during the quarter, Adani Road successfully closed the financial aspects of its 10,238-crore Ganga Expressway Project. The 2nd HAM Road project at Suryapet Khammam brought COD to the company. Construction work is now underway on seven projects, including one BOT project, through this Adani subsidiary.

In Chennai, the 17 MW first data centre facility for AdaniConnex was operational.

Meanwhile, Adani New Industries Supply Chain Ecosystem volume decreased from 267 MW in the same quarter last year to 206 MW in Q2FY23. With the aid of TopCon Cell technology, the 1.5 GW capacity is being increased to 2.0 GW.

Additionally, Mundra has the first and largest wind turbine prototype in India, a 5.2 MW unit that is undergoing testing and certification.

Mining Services produced 5.4 MMT in the second quarter of FY23. In the quarter, the operating peak capacity of coal mines exceeded 50 MMT, including iron ore mines.

The Adani chairman said, “AEL’s accelerating speed of business incubation and its remarkably consistent success showed the strength of its approach to value making as it changes sector after sector through digitisation and a focus on equitable energy transition.”

He continued, “We firmly believe in the India growth story and are dedicated to our core idea of nation-building through the creation of cutting-edge, effective, and top-notch infrastructure that generates rising shareholder value.” 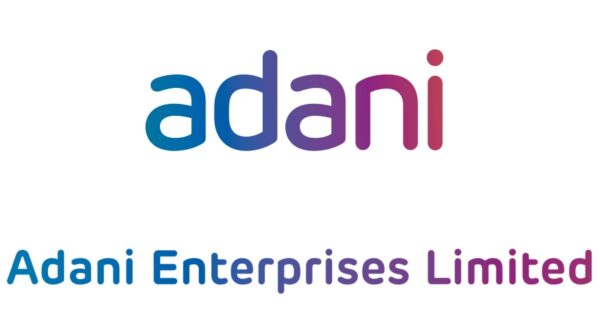 India’s Adani Group is a global conglomerate with offices in Ahmedabad. It was founded in 1988 by Gautam Adani as a commodity trading business, with Adani Enterprises serving as its flagship. Port management, electric power generation and transmission, airport operations, food processing, and infrastructure are some of the Group’s many commercial ventures. As of 2022, the Group operated over 100 locations in 70 countries, bringing in approximately US$25 billion in annual revenue, US$2.5 billion in net profit, and $100 billion in total assets.

The company’s revenue would increase from $50 billion with a $5 billion net profit in 2022–2023 to $90 billion with a $10 billion profit in 2023–2024. Over 100,000 individuals work for Adani Group directly and indirectly all over the world.
Adani Group became the first Indian conglomerate to cross a market valuation of $100 billion in April 2021. In April 2022, it passed the $200 billion market cap threshold, becoming the third Indian conglomerate. Adani Group’s market capitalisation surpassed Tata Group and Reliance Industries in 2022, reaching a high of $270 billion with a market capitalisation aim of $1 trillion by 2028.

Since its start as a commodity trading company in 1988, Adani Exports Limited has grown into importing and exporting many commodities. The business was started in collaboration with Adani Enterprises, with a capital investment of 5 lakhs. To serve as a platform for its commercial operations, the Adani Group built its port in Mundra in 1990. In 1995, work on it in Mundra started. The business started trading coal in 1999, and in 2000, it formed called Adani Wilmar to refine edible oils.

Adani handled 4 Mt of cargo in 2002, becoming the largest private port in India. With 11 Mt of coal handling, the company later 2006 became India’s largest coal importer. In 2008, the company acquired Indonesia’s Bunyu Mine, which has 180 Mt of coal reserves, to expand its operations. The company started producing 330 MW of thermal energy in 2009. Additionally, 2.2 Mt of yearly capacity for edible refining oil was developed in India.

With a 60% market share, Adani Enterprises has grown to be the biggest trading firm in India for coal imports. It provides coal to the Indian NTPC. The Adani group became India’s largest private coal mining firm after the company secured the Orissa mine rights in 2010. The Port of Dahej started operating in 2011, and since then, its capacity has increased to 20 Mt. The company recently bought the Galilee Basin mine in Australia with 10.4 gigatonnes (Gt) of coal reserves.

The Adani group acquired the 50 Mt handling capacity Abbot Point port in Australia in the same year. The company became India’s largest private-sector thermal power generator when its 3,960 MW capacity was reached. Resources, logistics, and energy were the three business areas on which the corporation refocused in 2012.

In 2014, Adani Power became the largest independent power generator in India. The overall installed capacity of Adani Power was 9,280 MW at the time. Adani Ports and SEZ Ltd. handled 100 Mt at the Mundra Port during the 2013–14 fiscal year. Adani Ports bought Dhamra Port on India’s east coast for 5,500 crore (about 75 billion rupees or $940 million in 2020) on May 16 of the same year.

Tata Steel and L&T Infrastructure Development Projects jointly owned Dhamra Port, which Adani Ports has now bought. The port started for business in May 2011 and handled 14.3 Mt of cargo in 2013–14. The Group plans to increase its capacity to more than 200 Mt by 2020 with the acquisition of Dhamra Port.

The Rajasthan Government and the Adani Group’s Adani Renewable Energy Park entered into an agreement in 2015 to establish India’s largest solar park, with a 10,000 MW capacity. The Adani group started building at the port in Vizhinjam, Kerala, in November 2015.

For Rs. 6,155 crore (US$874.04 million) in October 2019, the French oil and gas giant TotalEnergies acquired a 37.4% share in Adani Gas and assumed joint management of the business. In February 2020, Total made a further US$510 million investment in an Adani Green Energy subsidiary.

Adani Group and GVK Group entered a deal in August 2020, resulting in Adani Group acquiring a majority share in Mumbai and Navi Mumbai airports. Adani Group has a 50-year lease on the airports in Ahmedabad, Guwahati, Jaipur, Lucknow, Mangalore, and Thiruvananthapuram through an arrangement with the Airports Authority of India.

Adani Green Energy paid US$3.5 billion in May 2021 to buy SB Energy, a partnership between SoftBank Group and Bharti Enterprises.

The Adani Group bought Ambuja Cements and ACC for $10.5 billion in May 2022. Due to the deal, the Adani Group will become India’s second-largest cement producer.

Adani Enterprises is a holding company that acts as an incubator for the Adani Group’s new ventures. Its activities include the stand-alone mining and sale of coal and iron ore. Its main businesses are Adani Wilmar, Adani Airport Holdings, and Adani Road Transport. Through its other subsidiaries, Adani Enterprises has business interests in solar PV module manufacturing, agri-output storage and distribution, rail and metro infrastructure, bunkering, real estate, financial services, oil exploration, petrochemicals, and cement. 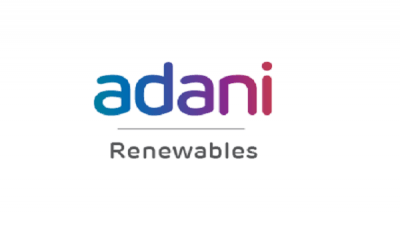 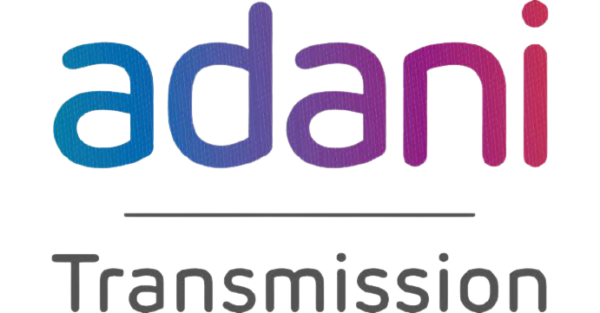 Adani Transmission, integrated in 2013, manages the installation, use, and maintenance of electric power transmission systems. The firm, India’s largest private sector power transmission and distribution network holds, manages, and maintains 17,200 circuit kilometres of transmission lines with voltages ranging from 400 to 765 kilovolts as of May 2021. 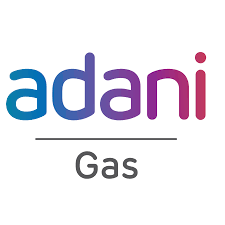 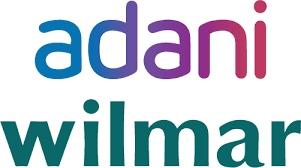 Adani Wilmar, a partnership between Adani Enterprises and Wilmar International, is the owner of the Fortune brand of edible oils. It provides the largest variety of culinary oils, including soybean, sunflower, mustard, and rice bran. The Fortune oil brand holds a 20% market share in India.

On 03-05-2022, Adani Wilmar Limited (AWL), one of India’s biggest and fastest-growing packaged food FMCG companies, announced the purchase of the Kohinoor Brand – domestic from McCormick Switzerland GMBH for an undisclosed sum.

The acquisition will grant AWL exclusive rights over the “Ready to Cook” and “Ready to Eat” curry and meal portfolio under the Kohinoor Brand.