Why is alcohol prohibited in some states of India? What outcomes does it produce?

According to government statistics, the most recent hooch catastrophe in “dry” Bihar has killed 38 people. Critics contend that the state’s prohibition policy, which promotes the creation and sale of fake alcohol in a thriving black market, is one of the factors that led to the catastrophe.

In India, where it is one of the core Gandhian ideals and one of the Directive Principles of State Policy, alcohol prohibition has a long history. According to Gandhi, alcohol causes a man to lose himself and makes him incapable of accomplishing any positive duties while its effects last. Those who begin drinking harm not only themselves but also their neighbourhoods.

How the Indian Constitution treats alcohol? 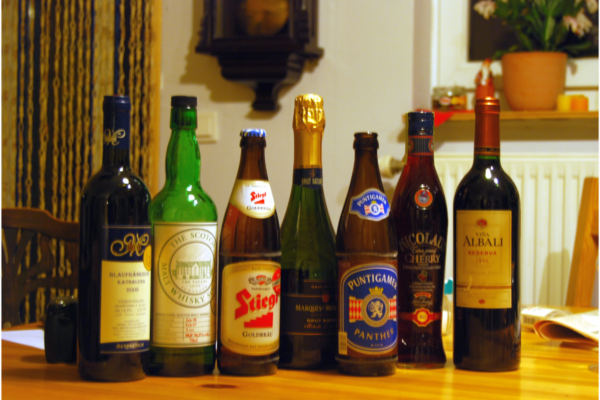 The state “must endeavour to bring about the prohibition of the consumption of intoxicating beverages and of pharmaceuticals which are injurious to health, except for medicinal purposes,” according to one of the Directive Principles of State Policy (DPSP).

DPSPs outline goals that the state should work toward to create the conditions necessary for citizens to live happily, fulfilled lives, even though they are not by themselves legally enforceable. Because of this, the Indian state and the Constitution both see alcohol as a vice that needs to be curbed.

But because alcohol is a state issue, according to the Seventh Schedule of the Constitution, state legislators have the authority and responsibility to pass legislation regulating “the manufacture, manufacturing, holding, transportation, buying, and sale of intoxicating liquors.” Due to this, there are differences in the laws governing alcohol from state to state that range from prohibition to private sale.

Why isn’t there a nationwide prohibition?

Even though the Constitution mandates that alcohol be prohibited, most states find it extremely difficult to pass such a law. This is partial because alcohol-related profits are hard to ignore and have frequently contributed significantly to state governments’ finances.

For instance, Maharashtra’s state liquor sales decreased from Rs 17,000 billion in March to Rs 11,000 billion in April 2020. (during the statewide Covid lockdown). The state government eventually designated liquor stores as an important service and held them responsible for a significant percentage of this drop, in part because of the industry’s contribution to tax revenue.

On the day when the liquor stores reopened, the Maharashtra government made Rs 11 crore from the sale of alcoholic beverages. 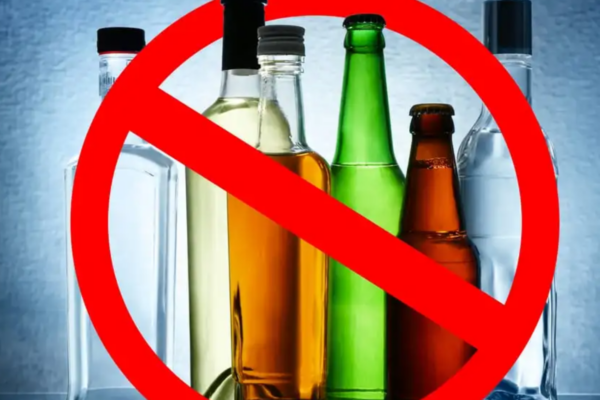 Where are some of the places that still have prohibitions in place?

Every state has regulations on the consumption and sale of alcohol (like age requirements or dry days). Five states currently have absolute prohibition in force, and a few more have partial prohibition.

In 2016, the Nitish Kumar administration completely outlawed the sale and possession of alcohol, consistent with a pledge made to the women of Bihar before the Assembly elections held the year before. Those who were discovered to have broken the law faced severe punishments, including heavy fines and jail time.

Early this year, the Bihar government changed its prohibition laws, which lessens the penalties for first-time “drinkers” and lets them get away with a fine rather than being arrested. By doing this, space was made available in Bihar’s already crowded jails, and the government’s focus was shifted from alcohol consumers to alcohol retailers and distributors.

Since 1960, when Gujarat became a state, prohibition has been in effect there. In the 62 years that Gujarat has practised prohibition, the Act has undergone numerous changes. Notably, the then-chief minister Narendra Modi established the death penalty for producers and marketers of fake alcohol that causes fatalities in 2009. Gujarat, however, has rules governing the acquisition of specialised alcohol licences by both people and hospitality businesses.

The Union Territory forbids both the consumption and sale of alcohol due to the culture and beliefs of its predominantly Muslim population. There is a resort with a bar that is allowed to sell alcohol legally on the island of Bagram.

Mizoram once more became a “dry state” in 2019 when the new administration reintroduced the prohibition that had been repealed in 2015. Prohibition had previously lasted 18 years in Mizoram. One of the Mizo National Front (MNF) government’s key campaign promises was to outlaw alcohol.

When prohibition was announced to be back in effect, an MNF minister said, “The loss of revenue is significantly less than the loss of human life and misery.” An advantage for society as a whole is more significant. Only those in the military and those with a “medical necessity” are allowed to drink. 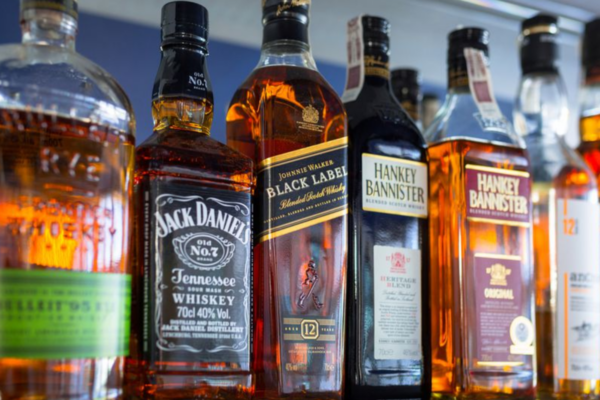 Nagaland enacted complete prohibition in 1989 for the benefit of its citizens on the grounds of “moral and sociological” considerations. For a variety of reasons, the Naga government has recently thought of only partially easing the embargo.

Kerala’s then-chief minister, Oomen Chandy, stated in 2014 that the state will enact prohibition gradually. However, the state later went back on its word.

There is evidence to suggest that, generally speaking, prohibition enables a thriving underground industry to sell alcohol beyond the jurisdiction of the state. This creates problems, such as the growth of organised crime groups (or mafias) and the proliferation of fake booze.

While the government has made getting alcohol more difficult, it is impossible to completely prohibit its availability.

Prohibition disproportionately affects the less wealthy sections of society, while the better off can still purchase pricey (and safe) alcohol. Even in Bihar, less privileged individuals are typically the subjects of accusations brought under the state’s prohibition laws.

There might be a few minor benefits to prohibition, though. Alcohol usage and domestic violence or abuse have been linked in studies. In India, prohibition is commonly discussed as a “women’s rights” problem. Nitish Kumar appears to have made his decision in Bihar based on these elements. There is some evidence to suggest that prohibition had a positive impact in this case.

After the implementation of prohibition in 2016, crimes against women “have dropped both in terms of rate (reported incidents per 100,000 female population) and incidence (absolute numbers),” according to a report by the Sexual Violence Research Initiative. Other studies have shown that certain types of crime slightly declined following prohibition, however, there may be other variables at work.

Emily Owens, an economist at the University of California, Irvine, asserts that “prohibitions (in the US) were connected with lower murder rates” and decreased crime generally, specifically when one looked at “alcohol and violence.” “It (prohibition) affects family members, kids, and violence that occurs inside someone’s house,” she claimed.

Even if a person loses their employment and must leave the US, their H-1B visa status will stay in place.

Former Chandamama owners are banned from the capital market for a year by SEBI.