Nature has its way of protecting itself, every organism in this world comes with its skillset for survival. Humans have the best skill set as the brain provides them with tools, ideas etc. Animals on the other hand may develop canines, running speed, sharp smelling and hearing senses, different position of eyes for predator and prey, balance, climbing abilities et cetera.

Spiders also have the same feat, they demonstrated it in Australia’s south-eastern state of Victoria where lakhs of spiders spun webs which stretched across trees, road signs and paddocks creating huge gossamer-like sheets. The climate of the Australian continent has every category on its plate making it a very diverse geographic region. Australians mostly live on the eastern and south-eastern coast.

Victoria situated in the south-eastern region of Australia has a climate ranging from wet to temperate climate of Gippsland to snow-clad mountains of Victorian Alps and semi-arid plains. After intense rainfall in the Gippsland region for days, spiders for survival ascended to the higher region using their survival tactics called ballooning. Towns of Sale and Langford are 8 km apart which were covered by gossamer sheets by lakhs of spiders. While ballooning spiders throw out silk thread that helps them to latch on the vegetation hence supporting their escape to avoid drowning. For people living in the state of Victoria massive gossamer-like sheets of spiderweb covering trees is a common happening that is witnessed every winter. Victoria receives its winter rainfall in June. After intense rainfall, the ground is filled with water posing a threat to spiders. Not every spider lives on trees few species are ground dwellers. To survive the spiders ballooned, hooking on to anything they could find (tees, road signs, tall grass cars etc). Experts are saying that these gossamer-like sheets would wither within a week.

What is ballooning? What are other survival tactics?

There are plenty of organisms that feed on spiders like birds, reptiles, arthropods, mammals, scorpions, centipedes et cetera. Humans in Asia and South America consider spiders a delicacy. Few species of wasps use the belly of spiders to lay their eggs, few use them as food.

Spiders use dramatic techniques when it comes to survival, the most dramatic technique is self-amputation when a spiders leg jeopardises its life, it breaks off the leg and runs away. Spiders use deception techniques and bluffing like display of threat by changing colours on body, playing dead on the ground or escaping predator by running away on their silk deadlines and camouflage.

Few even mimic and pretend to be something they are not, mostly jumping spiders mimic ants to ward off threats. Their burrows are intricately made with extra security layers, escape tunnels, chambers, doors, blocking devices like pebbles or abdomens, trapdoors et cetera. 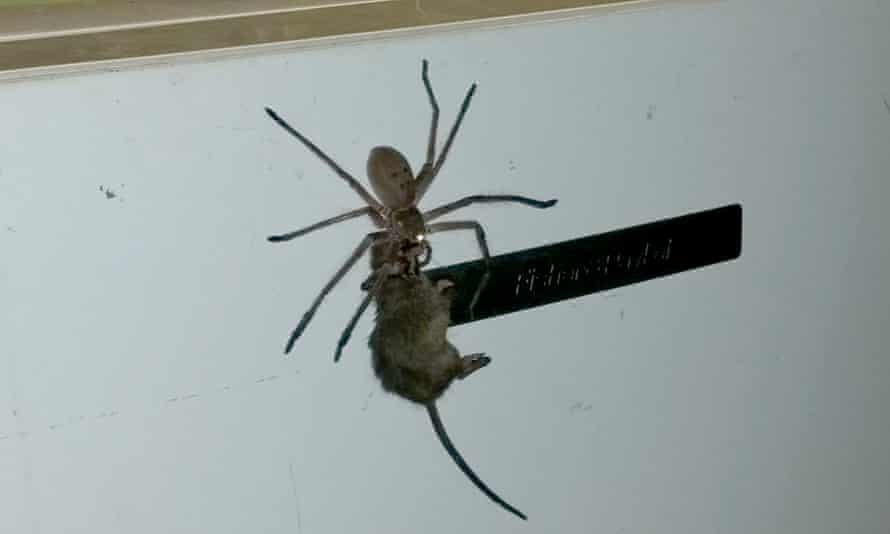 Ballooning also known as kiting, is a survival tactic in which spiders fly through the air by making gossamer threads. These gossamer threads are very light hence allows a spider to be airborne and fly with the help of air currents and electric currents. Spiders climb as high as they can, turn towards the sky raising their legs with abdomen pointing upwards also known as tiptoeing and release silk threads from their spinnerets into theair.

Ballooned silk is lighter than air and easily latches onto objects like trees, grass and road signs allowing spiders to fly or climb out. Ballooning can help spiders fly from few metres to hundreds of kilometres, ascent altitudes up to 5 km and even land on ships mid-ocean. Ballooning is a risky technique with a high mortality rate. When a spider is ballooning after a flood it emits only a single thread meaning every time a massive blanket of spiderweb is discovered it indicates the presence of millions of spiders around.

Which species of spiders use ballooning as a survival tactic?

Many species of spiders use ballooning such as vagrant hunter spiders, dwarf spiders, money spiders, orb weaver spiders, spider mites etc. In-state of Victoria, Australia we are concerned with vagrant hunter spiders. It is also known as Uliodon, they are found in native forest, plantations, slopes and sometimes in homes. This spider is dark brown to almost black, has a leg span of 5 cm are found in New Zealand and Australia.

Vagrant Hunters can move swiftly rapidly while hunting for their food, they feed on ground-dwelling invertebrates. It is nocturnal and lives in its home in the day under logs or rocks and hunts at night. Apart from tunnel-web spiders, it is the most chosen spider by wasps for laying their eggs. Their bites are not lethal but involve joint pains and strong perspiration. The best part about vagrant hunters is that they prefer to run away rather than attack and bite.

What are the recent incidents of animal havoc in Australia? 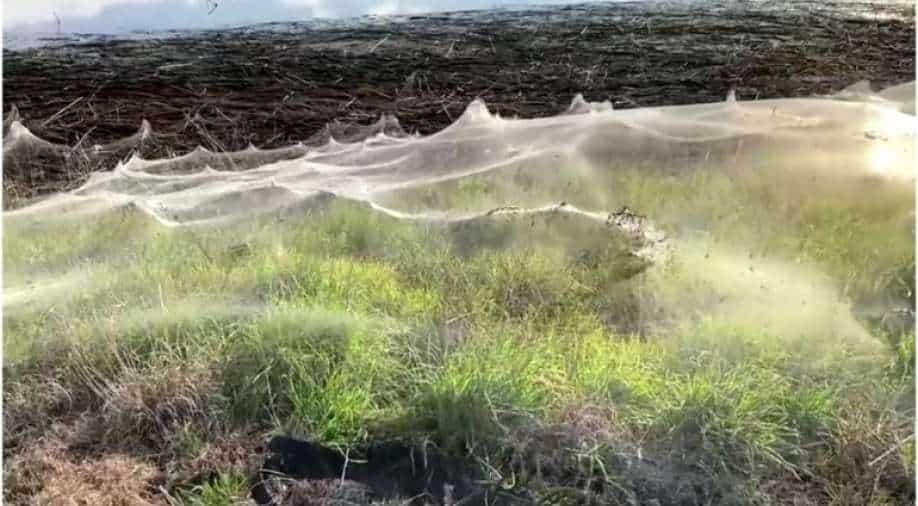 In 2021 there for mice raining in the state of New South Wales, Australia. The current plague was labelled as one of the worst plagues of decades that started in March in the eastern states of Australia. The government of Australia offered a $50 million support package to farmers, residents and community members whose crops were destroyed by the mouse plague. The government allowed the culling of mice by using bromadiolone which was a banned venom. Farmers lost their entire harvest to rampaging rodents and mice, hotels had to be kept close to avoid mice intrusion.

An extraordinary and plentiful grain harvest was liable for the mice plague according to Steve Henry who is a researcher at Australia’s national science agency. Mice have a short breeding cycle meaning they can reproduce a litter (more than one!) in 21 days and are not picky about food.

Resultant they are the second most successful species on earth after humans. The rodents which include rats and mice that destroyed food, scarred domestic household, eradicated supplies by excreting on them and hurt livestock. They can cause disease such as leptospirosis and typhus fever, ticks and fleas on its body is another edition.

What was the issue of camel culling?

In January 2020 southern states of Australia carried out a five-day cullingof camels. 2019 was the driest and hottest year for Australia along with bushfires that left over 25 people dead and killing crores of animals. Drought forced wild camels to look for water near humans dwelling. Authorities reported that some camels died due to thirst and trampled each other to find water. The authorities ended up killing around 10,000 camels using sniper fire from helicopters.

The camels were culled because aboriginal committees reported a large group of camels rampaging their habitats and destroying towns. Feral camels damage the fragile salt lake ecosystem and foul waterholes which are a vital source of water for aboriginals and native plants. Camels increase erosion by destroying dune crests, eliminate stock fences and infrastructure at cattle watering points. Camels were first brought from India in 19 century for navigation whendesert regions of the central Australian continent were discovered. The population of camels unless controlled doubles every nine years. They roam in the country’s inland deserts and have a tremendous carbon footprint. Every camel emits methane equivalent to 1 tonne of carbon dioxide per year.

The 10,000 culling limit was most the animal rights committee could do. Australian Prime Minister Kevin Rudd was dubbed as a serial killer by many American TV including CNBC host Erin Burnett for allowing the culling of camels. It’s kind of a necessary evil that cant be averted.

Are you ignoring messages from your bank regarding KYC? Beware ! It might freeze your banking services. Read to know why.

‘Project O2 for India’ to address the Oxygen shortage in the country: new launch by the government