Apple has always proven that it deserves the place where it is today. The company created a brand through its efforts towards its product quality. No matter what, everyone has to agree about the amazing quality of the products Apple offers.

It’s true that Apple’s products aren’t budget-friendly but still, people are buying them for a very large sum which shows that some people care about quality over price. Also, there are people who suggest to their friends to save a little more and go for Apple products instead of buying gadgets from other companies.

Let’s see some of the key points of how Apple used the $100 bn for the innovations of products and how it’s gaining success around the world.

Apple has surpassed every major tech company, from creating a motherboard without a monitor and keyboard (Apple I) to the most recent iPhone X (Behemoth). Being essentially a product-based corporation, Apple concentrated on its iPhone rather than putting its hands everywhere and seeing where it led them. Their one Smartphone has made such rapid progress that other phone manufacturers are unable to notice it.

Apple maintains its leadership in the technology industry despite increased competition by releasing cutting-edge goods and services to appeal to its devoted customer base. Notably, Apple’s position in the market is related to its creative approach, which continues to get a sizeable budgetary allocation.

The company’s successful situation is undoubtedly amazing news for individual investors. Many people, from teachers to electricians to lawyers, own Apple stock. Its increase to $1 trillion has demonstrated the extent of investor interest in Apple. Apple is currently in a situation where it is expanding and beneficial for investors of all types, whether they are new or seasoned. 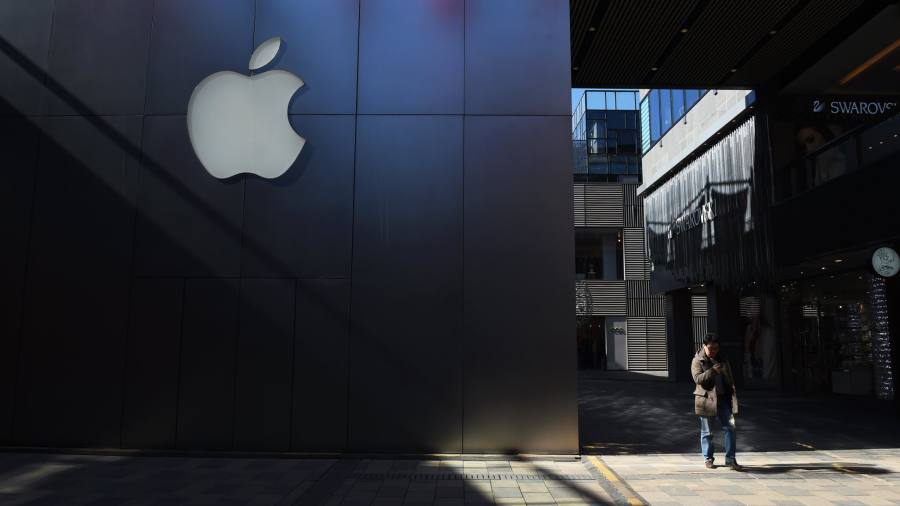 Recent years have seen a steady increase in spending on research and development. The value was $16.22 billion in 2019, and by 2020 it was projected to increase to $18.75 billion, an increase of more than 15%. According to the report, spending in 2021 became the first year it was above the $20 billion level, reaching $21.91 billion.

‘Apple’s response to the present financial crisis has revealed a lot about the company’s appreciation of its R&D division. Consider the fact that Apple has stopped hiring for positions other than those in research and development. As long as there is ambiguity, the measure was adopted to cut its budget, according to the report.

The report claims that Apple’s investment is somewhat in line with the company’s business plan, which aims to produce disruptive innovation and acquire a competitive advantage.

It also mentioned, “The corporation has maintained that investment in R&D strives to enhance user experience and distinguish the firm’s goods and services in the market. In this instance, Apple has been unrelenting in its quest for improvement, which has resulted in the introduction of improved iterations of its products.” Now the question is why the amount of money spent on the R&D department is so huge and what can be the consequences.

The business strategy of Apple, which aims to produce disruptive innovation and acquire a competitive advantage, partially explains the company’s investment. The business has maintained that spending on R&D strives to enhance user experience and distinguish the company’s goods and services in the market. Apple has been relentlessly improving its products in this scenario, which has resulted in the production of better versions of its products.

The expenditures can also be seen as Apple expanding its product and service offerings beyond the current iPhone, iPad, Mac, and Apple Watch. Additionally, the budget can be a sign of Apple’s ability to switch to another brand-new good or service. The company’s cash cow products, like the iPhone, are the focus of the R&D spending as a whole.

At the same time, Apple’s strategy of attempting to own and control the technology underlying the company’s core products has been influenced by innovation investment. As a result, Apple has been on an acquisition binge to strengthen its base for developing new goods and services.

Additionally, R&D will boost Apple’s revenue while enhancing its reputation as a premium brand. Due to its solid reputation as a brand, Apple has historically maintained a dedicated customer base. To maintain this status, the corporation must increase its investment in product research.

Apple maintains its position at the top despite increased competition in the technology industry by providing cutting-edge goods and services for its devoted customer base.

In spite of the economy’s continued weakness, high inflation, and the possibility of interest rate increases, spending has surged in 2022. Apple is also anticipated to lose money as a result of its decision to withdraw from the Russian market following that country’s invasion of Ukraine. The situation has caused Apple’s stock to decline along with the rest of the market as the company executes plans to maintain its operations amid the challenging times.

Apple’s response to the present financial crisis has provided a window into how highly the corporation values its R&D division. For instance, aside from research and development, Apple has stopped hiring for a number of positions. Given the current state of uncertainty, the step was adopted to lower its budget.

It is safe to conclude that Apple’s prior investments have assisted the corporation in navigating the current unpredictability. Notably, Apple has not been exempted from the Covid-19 pandemic’s persistent consequences, soaring inflation, and supply chain problems.

Apple is currently dealing with a significant supply chain problem brought on by the Covid lockdowns in China, which have slowed production at the key plant used by its supplier Foxconn. Apple is considering moving a significant portion of its manufacturing to nations like India and Vietnam.

One can presume that Apple’s prior investments may be assisting the business in navigating the current unpredictability.

The budget may also signal Apple’s potential to switch to an alternative new commodity or service. The R&D budget’s overall goal is to enhance the company’s cash cow goods, including the iPhone.

Although Apple has seen many ups and down in its journey, still it has a long way to go with its innovative products.

Positive role models are everywhere in the world. They may be a person or an organization, but their success serves as a model for others, and we are interested in learning the conditions that resulted in such a remarkable achievement. Apple, which has had this status since 1981, is likewise covered by this.

Apple’s rule has been marked by successes, setbacks, controversies, and setbacks, but it has shown its viability in the market. It didn’t immediately build an empire. Apple overcomes product setbacks, financial difficulties, and the death of its founder to reach this valuation.

Apple maintains the product SKUs straightforwardly, and the salespeople inside the stores are quite knowledgeable about the goods. Just imagine if you aren’t greeted by a member of the sales team when you walk into an Apple store and they ask, “How can I assist you?” Instead, they inquire as to what you would want to do today. They gratify one by addressing the core of any query a technology user might have or a question that the user is interested in regarding technology.