News,Dismal March quarter earnings by HDFC Bank and Infosys, coupled with global headwinds such as likely aggressive rate hikes amid rising inflation, soaring bond yields, and resurgence in Covid-19 cases in parts of the world, weighed on investor confidence on Monday.
The benchmark S&P BSE Sensex tanked nearly 1,500 points intra-day to hit a low of 56,842. It, however, erased losses mildly to end at 57,167, down 1,172 points or 2 per cent. On the NSE, the Nifty50 tumbled about 400 points intra-day to slip below the 17,100-mark. It ended at 17,174, down 302 points or 1.7 per cent. 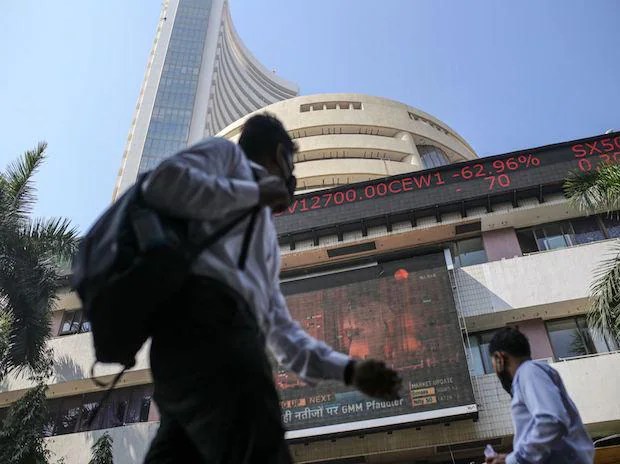 Infosys was the biggest laggard on the 30-pack index as it shed 7.2 per cent. The stock reported its sharpest intra-day fall in past two years. Earlier, on March 23, 2020, Infosys had plunged 12 per cent in the intra-day trade on the BSE, data shows.

WPI inflation rises to 14.55% in March, completes one year in double-digit territory:News

India’s inflation based on the Wholesale Price Index (WPI) rose to a four-month high of 14.55 percent in March from 13.11 percent in February, according to data released by the commerce ministry on April 18.

The WPI inflation was 7.89 percent in March 2021. Another 10 percent-plus print means WPI inflation has now been in double-digit territory for 12 consecutive months,news.

The rise in wholesale inflation in March comes after data released on April 12 showed the more closely-tracked headline retail inflation rate based on the Consumer Price Index (CPI) jumped to a 17-month high of 6.95 percent last month.

The entrepreneur was known to be a tough task master who never compromised his values“If you are in a cyclical business, make sure your head is above water (you are profitable) at the worst point in the cycle” said N Sankar, Chairman of Sanmar Group, when this writer asked him many years ago about one mantra every cyclical business should scrupulously follow. He was best placed to give this piece of advice as the fortunes of Chemplast Sanmar.

Sankar, who passed away on Sunday aged 74, was a true friend, a good entrepreneur and a genuine human being. Any conversation with him would not only be about his business but would span politics, sports, ecology and social issues. He has also left his mark for the work he has done in promoting sports and social causes.

Shares of Tata Power crashed 7.5 per cent to Rs 252 apiece on the BSE on Monday as investors booked profit in the stock, post the company’s announcement of rasising Rs 4,000 crore for its renewable energy platform. At 12:03 PM, the stock was 5.6 per cent down at Rs 257.7 per share as against a 2.13 per cent decline in the S&P BSE Sensex.

On Thursday, the Tata group’s power unit on Thursday said it was raising Rs 4,000 crore (or $525 million) from a consortium of investors, including BlackRock and Mubadala, to scale up its renewable energy business. The investor group will get a 10.53 per cent stake in Tata Power Renewable Energy for the money injected by way of equity and compulsorily convertible instruments.

Sugar exports are estimated to increase to over 90 lakh tonnes in the current marketing year ending September, from 71-72 lakh tonnes in the previous year, on better demand for the Indian sweetener from Bangladesh and Indonesia, according to industry body ISMA.

The sugar marketing year runs from October to September. 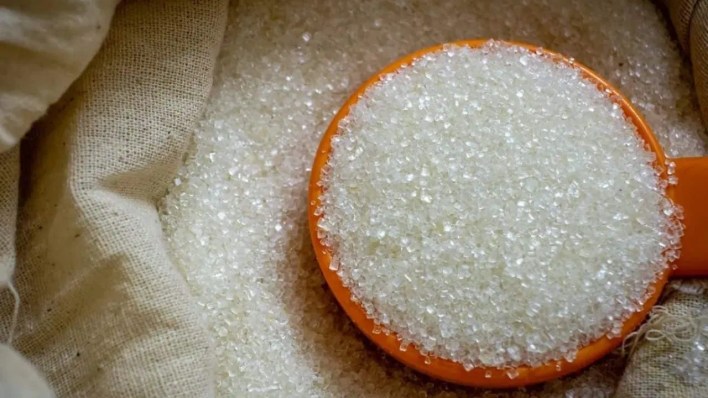 “As per market reports and port information, around 80 lakh tonnes of sugar export have been contracted so far. Out of that, about 57.17 lakh tonnes of sugar have been physically exported out of the country during October 2021-March 2022 period, as compared to about 31.85 lakh tonnes exported in the last sugar year during the same period,” Indian Sugar Mills Association (ISMA) said in a statement.]

With most states on board to raise revenue so that they do not have to depend on Centre for compensation, the GST Council at its meeting next month is likely to consider a proposal to do away with the 5 per cent slab by moving some goods of mass consumption to 3 per cent and the remaining to 8 per cent categories, sources said.

Currently, GST is a four-tier structure of 5, 12, 18 and 28 per cent. Besides, gold and gold jewellery attract 3 per cent tax,news.

In addition, there is an exempt list of items like unbranded nd unpacked food items which do not attract the levy.

The World Health Organization's (WHO) Efforts to Make the Global Covid-19 Death Toll Public, Have Stopped in India

Hyderabad -Top 10 Most Innovative Startups in 2022