G20 summit: The Group of Twenty (G20), a grouping of twenty of the biggest economies in the world, was created in 1999 to bring the most significant industrialized and developing economies together to debate global economic and financial stability. The G20 leaders’ summit, which started in 2008, has grown into a significant forum for discussing economics and other urgent global concerns. Major international accords occasionally resulted from bilateral discussions outside the summit. And while the group’s effective response to the 2008 financial crisis was one of its most notable accomplishments, its coherence has deteriorated, and analysts have criticized its mediocre response to the COVID-19 outbreak.

On trade, climate change, and immigration policy, the United States and the rest of the group disagreed under President Donald Trump. In order to achieve a new global agreement on corporation taxation, President Joe Biden promised a return to multilateral cooperation. However, tensions have grown as high- and low-income countries have become further divided into essential topics. Meanwhile, disagreements about Russia’s participation and the continued economic and humanitarian effects of the war in Ukraine may dominate the summit in Bali, Indonesia, in 2022. 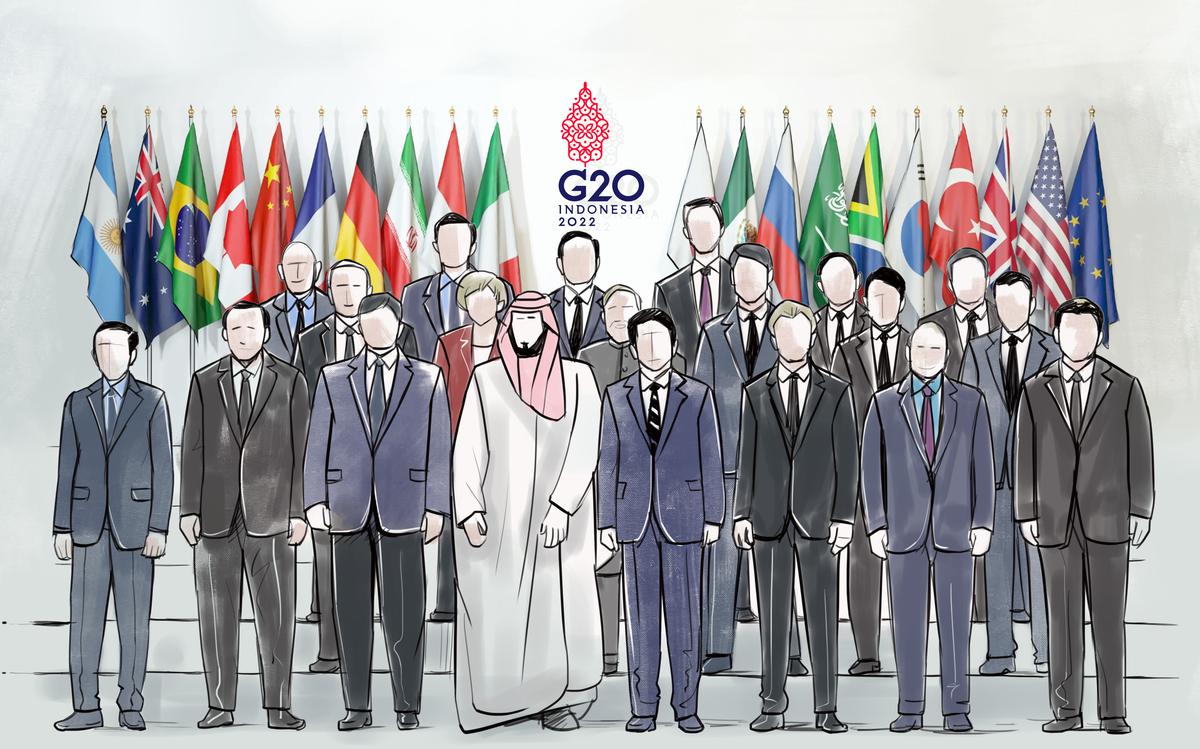 The European Union and 19 nations with some of the largest economies in the world make up the G20 forum (E.U.). Argentina, Australia, Brazil, Canada, China, France, Germany, Italy, Japan, Mexico, Russia, Saudi Arabia, South Africa, South Korea, Turkey, the United Kingdom (U.K.), and the United States are the nations in question. Spain is welcomed as a frequent visitor.

The leaders of the G20 nations gather annually to coordinate policies on various areas of shared interest while mostly discussing economic and financial challenges. Examples include when the G20 considered handling a clandestine Iranian nuclear plant at the summit in 2009 and when the group discussed implementing a partial cease-fire in Syria at the summit in 2017. The G20 does not have a permanent headquarters, offices, or staff. Instead, its members alternate in leadership on an annual basis, decisions are reached by consensus, and implementation of its programme is contingent on the political will of the various states. 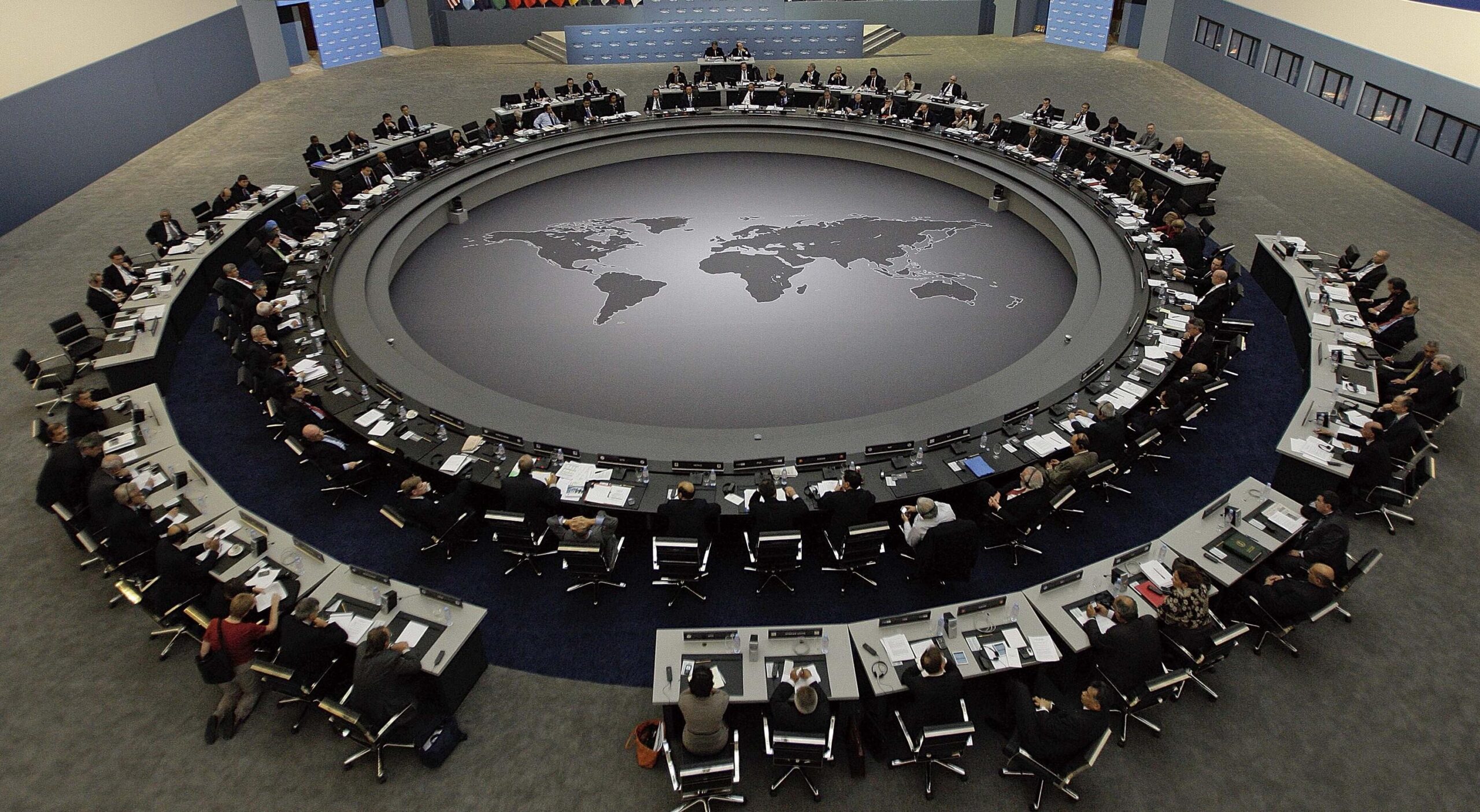 Why does the G20 matter?

Together, the G20 countries account for over 80% of the world’s economic production, nearly 75% of its exports, and about 60% of its population. As larger emerging markets take up a more significant share of the global economy, these numbers have remained largely stable. In contrast, the corresponding rates for the Group of Seven (G7) nations, a smaller group of advanced democracies, have decreased.

Following the Asian financial crisis, the G20 was established in 1999 to unite the finance ministers and central bankers of 20 of the greatest developed and developing nations. Heads of state and government were added to the G20 a decade later, at the height of the world economic crisis. Several experts credit the G20 with taking swift action; former CFR fellow Stewart Patrick claimed the organization “rescued a global financial system in free fall.” The G20 nations agreed to $4 trillion in spending measures to bolster their economies in 2008 and 2009, opposed trade restrictions, and carried out extensive financial sector reforms.

Since then, the G20 has reportedly struggled to achieve similar success in meeting its objectives of coordinating monetary and fiscal policies, creating faster growth, and combating corruption and tax evasion. This is according to Patrick and other observers. Geopolitical strategists Ian Bremmer and Nouriel Roubini have argued against the G20’s usefulness, asserting that a “G-Zero” world—one in which nations act independently or put together ad hoc alliances to advance their interests—is emerging instead. Richard Haass and Charles A. Kupchan of CFR argued that “haggling over-detailed, but sometimes anodyne, communiqués” frequently causes “fly-in, fly-out” G20 summits to drag on and urged for a new concert of powers in 2021.

But many analysts point out that compared to past country groups, including the G7, the G20 is still a better representation of the current global balance of power. The G20 includes some developing democracies like Brazil, India, and Indonesia and powerful autocratic nations like China, Russia, and Saudi Arabia. The G7 suspended Russia’s membership indefinitely in 2014 after it annexed Crimea from Ukraine. Patrick stated that the group was the most appropriate platform for addressing the difficulties of the COVID-19 pandemic and that the G20’s elevation in 2008 was a watershed point in global governance. 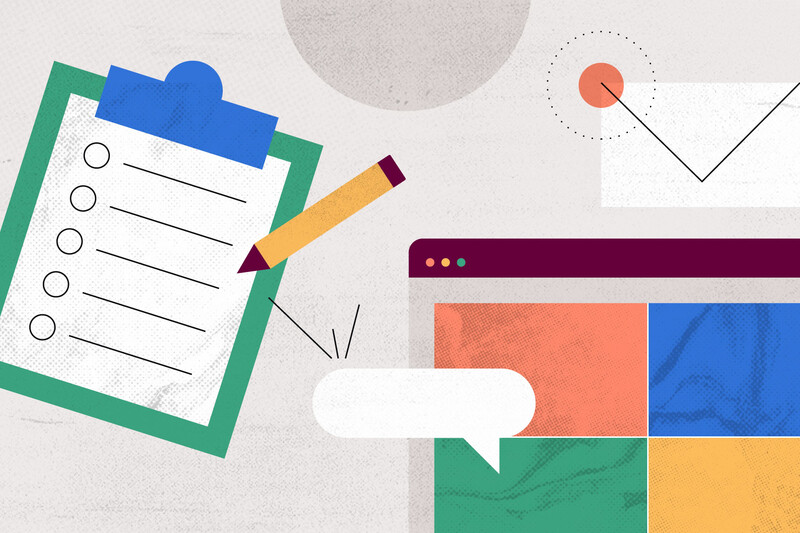 What’s been on the agenda?

The G20’s early emphasis was mainly on general macroeconomic policy, but it has broadened its scope. While the prior summit in Germany focused on topics like corruption, money laundering, and international tax havens, the 2018 summit in Argentina focused on just and sustainable development. The 2016 summit in Hangzhou, China, was where U.S. President Barack Obama and Chinese President Xi Jinping formally declared their countries’ participation in the Paris Agreement on climate change. Other agendas have had even less to do with macroeconomics.

The main topic of each summit’s agenda is still economical and financial coordination, but other topics, including the future of labour, terrorism, and global health, also frequently arise. In the decade that followed the global financial crisis, when the G20 was able to focus on issues other than managing an immediate economic crisis, broader topics became more prevalent. However, as the interests of high- and low-income economies continue to diverge, countries have found it challenging to come to a consensus at recent summits, which was a feature of earlier editions of the conference.

For the group, which Patrick has criticized for essentially failing to get past “uncoordinated national strategies,” the COVID-19 pandemic provided a significant test. But the G20 nations did agree to stop receiving billions of dollars in debt payments from some of the world’s poorest nations.

Even though the 2021 Rome summit focused on climate change, there were only some actual pledges made in this regard. The nations agreed to reduce methane emissions and stop public funding for most new coal power plants abroad, but they made no commitments to reduce coal consumption at home. The G20 leaders also backed a deal between around 140 nations to reform the corporate taxation system, opening the door for a minimum corporate tax of 15%.

The three pillars of post-pandemic macroeconomic policy that Indonesia, the 2022 host country, has attempted to shape the agenda around are global health architecture, digital transformation, and the shift to sustainable energy sources. However, some experts say that the conflict in Ukraine and worries about a nuclear exchange could dominate discussions and undermine agreement on other topics.

What have the main disagreements been?

Cooperation has become more and more precarious due to geopolitical tensions stoked by the Russian invasion of Ukraine and the strategic rivalry between China and the United States. Bipartisan legislative initiatives in the United States have sought to deny Russia membership in the World Trade Organization (WTO) and other international organizations. Russia’s membership in the G20 has been divisive, with some Western nations attempting to bar Moscow from the group, despite opposition from other members, China and Brazil.

Members of the G20 may have differing views on how to handle economic shocks that have a disproportionately negative impact on emerging economies. The energy crisis brought on by the conflict in Ukraine has resulted in food shortages, skyrocketing energy costs, and inflationary pressures that have strengthened the U.S. dollar at the expense of emerging market currencies that are losing value. As a result, more nations are looking to international lenders for bailouts; since the pandemic’s start, over one hundred nations have asked the International Monetary Fund (IMF) for emergency help. In 2022, IMF funding to struggling economies reached a record high of $140 billion, which is anticipated to continue to climb.

Before its summit in 2020, the G20 unveiled a standard framework for debt treatment, although only three nations—Chad, Ethiopia, and Zambia—have submitted requests for debt relief under the framework.

The group’s long-standing commitment to a global order based on WTO principles of lowering tariffs and other trade obstacles has run afoul of the escalating economic rivalry between big powers in recent years. President Trump imposed a series of sanctions on China that the Biden administration had primarily left in place, sparking a multifront trade conflict involving multiple G20 nations. Additionally, Biden has sought various policies designed to hasten the economic “decoupling” from China. He signed the CHIPS and Science Act in August 2022, encouraging the return of advanced technology products to the country.

Strict export limitations that limited China’s ability to purchase specific chips created anywhere in the globe with American components were implemented after that action.

Additionally, there is still disagreement among the organization regarding climate change. At a meeting of environment ministers in July 2021, it was reportedly rejected by China, India, Russia, and Saudi Arabia. The deal would have phased out coal and fossil fuel subsidies. Additionally, Germany and other G20 nations have broken their earlier commitments to halt funding fossil fuel projects abroad in the wake of the invasion of Ukraine.

What takes place outside of the summits?

Patrick has emphasized the G20’s adaptability in comparison to other multilateral institutions, contending that it goes beyond “stultifying bloc politics” and might be able to reshape a geopolitical system that is occasionally too rigid. This adaptability extends to the summits themselves, where the subject of bilateral discussions between heads of state and government is frequently off the beaten path.

Because of the diplomatic importance of these meetings, they frequently make headlines whether they are prearranged or not. Trump and Putin first met in Hamburg, Germany, in 2017, where they had numerous lengthy discussions that raised worries among U.S. allies within the G20. The G20 summit was again overshadowed by a bilateral encounter the following year, this time between Trump and Chinese President Xi Jinping. The two leaders decided to postpone the anticipated tariff increases.

The first face-to-face encounter between Biden and Xi since Biden’s election in 2020 is anticipated at the Bali summit in 2022. Additionally, any interactions between Putin and Xi, Biden, or other influential leaders will garner much attention if he attends the summit.

Many scholars emphasize the critical role that leaders’ interpersonal interactions play in shaping foreign policy. The G20 summits provide an exceptional opportunity to forge these connections and reshape bilateral partnerships by bringing together many world leaders.

When Speed, Luxury and Flamboyance Meet, You Get The Top 10 List Of Most Expensive Cars In The World