Aakash educational services founder, which manages the Aakash institute, has bought properties in the national capital worth Rs 200 crore

Akash educational services founder, which manages the Aakash institute, has bought properties in the national capital worth Rs 200 crore. A bungalow in Greater Kailash in Delhi’s capital city costing Rs 51 crore and three ultra-luxury flats at DLF’s The Camellias costing roughly Rs 150 crore were bought by JC Chaudhry, the founder of Aakash Educational Services, according to two persons with knowledge of the purchases, Economic Times reported.

The report added just the stamp fee was Rs 3.06 crore that Chaudhry had paid for the Greater Kailash property. Although the DLF property in Gurugram has not been registered, the report stated that the fit-out work began. Infinity Buildwell and Aakash Educational Services Limited did not respond to email enquiries, as per the Economic times.

Co-promoter and managing director of Aakash, Aakash Chaudhry, spent Rs 137 crore in August purchasing a 1,300 square metre bungalow in Delhi’s Kautilya Marg. JC Chaudhry had earlier spent around Rs 96 crore to buy a 5-acre farm in South Delhi. Before that, he had spent nearly Rs 100 crore on a 2,000-square-yard property in south Delhi’s Vasant Vihar neighbourhood.

Infinity Buildwell and Aakash Educational Services Limited did not respond to email enquiries, as per the Economic times. Chairman and CEO of CBRE for India, South East Asia, the Middle East, and Africa, Anshuman Magazine, said that over the next few years, the luxury/high-end residential sector in India is predicted to rise rapidly. The desire for luxury homes in India is fueled by the country’s concentration of high-net-worth individuals.

Potential buyers are looking for larger areas that will provide them with an improved lifestyle, protect their well-being, and provide seamless integration of new work modes as a result of the normalisation of work-from-home culture. Demand is rising in the premium and luxury categories, driven by predicted capital gains and an increase in HNI and NRI activities.

In Q3 2022, almost 85,000 units were introduced, with high-end, premium, and luxurious homes accounting for 22% of the net supply as a result of rising demand for these areas and activities from HNIs and NRIs. Demand is rising in the premium and luxury categories, driven by predicted capital gains and an increase in HNI and NRI activities.

After being confined to their houses during lockdowns and recently, wealthy businessmen and executives are looking for bigger properties.

It may be mentioned that Zishaan Hayath, the founder of Toppr.com, which edtech company Byju’s acquired last year, recently paid Rs 41 crore for a 4,000 square feet flat with a view of the sea in a project by developer Rustomjee in Bandra in Mumbai. 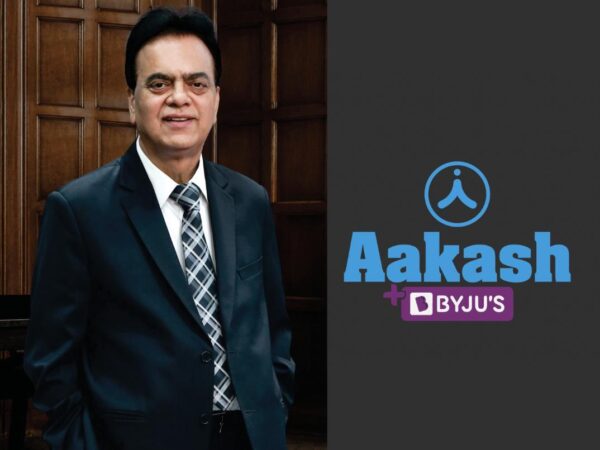 In the past few months, buyers, including business families, top CEOs and startup founders, have paid between Rs 50 crore and Rs 1,000 crore for residences

Aakash was founded by JC Chaudhry and started in 1988 as a single centre with just 12 students. One of the pioneers in India’s organised test preparation service sector is the educational services organisation. According to the company website, there are over 200 learning centres within the organisation and over 250,000 students overall.