Can zero-Covid continue as China has record-breaking 40,052 daily instances of the virus?

Public health professionals have cautioned that it is still too early to be optimistic even though the most recent Covid-19 waves in China have identified more transmissible but less deadly coronavirus subtypes.

The number of infections in the current outbreak reached a record high of 40,052 on Monday, with 36,304 still lacking symptoms, just days after China lifted several zero-Covid regulations. Seven deaths have been reported thus far out of 104 instances that were classified as “serious” as of Monday.

According to one epidemiologist, if China were to alter its approach to the waves, it should devote more funds to vaccination and public education rather than mass testing and risk burdening the health system.

Since early October, there had been an increase in 19 infections across China, which is thought to be caused by novel subvariants of the Omicron strain, which is extremely contagious but not fatal. 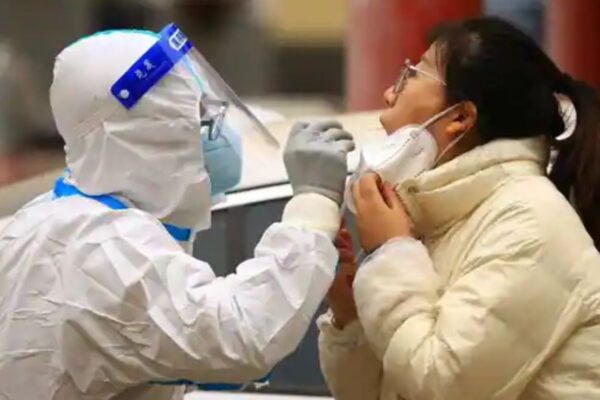 However, the number of serious instances has been very small. Seven deaths have been reported thus far out of 111 cases that were classified as “serious” as of Sunday. All of the deceased patients were above 80 and had concomitant conditions.

According to Professor Benjamin Cowling, head of epidemiology and biostatistics at the University of Hong Kong, there is typically a two-week latency between infection and more severe clinical effects, so this needs to be interpreted with caution.

We need to exercise caution when interpreting the current fatality data because it can require two to three weeks from illness to death and because the current epidemics are still active. According to Cowling, more fatalities are likely to occur in the coming weeks.

The total number of infections in China has reached the peak for Shanghai’s severe spring outbreak, which was caused by the Omicron type and necessitated months of lockdown.

According to a paper published in the online journal China CDC Weekly in September, out of the 650,000 persons who were infected during the March to May wave, 600 people died from the disease. 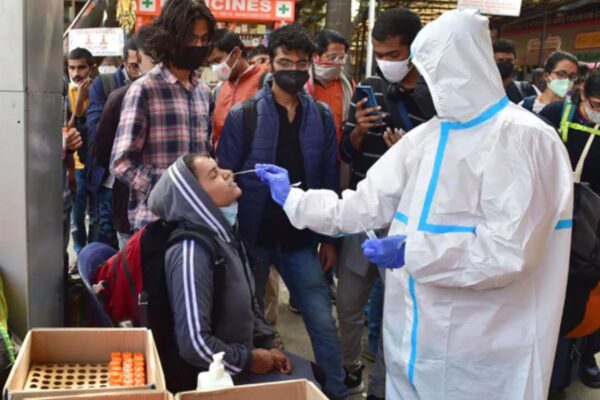 Less than 0.7% of the 33,816 Omicron patients examined in Shanghai, according to a different study led by renowned infectious diseases expert Zhang Wenhong and published in June, had had serious or critical illnesses.

According to the researchers, the best course of action is to focus more resources on serious instances rather than minor ones. Cowling cautioned that in the event of a winter surge, China’s healthcare system could not be able to handle Omicron waves and that authorities might need to reevaluate their containment plan to lessen the damage.

Authorities have stuck to their dynamic zero-Covid policy, which relies on snap lockdowns and mass testing to break transmission networks as quickly as possible.

They claim that given China’s enormous population, the country’s healthcare system cannot afford to “live with the virus,” and unchecked spread will result in an upsurge in serious cases and fatalities.

The ratio of intensive care beds in China, the second-largest economy in the world, was 4.53 per 100,000 inhabitants in 2021, with regional differences in the figures.

In contrast, the ratios in Germany, Australia, and the United States are 33.9, 28.9, and 25.8 per 100,000, respectively. Specialists in intensive care medicine make up just 0.8% of all practising physicians.

Cowling predicted that China’s healthcare system will have a difficult time handling a significant increase in infections this winter. 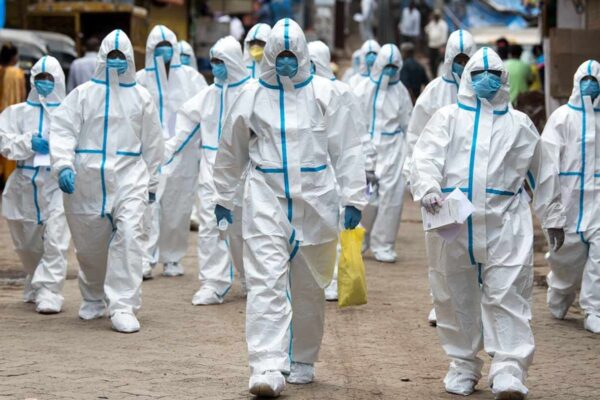 Even though the majority of infections are light, there will still be a peak with perhaps too many severe cases for the healthcare system to handle all at once because Omicron is so contagious and case numbers could grow so quickly.

China would have little choice but to abandon the policy, according to Cowling, if zero-Covid proves to be too challenging to sustain due to the need for more controls, longer lockdowns, and more mass testing in addition to rising fatigue with the controls and their social and economic effects.

The number of cases will rise if strict safeguards are not maintained. There might be no choice but to move away from such strict safeguards if it proves impossible to bring case counts back down to zero countrywide, even with protracted lockdowns and repeated mass testing, he added.

If a shift in response does occur, some measures must be made to handle it. Cowling recommended that mass PCR tests are abandoned and the resources used elsewhere. He claimed that “mass testing will not help much in mitigation.” Rapid tests may be a more effective way to diagnose minor illnesses; this is more of a containment measure.

Additionally, he suggested that the government create guidelines for the quarantine of mild cases and close contacts at home, discontinue using the health tracking app, and loosen travel restrictions because ” “Once transitioning away from a zero-Covid plan,” they are no longer required.

As a vital and urgent action to protect the most vulnerable individuals and prevent China’s healthcare system from collapsing once Covid-19 limitations are eased, experts have long advocated for increasing immunization rates, especially for the elderly.

Only 5% of the fatal cases that occurred in Shanghai earlier this year could have been avoided with vaccination, according to a September article in the China CDC Weekly newsletter. The last 10% of every immunization program, it was noted, are the hardest to reach.

On mainland of China, 68% of those over 60 had received all recommended vaccinations as of November 11; the remaining 16% had received booster shots. According to the national health officials, the rates were, however, 66% and 40%, respectively, for individuals over 80.

Higher vaccination rates on the mainland were also promoted by Professor David Hui Shu-Cheong of the Chinese University of Hong Kong, who counsels the city government on its pandemic response.

To increase the antibody response, Hui stated that the population, particularly high-risk groups, needed to be boosted with vaccines from other technological platforms, such as protein subunit vaccines, adenovirus vaccines, or mRNA vaccines.

The majority of the inactivated vaccines used in China’s widespread immunization program are domestically produced and use Covid-19 virus dead particles to elicit an immune response.

According to Hui, the Covid-19 pandemic cannot be managed in the long run using a containment strategy. Instead of just relying on inactivated whole virus vaccines, “should use a heterologous vaccination method”. Hui emphasized that early oral antiviral treatment is also necessary for high-risk patients.

Elon Musk used graphs to show that signups and active minutes are at an all time high in his business talk on Twitter 2.0