The offer was rejected by NDTV’s founder-promoters, who claimed that a deal could not be completed without the approval of Sebi and the I-T department. The promoters were “completely unaware of the takeover, which was done without their consent.”

Adani Group intends to complete its open offer for a 26% stake in NDTV.

It should be noted that the conglomerate led by Gautam Adani, India’s richest man, missed the open offer launch date. The offer was supposed to go live on October 17th.

The group has now requested feedback from SEBI on its draft open offer letter, according to the group.

In August, Adani Group acquired Vishvapradhan Commercial Pvt Ltd (VCPL), which lent over Rs 400 crore to NDTV’s founders over a decade ago. The agreement included a provision allowing VCPL to buy 29.18% of NDTV “at any time.”

Following Adani’s acquisition, VCPL announced on October 17 that it would launch an open offer to buy the 26% stake held by NDTV’s minority shareholders.

The offer was rejected by NDTV’s founder-promoters, who claimed that a deal could not be completed without the approval of Sebi and the I-T department. According to the promoters, they were “completely unaware of the takeover, which was done without their consent.”

Adani Group, for its part, had denied the founders’ claim, claiming that the transaction would not require I-T approval.

According to the open offer proposal, VCPL, AMG Media Networks, and also Adani Enterprises would buy an additional 26% (or 1.67 crore shares) at an current offer price of Rs 294 per share.

If fully subscribed at the above price, the open offer will be worth Rs 492.81 crore.

According to the VCPL’s stock exchange filing, “the decision is to acquire NDTV was made in furtherance of the Adani-Group’s objective to establish a credible next-generation media platform with an basic emphasis on digital and broadcast segments, and that the NDTV is a suitable broadcast and also digital platform to deliver on this vision.”

According to the filing, on October 19, 2022, then JM Financial, the company managing the offer, addressed the letter to SEBI on behalf of VCPL. The letter stated that the open-offer would (tentatively) end on November 1.

“While the Underlying Transaction has not been eventually consummated due to RRPR’s (NDTV’s promoter’s) stance,” the filing continued, “VCPL remains committed to its vision and then intends to proceed with the open -offer in accordance with the provisions of all the SEBI (Substantial Acquisition of the Shares and Takeover) then Regulations, 2011, then which require that the all Open Offer be completed whether or not the Underlying Transaction has been consummated.”

In relation to the July 2022 SAT order, SEBI filed an appeal with the Supreme Court.

The Securities and the Exchange Board of India (SEBI) has also filed an appeal with the Supreme Court against the media company New Delhi Television Limited (NDTV), its founder-promoters Dr Prannoy Roy and Radhika Roy, and the promoter entity RRPR Holding Private Limited.

According to one source, ‘I-T Department Approval Is Not Required For Adani To Acquire NDTV Shares.’

According to tax experts, the Adani group believes that tax authorities will not prevent it from acquiring a stake in NDTV.

The Adani group has acquired VCPL, a little-known firm that over a decade ago lent over Rs 403 crore to NDTV’s founders in the exchange for warrants that allowed to the company to moreover acquire a 29.18% stake in the newsgroup at any time.

According to NDTV, Adani has since exercised those rights, but such conversion is illegal under income-tax law.

According to the Adani group, Vishvapradhan Commercial Pvt Ltd (VCPL) has informed the Adani group that the income tax department orders only apply to the share of NDTV held by RRRP Holding Pvt Ltd (a promoter of NDTV) and do not prevent RRPR from completing the formalities associated with the allotment of equity shares to VCPL.

According to VCPL, the IT orders were not issued individually against Prannoy Roy and Radhika Roy, and they have nothing to do with their equity ownership in RRPR.

As a result, “the suggestion that Prannoy Roy and Radhika Roy will require the Assessing Officer’s prior approval under Section 281 of the Income Tax Act of 1961 is completely false and unfounded.”

“Even after RRPR has been completed the steps required by the Notice,” it stated, “RRPR will remain the sole owner of the aforementioned NDTV shares.”

According to the statement, VCPL has asked RRPR to “cease” making “misconceived and misleading statements” and to “take all necessary steps” to convert the warrants into equity.

Tax experts have agreed with the Adani group on this point.

According to Vishwas Panjiar of Nangia Andersen LLP, NDTV’s position appears to be based on a faulty interpretation of Section 281 of the Income-tax Act of 1961.

Gautam Adani, the world’s fourth-richest man, will join a select group of global media tycoons with the acquisition of NDTV, a 34-year-old broadcaster.

Vishvapradhan Commercial Pvt Ltd loaned Rs 403.85 crore to NDTV promoter company RRPR Holding Pvt Ltd. RRPR issued warrants to VCPL in exchange for this interest-free loan, entitling it to convert them into a 99.9% stake in RRPR if it is not repaid.

VCPL’s ownership changed hands in 2012. Adani Group was the first to buy VCPL from its new owner, converting unpaid debt into a 29.18% stake in the news channel company. Following that, it made a public offer of Rs 493 crore to acquire an additional 26% stake in accordance with the country’s takeover rules. Roys viewed Adani’s approach as hostile, alleging that the acquisition occurred without discussion, consent, or notice.

With the purchase of NDTV, Adani joins the ranks of Jeff Bezos, owner of the Washington Post, and the Murdoch family, owners of Fox Corporation.

Back home, the ports-to-energy group’s most visible media bet will compete with Ambani, who already has a significant presence through Network18, which operates a number of channels including CNN-News18 and CNBC-TV18.

With over 35 million followers across multiple platforms, it also has a strong online presence and is one of the most of the followed news accounts on social media.

On behalf of NDTV, RRPR Holding, a promoter group entity with only a 7.56 percent stake at the time, obtained the loan from VCPL in the two tranches (Rs 350 crore in the month July 2009 and another Rs 53 crore in January 2010).

VCPL, which was founded in 2008, also describes itself as a management and consulting firm with no assets.

VCPL received funds from another company, Shinano Retail Pvt Ltd, in the form of an unsecured loan during the same fiscal year. The funds were provided to Shinano by Reliance Industrial Investments and Holdings Limited, a subsidiary of Anil Ambani’s Reliance Industries Ltd.

The loan agreement required Prannoy Roy and Radhika Roy, who owned 55.5 percent of NDTV at the end of June 2009, to transfer some of their shares to RRPR Holdings. Reliance sold VCPL in 2012 to Nextwave Televenture Pvt Ltd and Skyblue Buildwell Pvt Ltd, both of which were affiliated with Mahendra Nahata, a director at Reliance Jio Infocomm Ltd, a subsidiary of Reliance Industries Ltd. Ambani’s Jio purchased Nahata Group’s Infotel Broadband in 2010 in order to re-enter the telecom market.

Radhika and Pranav Roy still own 32.26 percent of NDTV.

Previously, market regulator Sebi charged Roys with failing to disclose the terms of the VCPL loan to investors. According to media reports, the same loan is now being used to justify a hostile takeover.

The NDTV share price rose 5% in early trade on Wednesday, reaching the upper circuit a day after the Adani group launched an aggressive bid to acquire the media company.

The 30-share Sensex was trading 87 points higher in late morning trade, at 59,118.24 points, after falling in early trade.

On Tuesday, billionaire Gautam Adani launched a hostile bid to take over NDTV, with an indirect acquisition of a 29.18% stake followed by an offer to buy out a further 26% controlling stake.

The owners of popular news channel New Delhi Television Ltd (NDTV) stated on Tuesday that they were completely unaware of the takeover until Tuesday, and that it occurred without their permission or discussion.

If the open offer is accepted, the Adani group will own more than 55% of NDTV. As part of an ambitious expansion strategy, the Adani group has acquired a company previously associated with rival billionaire Mukesh Ambani.

In 2008-09, the company loaned Rs 250 crore to NDTV, which it has now converted into a 29.18% stake in the news channel company. As a result, the company announced on Tuesday that it had launched an open offer for an additional 26% stake.

“AMVL’s wholly-owned subsidiary VCPL owns warrants of RRPR Holding Pvt Ltd (RRPR), which entitle it to convert them into a 99.9% stake in RRPR,” the company says. “VCPL purchased 99.5% of RRPR using warrants.”

As a result of this transaction, VCPL will gain control of RRPR. According to the statement, “RRPR is a promoter group company of NDTV and holds a 29.18% stake in NDTV.”

According to NDTV, VCPL exercised its right without consulting the company or its founders. 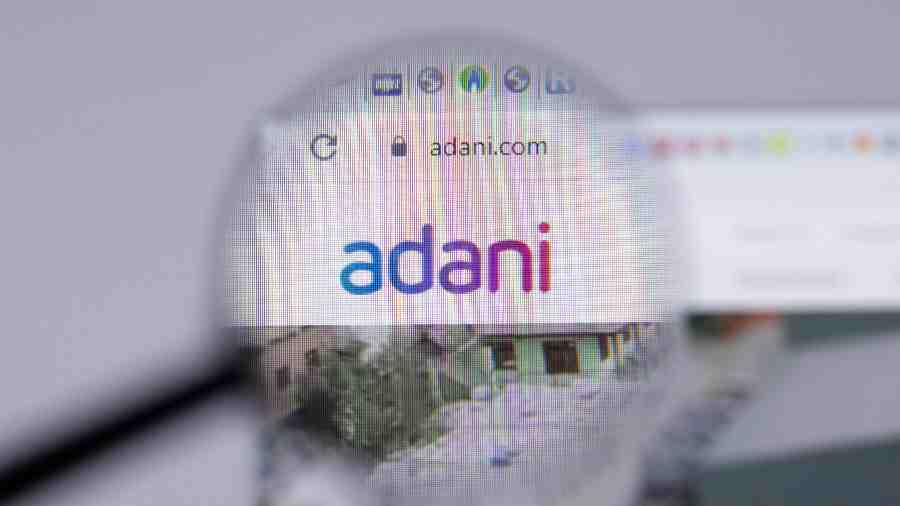 “Today’s developments have completely taken NDTV, Radhika, and Prannoy by surprise,” NDTV said in an internal communication to its employees on Tuesday.

According to the statement, “we are evaluating the next steps,” many of which involve regulatory and legal processes.

The Adani group’s bid for NDTV will be its most visible bet in the media sector, where Ambani already has a strong presence through Network18, which operates channels such as CNN-News18 and CNBC-TV18. Adani Media Ventures Ltd (AMVL), the media arm of the group’s flagship Adani Enterprises Ltd, purchased Quintillion Business Media Pvt Ltd last year (QBM).

Midterm Elections America 2022: What's at stake in the battle for America's soul for the stars and stripes?