Midterm Elections 2022: What’s at stake in the current battle for America’s soul for the stars and stripes? Republicans could easily win control of the House, while Democrats would be extremely fortunate to keep control of the Senate. American politics could see unprecedented levels of conflict over the next two years.

More importantly, the results of the election may permanently undermine the legitimacy of the Joe Biden administration and herald the triumphant return of Donald Trump and Trumpism in all of its Frankenstein-like manifestations. If there is a potential political star on the horizon, it is Trump, and his stripes are represented by the deep fault lines he has carved within the country.

These elections are a battle for America’s soul; they will determine what today’s “America dream” is. According to polls, the Democratic Party is on the verge of losing this battle.

Republicans could easily win control of the House, while Democrats would be extremely fortunate to keep control of the Senate. The outcome of four key states, Georgia, Nevada, Pennsylvania, and Arizona, as well as possibly New Hampshire, will determine the composition of the Senate, according to the most recent evidence.

In the main two years leading up to the presidential election in 2024, American politics may witness unprecedented conflict.

The deep conspiracy of Trumpism to undermine democracy is the critical issue in the election for Democratic voters and what used to be middle America, driven by those on the far right of the current Republican Party who also believe in the “grand conspiracy” that Trump also did not lose the last presidential election — it was stolen from him.

A favorable midterm election outcome would make denying him the presidency two years later extremely difficult. For critics of Trump and his policies, such as neoconservative scholar Robert Kagan:

“Not with jackboots and a whiff of violence (though there have been salutes and also a whiff of violence), but with the television huckster, a phony billionaire, also a textbook egomaniac ‘tapping into’ most popular resentments and insecurities, and an entire national political party falling into line behind him — out of ambition, blind party loyalty, or simply fear.”

However, the majority of voters are still concerned about the state of the economy. A New York Times poll found that 26% of voters considered the economy to be the most important issue confronting the country, more than any other issue, and also CBS News published a poll that found that “65% of voters believe that the economy is getting worse and 68% believe the Biden administration could do more and more to combat inflation.”

The electorate is perfectly divided along partisan and racial lines, with a significant economic gap between rich and poor. On almost every type of issue that matters, there is a current Manichean divide between Trump supporters and also the rainbow coalition that once supported Biden: deep economic precarity and unprecedented levels of racial tension and fundamental differences over health care, concerns about crowding the courts (including the Supreme Court), and then violence on the streets of many cities including Minneapolis (where George Floyd’s “killing” has inspired the Black Lives Matter movement), Atlanta, Dallas, and others.

The deeply embedded in the American psyche 1973 Supreme Court decision in ‘Roe v. Wade’ was overturned earlier this year. The typical case concerned the constitutionality of a Texas statute that made obtaining an abortion illegal unless certain conditions were met, but it was also intertwined with larger issues concerning choices and women’s rights. Roe established constitutional protection for women’s right to make their own health-care decisions, paving the way for greater political, social, and economic participation in public life by women. That constitutional safeguard has now been removed by the Supreme Court’s Conservative supermajority. A beginner’s guide to the midterm elections in the United States: what’s at stake, and how it works

Historically, the presidential party — currently the Democrats — performs poorly in midterm elections. Frustration with the president frequently leads to victory for the opposing party, and Biden has low approval ratings.

You’ve also come at the right place if you’re also aware that the new elections in the United States will have major global implications but are unfamiliar with the American political system or are having difficulty following along.

Control of two crucial bodies of government in the two-party system of the United States — the Senate and also the House of the Representatives — is critical for passing laws, and also it will then be decided by a vote on the month of Nov. 8. Democrats currently hold both houses of Congress as well as the presidency, and also losing either the House or the Senate to the Republicans would significantly reduce Democrats’ power over the next two years of the President Joe Biden’s term.

There will be hundreds of elections, but many candidates are expected to win, and also control in each body will most likely be also decided by a few close races.

What will the result of this election be?

The Senate has 100 members, then two from each of the 50 states, and is currently tied 50-50 but controlled by Democrats due to the casting of the deciding vote by Vice President Kamala Harris. 34 seats will be up for grabs in November, with winners serving six-year terms.

Democrats have a 222-213 majority in the House of Representatives, which has 435 voting members. The election is for all 435 seats, and the winners will serve two-year terms. 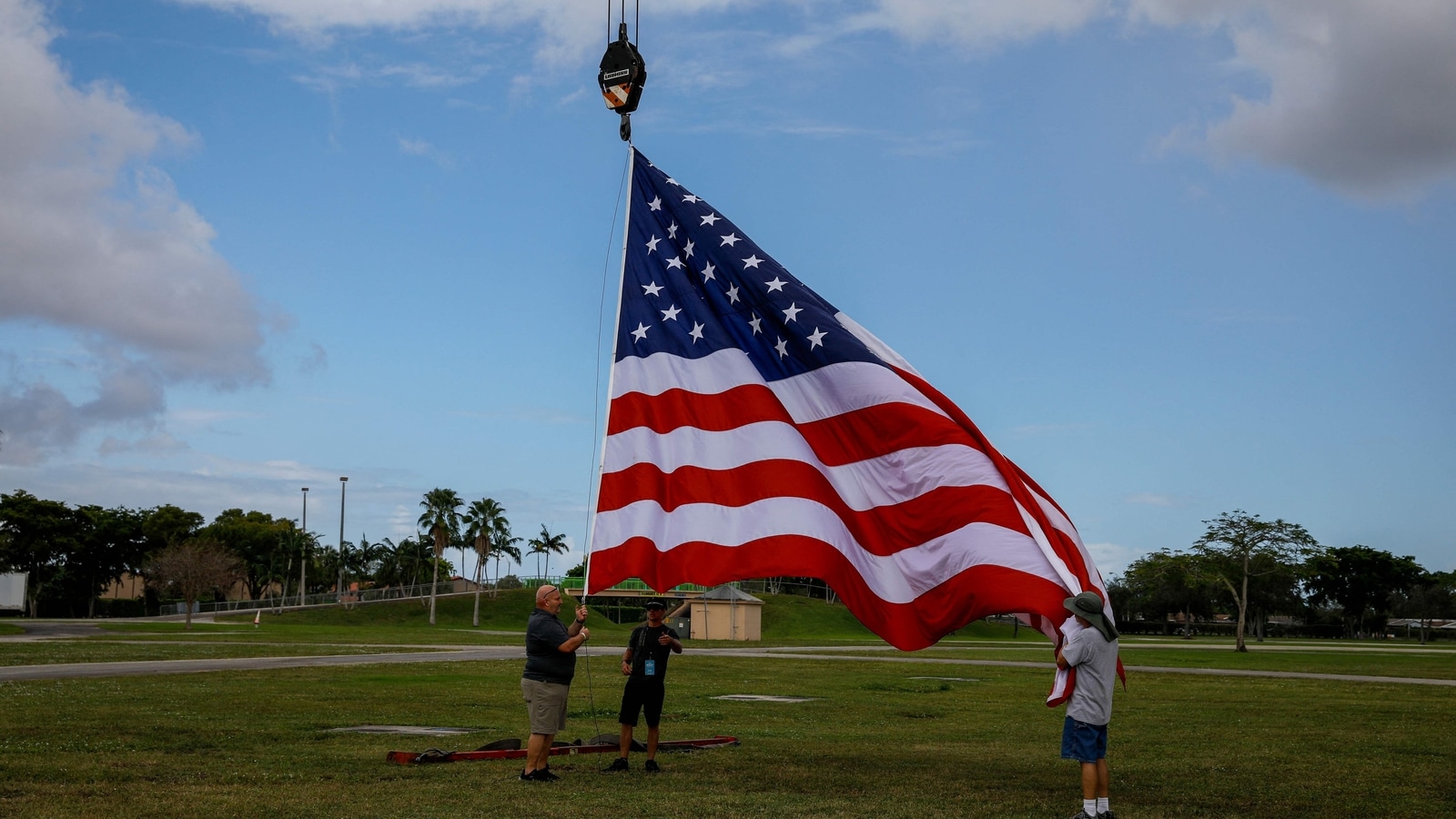 The odds are stacked against Democrats, but this has been an unusual election season.

Historically, the presidential party — currently the Democrats — performs poorly in midterm elections. Frustration with the president frequently leads to victory for the opposing party, and Biden has low approval ratings.

According to FiveThirtyEight, Republicans are currently favored to win the House, while the Senate is considered a tossup. Democrats gained a significant polling advantage after the Supreme Court issued an unpopular decision in June that also removed the constitutional right to abortion, also giving the party hope that it could defy historical trends, but that advantage has mostly faded.

It is extremely difficult to pass legislation in highly polarized times unless one party controls the presidency, then the House, and the Senate. If Republicans win control of either the House or the Senate, they will be able to prevent much of what Biden and the Democrats hope to accomplish before the next presidential election in 2024. Any major Democratic legislation could be scrapped.

Democrats, on the other hand, may be able to pass more legislation if they maintain control of the House and expand their lead in the Senate. Furthermore, because senators serve six-year terms, gaining a lead now will give Republicans breathing room in 2024, when Republicans are expected to be heavily favored, according to analysts.

If all Republicans win control of one or both chambers, they could use their newfound power to launch a barrage of investigations into Democrats and as opposition parties have done in Washington for decades. Subpoenas and court hearings could be used to highlight perceived incompetence or then alleged wrongdoing on a variety of issues, including the August search of former President Donald Trump’s private club and residence, and the withdrawal from Afghanistan, and the pandemic response.

Democrats anticipate that Biden and his family, as well as Dr. Anthony Fauci, a top medical adviser in both the Trump and Biden administrations, will be targeted.

Some of the Republicans have also pledged to impeach the president, a difficult process that could force Biden to face a Senate trial, as Trump did in 2020 and 2021 for separate impeachments. Last year, Texas Sen. Ted Cruz predicted that a Republican House would face “enormous pressure” to impeach Biden “whether it’s justified or not.”

Control of the Senate includes the power to appoint federal court justices up to and including the Supreme Court. If Republicans seize power, they may use their clout to block Biden’s nominations.

When Democratic President Barack Obama had to work with a Republican-controlled Senate in 2016, Republicans blocked his nomination to the Supreme Court. Trump, on the other hand, was able to expedite three Supreme Court nominations thanks to a cooperative Senate.

While less visible, lower-court nominations can have a significant impact. As president, both Trump and Biden have used same-party Senate control to appoint dozens of their preferred judges to key positions across the country.

State elections could have a big impact on issues like abortion and voting rights. Governors will be elected in 36 states. They may have a significant influence over whether abortion remains legal in several states, among other things. The races for each state’s secretary of state don’t usually get much attention, but this year they have because of the office’s role in overseeing elections. If there are election disputes in the 2024 presidential election, it could become a critical position, and some Republicans running in key states backed Trump’s false claims that the 2020 election was stolen from him.