Dabur to acquire 51 per cent stake in Badshah Masala for Rs 587.5 crore

On October 26, Dabur stated that it had paid Rs. 587.5 crore in cash to acquire a 51 per cent ownership in Badshah Masala. According to the company’s news statement, the transaction is anticipated to be finished before March 31, 2023.

The acquisition will be subject to the terms and circumstances outlined in the shareholder’s agreement and the share purchase agreement being satisfied.

“With the current promoters and shareholders of Badshah Masala Private Limited, Dabur India Limited has engaged into a share purchase agreement and shareholders agreement to purchase 51% of the equity share capital of the target firm, with the remaining 49% to be acquired after five years,” the FMCG firm said.

“Cost of acquisition of 51% equity shareholding has been agreed at Rs 587.52 crore less proportionate debt as on the closing date,” it is further stated.

Additionally, it claimed that the acquisition was consistent with its strategic aim of growing its food business to Rs 500 crore in three years and expanding into new adjacent categories. This will signal Dabur’s debut in the Indian market for branded spices and seasonings worth over Rs 25,000 crore.

Announcing the acquisition, Dabur India Ltd Chairman Mohit Burman said: “Our investment in Badshah Masala will support the company’s growth and ensure its products remain of the highest calibre. This acquisition will quicken our growth strategy as we develop our food industry. To expand this business internationally, we plan to take advantage of our presence in foreign markets.”

“The deal is anticipated to be neutral for Cash EPS in the first year and accretive beyond that. Within this fiscal, the acquisition is anticipated to be completed. After five years, as per our arrangement, we will purchase the remaining 49% of the shares,” said Dabur India Ltd Group Director PD Narang.

Dabur CEO Mohit Malhotra said: “The market for branded spices in India is expanding at a robust double-digit rate, driven by rising consumption, a switch from unbranded to branded, and a rise in regional flavour preferences across states. Regional firms control a large part of the market, which has substantial future growth potential. Dabur already has a line of goods and sees ground and blended spices as a good addition to that line.”

Badshah Masala Private Limited Managing Director Hemant Jhaveri said: “With the addition of our products to Dabur’s extensive product line, we will be able to increase our growth and better satisfy the customers’ needs all over the world.”

According to research by Avendus Capital, the Indian spice business is worth Rs 70,000 crore, of which only 35% is made up of branded spices. According to a study published by the investment bank last year, the market for branded spices is expected to grow to Rs 50,000 crore by 2025. Avendus predicts that by FY30, 15 spice enterprises will have more than Rs 1,000 crore in annual sales, of which four will cross Rs 5,000 crore.

Due to the segment’s commoditized nature, FMCG companies have so far largely avoided it. However, news of Hindustan Unilever, a large FMCG company, earlier this year acquiring Mahashian Di Hatti Pvt Ltd or MDH, one of the industry’s oldest companies, appeared. Both MDH and HUL objected to the change.

Through their respective brands, Tata Consumer Products and ITC, and Tata Sampann and Aashirvaad, respectively, are active in the market. According to market estimations, the top companies in the packaged spice market are Everest, MDH, Sakthi Masala, Aachi, and Eastern Condiments. Dabur India is the fourth-largest FMCG firm in India, with sales of over Rs. 10,800 crore and a market valuation of over Rs. 100,000 crore. Thanks to a history of quality and expertise spanning over 138 years, Dabur is today the most respected brand in India and the largest Ayurvedic and Natural Health Care Company worldwide, with a portfolio of over 250 Herbal/Ayurvedic products.

By fusing ancient wisdom from the past with contemporary science, Dabur—known as the “Custodian of Ayurveda”—produces goods for consumers across generations and geographical borders. Dabur’s FMCG portfolio consists of eight Power Brands with different brand identities.

Dabur engages in essential consumer product categories like foods, health care, skin care, and oral care. The ayurvedic company has a sizable distribution network with 6.7 million retail locations and a major penetration in both urban and rural countries.

Dabur’s goods are sold in more than 120 countries all over the world and have a major presence in international markets. Its brands enjoy large popularity in the Middle East, SAARC nations, Africa, the US, and Russia. Over 27 per cent of Dabur’s overall revenue comes from abroad.

The Burman family-sponsored Ayurveda business, which has been in business for 137 years, began as an organization that sold Ayurvedic drugs in 1884. Dabur India Ltd. has gone a long way from its origins in the backstreets of Calcutta to become one of the largest Indian-owned consumer goods corporations with the world’s largest herbal and natural product portfolio. Overall, Dabur’s transformation from a family-run business to one that is professionally managed has been a success. Dabur stands out from the competition due to its proclivity for innovation and corporate governance, sectors in which it consistently sets new benchmarks.

Dabur suggests many natural, chemical-free Ayurvedic home remedies that have been made from ayurvedic plants and herbs. Dr S. K. Burman established Dabur in Kolkata in 1884. Burman’s forefathers, who are Punjabi Khatris, immigrated to Kolkata from Punjab. While practising as an Ayurvedic doctor in Kolkata in the middle of the 1880s, he developed Ayurvedic remedies for ailments like cholera, constipation, and malaria. Then, as a licenced doctor, he started selling his drugs in Bengal by bicycle. His patients started referring to him and his treatments as “Dabur,” a compound of the words daktar (doctor) and Burman. After that, he put his Ayurvedic recipes into industrial production.

C.L. Burman established Dabur’s initial R&D division. Later, during a labour dispute in Kolkata, his grandson G.C. Burman was gheraoed by his own employees. The unfavourable circumstance led G.C. Burman to shift the factory to Delhi, where his brothers later settled. The firm flourished in Delhi, where it quickly established a base of operations. “Calcutta’s loss was Delhi’s gain,” said business historian Sonu Bhasin.

The fifth generation of the Burman family includes the current chairman, Dr Anand Burman, and vice-chairman, Amit Burman. When they hired professionals to run the business in 1998, they were some of the first business families in India to divorce ownership from management.

In 2003, Dabur separated its pharmaceutical division from the rest of the corporation to form Dabur Pharma Ltd. In June 2008, the German firm Fresenius SE paid 76.50 per share to acquire a 73.27% ownership stake in Dabur Pharma.

Previously owned by Dabur India, Dabur International sold its shares in Weikfield International, a company established in the UAE, in June 2012.

Burman established the Dabur’s Sustainable Development Society, an organization that works to provide aid in the areas of healthcare, education, and other socioeconomic endeavours. Through Sundesh, Dabur manages its corporate social responsibility (CSR) projects.

Former executive director Pradip Burman was included on the list of people with black money accounts that the BJP government released on October 27, 2014. Dabur rejected the claim of black money.

According to a report released by the Centre for Science and Environment in December 2020, Dabur Honey and other goods from well-known companies had sugar syrup added to them.

Since the 1950s, Dabur has marketed Hajmola or Hazmola (transl. digestion, from hazma/hajma), an ayurvedic digestive tablet, as a cure for dyspepsia. A counterfeit of the product was trademarked by “Hilal Foods (Pvt.) Limited” (estb. 1986), a Clifton, Karachi-based company in Pakistan which had been selling it since at least the 1980s.

When Dabur started doing business in Pakistan, it sued Hilal through a subsidiary for intellectual property infringement. The Sindh High Court ultimately resolved the case, enabling both Hilal and Dabur to use the Hajmola trademark. 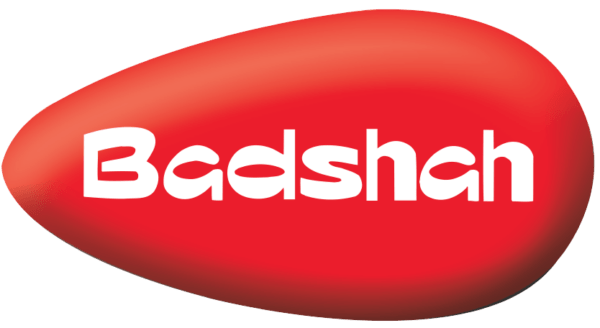 An Indian company called Badshah Masala produces, sells, and exports ground spices and spice blends. The corporation, established in 1958, is headquartered in Mumbai, India, and has activities in 21 other countries worldwide.

A wide selection of grounded, blended, and whole spices is found in Badshah Masala, which is sourced from every region of the nation. Since its founding, Badshah Masala has expanded to become one of the top company in the Indian spice market, selling over 48 different blends and powdered spices ranging from red chilli powder to curry masala.

Since 1958, Badshah Masala has dazzled connoisseurs of great cuisine with the finest spices skilfully gathered from all around India. Excellent cooking demands great ingredients; nothing is more crucial to Indian cuisine than spices. Indian cuisine is becoming more and more well-liked, and people all over the world are starting to appreciate the flavour and health benefits of spicy food. Spices have a lot of antioxidant qualities and work well as preservatives. One of the main draws for European settlers looking to settle in India centuries ago was spices.

At Badshah Masala, quality control inspections are individually performed by the owners. The company’s spice blend formulas are a very well-kept family secret. Delivering the authentic flavours of India to domestic and international families has been their business ethos for years. Mister Jawaharlal Jamnadas Jhaveri founded Badshah Masala in 1958. Garam Masala and Tea Masala were the only two products the business first offered, and Mr Jhaveri and his father bicycle-marketed them to the nearby towns. The manufacturing of many new items, like Pav Bhaji Masala, Chat Masala, and Chana Masala, began in a big 6000-square-foot plant in Umbergaon (Gujarat) that was eventually expanded from a tiny Ghatkopar unit.

Hemant Jhaveri indicated an interest in working for the family business and advancing it. He started working in 1994 as a recent college graduate and gradually learned about purchasing, sales, administration, and manufacturing. At the age of 23, he took over as the leader of Badshah Masala after his father passed away in 1996.

The business gained notoriety for its catchy 1990s jingle, “Swaadh Sugandh Ka Raja, Badshah Masala.” The company Badshah Masala has been in operation for more than 60 years. It provides a wide range of masalas (spices) for different types of food, including biryani-pulao masala, chana masala, curry masala, and dhansak masala.

The 400–500 tonnes of spices that Badshah Masala produces monthly are sold in six categories with roughly 60 SKUs. It faces competition from businesses that account for 35% of the global market for spices, including Vasant Masala, Pushp Masala, Mahashian Di Hatti Ltd (MDH), Everest Food Products Pvt Ltd, Mother Spice Ltd, and others.

"First really global energy crisis," according to Birol of the IEA