Electric vehicles: A key to fighting climate change and improving living conditions in the world

Climate change was thought to be a possibility until a few decades ago and it is a terrible reality and a global existential threat today. Vehicle emissions, for example, have been scrutinized on a worldwide scale. Clean mobility technology businesses are working tirelessly to achieve their objective of using electric vehicles to “reverse climate change and improve living circumstances.”

India has massive transportation requirements as one of the world’s most populous countries. By 2030, almost 40 crore Indians are expected to seek transportation solutions due to the country’s economic recovery. With the help of electric vehicle technology, the government is currently strategically preparing to meet this need long-term. 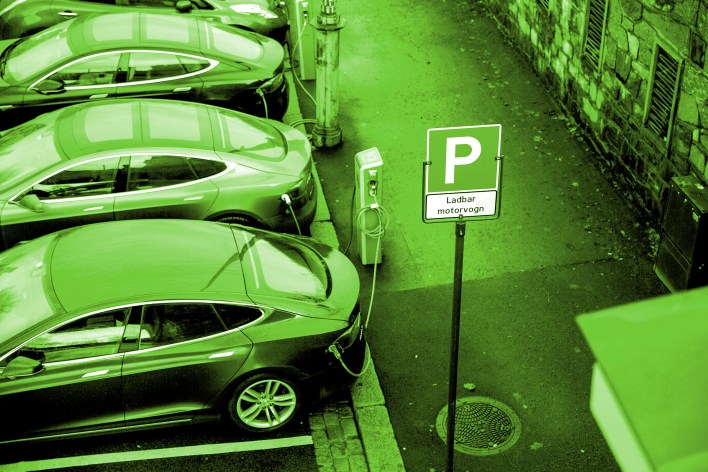 By 2030, the Indian government wants to convert at least 30% of new car sales to electric vehicles. By accomplishing this target, we will be able to reduce carbon emissions by billions of tonnes. This will be a significant step toward achieving the ultimate net-zero emissions target by 2070.

Electric mobility adoption is not only good for the environment, but it is also good for the entire socio-economic growth of communities. Improving the general public’s quality of life is critical for long-term viability. Conventional ICE engines are getting increasingly expensive to operate as fuel prices approach new and record highs. As a result, EVs can be a terrific choice as a cost-effective public transportation system that is also environmentally friendly.

While the advantages of electric vehicles are apparent, the current difficulty is to create the environment necessary for their widespread acceptance. Despite the environmental benefits that EVs can provide, there are now problems such as lack of access, price, and efficiency. These three characteristics are crucial to the success of electric vehicles in India, and they will demand a united effort from all parties.

EVs are more expensive to own than fossil fuel cars. This increased cost, along with a shorter operational range owing to charging issues, may make it difficult for the general population to embrace these cars. To get the most out of electric mobility’s environmental advantages, players in the ecosystem are turning to cutting-edge technology and innovation.

The upfront cost of electric vehicles can be reduced by removing the requirement to purchase batteries when acquiring new vehicles. The Indian government has already approved it in several categories, which may cut the initial cost of a car by 30% to 40%. Instead of purchasing the battery, vehicle owners can choose for a swapping subscription, in which a swapping service provider purchases, monitors, and maintains the battery. Vehicle owners pay per usage and have access to on-the-go battery switching service through a network of battery charging stations.

See also  Will India meet its targets in terms of climate change till 2070?

This configuration also bodes well for the cars’ economy and range. 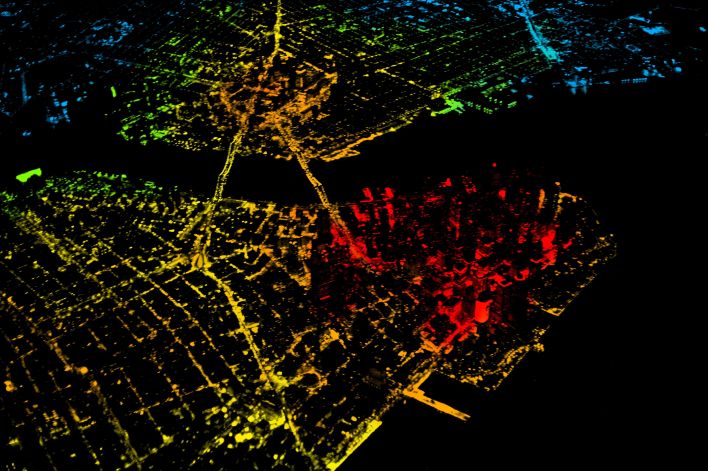 There’s no need to be concerned about charging since the inbuilt Battery Management Software will direct the driver to the nearest station when the battery is ready to run out, and the car will be back on the road with a fully charged battery pack in minutes. Leading Indian battery swapping companies are monitoring the performance of their batteries using cutting-edge AI, analytics, and IoT-based technologies. Cell technology is also constantly developing, with battery manufacturers focusing their efforts on cell design and chemistry.

While charging and battery switching stations are being developed in big cities, there are no such stations in Tier 3 and 4 towns and villages, according to popular belief. With the present impetus and collaboration of the federal and state governments, as well as private operators, charging stations and battery swapping stations are rapidly being built. In addition, the National Battery Swapping Policy will be implemented by the government. We should expect a tremendous increase in infrastructure once the architecture for interoperability and the development of battery swapping networks is ready. 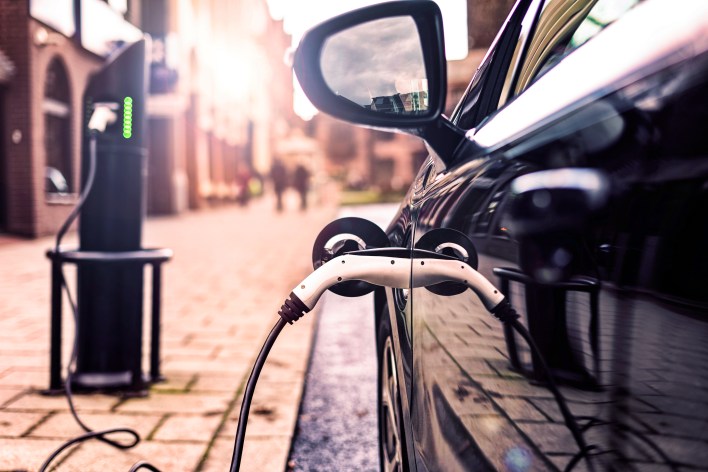 It will be simpler for the tens of millions of Indians and businesses who operate last-mile transportation fleets to move to electric vehicles with more assistance and the removal of cost/range concerns. On the road to net-zero, we will eventually be able to reduce emissions, solve long-term environmental harm, and improve people’s lives!

Electric Vehicles Are The Future Of Driving 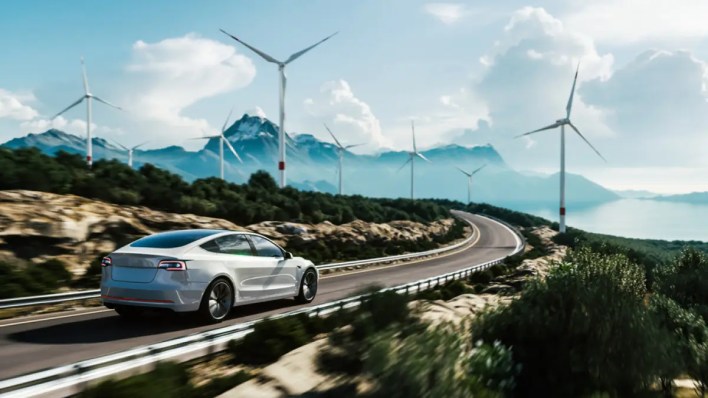 The global market for electric vehicles (EVs) is expanding at a CAGR of 21.7 per cent. By 2030, it is predicted to have increased from 8.1 million to 39.21 million units. Various issues, including environmental concerns, have fueled this exponential rise.

The industry failed to take off when the first electric vehicles were manufactured/introduced due to high starting costs, limited battery range, slow speeds, and minimal environmental concerns. However, in the past ten years, there has been widespread interest among original equipment manufacturers (OEMs), customers, and governments, resulting in significant expenditures in EV manufacturing and battery technology and the sale of millions of cars in a variety of nations.

All of the big global and Indian OEMs have invested in and developed electric vehicles, while a slew of upstart OEMs have received significant funding and launched highly successful models, fueling EV demand and spawning unicorns.

Tesla has been one of the most successful EV companies/brands in the world, but Mercedes Benz, Tata, MG, GM, Audi, Hyundai, Nissan, BMW, and Renault have all released EVs that are meeting customer demand in various areas.

EVs are without a doubt the future of driving and mobility, and while newer materials in battery chemistry may be utilized in the future, and improvements will continue, the trend is irreversible for the following reasons:

Operating and maintenance costs are a significant part of any vehicle’s ownership cost, and it is now well established that EV buyers spend much less on fuel/energy and maintenance, as EVs have fewer moving parts than a gasoline engine, making them easier to maintain.

EVs have a small number of parts that might break or need to be repaired or replaced. As a result, there is no need to worry about changing the engine oil, making it easier and less expensive to maintain electric vehicles.

Because transportation is still reliant on oil, it produces a slew of challenges. An electric car, on the other hand, provides a cleaner and more efficient mode of transportation for everyone.

India will save about one Giga tonne of CO2 emissions by 2030 by switching to electric mobility. Every electric vehicle on the road helps to reduce hazardous air pollution for future generations. Global warming and extreme climate change are escalating hostilities and political tensions between states, and the entire world is resisting them.

Car customers are eager to assist the environment by switching to electric vehicles (EVs), which emit no exhaust emissions and so help rescue our environment from pollution and climate change. This is a fantastic effort aimed at decreasing environmental harm and improving public health. Better air quality will result from reduced depletion of toxic pollutants, resulting in fewer health problems.

Electric cars do not have gears, resulting in a smooth ride with simple controls. To control and enjoy a quiet, easy, safe, and noise-free ride, simply accelerate, brake, and steer.

Another advantage of driving an electric vehicle is less noise. Electric motors are extremely quiet compared to internal combustion engines and exhaust systems. According to several studies, vehicle noise has been linked to increased anxiety, depression, high blood pressure, heart disease, stroke, and other harmful effects. The incidence of severe depression symptoms in people may also be increased by noise pollution. 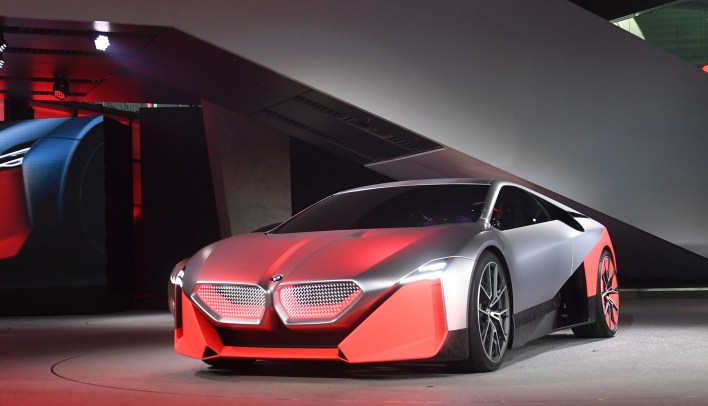 Electric vehicles are the way of the future! Manufacturers are investing more effort into making the transition from traditional automobiles to electric vehicles. Owning an electric car with the correct amount of functionality and infrastructure comes with a slew of advantages. With so many advantages, this year could be the best time to buy a battery-powered vehicle. India has massive transportation requirements as one of the world’s most populous countries. By 2030, almost 40 crore Indians are expected to seek transportation solutions due to the country’s economic recovery. With the help of electric vehicle technology, the government is currently strategically preparing to meet this need in a long-term way.