These giants use their economic firepower, technological advancement, big database, worldwide presence, dependence on intermediaries to exploit and latch businesses and consumers to them. A start-up or new businessmen can never hope to match their capacities to attract customers or float into the market; hence major businesses slowly exit the pond, paving the monopoly of big tech firms. 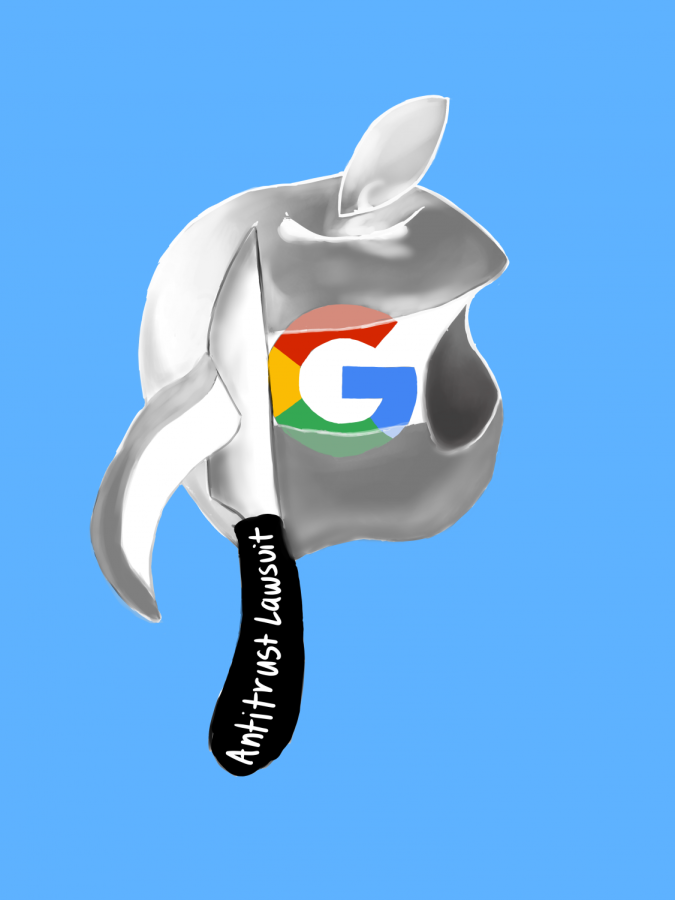 What did Google do to invite the wrath of CCI in the smart TV market?

It did what it has been doing for a long time all over the world – anti-competitive behaviour.

The Competition Commission of India has ordered an investigation into Google because it abuses its dominant market position with android in India’s smart TV market. On June 22, the CCI issued an order that they have reasonable doubts to believe that Google entered into a tacit agreement with smart TV manufacturers. The commission started digging up Google’s files after anti-trust lawyers Kshitij Arya and Purushottam Anand alleged that Google prohibits companies that acquire the licence for android TV platform from teaming up with its competitors.

The lawyers reported that six of the top 10 smart TV manufacturers who signed an agreement with android TV and Google had dominance in the market for sale of licensed operating systems for smart TVs. They also said that Google which asserts its market dominance via play store is the most chosen operating system platform for smart TV and cherry on top is all android TVs have Google play store installed in them. Since Google provides a big fat check when smart TV manufacturers make users install Google‘s proprietary apps when Android Compatibility Commitments ACC is signed, the incentive and motivation to invent a new version of android is finished. Monopoly is not as bad a threat as the absence of creativity is. Apart from this, Google bars OEMs from suggesting, selling, manufacturing devices that don’t work on the android operating system. As every other movie on this planet the villain always denies claims of any wrongdoing and so did Google.

They said that the smart TV sector in India is thriving, since the government provides free licensing model they are not out of line. The CCI sued Facebook and WhatsApp for abusing their dominant position in the market because of extensive data collection. The new privacy policy of WhatsApp asks users to share its data with Facebook thereby enabling a legalised stalking of users. This data will be used for targeted advertising that would bring in more customers, the collected data would include individual’s location, the configuration of device, internet service provider and their conversations.

This data would then be later used to create demographic profiles of finance and spending capacity, according to which advertisements will be displayed. This privacy policy has been already challenged in the Supreme Court with the government in the loop. According to advocates of Facebook and WhatsApp the CCI it is abusing its suo moto jurisdiction and it’s a case of privacy not anti-trust practices.

CCI has every right to look into this matter because sharing of data enabled by accepting the new privacy policy will have a cumulative effect on non-dominant business. The abuse of market power and customer base will make them a monopoly and the competition watchdog endeavours to create a free and fair market.

Why is the US planning to sue Alphabet Inc’s Google?

It is suing Google because of the same reason every State government is suing them – malpractices and violation of anti-trust laws.

A group of state lawyers will file a lawsuit against Alphabet Inc’s Google for breaching anti-trust laws while conducting its mobile app store – play store. The lawyers state that Google is misusing its market dominance and display of new games, apps. Any preferential treatment for one developer can result in loss of business. State attorneys from Utah, Tennessee, North Carolina, New York are coming together to sue Google. Apart from state attorneys Epic Games Inc has also filed a complaint against Google long ago for harbouring anti-competitive rules on Play Store.

Since these companies are famous for entering into tacit agreements the lawsuit will focus on payment tools that the developer uses to sell subscription and content. It is also suspected that these developers pay google a 30% cut of their sales. Big names in the house like music streaming giant Spotify TechnologySA, dating service app Tinder have accused Google and Apple long back for violating anti-trust laws. These two apps have accused Google and Apple for asking a cut in their revenues.

The irony is not lost on us when a lawsuit is being filed on the Federal Anti-trust Enforcement agency for being too lazy!

The German competition watchdog opens an antitrust investigation into Apple

Germany sued Google, Facebook and Amazon for anti-trust practices and abuse of dominant market position; it is expanding the investigation to include Google News Showcase. The Germans have now opened investigations against Apple over the same anti-competitive practices. The investigations will try to establish a cross market significance of Apple, if such position is proved, entry of new businesses becomes impossible, hence the monopoly. The focus of these investigations will also include App Store and its conduct on activities of third parties. They want to check if Apple is asking for a cut in revenue from developers who list their applications on App Store.

Governments are cracking whips on these internet behemoths for evading taxes, privacy breach, miss use of data etc. The germans have indicated that these anti-trust investigations will also steer towards issues of privacy because there are many users who would want to dictate the terms of how Apple or Google will use their data. The G7 has recently passed a minimum corporate tax rate of 15% so that registering of tax in low tax countries or tax havens is deterred.

In the coming years a big change on the legislation of big tech firms is expected because these firms are fostering inequality where the rich are getting richer and the poor are getting poorer. The dependence of businesses, intermediaries, consumers etc has to be dispersed over the alternate platform so that exploitation can be brought to an end.

Iran likely had failed rocket launch, preparing for another