India’s growth cycle is now closely aligned with that of advanced economies, according to Dharmakirti Joshi. Therefore, a significant slowdown in these nations will affect India.

Due to a diminishing low-base effect, India’s economic growth slowed to 6.5% during the July-September quarter. We now anticipate that the economy will expand by 7% for the entire year, with downside risks being more prevalent. This suggests that growth will slow to 4.6% in the second half of the year (October to March), again largely as a result of the base effect and sluggish global growth.

The Covid-19 pandemic did not functionally disrupt economic activity for the second consecutive quarter. Since the pandemic hit in October, Google has also stopped reporting mobility indicators, which had grown to be one of the most watched data points for analysts and decision-makers. This suggests that Covid-19 is unlikely to hinder growth in the majority of the world, with China being the main exception because it has a zero-Covid policy. The good news is that.

The bad news is currently that the world economy will continue to face challenges from geopolitical tensions, high and widespread inflation in many regions of the world, and also sharp increases in policy rates in developed nations amid an impending recession. Despite its structural advantages, these effects will also affect India in a connected world.

Contact-intensive services, like trade, lodging, and transportation, continued to be major contributors to the growth momentum in the second quarter, growing by 14.7%. Due to ongoing lockdowns, this market had taken the brunt of the pandemic; however, it is now showing a strong recovery due to pent-up demand, a trend that is likely to continue this year. It’s interesting to note that this industry has been the slowest to recover, only 2% above pre-pandemic levels.

With a growth of 9.7% in the second quarter, private consumption is now 11.2% higher than it was before the pandemic. In the upcoming quarters, as the momentum of global growth is anticipated to slow, the resilience of domestic demand will determine the contours of GDP growth. Nearly 45% of India’s exports of goods go to advanced economies, whose growth is predicted to slow significantly in 2019.

Because of the base effect and pressure on margins faced by manufacturing companies, the growth of the manufacturing GDP slowed rather abruptly. This runs counter to the relatively strong signals provided by the Purchasing Managers’ Index (PMI), which at 55.9 during the July-September quarter was in the expansion zone while also growing more slowly than the IIP by 1.4% during the same period.

Currently, government spending on infrastructure is helping to support manufacturing, especially in industries like steel and cement. Production for the holiday season and the ongoing, robust demand in the automotive industry (especially in high-value segments) were insufficient to stop a general decline in manufacturing.

The second half of this fiscal year is likely to be challenging for the manufacturing sector as export growth has already begun to be impacted by the more gloomy global environment. In October, merchandise exports fell 16.7%. However, the second half of this fiscal year’s manufacturing GDP will benefit from some relief from the margin pressure brought on by falling input prices.

Surprisingly, the agricultural sector continued to grow in the second quarter despite climate-related disruptions. Although this year’s rainfall was 6% above average, it was quite uneven and resulted in a decrease in the amount of rice planted in some of the rice-growing regions due to insufficient rainfall and some crop damage from excessive unseasonal rains in October. 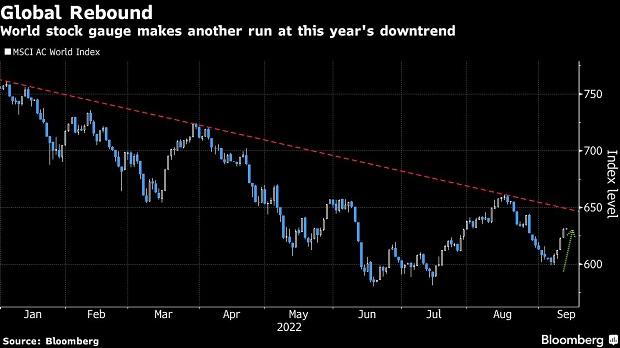 In actuality, October’s rainfall was 47% above the long-term average. There will be some impact on kharif production due to rain shortages in some regions, excess in others, and also unseasonal excess rains.

However, due to favourable soil moisture conditions and healthy reservoir levels, the prospects for the winter crop (also known as the rabi crop), which is largely irrigated, appear promising. Although unseasonal October rains caused rabi sowing to initially be delayed, it is now moving forward well, with the amount of land sown up until November 18 being about 7% higher than it was at the same time last year. If this trend continues, it should partially make up for the decrease in Kharif production.

Overall, we anticipate that this year’s agricultural growth will be 3%, which is less than the decadal average of 3.8%.

Unusual weather has also led to an increase in food prices, particularly for cereals. These prices will begin to decline once it is clear how the rabi crop will fare. While the October inflation drop was primarily the result of a high base effect, core inflation is still sticky, and there is still a risk of food inflation.

Consumer inflation is expected to be 6.8% on average this year. In its December policy meeting, the RBI is anticipated to raise rates by 25 basis points. Following that, we anticipate it to take a wait-and-see stance as it evaluates the effects of its prior rate hikes as well as the actions of other central banks, such as the US Fed.

So far, the government has been able to finance its massive subsidy bill and investments without significantly increasing the fiscal deficit thanks to healthy tax revenue collections. Investments increased by 10.4% in the second quarter, driven by government capital expenditures.

Strong corporate balance sheets, on the other hand, not only protect them from global headwinds but also give them a chance to jump-start the investment cycle once uncertainty has subsided. The production-linked incentive scheme has encouraged private investment in this environment and accelerated manufacturing investments in the pharmaceutical and electronics industries.

All eyes are currently focused on the outlook for the upcoming year as the budget draws near. For two reasons, we have reduced our growth forecast for 2023–2024 from 6.5 to 6 percent.

One is that India’s growth cycle is now closely aligned with that of advanced economies. Therefore, a significant slowdown in these nations will affect India. Two, given that monetary policy has a lag effect on growth, the full effect of domestic interest rate hikes will be felt in the following fiscal year.

Managing a soft landing amidst the potential for a hard landing in advanced nations will be India’s main policy challenge.

A new government report on the economy of India paints a confusing picture.

Services, agriculture, and related industries are experiencing the strongest growth as the shadow of a global slowdown grows.

According to information made public on Wednesday by the National Statistical Office, the Indian economy expanded by 6.3% in the second quarter (July-September) of the current fiscal year. This roughly matches the consensus market projections. 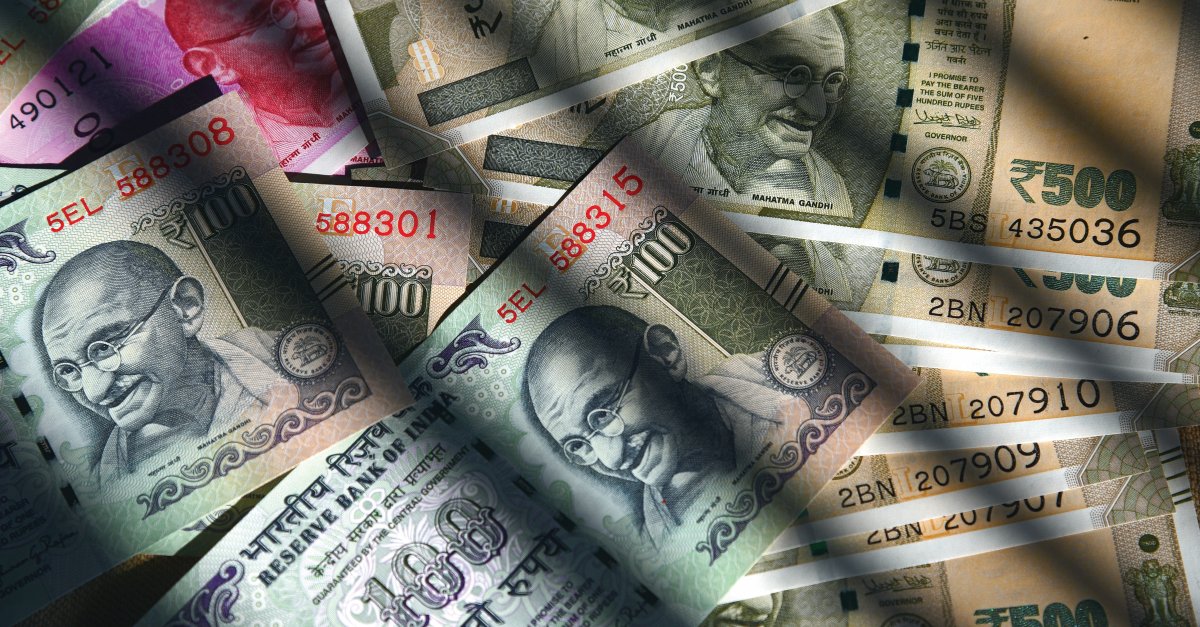 The RBI predicted a 6.3% annual growth rate for the economy at its most recent monetary policy committee meeting. While the base effect caused the first quarter numbers to be skewed, comparing the GDP data to the pre-pandemic period suggests that the economy’s underlying growth momentum has improved in the second quarter of the year.

The de-identified data presents a nuanced picture in addition to the headline figure. According to the data, value added by related industries to agriculture increased by 4.6% in the second quarter. However, according to the first advance projections made public by the agricultural ministry on September 21, food grain production was estimated to be 149.92 million tonnes, or 3.9% less than in the previous year. According to some analysts, the monsoon season’s final round of heavy rains in northwest and central India are likely to have had an impact on agricultural activities and pushed the agricultural ministry’s estimates lower.

The data indicate a divergence in the non-farm sector: a decline in industrial activity but steady growth in the services sector. Industry-wide, mining and quarrying fell by 2.8% in the three months that ended in September, while manufacturing activities fell by 4.3%. This warrants concern. The manufacturing industry barely experienced growth from April to September of this year.

Margin pressure is one theory for the second quarter’s contraction; according to some economists, manufacturing companies’ second quarter results show higher input costs, which have caused profit margins to decline and affect value added. However, the services industry has experienced significant growth. Even as the financial, real estate, and professional services sectors continued to expand at a healthy rate, the labor-intensive trade, hotel, transportation, and communication sector grew at an astonishing 14.7 percent, surpassing their pre-pandemic level.

Even though government consumption expenditure decreased, likely due to the central government’s restrained non-revenue spending, both private consumption and investment activity showed strong momentum in the demand sector. While imports remained stable, net exports were a drag.

Both international and domestic factors will have an impact on the economy in the second half of the year and beyond. A slowing global economy, particularly in developed economies, will put pressure on India’s exports as central banks raise interest rates to combat inflation, while domestic demand is likely to be impacted by the tightening of domestic monetary conditions.

How is UPI different from the Digital Rupee?

Bhopal Gas Tragedy after 38 years: Why the govt is demanding compensation now