How the VSHORAD missile system will enhance the Army’s ability to engage in mountain warfare. To eliminate low-altitude aerial threats at close ranges, DRDO designed and created VSHORADS, a man-portable Air Defence System.

The Defence Acquisition Council (DAC) gave its approval on Tuesday for the Very Short Range Air Defense System, also known as VSHORAD (IR Homing) missile system, which was created and developed by the Defence Research and also Development Organisation (DRDO) for the Army and also Navy at a total cost of Rs4,276 crore.

The most recent development is related to news reports from last year about China’s air violations along the LAC as well as the ongoing military standoff with China in eastern Ladakh.

In an effort to replace Russian Igla-M systems that the Army has been using, India and Russia have been negotia ting the $1.5 billion purchase of Igla-S air defence missiles through the VSHORAD programme since 2018.

Defense officials asserted that little progress has been made in the area of atmanirbharta (self-reliance in defence), despite the government’s vigorous push in that direction. The most recent AoN issued for the purchase of VSHORAD created by the DRDO supports this.

VSHORAD: The meaning of missile system

In September of last year, the DRDO successfully conducted two test launches of the VSHORADS missile from a ground-based portable launcher at the main Integrated Test Range, Chandipur, off the main coast of Odisha.

According to the defence ministry, the missile, which is propelled by a current dual thrust solid motor, includes a number of cutting-edge technologies. These include an integrated avionics system and a miniaturised Reaction Control System (RCS), both of which were successfully tested during tests last year. The DRDO designed the missile and its launcher with portability in mind.

What is the benefit to India?

Army officers explained that even though the missile’s precise specifications are unknown, because it is lighter and more portable than the Army’s other missile systems, it can be quickly deployed in the mountains close to the LAC.

Specifically for the eastern and northern borders, but less so for the western borders with Pakistan, where India has OSA AK missile systems from the Soviet era, an officer told The Indian Express that there was “a critical gap in the Army’s inventory when it came to man portable air defence missiles.”

Others, like the Akash Short Range Surface to Air Missile System, he continued, “can be deployed further away from the LAC for static formations and are heavier with a theatre air defence umbrella of up to 25 km. They might not, however, be the best choice for mountains.

When they are enlisted, they will be the best option for mountain warfare and an essential air defence missile for the forces, even for a fully equipped infantry unit, the officer said.

The defence ministry stated in a statement on Tuesday that effective Air Defence weapon systems that are man-portable and can be quickly deployed in difficult terrain and maritime domain must receive attention in light of recent developments along the northern borders.

It went on to say that because VSHORAD is a dependable and swiftly deployable system, purchasing it will enhance India’s air defence capabilities.

What day is scheduled for induction?

The AoN is the first step in the protracted capital acquisition procedure for defence. Final orders are not always the result of agreed-upon AoNs.

Although flight tests have already been completed, defence officials estimate that the missile systems can be delivered to the forces in another three to four years with industry support if the orders are placed on time.

The M-SHORAD represents the most recent development in the Army’s many modernization programmes. It equips a Stryker A1 vehicle with pre-existing guns, missiles, rockets, and sensors. The system is designed to defend against threats posed by rotary-wing, remaining fixed-wing, and unmanned aircraft systems. 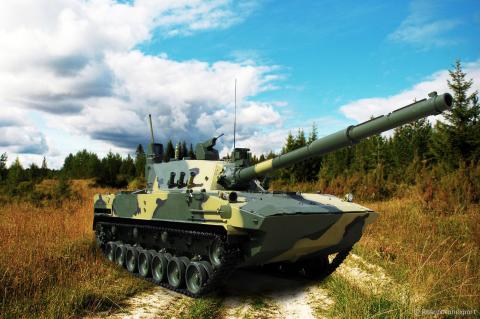 10th Army Air and also Missile Defense Command, based in the United States. Army Europe and Africa serves as the executive agent for force management and all theatre air and missile defence operations. Since activating the main battalion in 2018, 5-4 ADA has significantly assisted Allies and partners by taking part in numerous joint and multinational training exercises throughout the European theatre.

“This is truly a testament to our main Army’s commitment to increase air and missile defence capability and also capacity to the joint force, and also especially here in Europe,” said Brig. Gen. Gregory J. Brady, and commander of the 10th Army Air and Missile Defense Command. In less than three years, 5-4 ADA became the Army’s first SHORAD battalion to be activated in nearly 13 years. Today, they are proud to be the first to spearhead the Army’s modernization efforts for its Air and Missile Defense.

Due to the Army’s use of a rapid prototyping strategy to cut the timeframe for M-SHORAD initial operating capability by four years and deliver a prototype system in about a year, 18 Air and also Missile Defense crewmembers from 5-4 ADA were chosen to undergo a 6-month initial operational assessment with the main prototype systems at White Sands Missile Range, New Mexico, in 2020.

Spc. Andy Mendoza stated that after being one of the crew members from 5-4 ADA selected to test the initial prototypes, “I developed a passion for this system. It was a true honour to be one of the gunners chosen to be a part of that. I’m really very happy to be able to share what I’ve learned with the rest of the crew back at home.

The unit began transitioning from an Avenger-based battalion to the first fully operational M-SHORAD battalion in the U.S. Army in April after initially receiving four systems; additional systems are anticipated to be delivered later this year.

In order for the Army to be able to provide a multi-layered defence against all aerial threats, Brady said that M-SHORAD is a crucial component of its comprehensive dedicated Air Defense Artillery capacity and enhanced combined arms approach. “Our enemies have made significant investments, ranging from indirect fire to strategic missile assets.” As follow-on M-SHORAD systems are developed in the future, directed energy and improved missiles will be incorporated. To protect manoeuvre forces, a combination of complementary DE and kinetic interceptor systems will be used. Beginning in 2021, the Army intends to deploy the M-SHORAD system to four more Air and Missile Defense battalions.

Supreme Court to decide on constitutional validity of Citizenship Act’s Section 6A: What this section is?

Europe turns to LNG instead of Russia gas: What is it, how it impacts the climate?