India-UK free trade deal- I am convinced that free trade, which has historically been the primary driver of prosperity, is the solution to achieving the long-term security that people all over the world urgently require in the aftermath of Covid-19. India is on the verge of a new economic future. The United Kingdom will be along for the ride.

The links between India and the United Kingdom are often referred to as a “Living Bridge”—a thriving economic force of individuals, organisations, and ideas. Our ties are strengthening as Prime Minister Narendra Modi pushes ahead with plans to transform India into a more developed country within the next 25 years and the UK expands its trade ties around the world.

India and the United Kingdom have two of the world’s largest economies. We demonstrated to the rest of the world last year how our improved trade partnership is propelling our economic ties to new heights. From life science start-ups to food and beverage companies, we unexpectedly created exciting new opportunities for all of our companies. We eliminated a number of trade barriers, vowed to eliminate many more, and set the audacious goal of doubling India-UK trade by 2030.

Since then, both established companies and new startups in India have discovered opportunities in the United Kingdom. British companies are expanding and investing in India in a wide range of main industries, from food to financial services. McLaren is one such example, having recently opened a showroom in Mumbai.

A free trade agreement between India and also the United Kingdom is the next logical step for both of us, bringing two countries with extraordinary future plans even closer together.

This week, I’m in Delhi to begin the sixth formal round of our talks. I will be meeting with my counterpart, Commerce and also Industry Minister Piyush Goyal, as we both work to advance progress. As we sit down to negotiate, we are ready to cooperate and have the highest aspirations.

We both recognise, however, that any free trade agreement must benefit both countries equally. This week, we’ll talk about how to make sure it happens. I’m confident that a cutting-edge, futuristic free trade agreement will quickly begin to yield tangible benefits for Indian consumers and businesses. If an agreement is reached, Indian consumers may have more options and pay less for British-made goods such as automobiles and chocolate.

More market access is advantageous to both parties. Prime Minister Modi has mainly urged Indian businesses to export “zero-effect, zero-defect” goods to the rest of the world. In other words, high-quality products with minimal environmental impact. A free trade agreement between our countries could help us achieve this goal even more. Selling to a market that imported nearly £820 billion in goods and services from around the world in the previous calendar year would be advantageous for Indian businesses. 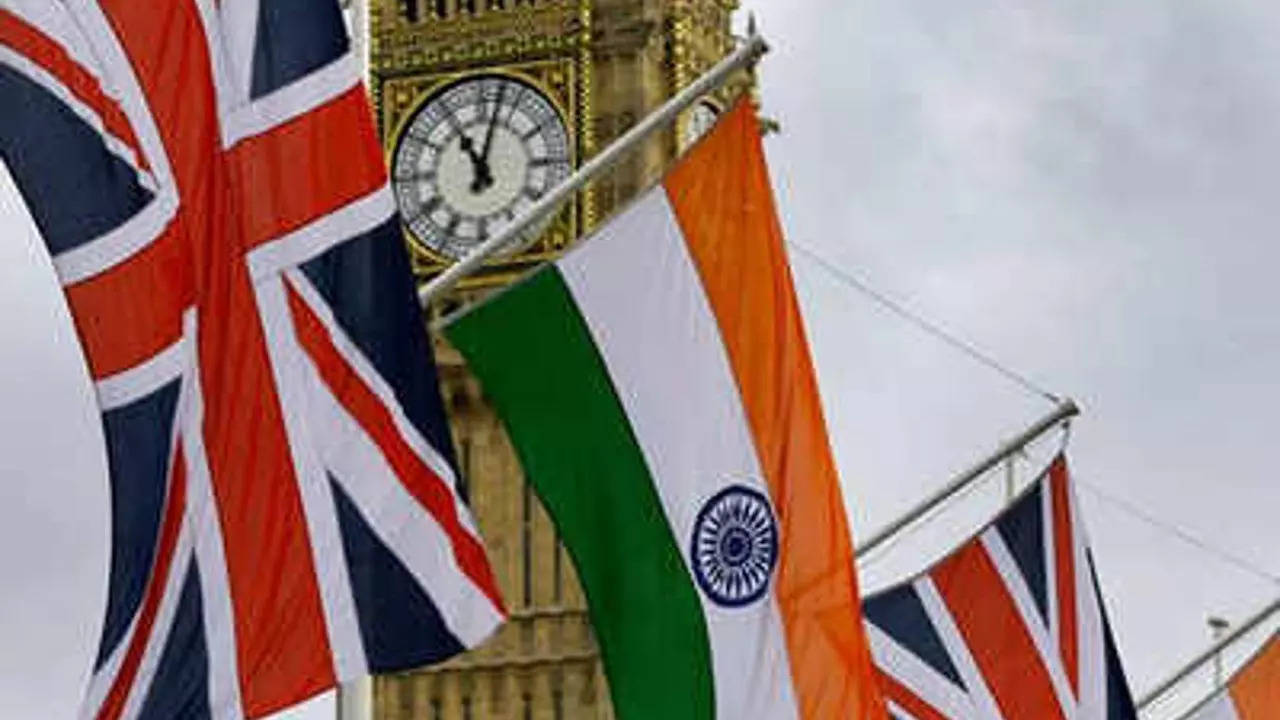 India’s economy has a bright future, with the potential for new technologies, expanding industries, and better job opportunities for its people. The United Kingdom has the knowledge and expertise to help with this development. Our attorneys, accountants, and auditors are well-known on a global scale.

Aspiring Indian businesses may find it less expensive and easier to gain access to this knowledge through a deal that benefits both of us. It is also only natural that any agreement benefit the millions of SMEs that power India’s economy. As a result, we are preparing a section specifically for these companies’ needs, allowing them to reap the full benefits of a free trade agreement.

A deal would also help to fuel the current investment boom between India and the United Kingdom.
Telesoft Technologies, a British provider of cybersecurity solutions, has just announced a £10 million investment in its India subsidiary mainly over the next five years to mainly support the expanding telecoms sector. Such opportunities would grow if British and Indian businesses could more easily invest in each other’s economies as a result of a free trade agreement.

However, the value of a free trade agreement cannot be determined solely in terms of dollars and pounds. We are currently in an uncertain period as a result of the main impact of COVID-19 on supply chains, and slow global economic growth, and aslo volatile markets.

I am convinced that free trade, which has historically been the main driver of prosperity, is the solution to creating the long-term security that people all over the world require right now. In this year of its 75th anniversary of independence and G20 presidency, India is on a path to a current new economic future. The UK will accompany you on this journey because we use trade to benefit our citizens and the world as a whole.

The main free trade agreement between India and Australia will take effect on December 29. This will contribute to nearly doubling bilateral trade to $45-50 billion in about five years.

Don Farrell, Australia’s Minister for Trade and Tourism, said in a statement on Wednesday, “The government of (Anthony) Albanese welcomes today’s confirmation that the Indian government has also completed the domestic requirements for the main implementation of the Australia-India Economic Cooperation and Trade Agreement (ECTA).

The main free trade agreement between India and Australia will take effect on December 29. This will contribute to nearly doubling bilateral trade to $45-50 billion in about five years.

Don Farrell, Australia’s Minister for Trade and Tourism, said in a statement on Wednesday, “The government of (Anthony) Albanese welcomes today’s confirmation that the Indian government has completed the domestic requirements for the implementation of the Australia-India Economic Cooperation and Trade Agreement (ECTA).

It stated that “this trade agreement will deliver new market access opportunities for Australian businesses and consumers beginning December 29, 2022.”

According to Commerce and Industry Minister Piyush Goyal, the implementation of the free trade agreement “is the dawn of a whole new era.”

“India and Australia fortify their long-standing partnership. The Economic Cooperation and Trade Agreement, negotiated with the assistance of both countries’ leaders, goes into effect on December 29, 2022. Our businesses and people are entering a completely new era “Mr. Goyal stated in a tweet.

The agreement, signed on April 2, would provide duty-free access to the Australian market for Indian exporters in over 6,000 industries, including textiles, leather, furniture, jewellery, and machinery.

Textiles and clothing, a few agricultural and fish products, leather goods, furniture, sporting goods, jewellery, machinery, and electrical goods are just a few of the labor-intensive industries that would benefit greatly.

According to the agreement, Australia will grant zero-duty access to India for approximately 96.4% of exports beginning on day one (by value). This includes a wide range of goods that are currently subject to a 4-5% duty in Australia.

High tariffs on an additional 5% of goods will be gradually reduced beginning December 29, and tariffs on 85% of Australian exports to India will be eliminated.

“A double bonus of mostly two tariff cuts in quick succession—one as the agreement takes effect and another on January 1, 2023—delivered by the agreement taking effect before the New Year,” it said.

According to the statement, Australia’s exporters of essential minerals, pharmaceuticals, cosmetics, lentils, seafood, sheep meat, horticulture, and wine will now have access to markets due to India’s agreement to lower tariffs. It also stated that Australian service providers will benefit from access to all or portions of more than 85 Indian service sectors and subsectors.

Australian suppliers in 31 industries and subindustries will be treated with the same courtesy that India extends to all potential free trade partners.

The agreement preserves opportunities for Indian students graduating in Australia to work post-study, with a bonus year of stay for high-performing STEM (science, technology, and engineering, or mathematics) graduates. ECTA will also support regional Australia’s tourism and workforce needs by providing 1,000 work and holiday programme places to young Indians. “To supplement ECTA, Australia and India are currently working on a Comprehensive Economic Cooperation Agreement. The Australian government is pursuing additional opportunities in goods and also services, in addition to new commitments in many areas such as digital trade, government procurement, and also new areas of cooperation “It said.

According to Australian Prime Minister Anthony Albanese, the agreement is the next step in strengthening Australia’s ties with India, the world’s largest economy with the fastest growth rate.

According to Minister of Trade and Tourism Don Farrell, the two tariff reductions made by the ECTA in quick succession increase the initial benefits of this agreement for exporters.

“Businesses are encouraged to get a head start and prepare right away to take advantage of the new agreement’s significant improvements in market access to India. Austrade can assist current and prospective exporters in gaining easier access to the Indian market by lowering trade barriers “He stated.

The economy of India is growing as intended.