Every human deserves respect and treatment in the case of the pandemic. The country cannot discriminate against people on the basis of the crimes they committed years ago of which they haven’t even been convicted yet. Even when we talk about the prisoners who have been convicted, they do not deserve to die in their own cells in isolation as the basic rights of being a prisoner are being violated.

A 28-year-old inmate who had surgery at the Deen Dayal Upadhyay Hospital tested positive for the virus and after this a few more cases were found. This led to a crisis in the jails because of Coronavirus.

Surprisingly, India is not the only country that is dealing with this problem. This problem is prevailing in the United States of America and Canada as well. The spread of virus in jail has been like wildfire. The one thing which is going wrong in India is that about 70% of the prisoners are under trial which means that they have not been found guilty yet. When a person is not found guilty, how can you keep that person in a prison which is filled with people who have the virus?

There have been questions regarding the mental health of the prisoners. This issue has been in the news plenty of times with negligible discussion has happened on this matter. Even during normal days the mental health of the prisoners is in shambles. The jail authorities have reduced the movement of prisoners from one place to another and they cannot even meet their family members which is a very huge aspect to channelize one’s mind. This might be the need of the hour but some initiative must be taken so that the person does not suffer and die in his own self before being convicted of the crime.

The model prison manual was created the rights of the prisoners. It is found out that in the pre-COVID time these rules were ignored and avoided because the staff available in the jails was not adequate. The need of the hour is to follow these rules because of the pandemic looming over our heads.

With the increase of Coronavirus in our country, overly crowded prisons have prompted the authority to release a few detainees on parole as the medical authorities are worried about the jails being breeding ground for diseases. It is said that Indian prisons have 17% more prisoners than their actual capacity. Social distancing is the way to move forward but clearly the jails cannot have social distancing. The sanitation facilities available in the prisons is pathetic.

During times like we in now we get to know the reality of a country. The healthcare system is in shambles, every doctor is overburdened with the work. The education sector cannot progress because online education cannot prevail in India till the time an internet connection is not provided to every student. Work from home cannot work in most of the cases because physical interaction is required according to the Indian mindset. And from this article we get to know that even the jails are not made up to date. What is happening in the country? 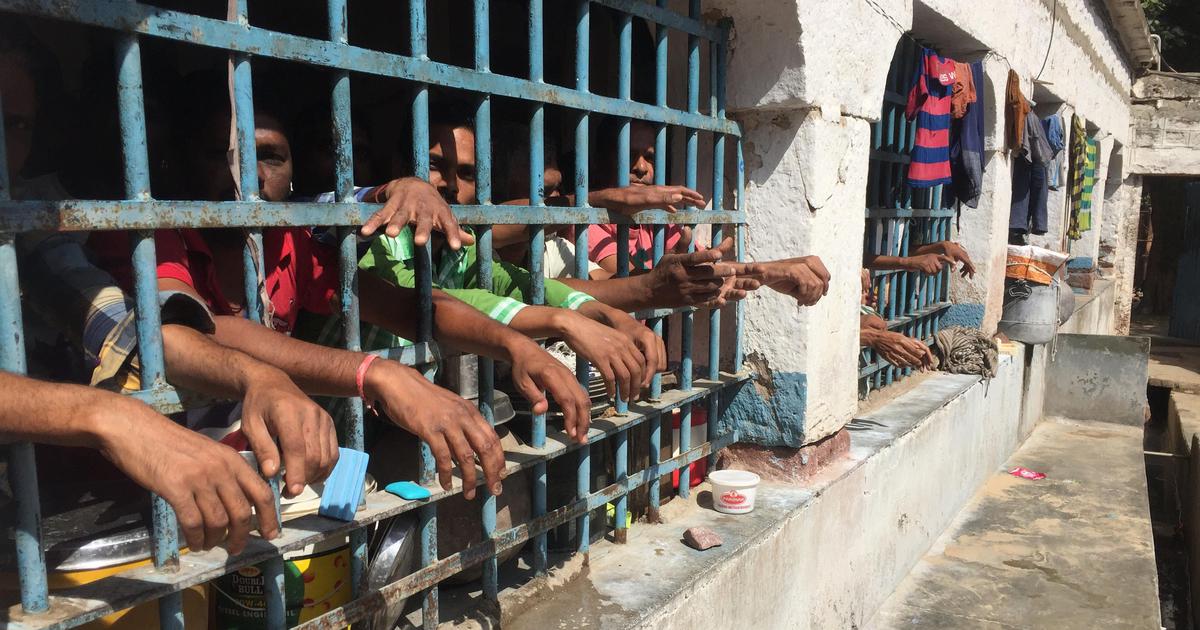 The jails have been reporting increasing cases and they are banned from any visitors now.

About 20 inmates in Indore Central Jail tested positive for the virus. More than 200 people who came in contact with them were shifted to temporary jail. This led to locking down the Nagpur Central Jail in Maharashtra which is the worst-hit state by the pandemic.

Tihar Jail of Delhi which is Asia’s largest jail has ordered the government to release more than 1500 convicts on parole. A special provision of emergency parole of two months with effect from the pandemic has been passed. This is in addition to the regular parole available to the convicts.

It is said that precautionary steps are being taken. Isolation wards are made in each jail and medical screening of new inmates is being done so that no infection can come from them.

This huge outbreak is not just harmful for the inmates in the jail but also for thousands of people who live in and around the jail area. This will also be a huge burden on the medical staff. Jails essentially do not have proper healthcare systems for the inmates. They deny basic medical care and when they provided it is not up to the mark. The aim must be to release the prisoners before the outbreak gets worse. If the prisoners are released after the outbreak has reached the highest level, they will act as carriers and will spread the disease.

In Uttar Pradesh, more than 10,000 prisoners were released because of the court declaration for not overcrowding the present.

The Haryana state government has asked the prison authorities to come up with a block-wise timetable to prevent overcrowding in the presence.

Special task force for contact tracing has for the prisons in Delhi. The state government hopes to stop the spread of the virus through this team. It is said that there was a riot in the West Bengal jail because the prisoners were banned from meeting their family members. More viable ways must be developed instead of banning the visits. Skype calls and regular phone calls can also be done. Punjab government has already started the system of online calls. This will also reduce the situation of panic amongst the prisoners.

Madhuri Dhanuka, head of the present reforms program for the Commonwealth human rights initiative said that this can be a terrific situation if measures are not taken at the right time.

It is said that the bail petitions are coming up but the cases have been rejected even when the coronavirus situation is going on. “The judges are not applying their minds when they are rejecting the bail. Bail is the rule and jail is the exception” said Justice Srikrishna.

Another person says that unnecessarily prolonged custody does not solve any purpose for the society but takes a toll mentally on the individual and his family members by criminal criminalizing the person before the trial. You are not proven guilty till the time the system terms you guilty.

After the pandemic is over, the Indian government must ensure that proper facilities are being provided and the jails are created according to humanitarian measures. But at the moment the sensitive people who suffer from mental health disorders must be identified and proper help must be provided to them. Social interaction can be increased using online methods. Punjab and Rajasthan are already going through these measures so that the business can talk to their families on a video call.

This is the time when a change can happen and the government can claim that they are for the people only.

Casino Tycoon Stanley Ho, Who Transformed Macau into the ‘Las Vegas of Asia,’ Dies at 98