Several months ago, Indian policy on the Russia-Ukraine crisis sparked varying degrees of shock, surprise, and dismay in newsrooms and magazines.

From the Anglosphere’s viewpoint, they emphasized the seriousness of the situation to their Indian counterparts in various ministries.

In contrast, the Indian Prime Minister called the presidents of Russia and Ukraine to discuss diplomacy.

The values of Europe change every few months, with the installation of windmills and a return to coal to avoid Russian gas being two examples.

It is crucial to reach a sustainable partnership to take a clear-eyed view of interests during the negotiation process. 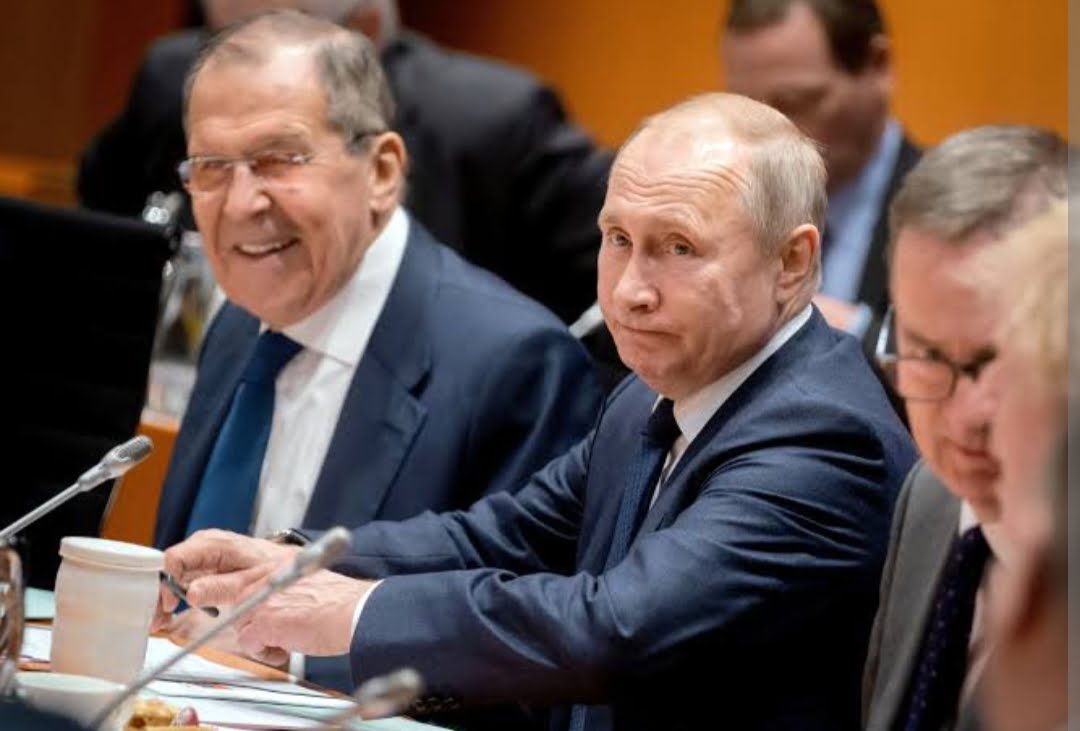 However, his remarks stating that India stands on its side don’t go down well with crowds.

The view that countries, especially in the Global South, must exercise sovereign decision-making to protect national interests while remaining conscientious about non-interference in the domestic policies of other nations requires a paradigm shift for most western commentators.

China’s rise has generated insecurity, but US policymakers feared that Putin’s Russia might be the only real rival to hegemony in the region.

A coup destabilized Ukraine, resulting in the installation of a puppet president whose legacy has so far led to mainstreaming corruption and Nazism despite his Jewish heritage.

In contrast, Russian actions at its border have brought the world to the point of unprecedented violence.

A long-time non-aligned nation with strategic interests in defense and technology with Russia and a developing country dependent on energy, India’s interests have consistently ranked high in its own establishment’s minds.

Despite repeated calls to cut off aid to an apparent strategic partner and confusion across NATO nations, the Russia-Ukraine war exposed the fractures in India’s international relations.

Indians’ poverty has been used to collect aid for international NGOs, magazine covers, and million-dollar movies.

Still, their plight in the face of rapid inflation caused by misshaped economic policies is forgotten due to more selfish interests, just as the rest of the world has been experiencing.

India continues to enjoy economic stability despite ongoing supply chain disruptions due to its cheap buying of Russian gas. Thus, India’s rebranding of non-alignment as a pursuit of strategic autonomy deserves to be scrutinized.

Comparing such a position to previously colonized nations that have decided to become submissive allies or belligerent bullies at their borders shows that it is only natural.

The single ambition of a non-European nation or ally may prevent the paradigm shift required for countries to respect their worldviews that are in their national interests.

The government has recently rejected RCEP, left IPEF’s trade pillar, abstained from China’s Uyghur Muslim policy at UNHRC, and traded in local currencies with Indonesia instead of dollars.

The Indian public has no volatility in their energy needs after COVID, the industrial sector has continued to recover despite increased imports from China, and India’s private sector has benefited more from indigenous manufacturing. 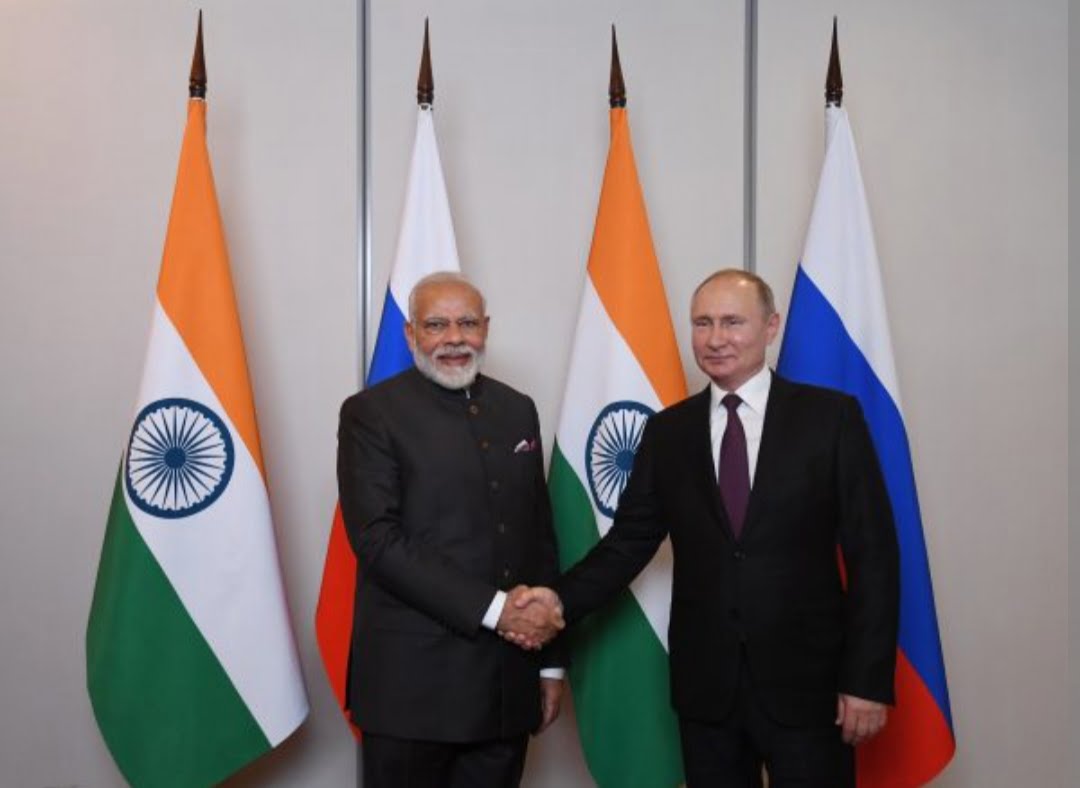 At present, only countries in the Anglosphere are allowed to focus on their own citizens’ needs. As evidenced by Suella Braverman’s racist remarks against Indians and the US pursuing oil deals with Venezuela as a war rages, such self-interest exists.

The growth of India’s economy and independence will force global institutions that once ignored the global south to take some countries and their national interests more seriously.

Therefore, by shifting foreign policy away from an intangible ‘values-based’ model to an interest-based model, countries who join India at the negotiating table will have a better chance of having practical discussions involving data and extrapolation into ways forward.

In pursuing increased business interests in India, Japan and India developed cultural synergies. With its principles and strength, India can ensure that domestic concerns abate while contributing significantly to the global front.

Since decades ago, India has valued strategic partnerships with countries willing to stand by it as it becomes independent. Liberal values must accept the sovereign functioning of partners in a multipolar world order if they are genuinely liberal.

A victor using brute force writes ‘the right side of history.’ Indian contributions to economic stability and peace constitute a more fulfilling victory.

Bringing the world to the brink of nuclear war is not when India pursues partnerships; strategic autonomy will keep India on the side of peace.

Is Energy Crisis Imminent In Europe?

Several weeks ago, Russia, when it launched an offensive against Ukraine, euphemistically called it a ‘special military operation.’

Ukraine’s resilience to the onslaught of the Russian army despite being armed by the West, particularly the United States, has shocked Russia and the world. 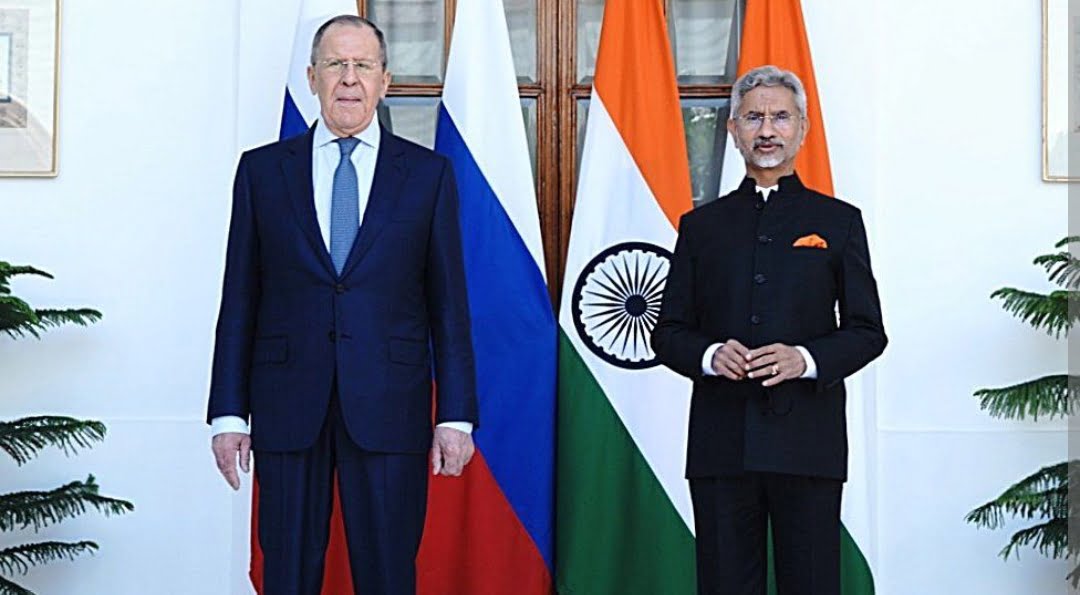 Worldwide supply chains are disrupted, and energy, food, and fertilizer prices are high because of shortages and disruptions in supply chains. The developing world is particularly hit.

The heavy dependence on Russia for energy has also severely impacted Europe. Russian crude exports reached 260 million tons in 2020, but Europe received 138 million tons or 53% of the total.

Almost half of the crude imported by Europe comes from Russia. Europe can replace those barrels provided by Middle Eastern suppliers who sell primarily to Asia as well as source oil from countries in Latin America, Africa, and the United States.

Germans import approximately half of their gas from Russia, while French citizens obtain a quarter from the country. 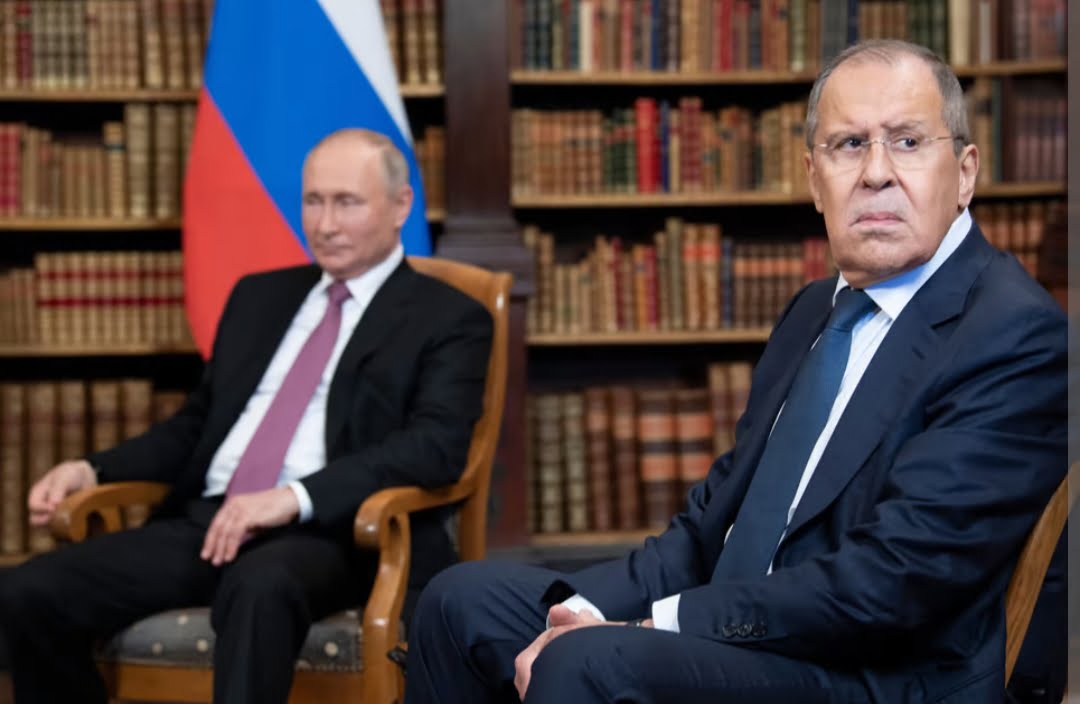 Currently, it is more dependent on Norway. A 46 percent reliance on Russian gas would also affect Italy, a significant economy. On the other hand, Norway and Qatar provide most of the UK’s gas supply.

The biggest trade partners for Spanish gas are Algeria and the United States. North Macedonia, Bosnia, Herzegovina, and Moldova are small countries that rely entirely on Russian gas.

Furthermore, Finland and Latvia depend on gas supplies for more than 90% of their energy needs. Natural gas is mainly delivered through pipelines, making finding alternative sources more difficult.

Oil is more easily found elsewhere since tankers transport it, and it is traded worldwide. Nord Stream I is the pipeline that exports most of the Russian gas.

As a result of Russian recognition of Donetsk and Luhansk’s independence, Germany suspended the certification of the second pipeline on February 22nd.

When the conflict began, Europe was hoping to find a way to stop paying $450 million a day for oil and $400 million a day for natural gas to Russia. EU leaders realized that reversing decades of reliance on Russian oil and gas is difficult.

EU leaders have widely discussed for the past 15 years that Europe should reduce its dependence on Russian gas.

While the Russian gas transit through Ukraine was disrupted for two weeks during a January 2009 crisis, and Russia annexed Crimea in 2014, Europe has not curbed imports of Russian gas.

The delivery of Russian gas to Europe has increased since 2014. Moreover, in 2017, Russia started importing LNG to Europe.

We are facing a severe energy crisis in Europe today, which could lead to rolling blackouts, shuttered factories, and a severe economic downturn.

Throughout the years, industries, electricity generators, and homes have depended on cheap natural gas supplied by Russia.

During the past few weeks, Russian exporter Gazprom has exacerbated the crisis when it shut down the main gas pipeline in Germany, Nord Stream I, blaming an oil leak and saying that sanctions restricting the supply of spares and equipment to Russia would make it impossible to fix the problem.

Russia denies its weaponized energy. A claim European officials make vehemently. According to the European Union, this is energy blackmail designed to divide the Union over its support for Ukraine against the Russian invasion.

Prices for energy in the European Union have already doubled since the shutdown of Nord Stream 1 on August 31st, 2022, and now they are expected to rise even further.

Since natural gas supplies have been shut off in Europe, people are dimming their lights and turning off their ovens as winter approaches.

Organizers of the North Atlantic Treaty Organization declared the explosion an act of deliberate, reckless, and irresponsible sabotage. 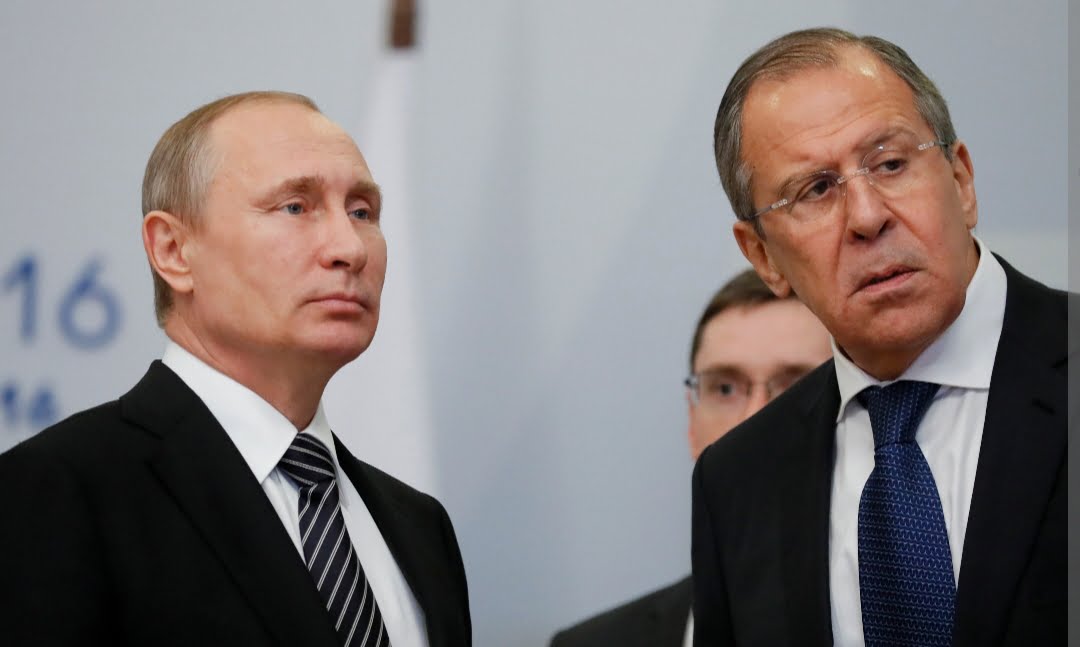 According to risk analyst Peter Burgher, neither ‘state actors’ nor ‘local actors’ are likely to destroy Nord Stream. Activating war is the kind of thing that happens after an incident like the Nord Stream attack.

According to Brennan, Putin wants the explosion to indicate to Europe that Russia can reach beyond Ukraine’s borders.

Hence he believes Russia is most likely behind the attack. Putin insists that ‘Anglo-Saxon’ nations destroyed the pipeline for economic reasons.

Some experts may have blown up the pipeline to sow division between Germany and Russia.

It doesn’t matter who attacked the pipeline. US Secretary of State Antony Blinken told reporters that the sabotage presents a great chance to end Russian energy dependence and prevent Vladimir Putin from weaponizing energy to advance his imperialist goals.

The developing tension between Germany and Russia will likely expedite a European realignment to America, which is undoubtedly in the interests of many American energy officials.

The EU plans to reduce gas use by 15 percent by March next year. While these conservation measures are voluntary in member countries, they are in the process of becoming mandatory. 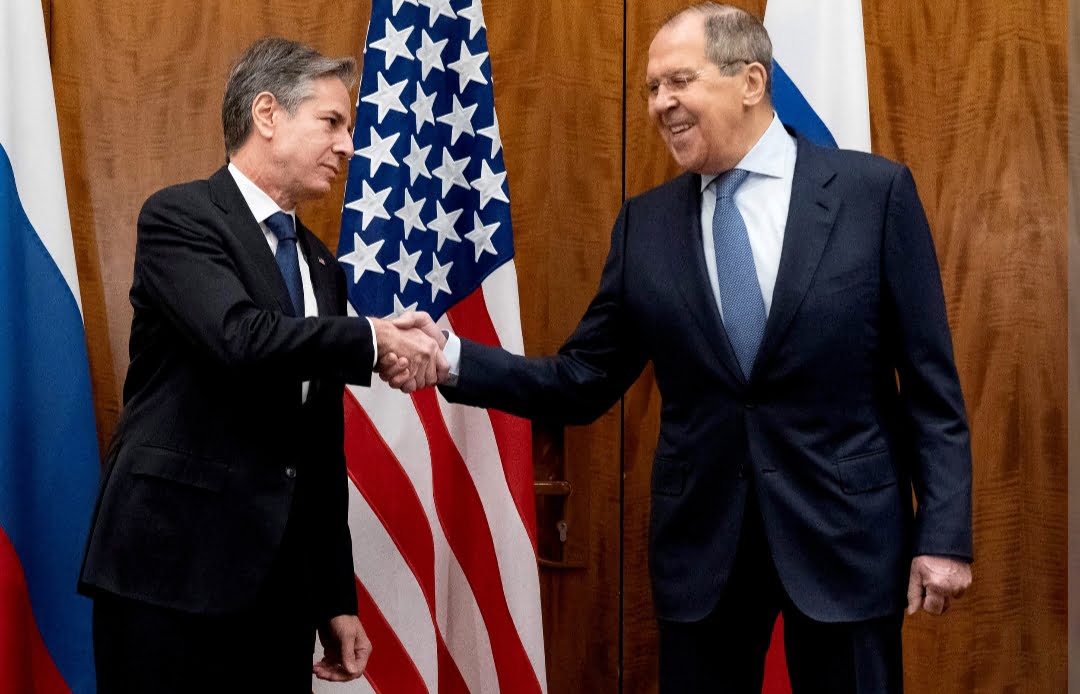 German consumer aid, for example, has been approved for Euros 65 billion ($64.3 billion). The expenditures will contribute to the deficit but soften the upcoming downturn that economists predict.

Steps will be taken soon. New proposals will include a cap on natural gas prices and measures that could decouple electricity prices from gas, according to the EU Commission President.

In the short term, LNG contributes to Europe’s ability to fill 85 percent of its winter storage capacity. High prices have reduced consumption as well.

Despite the Nord Stream 1 cutoff, storage levels have continued to rise. Due to this, gas prices have fallen to pre-cutoff levels, though they are still high.

edited and proofread by Nikita sharma

UPI is the revolution of the payment system in India but is UPI taking the candy business down?