After surprising the world with its decision to ban wheat exports with immediate effect on May 13, India suddenly appears to be on the defensive. Initially, the Center revised the directive to allow export consignments that were registered in the Customs Department systems and delivered for inspection by May 13 for review.

Then, addressing a United Nations “Call to Action for Global Food Security” in New York a few days ago, V. Muralidharan emphasized that the restrictions allowed for countries with food security needs, echoing Commerce Secretary B.V.R. Subrahmanyam’s position. However, dealers will benefit more than farmers from the limited relaxation of constraints.

The signs of a demand-supply mismatch were obvious from the start. Rising wholesale and retail inflation, the impact of the Russia-Ukraine conflict, and a lower initial wheat balance in the central pool for the public distribution network are 40; April 1, 2022; and a year ago, they were all famous.

Following abnormally warm weather in numerous wheat-producing states in the north in March and April, the government reduced the expected wheat production from 111.32 million tons to 105 million tons early this month. According to the Food and Agriculture Organization of the United Nations, the international cost of food has reached an all-time high since the war due to market conditions and high prices for energy, fertilizers, and other agricultural services. 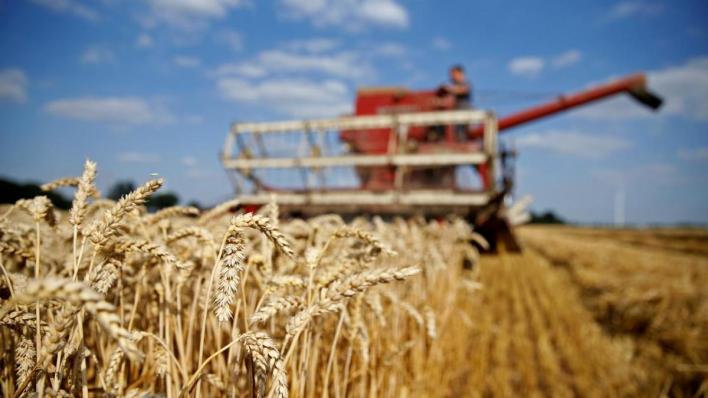 By May 4, the Centre had stressed that there were no plans to restrict wheat exports, arguing that now was the best time for exporters to sell on the international market as grain from Argentina and Australia was due to arrive next month. Farmers should have benefited from higher domestic prices than the

minimum government support price. In addition, just days before the government’s decision, an official announcement was made that trade delegations would be sent to countries including Morocco, Tunisia, and Indonesia to investigate wheat export opportunities.

In addition to Egypt, Turkey had approved the import of Indian wheat, and it had been announced that the current year’s wheat export target had been set at 10 million tons, up three million tons from the previous year.

G7 agriculture ministers criticized India’s action. Following its U-turn, the government should not stick to its current position of “restrictions” on wheat exports for too long because the decision appears to have hurt farmers, based on reports of price cuts.

The experience of 15 years ago, when India took about two years to abolish its restriction on non-basmati rice exports, by which time Thailand and Vietnam had stepped in to take full advantage, must be learned from. Fears of food shortages are unfounded, and the government would do well to ease “restrictions” as soon as possible.

When Indian wheat limited grain exports due to price hikes from the Russian invasion of Ukraine, it sparked international outrage and pushed wheat prices even higher. Indian farmers and traders are furious at being denied a bounty because domestic prices have fallen. Although India is the second-largest wheat producer in the world, the government, which is also the country’s largest buyer of the grain, said it chose to ensure food security for its massive population.

The move, combined with declining global supplies from Russia and Ukraine, two of the world’s top five wheat exporters, pushed prices to new highs on Chicago and European commodity exchanges. Values ​​went the other way to Asia’s biggest grain market at Khanna in the Indian state of Punjab.

Thousands of farmers from the wheat-growing region sell their crops at the facility, which is dominated by a dozen huge storage facilities the size of football pitches. Prices fell by 2,300 rupees ($30) per 100 kilograms of wheat before the export restriction and at Rs 2,015, the minimum price set by the government for the purchase of cereals for its large public distribution system.

Hundreds of millions of smallholder farmers in India earn their living on the margins, dependent on the weather, and some in Punjab were already suffering from crop losses owing to a severe heatwave. They claim that lower prices are the difference between a high payout and a painful experience. Farmer Navtej Singh is outraged by the government’s decision to save half of his 60-tonne wheat crop to sell during the lean season when prices typically rise.

He is now frantically trying to sell his remaining stock. This ban was unexpected, “he told AFP. “The price has reduced to its lowest level, barely covering our costs.” I can’t wait even a day.

He claimed that the government had acted “selfishly” without consulting anyone. This year, we have already lost production, and the order of the ban has made things even more difficult.

‘Feed the Globe’-Prior to the Ukraine war and the heatwave, India’s wheat output was predicted to increase this year, with 109 million tonnes in 2021 and seven million tonnes for export. Last month, the Prime Minister Narendra Modi even pledged to help “feed the world” by closing the global grain deficit.

Extreme weather, on the other hand, is becoming more common, a fact experts attribute to climate change. Due to the heatwave that hit Punjab, the national harvest was four million tonnes lower than forecast. With the reduction of food safety systems put in place during the coronavirus pandemic, federal and state authorities are shrinking procurement for the public distribution system, which offers free and heavily subsidized grains to roughly 800 million people.

Despite this, retail wheat flour prices are at a 12-year high, and Manish Pajni, the chief of the Punjab government’s grain procurement department in Khanna, supports the ban, claiming that wholesale rates could have risen to 3,000 rupees if it hadn’t been imposed.

However, merchant Raj Sood believes the government should have waited and watched before abruptly stopping exports and generating market chaos. “The market was already tight due to the harvest problem, and the government restricted it without hesitation,” he explained.

Many Khanna businessmen believe the policy will only have a transitory impact as the laws of supply and demand are inevitable. Divender Verma, a factory owner, said he usually gets his raw materials from government stocks, but they are running out.

“We don’t think they’ll be able to help us this time.” So the wheat situation is precarious. AFP spoke with Verma.

He continued, pushing the prices of bread and other wheat products further higher. 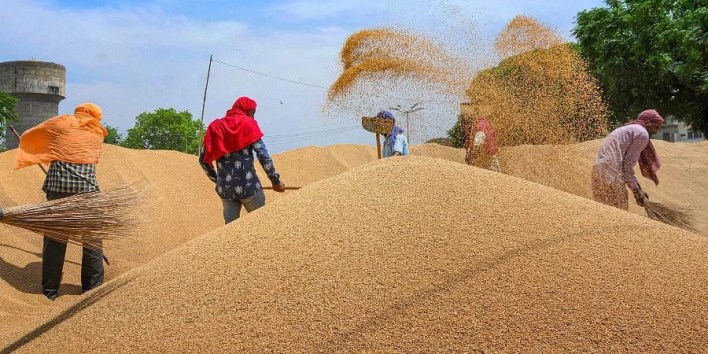 Officials said a dozen countries had contacted the Ministry of Foreign Affairs (MEA) to ask if their Indian demands for wheat would be met. On the other hand, India has received requests for food grains from as many as 47 nations, with many more indicating that they will need them as well.

On May 13, the government imposed an immediate ban on all private grain exports. The decision was taken after unprecedented heatwaves in major wheat-growing regions of Punjab, Haryana, Uttar Pradesh, and Madhya Pradesh resulted in severe yield losses.

Due to the heat, large portions of the crop had withered and, in some cases, become unfit for human consumption.

However, as an economic diplomacy tool, the administration maintained the option of exporting wheat. To combat the spiraling global food crisis caused by reduced grain harvest, India will allow the export of grain abroad at its request.

This caused some consternation among other nations and a rush to get Indian wheat as soon as possible. Accordingly, nations are asking to confirm whether their demands will be met, “a senior official said.

In the current fiscal year, the government anticipates that 4.5 million tonnes of cereals have been committed for export. In April alone, 1.46 million metric tons were exported. Reuters reported that the unexpected embargo affected 1.8 million tons of cereals in different ports of the country.

Officials said the government has yet to come up with a method or formula to determine how much grain each country requests it receives from India. “It is also unclear whether the government will be able to meet all the demands.

At present, our main focus is to deliver on our commitments worldwide and meet the same grain as possible for all nations as the domestic situation allows, “a food department official said.

In the absence of clear instructions, many countries have decided to use their clout and use their bilateral relations with India at different levels to obtain grain. The Commerce Department had announced just a day before the embargo that the Center would send trade delegations to at least nine wheat-importing countries to investigate ways to improve wheat exports.

On the list were Morocco, Tunisia, Indonesia, the Philippines, Thailand, Vietnam, Turkey, Algeria, and Lebanon. Officials said it was unclear whether those excursions would take place under the new circumstances. Meanwhile, other countries have begun to pressure New Delhi to drop plans to further tighten export restrictions.

At the ongoing G7 summit in Germany, US agriculture secretary Tom Vilsack slammed the action, calling it a “reckless move” that will further disrupt the market and could push prices higher.

Linda Thomas Greenfield, United States representative to the United Nations, said the United States urges other nations not to halt wheat exports and that the problem will be reviewed at upcoming multilateral meetings and other fora. Prime Minister Narendra Modi will be in Germany for the G7 summit next month.

Meanwhile, EU Trade Commissioner Valdis Dombrovskis has described export restrictions as a trend that will only exacerbate the problem. China, however, defended India’s position, arguing that blaming poor countries like India will not solve the global food situation.

The restriction has since been lifted by the government. Wheat consignments already handed over to customs authorities for assessment and registered in their systems on or before May 13 can be exported, according to the Directorate General of Foreign Trade.

Only one major shipment benefited, with the government approving a full shipment of 61,500 tons of grain to Egypt from the port of Kandla. When the ban was declared, the cargo was already being loaded at the port, and the business in charge of the shipment had informed the government that just 17,160 MT remained to be loaded.