Wheat is India’s most widely farmed crop. in recent years, wheat prices have risen to new highs in European trading on Monday, following India’s decision to prohibit the export of their commodity due to a heatwave that has harmed output. When the Euronext market opened, the price reached 435 euros, or $453 per tonne, eclipsing the previous high of 422 euros set on Friday.

All of these events are significant as a result of Russia’s invasion of Ukraine’s agricultural powerhouse. Previously, this agricultural powerhouse was responsible for 12% of global imports and exports. Due to fertilizer shortages and the trend of low harvests, wheat prices have been fluctuating widely. This has increased the threat of social upheaval and hunger in impoverished countries. India has banned the export of Wheat.

India is the world’s second-largest wheat producer, and it was acknowledged on Saturday as one of the warmest days in March, prompting the procedure of restricting exports as India’s traders seek express government consent to participate in new impending transactions in the future.

In New Delhi, it was stated that the measure was critical in ensuring and protecting the food security of their own 1. 4 billion people during a period of lower output and high world prices. Wheat consumption prices have soared from 20% to 40% in some parts of India in recent weeks, according to Commerce Secretary BVR Subrahmanyam. Because some farmers were selling to alternative traders rather than the government directly, worldwide prices rose dramatically. This entire process, which resulted in sky-high wheat prices, has made the government increasingly concerned about their buffer stock, which stands at around 20 million tonnes. The pandemic reduced this, but it was then required to provide subsidies to millions of poor farmers and their families to bring about better reforms.

The poor weather, as well as the drought that afflicted portions of France and the United States, prompted wheat exports in India. This position has been established, as well as the production potential of the key exporting countries. Weight is one aspect of India that has contributed to the country’s high international food prices this year, as measured by the UN food agency, because of the invasion of Russia and Ukraine, which prevented significant imports from Ukrainian ports. According to a May 13 notification, the government would halt international sales to maintain food security. The Agriculture ministers from the Group of Seven countries reacted angrily, claiming that such actions exacerbated the global crisis. Following the criticism from the G7, China defended India, claiming that blaming poor countries such as India would not address the global food situation.

“Blaming India won’t address the food situation,” according to the Global Times, a Chinese government publication.

Then came the vision, which caused a lot of problems for both of these countries, as well as all of the countries that were hit by the storm, because Ukraine accounted for 12% of significant international exports, which are currently being negatively impacted by the Russian invasion. Both Russia and Ukraine have undergone significant transformations as a result of the invasion. 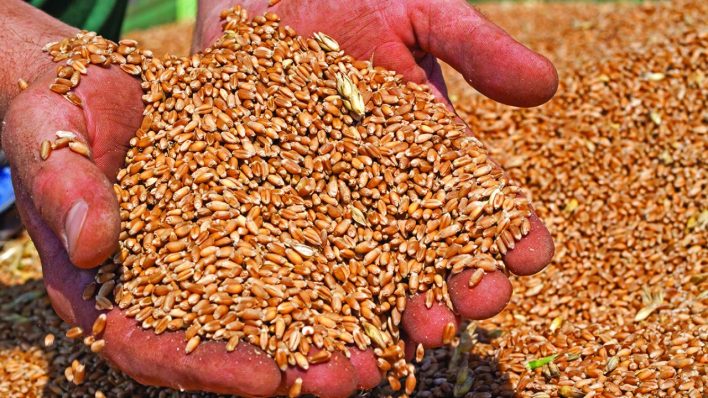 The war between Russia and Ukraine has been one invasion that affected the global markets of all the nations to a great extent and has been the one event that is still seen somewhere in the countries. It affected the livelihood and the economy of the country and even worse the loss of so many lives.

Measure to use to help the World from Global Wheat Shortage

According to the United States Department of Agriculture, India holds roughly 10% of the total world’s wheat grain reserves. The county has always had a huge surplus, which has resulted in a large amount of wheat grain output, which includes importing and exporting to various countries.

Since the Russian invasion of Ukraine, most global windows of customers that rely on cannabis supplies from India have experienced shortages, with the shortages hurting the economy of the family or the country.

Following the prohibition on wheat exports, India has expressed concern about what has occurred to the country’s farmers and their families and is planning to take steps to ensure food security and assist those affected by lower production and shortages. Before the directive on the matter that was published on May 13, all export deals agreed that they may still be considered, but that all future export and import operations would require government permission.

All of the wheat exports would be possible only if the governments of other nations requested the Indian government to meet their food needs. Because India produces the majority of the wheat grain grown in the country, the country wields considerable influence over the rest of the world and is regarded as the primary provider of wheat on all international markets. Wheat is the one grain that has become ingrained in our culture, as it is consumed virtually every day in almost every home. The wheat shortage has generated severe problems for the population, particularly for farmers whose livelihoods are based on the sale of their wheat. High wheat prices have wreaked havoc on the market, particularly in the aftermath of the pandemic, when the country is still rebuilding its economy.

Existing export sales protected by lines of credit and govt agreements will be allowed to address food security demands, according to the authorities. While many traders and experts had anticipated exporting the major restrictions at some point due to the deteriorating impacts of the heatwave, the abrupt announcement adds to the market’s pressure.

“The market is tight, and wheat stocks are falling, especially in exporting and importing countries,” said Carlos Mera, head of Agri commodity research at Rabobank. “Wheat is something which highly politicized and sensitive use of our daily lives, and many countries are concerned about food security.” Other countries have moved to maintain domestic supply in the face of rising food prices, with Indonesia prohibiting palm oil exports at the end of April.