Let us see if the memory serves us right; there was once an Indian startup with a whopping $18 billion valuation and was once regarded as the most valuable startup in India.

It made its debut on the bourses as India’s biggest-ever IPO in 2021, and while the startup inc and brokers awaited with bated breath to see it shine through, that’s when the horror struck.

The much-anticipated start-studded debut instead turned into a nightmare, much to the plight of the startup itself, when its share crashed 28% in the Indian stock markets.

Despite the dip in the startup’s shares on debut, the company clocked a valuation of over ₹ 1 lakh crore.

Ok, now that we have revealed all the facts and figures, it’s time to reveal the name; we are talking of no other startup than – PayTM. On the day of its listing, its shares fell by 28%, and since then, the shares of this company have declined almost by 75%.

Today the company is valued at less than $5.8 billion, so what went wrong with this picture? And why is there a continuous fall in the Paytm valuation?

What Is With That Valuation?

Firstly, let us put the accountability at the valuation that PayTm garnered for itself; at the time of the IPO, its valuation was at an extremely high level. The valuation was on the basis of approximately 47 times its price – to sales growth ratio.

Secondly, while the company got a major boost during and after demonetization, wherein many turned to pay online, the revised norms introduced by the RBI in the current are not boring well for the company.

In the present, the RBI has proposed a revision in norms that will introduce new digital payment regulations. These regulations include limits on wallet charges, and this will significantly impact the revenue of PayTm as approximately 70% of its revenue is from this segment. 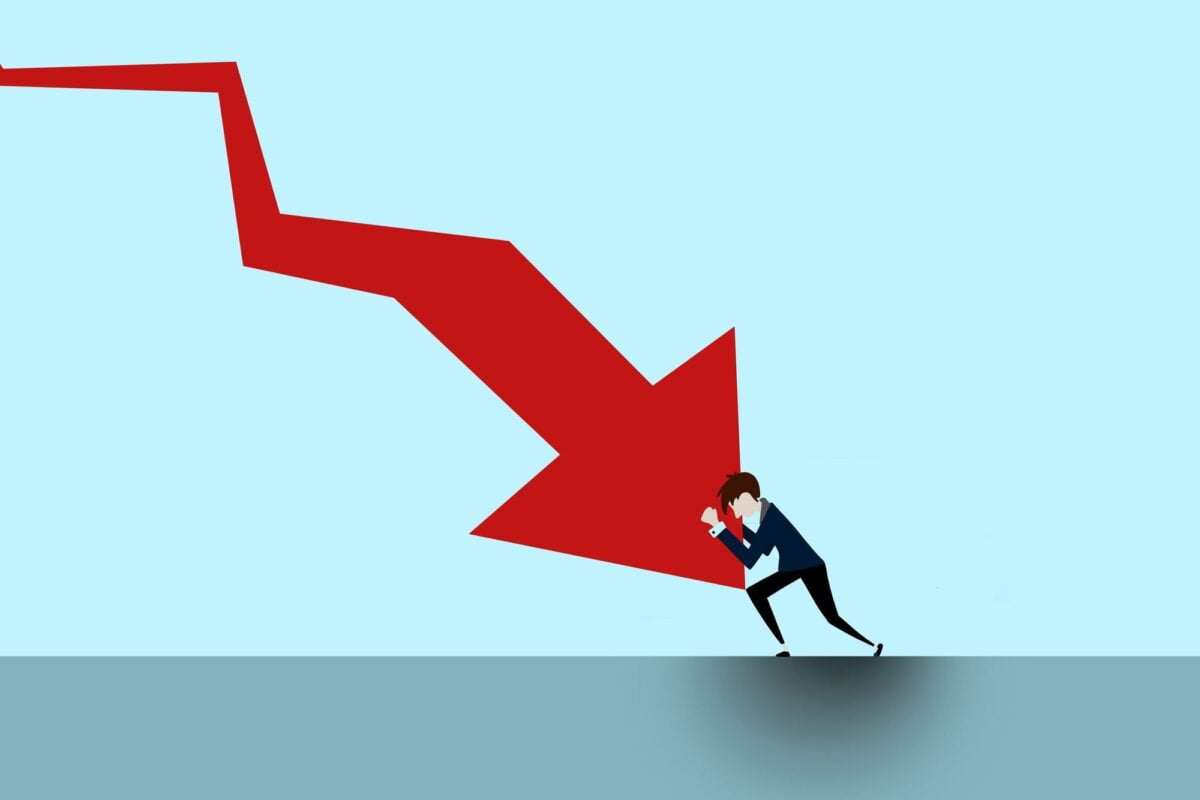 The senior management departures from the company are being viewed negatively by the markets, and market sentiments have become cautious.

Adding to the souring sentiments, the senior management departures are also expected to have a detrimental impact on the business, which has further affected the share price of the company.

The recent blow to the share price of PayTm was because of an RBI directive that restricts the PayTM Payments Bank from onboarding new customers on account of “material supervisory concerns”.

The above since it came to light that PayTm had committed violations as it was sharing data with servers that share information with China-based entities.

As of today and now – the share price of Paytm, One 97 Communications Ltd, the parent entity of Paytm, is trading at –

The brokerages have been upbeat on Paytm after the management’s strong commentary, which resulted in up to Rs 200 gains per share.

Further, the founder and CEO Vijay Shekhar Sharma of Paytm said that the company expected its blended net payment margin to stabilize at 5 to 7 basis points because of an increase in the share of UPI in the payment business.

Sharma further said that the current phase is India’s early days of payments. UPI has about 25 crore signed-up customers, and there are only a total of approximately one crore devices in the market.

Meanwhile, as said before, talking about the positive and gungho sentiments of brokerages, CLSA, a global brokerage firm, has given a Buy call on Paytm with a target price of Rs 650 apiece.

According to CLSA, on profitability, the company expects to have positive free cash flow in the next 12-18 months and is on cue with the view of cash burn ending in the next 4-6 quarters. The company has over $1 billion in net cash hence equating to more than 25 per cent of its current Market Cap.

Morgan Stanley, meanwhile, has maintained a rating of ‘equal weight’ on Paytm stock and estimates a 194 per share upside. The brokerage firm has set a target of Rs 695.

The brokerage firm noted that since Paytm’s management does not see any major risk to its payment margins since, per the management, the company’s net payment margin should remain broadly steady.

Paytm shares have fallen 18 per cent in the last one month alone.

Year to date, the counter has given a negative return of 60 per cent, resulting in a considerable wealth loss for investors.

The stock is currently available at a discount of almost 70 per cent from its IPO issue price of Rs 2150.

Going by all the above parameters mentioned, we now come to the most essential question –

Do you see PayTm’s share ever achieving its listing price of Rs. 2150 anytime soon in the future?