According to reports, Microsoft is in discussions to invest $10 billion in OpenAI, a leader in AI research, raising its estimated value to $29 billion. Since the release of ChatGPT, an AI chatbot that can respond to user inquiries in a way that resembles a human, OpenAI has garnered a lot of media interest. But what precisely does the business do? Let’s look more closely.

When did OpenAI launch? What is its purpose? Sam Altman, the organization’s current CEO, Ilya Sutskever, Greg Brockman, Wojciech Zaremba, Elon Musk, and John Schulman are among the co-founders of OpenAI, a non-profit research organization that was founded in 2015. Musk made a $1 billion initial investment in the nonprofit. It should be noted that Elon Musk left the firm in 2018 to prevent a potential conflict of interest with Tesla, and the company is no longer a non-profit.

Its mission statement from 2015 stated that “Our purpose is to improve digital intelligence in a manner most likely to benefit society as a whole, unencumbered by a desire to earn a financial return.” The goal of OpenAI, according to its marketing, is to prevent artificial general intelligence (AGI) from harming or replacing mankind by pursuing “a desirable conclusion for all over its own self-interest.”

The group is committed to advancing AI for the benefit of all people. Its primary goal is to make sure that all of mankind benefits from artificial general intelligence, which is essentially a class of highly autonomous systems that outperforms humans at the majority of economically valuable tasks.

According to the business, it will make an effort to create a positive and safe AGI directly, but it will also consider the purpose accomplished if its “work helps others to achieve this outcome.” In order to raise investments, OpenAI transformed its non-profit status to “capped” for-profit in 2019. The business declared plans to commercially license its innovations at roughly the same time.

In July 2019, Microsoft also announced a $1 billion investment. It also collaborated with the business in 2016, when OpenAI embraced Microsoft’s “Azure N-Series Virtual Machines” early on. Remember that Microsoft’s Azure cloud services are used by ChatGPT.

According to reports, the business now expects to earn $200 million in revenue in 2023 and $1 billion in revenue in 2024. However, keep in mind that performing each query through ChatGPT also costs the business a significant amount of money. According to reports, Microsoft also intends to integrate ChatGPT AI into its Bing search engine as well as Office programs like Word and Outlook. Work of OpenAI: ChatGPT, Dall-E, and more. In April 2016, OpenAI published a public beta of “OpenAI Gym,” an environment and platform for creating and evaluating learning agents, as one of its very first products. It functions as an open-source interface for reinforcement learning tasks, aiding in the training of agents for activities like walking and game playing.

Then, in December 2016, the business unveiled Universe, a computer program platform designed for testing and honing an AI’s general intelligence using “the world’s supply of games, websites, and other applications.” By staring at the screen and using a virtual keyboard and mouse, it enables an AI agent to utilize a computer in a similar manner to how a human would.

GPT-3, a language model with 175 billion parameters that uses deep learning to generate writing that resembles human speech, was unveiled by OpenAI in 2020. Deep learning models like Dall-E and ChatGPT are built on top of GPT-3. OpenAI released Dall-first E’s iteration in January 2021.

Although it employs the same to produce visuals rather than text by substituting text for pixels, it has its roots in the GPT language model. Dall-E 2, which included substantial improvements, was released in April 2022, replacing the original version, which was only marginally more advanced and generated distorted, low-res images. After that, the model was able to produce photo-stylized images. In September 2022, the tool was made available to everyone, however, a free user is only allowed 15 credits each month.

Codex, a general-purpose programming model that converts your English words into code, was made available by OpenAI in August 2021. It is intended to aid in professional programmers’ job efficiency and aid novice programmers in learning the basics of coding. The model is the main GitHub Copilot building piece.

But it’s possible that the company’s introduction of ChatGPT, an AI chatbot that can respond to all kinds of questions in a very human-like manner, was what really helped it acquire popularity. Although the model isn’t yet connected to the internet, which prevents it from producing real-time information, some people have already seen it as a possible successor to Google.

How OpenAI made Google issue a “code red”? 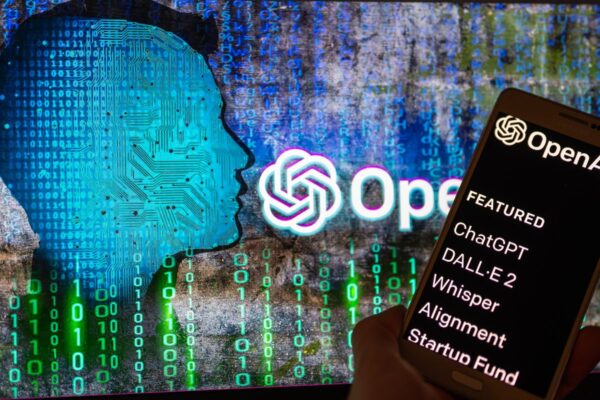 Even though ChatGPT isn’t yet able to provide knowledge about current or even recent events, its capacity to do so in short, concise lines has Google wriggling a bit in its chair. The chatbot takes the time to fully explain facts to the user, which Google is unable to accomplish at the moment.

While the ChatGPT can occasionally be faulty, its capabilities alone, per a New York Times investigation, have apparently prompted Google management to issue a “code red.” With the introduction of chatbots like ChatGPT, Google is concerned about a significant technological transition that could have an impact on its operations.

In parallel, OpenAI is planning to make GPT-4, an upgraded language model, available in late 2023. GPT-4 may include over 1 trillion parameters, making it even smarter. The more criteria, the more quickly ChatGPT should be able to provide responses that are more persuasive. Dall-E should experience comparable advancements when it changes its base from GPT-3 to GPT-4.

How Elon Musk’s Starlink is helping Ukraine in the fight against Russia?