Microsoft has joined the Open Network for Digital Commerce (ONDC), an Indian government project to create a first-of-its-kind open network for digital commerce, becoming the first big tech business from around the world to do so. Later this year, the second-largest technology company in the world plans to launch social e-commerce in India through its app.

According to a person in the know, ONDC is anticipated to open to the public in Bengaluru over the following two weeks as it enters the next stage of the pilot for additional fine-tuning before rollouts in other cities. There are currently a lot of city-based retailers using the ONDC platform. Microsoft said it intends to release a shopping app for Indian consumers and their social network, utilising the open network to find the best pricing among retailers and sellers while announcing its ONDC onboarding efforts.

“Over the next ten years, the Indian e-commerce market has tremendous growth potential. During this growth, initiatives like ONDC could shift the game. Both buyers and sellers will benefit from their UPI-like network for digital commerce because it will allow them to connect without relying on e-commerce solutions. As we prepare to launch a new consumer app experience in the social commerce area, we are thrilled to work with ONDC and can’t wait to see this journey take shape,” a Microsoft representative said. The US-based technology behemoth is currently integrating with the network.

The government-backed network is currently in its test phase in 36 locations across the nation. Nine platforms have already joined, and work on adding another 17 is well underway.

According to a source, ONDC has also drawn interest from many other platforms, including banks and large telecom companies. Before a statewide debut, the network started its pilot on April 29 in Delhi, Bengaluru, Coimbatore, Bhopal, and Shillong. Additional cities are still being added.

Platforms including Paytm, Digiit, eSamudaay, Go Frugal, Growth Falcons, Seller App, Dunzo, and Loadshare have already merged with ONDC. Along with others, Kotak, Phonepe, Snapdeal, Sonata, Ushop, Zoho EKart, Ship Rocket, and Bizom are among the network’s companies in advanced phases of development.

The digital transactions’ gross merchandise value (GMV) is expected to rise from Rs 4.5 trillion yearly to over Rs 7.5 trillion in five years, thanks to the government’s digital commerce programme. Additionally, it aims to increase the number of retailers using digital commerce from 15,000 to over 2 million in the next five years and increase the number of Indians using e-commerce from 90 million to over 250 million.

The network attempts to increase discoverability at a reasonable cost to give enterprises more access. It also seeks to improve autonomy (due to various options for being digitally visible) and value-chain services (such as logistics) to assist business growth.

Due to access to hyper-local retailers, ONDC’s protocol will give buyers access to more vendors, higher service standards, and quicker deliveries. Overall, customers will have a better experience.

The initiative has been established as a Section 8 corporation and is sponsored by the Department for Promotion of Industry and Internal Trade.

It is also finishing up a modest fundraising effort. This will bring the amount raised to date to Rs. 195 crores. From 17 banks and commercial organisations, it had already raised Rs 157 crore. The continuing fundraising effort includes participation from the Bank of India, National Securities Depository Limited (NSDL), and National Payments Corporation of India (NPCI). 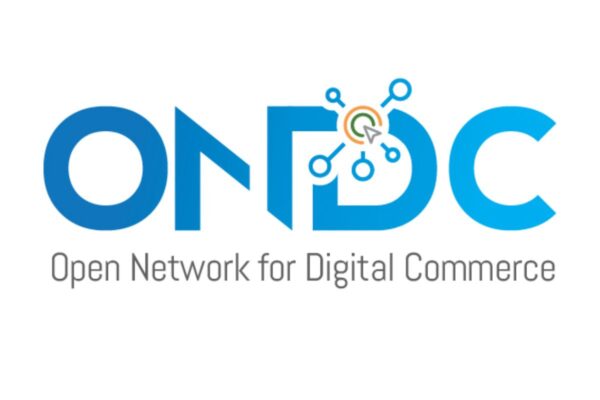 What exactly is ONDC?

The platform-centric paradigm has been applied to all digital commerce in India until now. This suggests that a provider can market his items through various online marketplaces, and a customer can purchase them by signing up on the same market.

This implies that the buyer and the seller must both use the same platform for an online transaction to take place.

The objective of ONDC is to substitute an open network strategy for the platform-centric online commerce model. E-commerce will become more available to a wider range of customers and vendors.

The goal is to connect buyers and merchants from many platforms without requiring any of them to register on the platform where the other is present.

If both sites are connected to ONDC, buyers and sellers from separate platforms can communicate with one another. This is comparable to how UPI handles transactions. An excellent example of the idea that ONDC is developing is UPI. This is so that everyone in the ecosystem may purchase and sell more easily.

ONDC focuses on a concept similar to UPI that will bring together buyers, sellers, logistics providers, aggregators, payment gateways, and more on just a single platform. With the use of a single platform connected by a mobile phone, UPI brought together the financial partners and the consumers and merchants. Therefore, the ONDC network enables the buyer and seller to connect and execute transactions to close the sale, regardless of the applications that are being used for buying or selling the products. By converting digital or electronic commerce from a platform-centric model to an open network, ONDC, a UPI of e-commerce, aims to democratise the industry. Merchants can save their data through ONDC to reach customers and establish credit histories.

The planned government-backed platform intends to level the playing field for online retail giants like Amazon and Flipkart, as well as offline merchants who have been complaining about the unfair business practices of these e-tailers. The platform will also conform with the upcoming Personal Data Protection Bill and the Information Technology Act of 2000.

The ONDC system will allow buyers and sellers to trade over an open network independent of their platform or application. By dissolving silos and creating a single network to spur innovation and scale, it will also enable businesses across all industries, from retail to food to mobility.

The government’s official statement is that ONDC must take all necessary steps to protect the privacy and confidentiality of data in the network. ONDC does not require participants to share any transaction-level data with ONDC and will collaborate with its users to publish anonymous aggregate metrics on network performance while maintaining privacy and confidentiality.

Currently, ONDC is in the pilot stage. To design and hasten the adoption of ONDC, the government has established a nine-member advisory board, which includes Nandan Nilekani from Infosys and R S Sharma, CEO of the National Health Authority. Why is ONDC needed?

A shop or merchant who wishes to bring his business online now has only two options.

Starting from scratch is the initial option for websites. For this, technical assistance could be required. This method is costly because it necessitates several additional costs, such as those for website management and building, logistics, etc.

Even after the website has been created and is operating, the merchant will still need to spend a lot of money advertising it to attract clients.

Selling the products on alleged online marketplaces or aggregator platforms is the second option. Even while this technique appears to be far more practical than building a website, it still has limitations.

Leading companies in this area, based in the US, include Amazon and Flipkart. On their platform, they promote and sell your goods in exchange for a sizable portion of the sales revenue. There have also been accusations of brand favouritism, claiming that these platforms have a bias toward a small number of brands.

These marketplaces also occasionally collect information from the merchants to keep one step ahead of the competition and develop their own products depending on consumer demand.

Another significant problem with e-commerce is the slow development achieved by MSMEs, small firms, and smaller merchants. Because e-commerce is less common in rural towns and villages, these small business owners are not able to make use of its benefits.

Most of them have been unable to begin their online professions on these digital selling platforms due to their lack of technological knowledge and the limited quantity of opportunities.

The ONDC was created to deal with these problems and promote digital trade. The objective is to make e-commerce available to small businesses and merchants. How will ONDC impact the e-commerce industry in India?

Small businesses will be inspired to enter the world of e-commerce by establishing ONDC. Because of ONDC, separate buyer- and seller-centric apps will be released, which is good news for everyone involved in e-commerce.

New apps that might be released on the market can help consumers and sellers alike address further issues. While the merchants may profit from logistical solutions, the customers may benefit from shopping at the closest or least costly store in town.

The main benefits expected out of ONDC are as follows:

Some of the industries that ONDC is expected to disrupt are:

INDC has emerged as a ground-breaking innovation that will revolutionise the Indian market in the near future. But because of the product’s intricate design, various implementation difficulties have already surfaced. On the whole, ONDC is much more challenging to develop and execute than the UPI system.

Without a doubt, “Digital India” and other initiatives have made e-commerce the future of the Indian market. This is further supported by predictions that the Indian e-commerce market will increase from $46.20 billion in 2020 to $200 billion in 2026. Clearly a cutting-edge idea, the ONDC will have a substantial market in the future.

At this moment, small business owners from rural areas of the country who still cannot access this amazing platform may be impacted by e-commerce platforms, which are entirely dominated by a limited number of enormous businesses.

The economy will surely suffer due to several small retailers losing business to a select number of huge corporations.

The government’s establishment of the Open Network for Digital Commerce (ONDC) is, without a doubt, a great move at this point to help these small businessmen maintain their position in the race.

They will also have the chance to develop their business to a higher level by broadening the appeal of their items.