List of Public Institutions and Services under control of Adani

One of India’s most well-known commercial conglomerates, Adani Group is a major integrated participant in the infrastructure and energy sectors. The business was established in 1988 by Gautam Adani, and it is headquartered in Ahmedabad, Gujarat.

According to The Brand Trust Report, Adani Group was named India’s most dependable infrastructure brand in 2015. With activities in 70 locations across 50 different countries, it is the largest integrated infrastructure business in the nation, with annual revenues of around $13 billion.

Adani Group has placed a priority on meeting the different needs of Indians and making a contribution to the development of the country. The company also invests a portion of its earnings in preserving and enhancing local communities.

With more than 10 ports and terminals under its control, including Mundra port, the firm is recognised as the largest port developer and operator in the nation. Fortune Oil, the most well-known brand of edible oil, is owned by the Adani Group in a joint venture with Wilmar International of Singapore.

A brief History of Adani Group 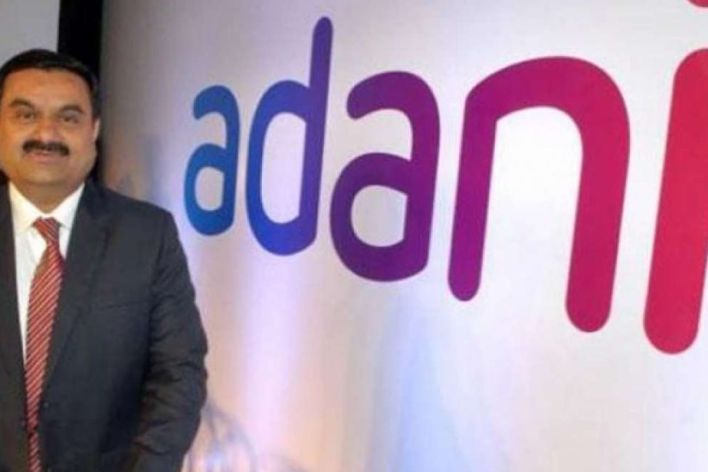 The Adani Group started in 1988 as a small commodity trading company before expanding into the import and export of other commodities. With merely Rs 5 lakhs, the Adani Group then founded Adani Enterprises Limited, formerly known as Adani Exports.

The business began building its port in the 1990s, and in 1995 it started work on the Mundra project (which became the largest private port in India in 2002). Adani started trading coal in 1999, and in 2000, it launched a joint venture with Adani Wilmar to refine edible oils.

Adani built ports, mines, railways, power plants, and ships both inside and outside the nation over the years. With 11Mt of coal handling later in 2006, Adani became India’s largest coal importer.

The largest private coal mining business in India is now Adani after winning the rights to the Orissa mine in 2010. Adani acquired the 10.4 Gt of coal reserves in the Australian Galilee Basin mine and then put India’s largest solar power plant—with a 40 MW capacity—into operation.

After obtaining the 3,960 MW capacity, Adani was able to claim the title of largest private sector thermal power producer in India. By 2012, the corporation had moved its attention to its operations in the logistics, energy, and resource sectors.

The next year, Adani Renewable Energy Park formed a 50:50 joint venture with the Rajasthan Government to establish the largest solar park in the nation, with a capacity of 10,000 MW. Adani Power had previously been the largest private power generator in India.

To collaborate on unmanned aircraft systems in India, Adani’s Aero defence sector formed a deal with organisations including Elbit-ISTAR and Alpha Design Technologies in 2016. For Rs. 18,800 crores, The Adani Group purchased a portion of Reliance Infrastructure in December 2017.

The corporation has advanced its activities in a variety of industries, including energy, resources, logistics, and agriculture, under the leadership of Gautam Adani, one of India’s richest men. He has joined Forbes’ top 20 billionaires list with a net worth of 59.9 billion as of 2021. His net worth just experienced a $17 billion wealth spike. 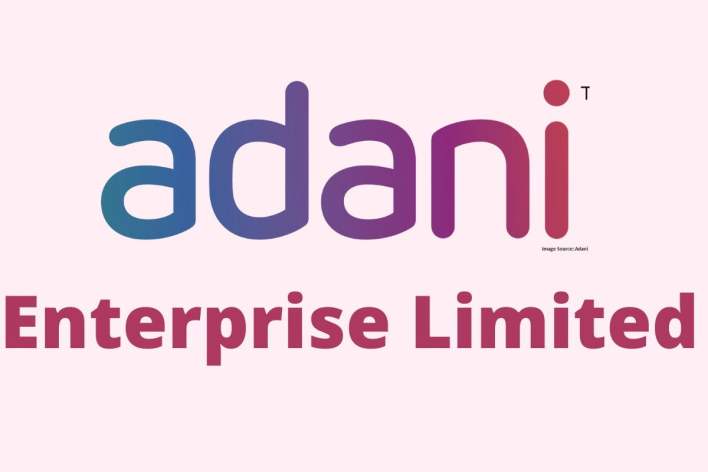 One of the main subsidiaries and the main holding company of the Adani Group is Adani Enterprise. The company’s main objective is to launch additional new enterprises in the infrastructure and energy industries.

It serves as an incubator, turning opportunities into flourishing or prosperous businesses. Up to this point, Adani Enterprise has increased its market leadership and footprint across numerous industries.

Because of the business’s success, it was listed on the Bombay Stock Exchange and the National Stock Exchange of India. The company has gone a long way since it was founded and listed in 1994 when it had a market capitalization of Rs 22,909 Crores.

The organisation wants to consistently provide value, maximise profits for stakeholders, and contribute to actions that strengthen a country. The goal of Adani Enterprise is to construct infrastructure for highways, data centres, data centres, solar manufacturing, airports, and water systems while also having sustainable value creation. 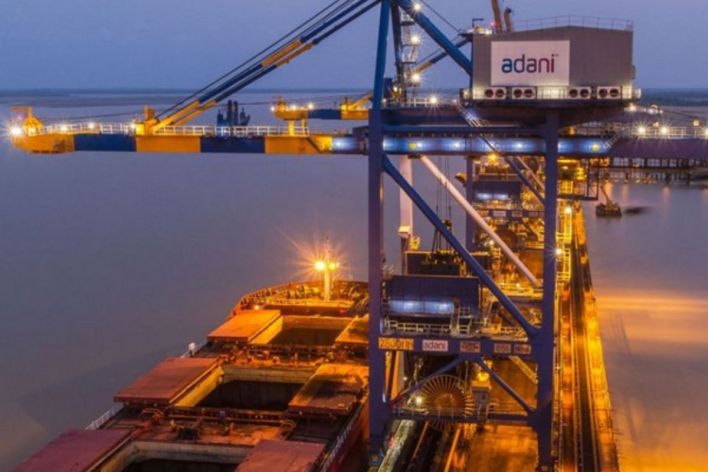 More than one-fourth of all cargo transportation in India is handled by APSEZ, making it the largest commercial port operator in the nation. Before a name change in 2012, APSEZ was known as Mundra Port and Special Economic Zone Limited.

The business began operating out of Mundra Port, but has since expanded to 10 ports, totalling 45 berths and 14 terminals, spread over 6 states: Gujarat, Goa, Kerala, Andhra Pradesh, Tamil Nadu, and Odisha.

With a market capitalization of Rs. 77,715 crores, it is one of the key subsidiaries of the Adani group. Karan Adani is the company’s CEO. Through Adani Logistics Ltd., APSEZ manages three inland container depots and a warehouse where goods are kept until they are custom cleared at the ports, giving the company a substantial national footprint.

The port’s facilities are specifically outfitted with the newest, best-in-class cargo-handling infrastructure so that it can accommodate the largest vessels.

These ports are also well-equipped to handle a variety of cargoes, including containers, liquid cargo, crude oil, and dry cargo. For the construction of ports and harbours, APSEZ also offers dredging and reclamation solutions. Because of this, APSEZ now has the most capital dredging capacity in India with 19 dredgers in operation.

The Mundra SEZ, which offers investment alternatives such as the Free Trade and Warehousing Zone (FTWZ) and Domestic Industrial Zone in India, is the largest port that is operating and designated multi-product SEZ in India with a land area of over 8000 hectares.

Additionally, it supports large-scale production setups based on cluster-based industry development. To protect the environment, APSEZ has also planted mangrove trees and declared in 2016 that all ports and townships will soon be powered entirely by renewable energy. 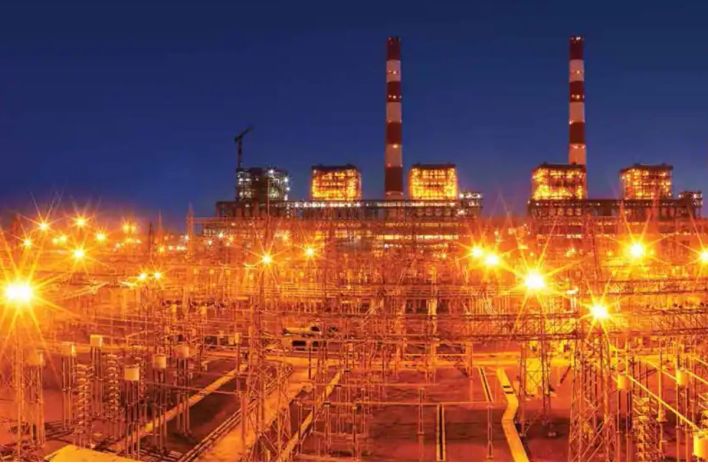 Another significant commercial division of the Adani Group is Adani Power. The organisation, which is known as India’s largest private thermal power producer, is headquartered in Ahmedabad, Gujarat.

With a 12,450 MW capacity for electricity production, the business operates thermal facilities in Gujarat, Maharashtra, Karnataka, Rajasthan, and Chhattisgarh. Additionally, it runs a 40 MW solar power facility in Kutch, Gujarat. In the fourth quarter, Adani Power produced a net profit of Rs. 634.64 crores.

This Indian company established the first coal-based thermal power facility in the world that was registered under the Kyoto Protocol’s Clean Development Mechanism (CDM). Since its founding as a power trading firm in 1996, Adani Power has negotiated long-term PPAs with the governments of Gujarat, Maharashtra, Haryana, Rajasthan, Karnataka, and Punjab totalling roughly 9,153 MW.

Despite having no experience with power generation in 2006, the company was able to successfully install its first power plant at Mundra. Additionally, the business intends to build a 1.600 MW facility in Godda, Jharkhand.

Adani Power overtook Tata Power to overtake it as the nation’s top power producer in 2014. Additionally, the company’s Mundra power plant is the first coal-fired facility in the world to acquire carbon credits from the UN Framework Convention on Climate Change. Additionally, the business received a prize from the Karnataka government for the Udupi Power Plant.

Adani’s involvement in the transmission sector dates back even before the establishment of Adani Transmission Limited in 2006. The company, which was integrated in 2013, manages commissions, operations, and maintenance of electric power transmission systems.

As of 2020, the corporation will be operating a network of 12,200 circuit kilometres, and 3,200 more will be in various phases of construction. Gautam Adani established Adani Transmission, which is based in Ahmedabad.

With the purchase of Mumbai-based Reliance Infrastructure’s Power Generation, Transmission & Distribution Business in 2018, the business entered the distribution market.

By 2022, the company hopes to have 20,000 circuit kilometres of transmission lines installed, using both organic and inorganic expansion prospects. Last but not least, it is the first private power sector player in the nation to obtain an investment grade rating. 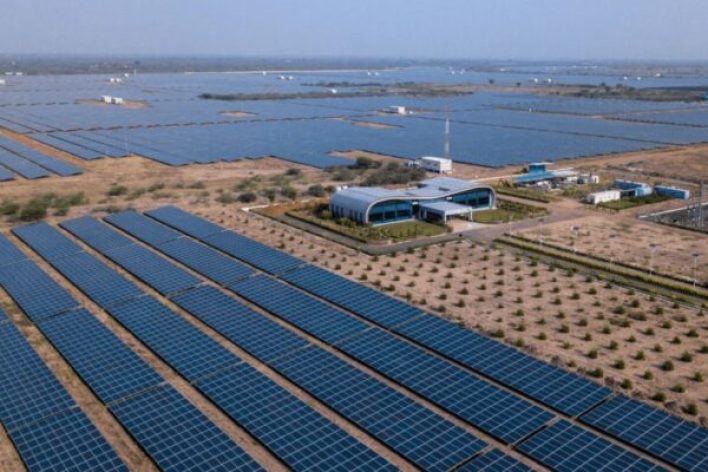 With a current project portfolio of 13,990 MW, this Adani subsidiary is one of the biggest renewable energy enterprises in India. For designing, running, constructing, and managing solar and wind farm projects, turn to Adani Green Energy.

The electricity produced is delivered to institutions of the federal, state, and even certain government-backed businesses. More than 11 Indian states have already been added to the company’s reach.

The company offers an amazing portfolio of 54 active projects and 12 ongoing projects, all of which utilise the most recent technologies.

It is guiding India’s transition to renewable energy and seeks to give the nation a cleaner, better, and more environmentally friendly future. One of the biggest solar photovoltaic plants in the world is run by the firm (Kamuthi Solar Power Project).

Adani Green Energy also has over 39 subsidiaries operating under it, and it recently defeated the Solar Energy Corporation of India to win the largest solar bid in the world, valued at 46 billion.

It is well known that the corporation is in charge of 5,290 MW worth of solar and wind power facilities. 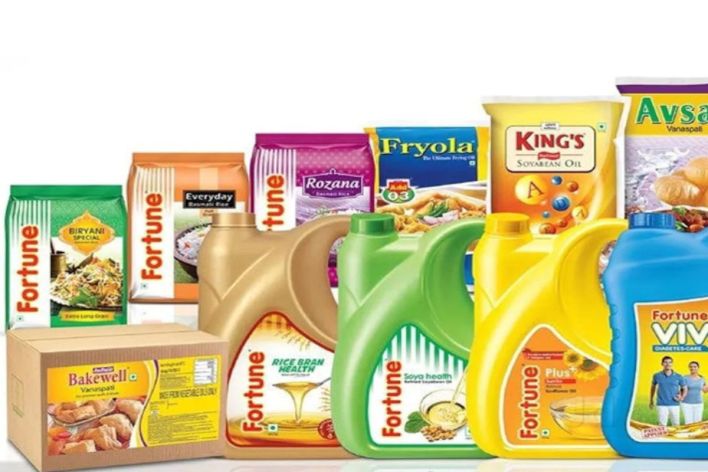 Among all the manufacturers of branded edible oils in India, the company has the greatest distribution network thanks to its more than 95 stocking locations, 5000 distributors, and 1.5 million outlets spread throughout the nation.

After selling its edible oil to the Middle East, Adani Wilmar had success on a global scale and is now exporting its goods to more than 19 Middle Eastern, Southeast Asian, East African, Singaporean, Australian, and New Zealand nations.

See also  The RBI extended the deadline for card tokenization by three months. 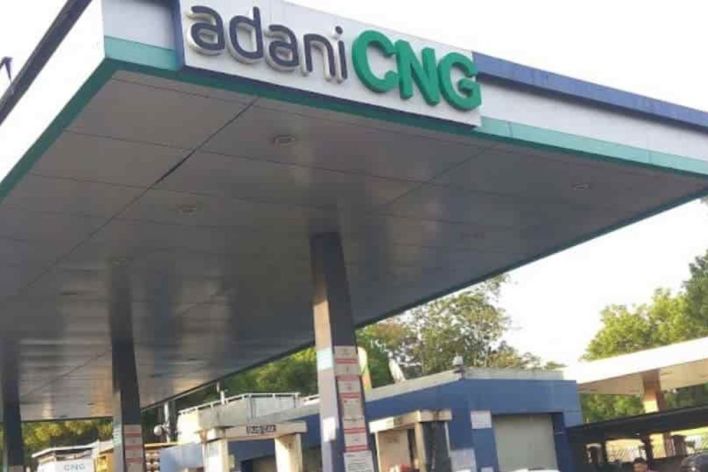 Adani Gas has so far established city gas distribution networks in places like Gujarat’s Ahmedabad and Vadodara, Haryana’s Faridabad, and Uttar Pradesh’s Khurja. Natural gas is not only reliable and environmentally beneficial, but it also offers users a high degree of safety, comfort, and economic efficiency.

The Challenges Faced by Adani Group

The Adani Group operates numerous ports and commercial divisions in numerous regions. They must control personnel attendance and scheduling from a single location.

For reasons of safety and security, they also wish to manage access at their facilities in addition to automated time attendance systems.

They want immediate SMS notifications for a few unusual scenarios. Since faraway sites are present, they desire various device connectivity alternatives. One of the difficulties is the necessity of integrating SAP.

The corporation intends to make human interventions to lower errors and fraud by implementing an autonomous system.

The Adani Group used a variety of strategies to overcome its obstacles. A few of the best things they did were:

The Adani Group has continued to expand over the past three decades, establishing itself as a global leader in several industries, including energy, resources, logistics, coal mining and trading, real estate, aerospace, infrastructure for public transportation, consumer finance, solar manufacturing, defence, gas distribution, and agriculture.

The business also compares itself to world norms across all industries. Because of its many successful subsidiaries, the company has been successful thus far and will continue to expand and achieve higher heights in the future.