An Indian multi-brand beauty retailer selling cosmetic and wellness items, Purplle was established in 2011 and had its headquarters in Mumbai, Maharashtra.

The markets for skincare, haircare, cosmetics, and other beauty items are expanding exponentially. As a result, many businesses are entering the beauty market with their own products. One such example of an online beauty firm that is quickly rising to compete with the more prominent players in the market is Purplle.

Purplle is quickly gaining popularity because of its online store and an ever-expanding selection of cosmetics, fragrances, skincare, and hair care items. It provides an online platform for needs related to beauty and wellbeing that highlights beauty brands and goods. The goal of the company is to elevate the purchasing experience. On June 9, 2022, the rival Nykaa will become a unicorn and join the elite group of unicorn businesses.

Purplle is the owner of an online beauty business designed to help customers choose skincare products based on their hair, skin, and other personal preferences.

It is an online store with a sizable selection of fragrances, skincare products, hair care products, and cosmetics. At the most competitive pricing, it features some of the industry’s top products from global leaders. By allowing customers to have a customised buying experience that takes their skin and hair types into account, Purplle cosmetics hopes to elevate the users’ shopping experience to an entirely new level. Additionally, they offer an excellent customer service division that can be reached by calling their customer care number.

Purplle features a wide selection of products from over 650 brands, 50,000+ SKUs, and 300+ vendors specialising in the beauty industry. To guarantee the quality of the products and their delivery are well-maintained, Purplle offers complete warehousing and logistical services to the sellers.

Additionally, the company has partnerships with over 6,000 salons, providing customers with access to comprehensive price data on the platform to help them choose the best service.

The Purplle website is organised around three main themes. The first is the marketplace for beauty products, where items for skincare, haircare, makeup, and other categories are featured. The Salon Booking Marketplace is the second, where they list and take reservations for salons and spas close to you. The third is Purplle Salons, a Premium Economy Salons chain that aims to give consumers a wonderful salon experience.

India’s personal care and cosmetics industry has experienced significant expansion. This can be noted given that India has a higher standard of living than many other countries, as evidenced by the sector’s predicted 9.7% increase between 2018 and 2023, before the epidemic. But, with the outbreak of the coronavirus pandemic, this growth has unquestionably decreased. 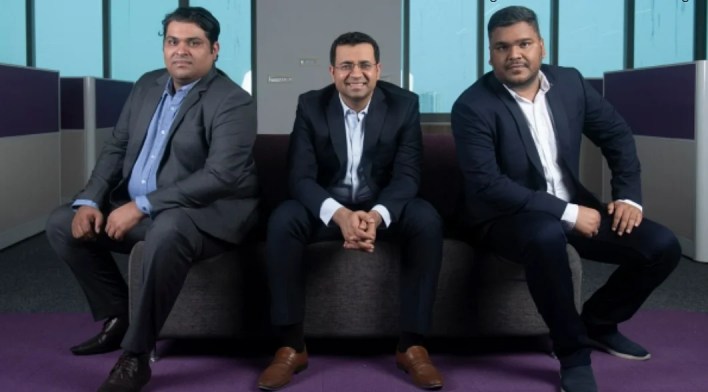 Purplle is founded by Manish Taneja, Rahul Dash, and Suyash Katyayani in 2012.

Manish graduated from IIT Delhi with a Bachelor’s and a Master’s in Electrical Engineering. After that, Taneja went to the CFA Institute and finished Level 3 in Finance. Ittiam Systems hired the co-founder and CEO of Purplle as an intern. He then held positions at Lehman Brothers as an analyst, Avendus Capital as an analyst and associate, and Fidelity Growth Partners India as an analyst In private equity. Finally, Manish Taneja decided to launch his own cosmetics company, Purplle. When Manish Taneja founded Purplle, he was an experienced businessman.

See also  The US government needs a commercialization strategy for quantum

Rahul Dash, a co-founder and chief operating officer of Purplle, was formerly a senior manager in charge of strategy and business development at Tata Power. After working as a TAS Manager at Tata Advanced Systems Ltd. and Tata Motors, he was appointed as a TAS Manager at Tata Chemicals Ltd. Rahul. He received his undergraduate degree from IIT Kharagpur and was a Mechanical Engineering student at IIT KGP. Later, Dash graduated from IIM Ahmedabad with a PGDM in General Management.

Suyash Katyayani is regarded as the brand’s co-founder and CTO. In addition to attending DPS Bhilai, Katyayani graduated from the Kharagpur IIT with a BTech in chemical engineering. Suyash had previously co-founded VidyaCenter, making Purplle his second venture into business. At OnMobile, Katyayani began his career as a software engineer. Pooja Acharya, the company’s Chief Beauty Officer, also holds another important position at Purplle. 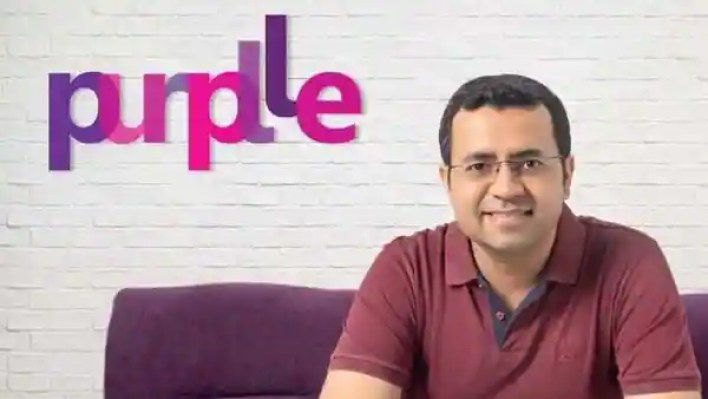 The Purplle cosmetics company was founded on a purely commercial decision to enter the beauty market. Contrary to the furniture and home décor market, there isn’t much potential for personalisation in the beauty, personal care, and cosmetics industry. But when it comes to purchasing electronics, footwear, furniture, and apparel online, most clients are already familiar with horizontal marketplaces and frequently use eCommerce sites like Amazon and Flipkart.

The original group was ready to launch a company but debated between furniture and a fashion venture. On the other hand, fashion had firms like Myntra and Jabong, who had a terrific, early start and were emerging to be fairly competent. In contrast, furniture required a relatively higher initial investment. This was how Purplle started.

Purplle was founded with Rs 40 lakhs in funds, leading to Rs 40,000 in sales from friends and family in the first month. However, they gathered momentum due to this, and after the first month, they grew by 30% month over month. Until 2015, Purplle worked to develop ways to grow the company and boost sales. They avoided 2016, which was even more important to them, but this realisation that five years had already passed made them realise they needed to take new action. In 2017, the founders had only 50 lakhs in their bank accounts when they sensed the need for change.

The founding team felt confident even though the new shift required rewriting the company plan and requiring significant decisions to be made. Their data stack was their greatest asset. Their long-term data collection covered a wide range of categories and enabled them to understand better consumer behaviour, which became their USP.

Purplle then decided to be everywhere, resulting in the company launching its first physical retail location in Mumbai’s Phoenix Market City Kurla in January 2017. Purplle chose this location because, unlike other offline beauty businesses with physical storefronts that can only hold a limited number of items and tend to stock them randomly, Purplle stocked items after analysing consumer behaviour and so tailoring their stocks to suit the needs of the customer. Additionally, Purplle employed a rapid and effective technology and frequently questioned customers about the condition of their skin and any issues they were having.

When Purplle resumed making high profits, its gross margins were similarly strong. It later expanded its offerings to include salon booking services, although its primary focus remained on its products. The most recent data for FY21 indicate that Purplle is growing by 80% yearly.

The business sells goods for skincare, makeup, hair care, body care, and gadgets for the beauty industry from more than 600 Indian and foreign companies. It features some of the top goods from globally renowned businesses. Purplle wants to improve the standards of people’s online buying.

According to Purplle’s mission statement, “Your demands for wellness and beauty are met online by Purplle. We feature some of the top goods from globally renowned companies. It attempts to raise the bar on your purchasing experience significantly. We know shopping infuses an incomparable high.”

As an online store, the company’s goal is to become one of the most well-known brands in the cosmetics and beauty sector. 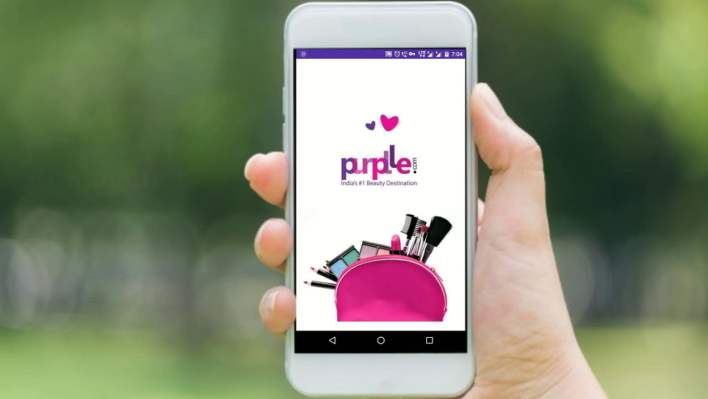 In 2011, the Purplle cosmetics brand debuted as a direct-to-consumer (D2C) beauty products retailer with an eCommerce website and app. The company has entered the private label sector, much like other market leaders like Flipkart, Amazon, Nykaa, etc. To enter the private label market, Purplle acquired the internal brand StayQuirky, which was established in 2015.

A D2C eCommerce business for beauty and cosmetics, Purplle generates most of its income from product commissions and marketplace fees. Additionally, a sizable portion of its profits comes from the adverts on both the website and the app.

Except for the pandemic’s early days, when everything seemed out of control for a short while, the past two years have been incredibly positive for Purplle. According to data from October 2021, the company is currently growing at a rate of over 80% year over year.

The business also disclosed that in FY22, it would increase its annualised gross merchandising volume to $180 million.

Some growth highlights of the company are: 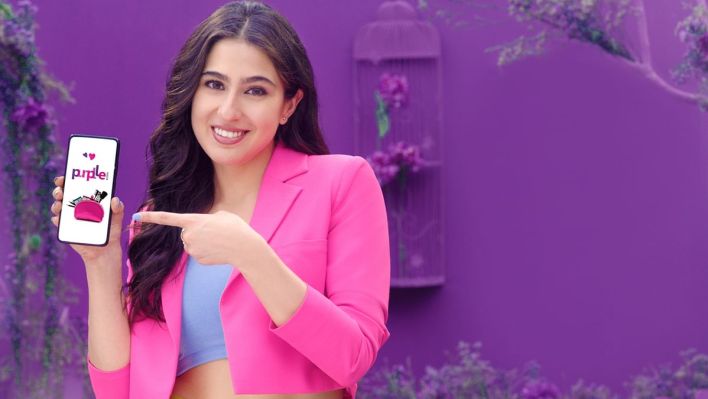 A little more than $294 million has been raised for Purplle. On June 9, 2022, the company received a $33 million extended Series D fundraising from Blume Ventures, Kedaara Capital, and PremjiInvest. South Korean firm Paramark Ventures led the deal. The startup’s worth surpassed $1.1 billion thanks to this new round of funding, making it an Indian unicorn firm. To date, the company has gone through over 13 fundraising rounds.

See also  Bridging the Gap Between Bengaluru and Tel Aviv

The company’s most recent investment round (Series D), which a subsidiary of Sequoia Capital sponsored, Faces Investment Holdings, helped them raise more than $34 mn in January 2022.

On October 29, 2021, Purplle completed a successful $75 million Series D financing round sponsored by Kedaara Capital. This was the startup’s second investment round of 2021, which was geared around women’s beauty. The company was prepared to raise an additional $49 million during this round from Azim Premji, the founder and chairman of Wipro, through his family office. According to a Purplle announcement, it will give 8.43 per cent of the company—or about 8,263 Series D obligatory convertible preference shares—to Premji Invest’s PI Opportunities Fund I programme for 328 crore rupees. Finally, on November 18, 2021, it received $60 mn in funding from PremjiInvest.

When it raised a portion of its Series D financing in January 2022, Purplle’s valuation was last $728 million. Still, it was just $500 million after obtaining $75 million in its funding round in October 2021. By the time the company was valued at $1.1 million on June 9, 2022, it can be said that its valuation had increased by more than 50%.

On July 4, 2020, Purplle holdings valued at Rs 60 crore were purchased by Goldman Sachs in a secondary acquisition. The shares of former Fidelity executives Abhinav Sinha and Anirudh Gopalkrishnan are also included in this; they left the company in 2020 with a 40x return.

Approximately 15 investors are actively funding Purplle, with Spring Marketing Capital and Verlinvest being the newest. 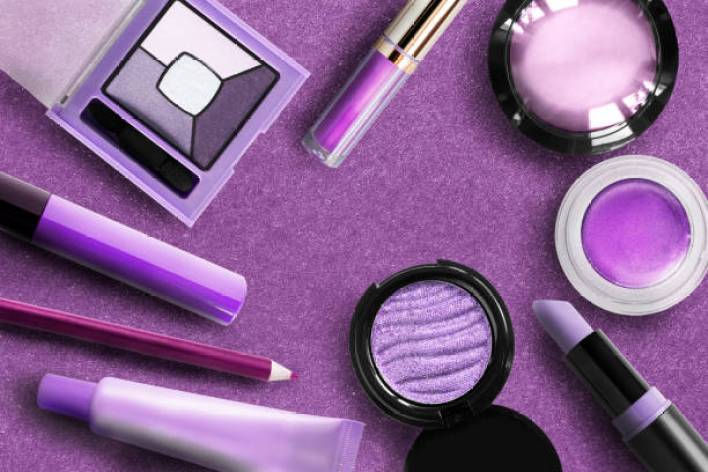 As of May 13, 2022, Purplle increased the amount of its ESOP pool, making it worth $40 million. According to the company’s regulatory filings with the Registrar of Companies, the Purplle board has approved the expansion of its current ESOP pool to comprise 6,806 ESOP options, with each option being converted into equity shares. Purplle now joins many other Indian businesses, including Pine Labs, Ather Energy, Ecom Express, Ninjacart, LEAP, and more, with this extension of the ESOP pool.

On December 18, 2021, Purplle purchased FACES CANADA. This is the Mumbai-based marketplace for beauty products’ first significant acquisition. The latter will continue to operate independently and grow its portfolio following the acquisition.

The top competitors of Purplle today are:

Manish reflected on the early days of Purplle, noting that few companies in the nation were targeting the internet market for cosmetics and beauty products in 2011. There were fewer beauty stores than there are now, and only salons conducted B2B transactions. The co-founders stated that they used roughly Rs 40 lakhs of their own savings to launch their company, Purplle.

Purplle believes that social media and millennials’ growing spending power would encourage India’s middle class to become more interested in beauty products. The company claims that once AI becomes widely available, e-commerce platforms will quickly take over as major sources for individuals to buy their cosmetics.

Beneficial Effects of Remote Working on the Environment

Ignoring Long Covid Among Kids Can Have Serious Consequences