Restaurants that are featured on food delivery services like Zomato and Swiggy have begun charging customers an average of 10% more than the rates that are shown on their menus in-store.

According to a report, the restaurants are blaming the price increase on rising commissions and promotional fees. According to the research, food tech behemoths Zomato and Swiggy had to increase take-out prices as a result of a greater emphasis on profitability.

NEW DELHI: According to a report, restaurants have started charging customers an average of 10% more than the prices posted on menus in their locations greatest premium being a 60% premium—on food delivery apps Zomato and Swiggy.

According to an analyst, “profitability focus has led food-tech businesses like Zomato and Swiggy to hike take rates (take-out costs), which in turn has prompted eateries on differential pricing—packing and delivery charges remain over and above.”

80 restaurants in the top eight cities were surveyed by the brokerage, and their online and offline costs were compared. It generated 240 orders in all, with prices ranging from $120 to $2,800 each order, and it mixed quick service restaurants (QSRs), full-service restaurants, cafes, ice cream parlours, etc.

It found that 80% of the restaurants it examined used differential pricing, with higher prices for online orders. “We found that the printed menu prices for dine-in were, on average, 80% more than the menu prices for food delivery services at the locations we examined. With a typical price of 10–11%, more than half of these restaurants impose a surcharge that is less than 10%. We also saw a few instances of premiums being above 40% (highest at over 60%), and over 20% of them charge a premium that is over 30% to the printed (online) menu pricing,” they claimed.

However, this pricing method was mostly used on a small proportion of menu items, not the full selection. According to industry interactions, some larger restaurants are experimenting with offering various products to aggregators in order to permit differential pricing (for instance, one plate of idli has two pieces for delivery but three for dine-in), according to analysts.

Restaurant commission charges, ad sales, and customer delivery fees are the sources of income for aggregators. Discounts and other factors are included in costs. 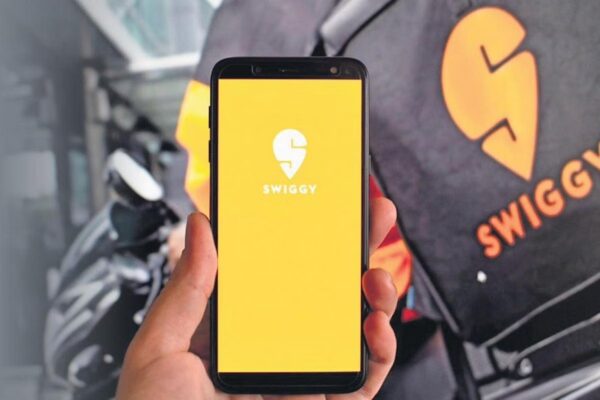 Take-out charges are commissions that restaurants give to aggregators like Swiggy and Zomato in exchange for allowing delivery orders through their websites. Restaurant aggregators employ a flexible commission structure.

Aggregators have been under pressure to maintain a good profit margin, nevertheless. Zomato’s top management stated in its June quarter earnings that it aims to achieve adjusted Ebitda breakeven by Q4 of the current fiscal year.

Additionally, packing charges are levied by almost half of the restaurants and range from 4 to 5% of the total. Customers are additionally charged a shipping fee by the platforms, which increases the whole cost by an additional 13%. When all things are equal, the price of a delivery order before reductions is frequently about 27–28% more expensive than the menu pricing, according to analysts.

“While platforms cannot influence the premium a restaurant charges, a high markup may cause customers to grow disgruntled and even create a possibility for a hyper-local delivery platform to allow restaurants to make their own deliveries, though this seems like a remote prospect at this moment given the two incumbents’ strong brand recognition,” they asserted.

Platforms reportedly give 11% average discounts, according to an analyst. This lowers the net premium compared to menu price to 17%; naturally, as discounts disappear and more emphasis is placed on profitability, the difference is expected to close.

Perhaps the delivery companies themselves are aware that they may have earned enough money during the past few years of favourable weather.

For restaurants that “meet with the essential technological and logistical capacities to execute deliveries themselves in an effective manner,” Zomato recently announced their trial program for self-delivery. Swiggy is also doing the same. The way the statement is written, though, makes it plain that the majority of the restaurants in a given area that are listed on their app would not be covered by the self-delivery policy. Again, this is where organizations like eSamudaay can help.

A digital entrepreneur who assists restaurants in getting their menus on the app and relies on their own captive customers to order first for home delivery is given access to a straightforward white-label solution.

There are companies like Google-backed DotPe that have teamed with restaurants and cloud kitchens, of course. It aids in the establishment of an online presence for restaurants, the provision of chatbots on platforms like WhatsApp, the provision of digital payment solutions, the aggregation of logistic partners, and general order administration.

Then there is Thrive Now, which only costs restaurants 3% commission on orders as opposed to Swiggy and Zomato’s 25–30% and Swiggy’s 25%.

It suffices to state that once the customer and the proprietor of the small restaurant become aware of the additional costs that a Dal Khichdi is causing them, things will become more difficult. It’s only a matter of time before innovative solutions to an age-old problem emerge.