King Salman International Airport, billed as one of the biggest airports in the world, has a master plan that Saudi Arabia has revealed. This is greater than 57 square kilometres of the airport, which would also house the current King Khaled airport, which will be built by the Public Investment Fund, the nation’s sovereign wealth fund.

The airport hopes to serve up to 120 million passengers by 2030 with plans for six parallel runways and existing terminals. Up to 185 million people and 3.5 million tons of cargo are anticipated to be handled at the airport by 2050. The concept would strengthen Riyadh’s status as a major global logistics hub, promote travel and commerce, and serve as a bridge connecting the East and the West.

In keeping with Saudi Arabia’s Vision 2030 goals, the new airport is anticipated to provide 103,000 direct and indirect jobs, $7 billion in annual non-oil GNP contributions, and other benefits. By 2030, the kingdom hopes to receive 100 million visitors each year. 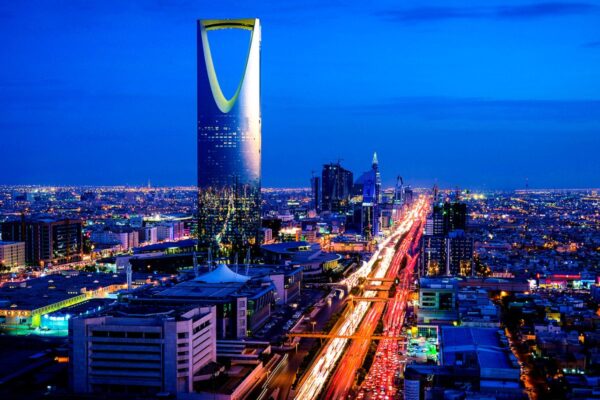 Even though the Dubai-based Emirates airline anticipates operating at full capacity and using its pre-pandemic network by the end of the next year, the company is currently rethinking its retail experience with the opening of its Emirates World retail location. Emirates intends to spend $27 million rolling out the retail store idea throughout the airline’s network over the next three years.

Additionally, the airline’s in-store display of Premium Economy Class seats will be present at Emirates World. With Thailand, Seychelles, and Israel tourism boards launching their destination workshops in December, the retail space will offer seminars, presentations, and other interactive sessions. 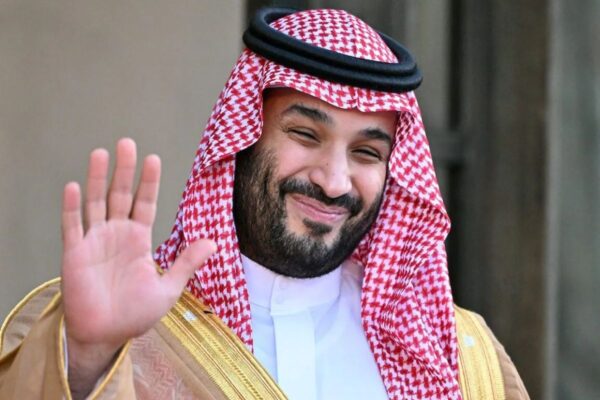 According to Julia Simpson, president and CEO of the World Travel & Tourism Council (WTTC), members are planning to invest more than $10.5 billion in Saudi Arabia over the next five years. An estimated 3,000 people were expected to attend the highly anticipated Global Summit of the international tourist organization, which began on Monday in Riyadh, Saudi Arabia.

The event’s theme, “Travel for a Better Future,” will highlight the sector’s worth to the globe, communities, and society as a whole. To address and safeguard the industry’s long-term future, which is essential to economies, jobs, and way of life all around the world, Simpson said, “our event brings together many of the world’s most influential travel and tourism company leaders.”

According to a survey released by the International Association of Amusement Parks and Attractions, spending in leisure, amusement, and theme parks in the Middle East and Africa is predicted to reach $609 million in 2023. To streamline the implementation of $3.5 billion worth of recreational and cultural projects throughout the emirate, Abu Dhabi’s Miral Asset Management recently announced the launch of a new group brand.

Research projections predict that the Saudi Arabian entertainment and amusement sector will reach $1.17 billion by the end of 2030. The Saudi Theme Parks & Entertainment Confex will hold its inaugural event in Riyadh in March of the following year. In addition to diversifying their economies and lessening their reliance on oil, Gulf countries are working to build leisure tourism infrastructure to draw more tourists.

The new worldwide campaign from Qatar Tourism, “No Football. No Worries,” features Italian footballer Andrea Pirlo as its spokesperson. Pirlo will promote all that Qatar has to offer in the ad, such as kitesurfing at Fuwairit Kite Beach, sandboarding along the dunes of the Inland Sea, and learning about Islamic art at the Museum of Islamic Art.

The advertisement is part of Qatar Tourism’s new global marketing strategy, Feel More in Qatar, which highlights the diversity of family-friendly events and activities on offer. December will mark the launch of the “Feel More in Qatar” campaign.

By 2030, Qatar Tourism hopes to bring in more than 6 million visitors yearly with an ambitious long-term plan. According to the destination, it will accomplish this by enhancing every aspect of the tourism value chain, raising demand for both domestic and foreign tourists, and generating a positive ripple effect throughout the national economy.

Through its platforms, Ctrip, Trip.com, Skyscanner, Travix, and MakeMyTrip, the Chinese online travel behemoth will work to develop and promote tourism in Kazakhstan as a result of an agreement between Kazakhstan Tourism and Trip.com Group.

Through several marketing initiatives and its rapidly expanding worldwide network of resources, Trip.com Group will promote destination partnerships to advance the tourist sector in Kazakh and draw in more foreign visitors.

The tourism industry in Kazakhstan has been extensively promoted. The country currently does not require a visa for visitors from 78 countries. Kazakhstan also permits visa-free entry for up to 14 days for citizens of China and India.

Oman Air, a national carrier, has redesigned its economy class fares and now provides four distinct cost categories: Super Saver, Economy Lite, Economy Smart, and Economy Prime. For individuals who are going light, there is the Super Saver, a low-cost alternative to its economy fare. 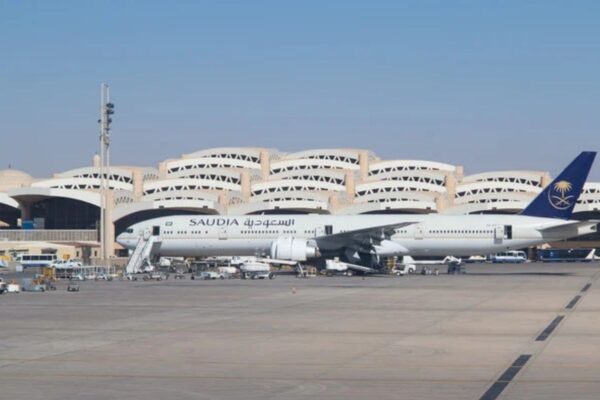 On tickets allowing for only 7 kilograms of carry-on baggage, passengers flying on these fares could save up to 20%. Extra baggage, a choice of seats, and admission to the airport lounge were available as add-ons for guests to pay. The Economy Lite cost is one tier higher than the Super Saver fare and includes check-in baggage up to 30 kilos and carry-on luggage up to 7 kilograms.

MSC Splendida arrived at Jeddah, Saudi Arabia, on her first trip to the country, kicking off the third season of Red Sea sailings. Saudi Arabia, which has long been off-limits to tourists, has been working to attract more cruise ships. Europe’s MSC Cruises is currently the largest cruise operator in the Middle East after progressively expanding its market share.

According to Saudi Press Agency, the third season will see more than 75 calls by foreign cruise ships at the ports of Yanbu and Jeddah. Viking, Silverseas, and Fred Olsen Cruise Line are a few other cruise lines that stop in the nation. From November 2022 to May 2023, MSC Splendida will provide cruises in Saudi Arabia, departing from Jeddah and sailing to Yanbu in Saudi Arabia, Aqaba in Jordan, Port Sokhna, and Safaga in Egypt. Three, four, and seven days are the range of cruise lengths.

To provide additional regional knowledge of the Middle East to Amex GBT’s international clientele, Emirates Group-owned dnata has announced its cooperation with the company. According to the terms of the “preferred travel partner agreement,” dnata Travel Management, based in Dubai, would offer complete end-to-end travel and meetings management services to Amex GBT’s clients, the business said.

The launch of a direct route between Muscat and Bangkok will begin on December 18, according to Omani low-cost airline SalamAir. The three times per week flights will leave Muscat on Sundays, Tuesdays, and Fridays. Flights from Bangkok will return on Mondays, Wednesdays, and Saturdays.

After Phuket, Bangkok is the second location in Thailand that SalamAir serves. Mohamed Ahmed, CEO of SalamAir, stated that Bangkok continues to be one of the most popular tourist destinations for Omanis and ex-pats, adding that “the airline’s network expansion strategy is dedicated to connecting more destinations along new sectors to establish a strong pan-international presence.”

The airline, which operates four A321neo and six A320neo aircraft, flies to Turkey, Bosnia and Herzegovina, Nepal, the Czech Republic, Pakistan, India, Egypt, and other international locations outside of the Gulf states.

According to the most recent data from the World Tourism Organization (UNWTO) Barometer, the Middle East recorded an increase in foreign visitors of more than a quadruple year over year between January and September.

In the first nine months of the year, there was a 225 per cent year-over-year rise in inbound visitors to the region, bringing them to 77 per cent of pre-pandemic levels. Arrivals reportedly rose by 3% over 2019 in the Middle East in September, surpassing pre-pandemic levels.

The UN tourism organization added, citing data from the International Air Transport Association, that while domestic capacity globally increased to 86% of 2019 levels, it was at pre-pandemic levels in the Middle East.

Elaf Travel and Tourism, based in Saudi Arabia, and Sabre have an exclusive partnership that will help the company grow by utilizing improved technology. With access to more than 420 airlines, 750,000 hotels, and hundreds of tour operators, rail, car, and cruise providers through the deal, Elaf will be able to advertise customized travel packages from vendors all over the world.

According to Adel Ezzat, CEO of Elaf Group, Elaf would be transforming its business and advancing its services to improve customer experience by leveraging Sabre’s solutions and capabilities.

This year, 20 companies significantly reduced their IT workforce.

India's manufacturing export industry will grow to $1 trillion in the future.