For the Second Security Dialogue, a Vietnamese team led by Senior Lt. General Luong Tam Quang, Deputy Minister of Public Security, travelled to India. There, the two sides had extensive conversations about security-related topics. In 2016, when the relationship was upgraded to a Comprehensive Strategic Partnership, a framework for a security dialogue was formed between the national security council secretariats of India and Vietnam. Ajit Doval, the national security advisor for India, participated in the first security dialogue that took place in Hanoi.

Deputy National Security Advisor Vikram Misri was in charge of the Indian side during this particular incident. NSA and Foreign Secretary were also introduced to the Vietnamese deputy minister who was in town.

This system is essential for setting the goals of both nations in terms of regional and global issues as well as for monitoring the success of political leaders’ actions in Vietnam and India. The pace did not slow down even during the epidemic, as Indian and Vietnamese authorities routinely met. In December 2020, Indian Prime Minister Modi and the then-Vietnamese Prime Minister Nguyen Xuan Phuc co-chaired a virtual summit and released the India-Vietnam Joint Vision for Peace, Prosperity, and People, which contained the principles for the future development of the India-Vietnam Comprehensive Strategic Partnership.

This document’s relevance comes from the fact that it acts as the foundation for a new phase of the Comprehensive Strategic Partnership between India and Vietnam. Seven additional agreements were also signed, including one implementing agreements on defence industrial collaboration and another on nuclear cooperation between India’s Atomic Energy Regulatory Board and Vietnam Agency for Radiation and Nuclear Safety.

The need to ensure that negotiations of the Code of Conduct (CoC) should not prejudice the interests of other countries, and the need to maintain peace, stability, security, and freedom of navigation and overflight in the South China Sea, among other things, were all spelt out in the summit’s seven steps for further strengthening the Comprehensive Strategic Partnership between the two countries.

Additionally, the two PMs agreed to step up efforts to advance partnership in the Indo-Pacific region, including a shared emphasis on ASEAN centrality, as well as to encourage actual cooperation between ASEAN and India in key areas and accordance with the goals and tenets outlined in the ASEAN Outlook on the Indo-Pacific (AOIP) and India’s Indo-Pacific Oceans Initiative (IPOI).

The Indo-Vietnam Comprehensive Strategic Partnership can help to promote regional stability since both nations have a similar goal of an open, inclusive, peaceful, and ruled-based Indian Ocean area, according to PM Modi, who later discussed this with the current PM Pham Minh Chinh in 2021. PM Modi spoke over the phone with H E Nguyen Phu Trong, General Secretary of the Communist Party of Vietnam, in April 2022 to mark the 50th anniversary of the establishment between the two nations. In the conversation, PM Modi emphasized the importance of Vietnam to India’s Act East Policy and Indo-Pacific Vision and expressed his desire to deepen bilateral ties.

Additionally, two significant Indian delegations visited Vietnam this year. A group of lawmakers travelled to mark the 50th anniversary of the establishment of diplomatic ties in April under the leadership of Sri Om Biral, Speaker of the Lok Sabha. During the visit, Mr Hue, his Vietnamese counterpart, laid forth an action plan for increased cooperation between the citizens’ representatives of the two countries.

Three significant choices were made during the visit of the Indian Defense Minister Sri Rajnath Singh in June after that. First, a Joint Vision Statement on India-Vietnam Defense Partnership towards 2030 was signed by both countries. This statement states that the present defence collaboration would be greatly expanded in breadth and scale. Second, the Indian and Vietnamese defence ministers agreed to complete the $500 million Defence Line of Credit for Vietnam as soon as possible.

The completion of these projects will advance India’s policy of “make in India, make for the world” and significantly increase Vietnam’s military capabilities. Third, a Memorandum of Understanding (MoU) on Mutual Logistics Support was signed by Vietnam and India. Twelve high-speed patrol boats were presented to the Vietnamese naval fleet by Sri Singh during his visit to the country’s military training facilities. These boats were constructed with an Indian $100 million line of credit and technical assistance and are slated to be deployed along the South China Sea coast soon.

The Second Security Dialogue between the Vietnam Public Security Ministry and the Secretariat of the National Security Council was held against the backdrop of the aforementioned discussions and choices. The two parties reaffirmed at this meeting their commitment to regional security and peace. The delegation from Vietnam was appreciative of India’s contribution to the development of the Indo-Pacific system. The Indo-Pacific Oceans Initiative must be implemented, according to the Indian side (IPOI). To achieve the FOIP aim, which is backed by seven pillars, PM Modi previously outlined this action plan. This is comparable to the ASEAN Outlook for the Indo-Pacific (AOIP). Vietnam was instrumental in the creation of the AOIP.

Three issues were the main emphasis of this security conversation. First, the Indian side emphasized the necessity for unrestricted trade, freedom of overflights, and navigation on national seas in conformity with international law (UNCLOS). Second, the proposed CoC must be completely compliant with the pertinent UN convention, and the negotiations must not harm the legitimate rights and interests of countries that are not participants in the talks. Taiwan, which has claims in the SCS, may be cited here. Taiwan is not a party to the CoC discussions.

Third, the two sides worked up a strategy to collaborate to cope with the growing connection between radicalism, terrorism, and the trafficking of drugs and weapons. They reviewed strategies for combating terrorism. 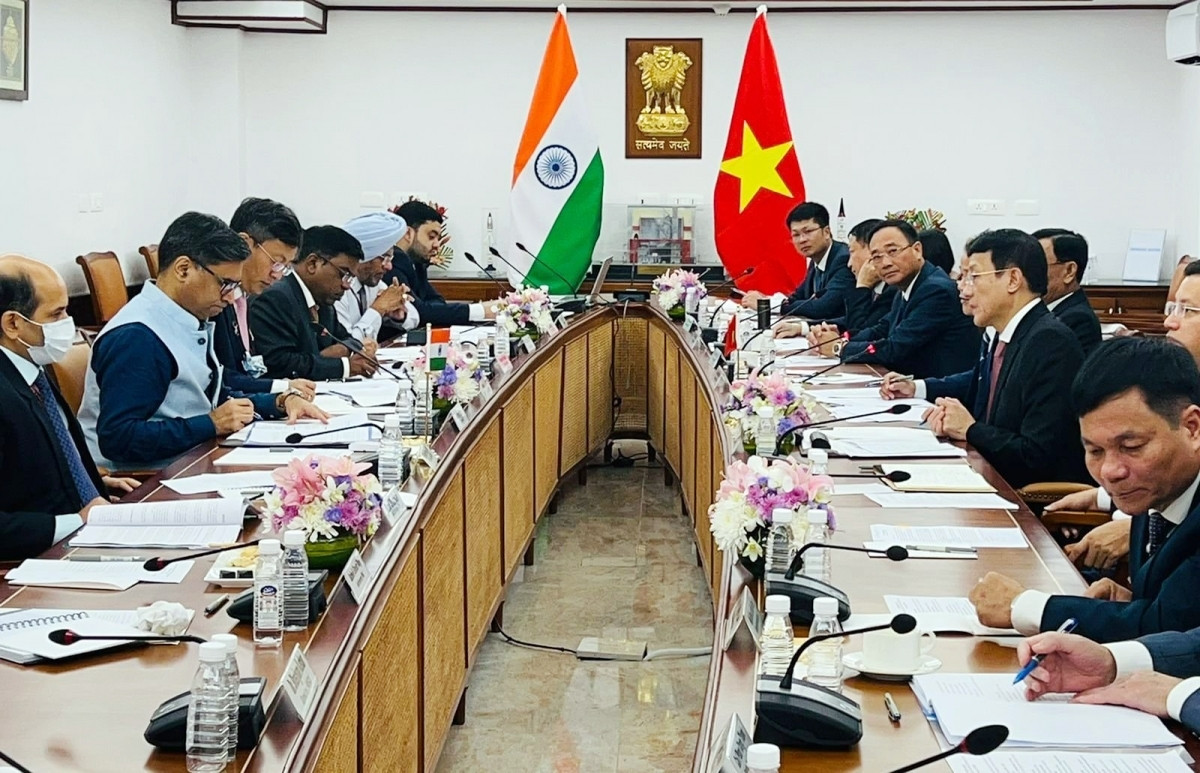 Both nations are working together on important subjects, including cyber security, after joining the Indo-Pacific Economic Framework. India is also helping Vietnam strengthen its defence industry capabilities. The National Security Council Secretariat and the Ministry of Public Security’s Security Dialogue is a crucial procedure for openly addressing the problems and developing pragmatist-based strategies for collaboration. From a long-term and strategic perspective, India views its relationship with Vietnam and is adamant that collaboration between the two nations can significantly support regional peace and stability.

A stubborn US inflation, a jumbo worry for Indian economy