Segway sees a future for sidewalk delivery robots and is now preparing to be the burgeoning industry’s go-to manufacturer.

The company, which has supplied electric scooters for almost all of the major shared micromobility operators, is partnering with Los Angeles-based delivery robot startup Coco to build 1,000 partially automated, remotely piloted sidewalk robots. Coco will begin deploying the robots in Los Angeles and two other U.S. cities during the first quarter of 2022. 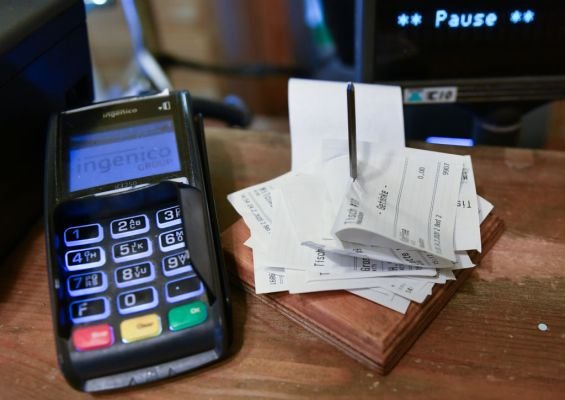 This new shipment of Coco Ones, as the company is branding them, will add to its existing fleet of 100 Coco Zeroes, a “box on wheels” that the company first built to prove out its business model. Coco has also placed an order for an additional 1,200 vehicles, which it expects to be able to deploy by May or June 2022, pending potential contracts, according to Sahil Sharma, SVP of vehicles at Coco.

Segway has been conducting R&D on robotics for years and even formed a dedicated division in 2016. That was the same year the company unveiled its Loomo robot, which is basically a scooter base with a little robotic head that includes an Intel RealSense RGB-D camera, speech recognition and self-driving capabilities.

Loomo was more of an experiment than a business opportunity; this partnership with Coco is the first time the company is deploying its “robotic mobile platforms” at scale for delivery. Tony Ho, Segway’s VP of global business development, said it also signals a longer term shift into the robotic delivery space.

“This is just the beginning of our partnership,” Ho told TechCrunch. “We will stay on the product side of things, and Coco will be the operators. So it’s a bit similar to the micromobility space where we provide the vehicles and hardware and they provide the relationship with the city and the staff and the whole operation behind it. Right now, we’re seeing this almost like it was with scooters in 2017, where the whole industry is booming. It’s a land grab.”

“Coco is a really young company, so they were smart enough to focus on what they do best and outsource the supply chain scaling to Segway,” said Ho, who mentioned the partnership with Coco is not exclusive. “We are very serious about this and it’s our company strategy to back the winning horses to scale up quickly.”

The market size of autonomous delivery robots globally is expected to reach $236.59 million by 2027, and a range of players have sprouted recently to try to control a piece of that pie. Starship Technologies, a competitor in the sidewalk space, has raised a total of $102 million worth of funding; Kiwibot recently expanded its reach among college campuses; and Nuro, which operates on the roads, just raised $600 million and announced a partnership with 7-Eleven. In August, Coco raised a $36 million Series A, bringing its total funding to $43 million, money that was in part used to fund the Segway vehicles.

Segway says it expects sidewalk robots to be the most efficient method of achieving first and last mile delivery, particularly in dense urban areas during rush hour.

“From the product point of view, a simpler design with make operations more reliable, less breakdowns, lower upfront capital investment,” said Ho. “Labor shortages caused by the pandemic only accelerated the acceptance of robots. Also, slower moving and smaller payload vehicles are pedestrian friendly on sidewalks and are welcomed by cities.”

Most robotic delivery startups aren’t actually autonomous yet, and Coco is no exception. Its vehicles, which are built with cameras, GPS and some compute power, are remotely piloted, but have some basic automated driving functionality. For example, they can drive in a straight line and stop if an obstacle pops up, which allows for one pilot to monitor more than one delivery at a time and take over for tricky bits like pedestrian crossings.

“We’re taking a very business-first approach to this,” Zach Rash, co-founder and CEO of Coco, told TechCrunch, noting that waiting for full autonomy to happen will only delay market entry. “A lot of people talk about L4 and L5, 90% autonomy. We really want to understand how many pilots do we need to do a given volume of delivery in this area. We built it from the ground up thinking what makes sense for our business and how should we build technology to support that, rather than saying, ‘How can we simplify the self-driving car?’ Our pilots are central to our operations and always will be central to our operations, so let’s build the product around them to make them as efficient as possible.”

Coco’s system takes the data collected from its various routes and uses that information to train the machine learning algorithms within its self-driving software. But the real advantage of having a fleet at scale is the ability to map more areas of the community and find faster and easier routes for the robot, says Rash.

“We can learn from the fleet what the most efficient segments are, because we care about every second of the delivery, so we try to map the city to create the most efficient routes, which takes into account connectivity, sidewalk infrastructure, pedestrian traffic, car traffic,” said Rash. “We learn a lot from the whole fleet. It’s not just about autonomous. We collect all this information to make sure that we can navigate the city as efficiently as possible.”