E-commerce company platforms are booming like nothing else in 10 years. Additionally, It has been seen that the COVID epidemic has caused these e-commerce companies a ten times stronger push. Due to their busy schedules and chaotic lives, people rarely have time to go shopping. People prefer to purchase goods online since there are many reliable e-commerce websites available.

21 acquisitions and 23 investments have been undertaken by Flipkart. Over $395 million has been spent by the corporation on acquisitions. Flipkart has made investments in a variety of industries, including payments, consumer electronics, and e-commerce enablers.

In August 2019, Flipkart introduced Flipkart Video, an in-app streaming service, to compete with other companies in the sector like Amazon, which is provided high-quality video alternatives. Content for the original lineup was selected from service providers like Viu, Voot, and TVF.

The IIT, Delhi alumni, and former Amazon workers Sachin and Binny Bansal established Flipkart in October 2007. Initially, the company focuses on providing countrywide shipping for book sales made online. By 2008, Flipkart had steadily gained popularity and was receiving 100 orders daily.

The largest e-commerce business in India, Flipkart is now said as the nation’s most valued startup. This Walmart-owned business began by selling books online before branching out to sell other product types like electronics, clothing, household goods, and other lifestyle goods. 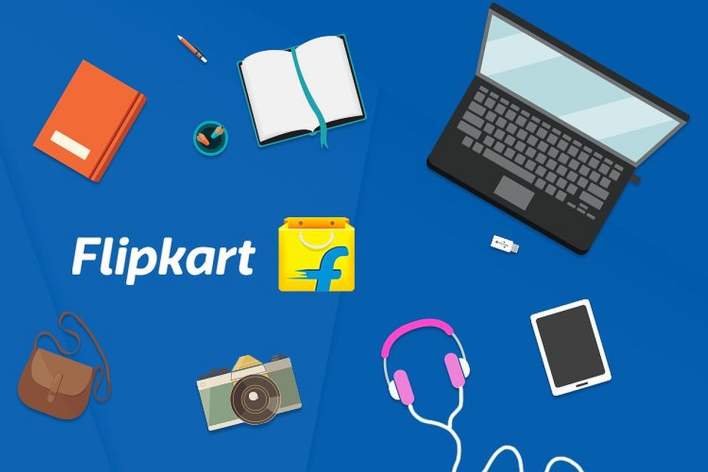 By 2025, the quick-commerce market is expected to reach $1 trillion, with mid-to high-income families in Tier 1 and metro areas leading the way.

The rapid expansion will be as Flipkart Grocery faces a major threat from BigBasket, BlinkIt (formerly Grofers),  Amazon,  JioMart, and other rivals.

As a result of this and hyperlocal delivery, With everyone striving for a piece of the rapidly expanding commerce market, the degree of competition in the sector has risen dramatically.

Flipkart has acquired several businesses over its rise to the top startup. Currently, Flipkart generates 433 billion Indian rupees in revenue.

Let’s have a look at the list of successful firms that Flipkart has so far bought. 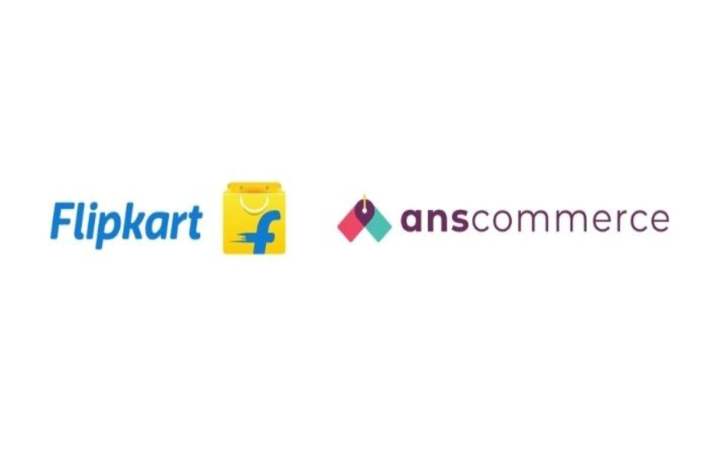 The ANS Commerce startup year of acquisition is 2022.

ANS Commerce was purchased by Flipkart for an unknown sum. The transaction has not yet been finalized, nevertheless, because of a few closing requirements.

The yantra startup year of acquisition is 2022.

Connecting more than 490 pharmacies, SastaSundar provides online pharmacy services along with healthcare solutions including e-diagnostics and e-consultations. With the acquisition of Flipkart, the healthcare system will be raised by giving customers access to less-priced pharmacies. The SastaSundar firm is 75.1 percent owned by the Flipkart group. 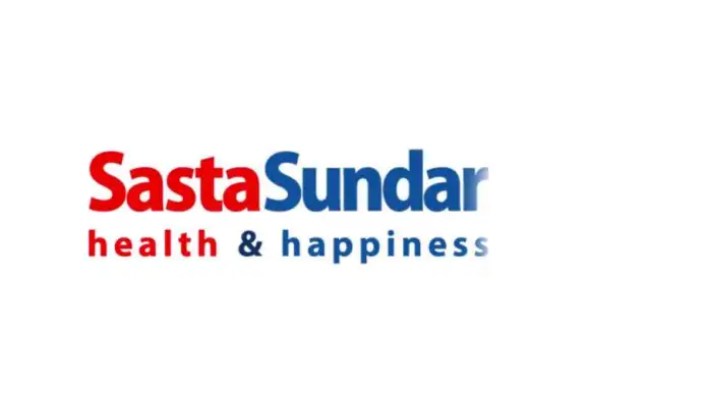 The SastaSundar startup year of acquisition is 2021.

SastaSundar offers online pharmacy services together with healthcare solutions like e-diagnostics and e-consultations through a connection of more than 490 pharmacies. The healthcare system will be much improved with the acquisition of Flipkart where clients would have access to pharmacies at lower prices. The Flipkart group owns 75,1 percent of the SastaSundar company. 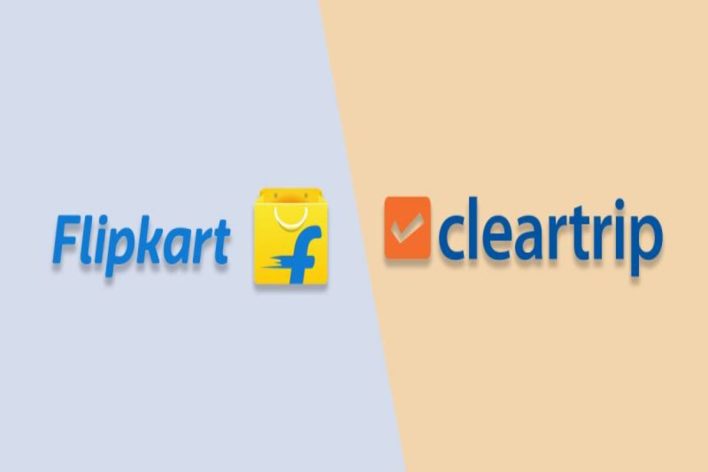 The Cleartrip startup year of acquisition is 2021.

An internet travel company is called Cleartrip. The business provides reservations for flights, trains, and hotels across India and the Middle East. The Covid-19 outbreak made it a tough year for the travel company,, as a result, Cleartip had to fire about 500 workers. In April 2021, Flipkart acquired Cleartrip in a $40 million agreement. 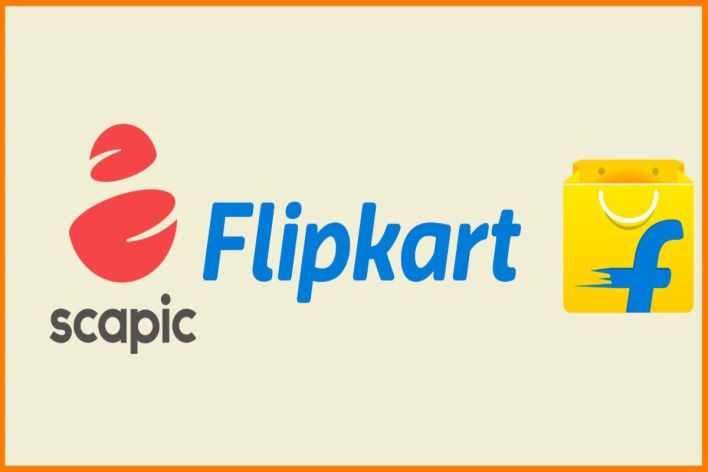 The scapic startup year of acquisition is 2020.

Using a web browser, Scapic is a cloud-based company that collaborates with clients on e-commerce and marketing platforms to develop and broadcast AR and 3D content. To improve its user experience, Flipkart reached the arrangement. Flipkart owns 100% of Scapic, although the value of the transaction is unknown. 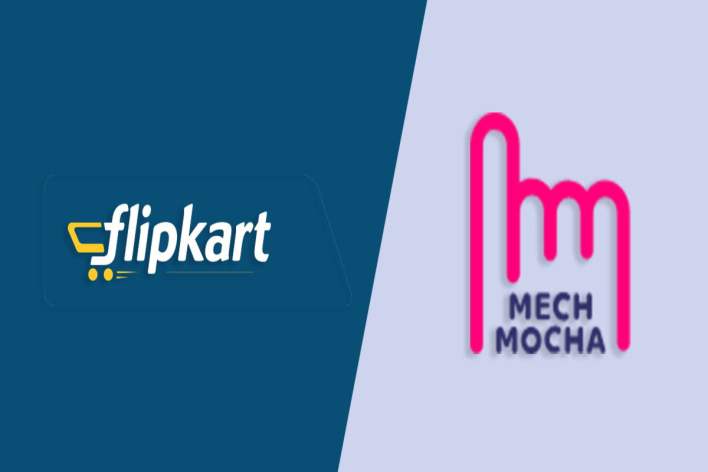 The Mech Mocha startup year of acquisition is 2020.

A live social game called “Hello Play” is run by Mech Mocha, a mobile gaming company. Through its in-game video, this gaming tool enables players from tier II and tier III towns to communicate with one another. Flipkart made an undisclosed amount of investment in Mech Mocha. 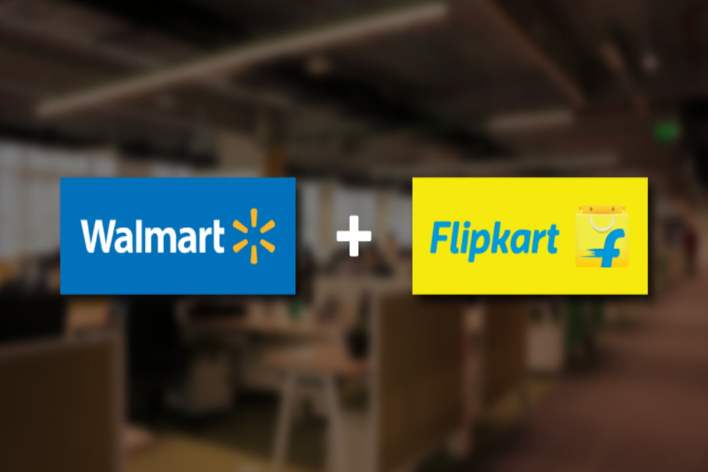 The Walmart India startup year of acquisition is 2020.

Walmart Inc., an American global retail firm with operations in many different areas and a focus mostly on grocery and department shops, owns Walmart India as a subsidiary. Walmart India was acquired by Flipkart to strengthen its position in the food and grocery sector and improve its supply chain. 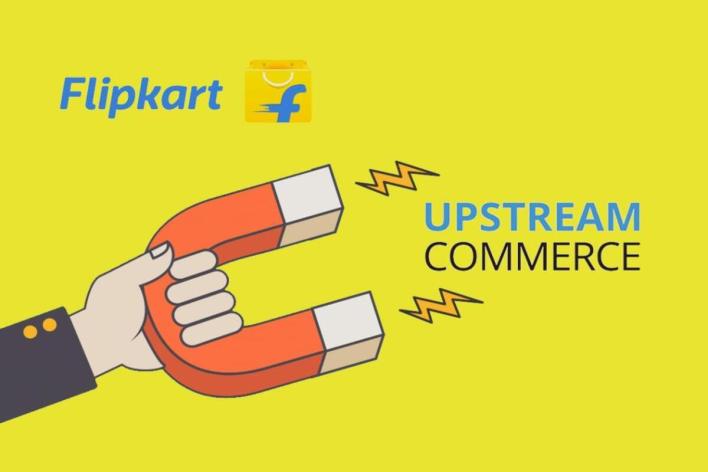 The Upstream Commerce startup year of acquisition is 2018.

The Liv.ai startup year of acquisition is 2018.

The first Indian business to employ robust neural network models that let programmers translate speech into text while supporting 10 Indian languages is Liv.ai. They want to offer billions of Indians a voice and the means to communicate in their native tongue online. Liv.ai was purchased by Flipkart for $40 million.

The F1 info solutions and services startup year of acquisition is 2017.

F1 Info Solutions & Services, a provider of IT equipment repair services for companies including Apple, HP, Samsung, Sony, Lenovo, Asus, and many more, was acquired by Flipkart in 2017. The primary goal of Flipkart’s acquisition of F1 is to increase the range of after-sale repair services available for its mobile devices and IT products.

The eBay India startup year of acquisition is 2017.

Founded in 1995, eBay is a multinational American e-commerce marketplace. In 2005, eBay began doing business there, but it had limited success. eBay was acquired by Flipkart in 2017 for about $500 million. Leading the way in international trade, eBay Inc. connects millions of buyers and sellers across 190 markets. 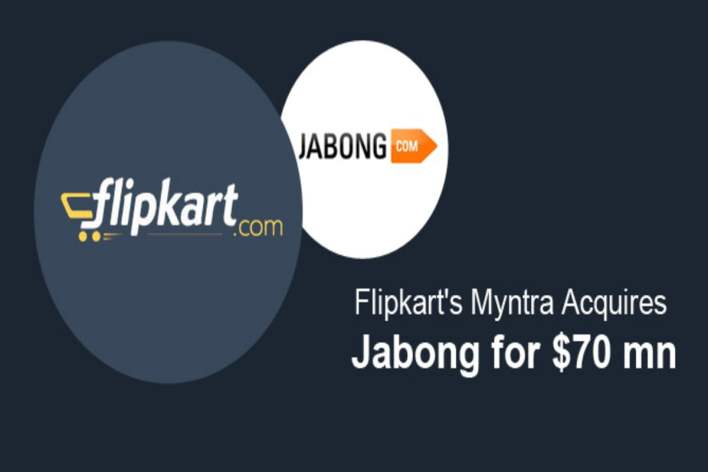 The Jabong startup year of acquisition is 2016.

The following product categories are available on the website Jabong.com: footwear, apparel, home goods, and other lifestyle products. Flipkart acquired Jabong from Myntra for $70 million.

Jabong.com is a young, vibrant company that strives to provide high-quality, branded products while meeting the fashion and lifestyle needs of men, women, and children. Jabong.com, which was founded in 2012 and was acquired by Flipkart through its Myntra division, today carries more than 1000 brands, 90,000 goods, and more than 2 lakh styles. 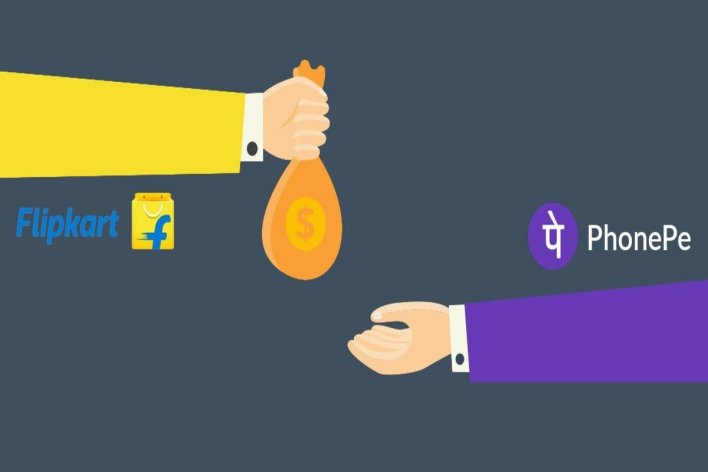 The Phonepe startup year of acquisition is 2016.

Sameer Nigam invented PhonePe, a digital payment method for internet purchases in India. The Unified Payments Interface (UPI), which is overseen by the National Payments Corporation of India, is the foundation of the app’s operation.  The company was acquired by Flipkart in 2016, however, it will carry on as an independent legal entity. For $20 million, Flipkart bought the company.

By making digital payments so safe, straightforward, and widely accepted, the company hopes to eliminate the need for consumers to carry cash or credit cards. Its online payment system is built on a digital wallet and the Unified Payments Interface (UPI). Thanks to PhonePe, both customers and businesses should have a perfect buying experience.

The FX Mart startup year of acquisition is 2015.

A company called FX Mart provides payment services such as digital or electronic payments, currency remittances, travel, and related services. To enable Flipkart to create its in-app wallet system and avoid paying a cut to external wallet providers, the acquisition was undertaken. About $6 million was spent on the transaction.

The Appiterate startup year of acquisition is 2015.

Application publishers can utilize the platform to run targeted in-app messaging and push campaigns, segment user behavior, test and improve their designs, and view real-time conversion data with its smart analytics. Appiterate is a Santa Clara, California-based company that was established in 2013.

The AdlQuity startup year of acquisition is 2015.

To make it easy and simpler for advertising agencies to attract mobile users, AnuragDod established the AdIQuity global mobile advertisement network. To increase its growth and its performance on the mobile platform, Flipkart bought this company. 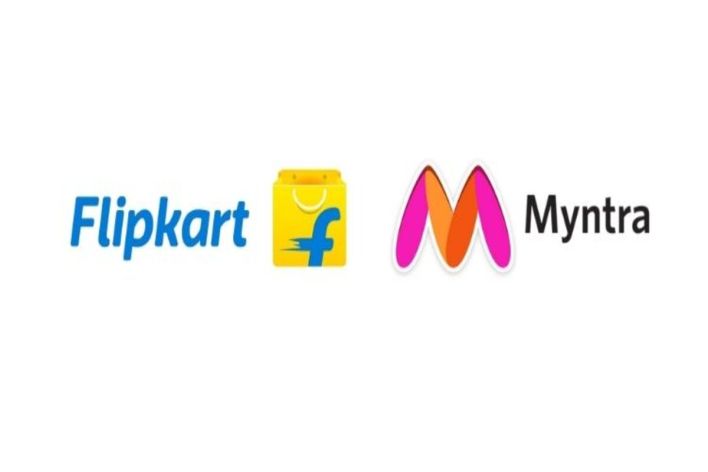 The Myntra startup year of acquisition is 2014.

Myntra began by selling different kinds of customized gifts, but in 2010 it increased its reach and broadened its offerings to include fashion and lifestyle brands. Flipkart acquired the business in 2014 for a price of about $370 million.

To defeat Flipkart’s competitor Amazon and establish one of the biggest e-commerce markets, the acquisition was made. One of Flipkart’s largest purchases to date is Myntra. 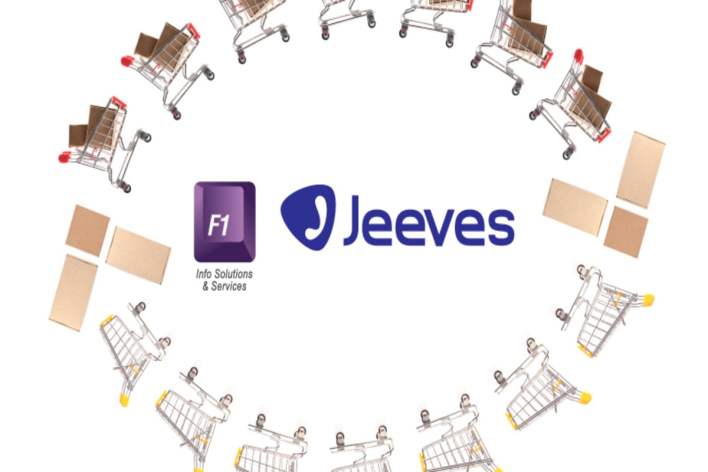 The Jeeves startup year of acquisition is 2014.

One of India’s largest third-party after-sales service providers is Jeeves, which has a network of over 320 service partners. That same year, Flipkart debuted its key appliance category.

Under the leadership of DileepThazhmon, CEO & Founder, and with the help and assistance of a diverse group of investors and founders with many expertise ranging from Silicon Valley to Wall Street, it provides you with cutting-edge financial solutions through Jeeves.

The Letsbuy.com startup year of acquisition is 2012.

Letsbuy.com is an online retailer that sells name-brand digital lifestyle and computer technology products from leading domestic and foreign brands. Letsbuy.com was acquired by Flipkart for $25 million.

Letsbuy.com, which provides and offers more than 5000 products from leading domestic and international brands is regarded to be one of the biggest online retailers of branded computer technology and digital lifestyle products.

The Chakpak startup year of acquisition is 2011.

Users can access Chakpak, an online media platform for Bollywood, Telugu, and Tamil movies, to learn about the films’ dates, reviews, and most recent news. With this acquisition, Flipkart will be able to provide its customers with user-generated content for multiple ranges of Indian movies. 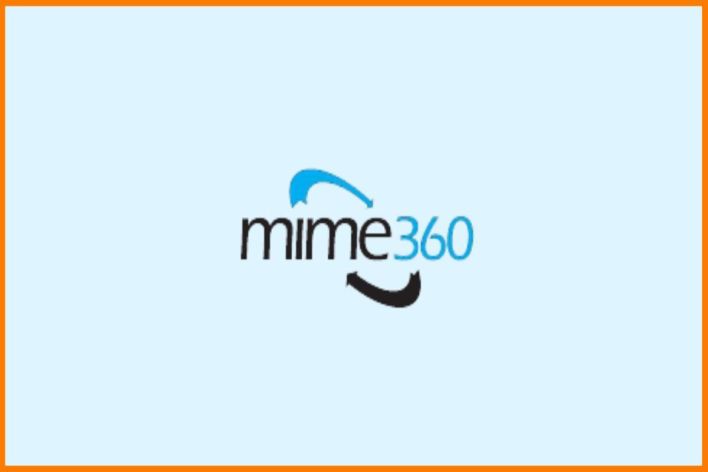 This was a Mumbai-based distributor of digital media. MIME stands for Panoramic International Media Exchange. The company has connections to Saregama and Gaana.com and has offices in Mumbai and Delaware, USA. To strengthen its technical foundation for digital distribution, Flipkart acquired MIME360. 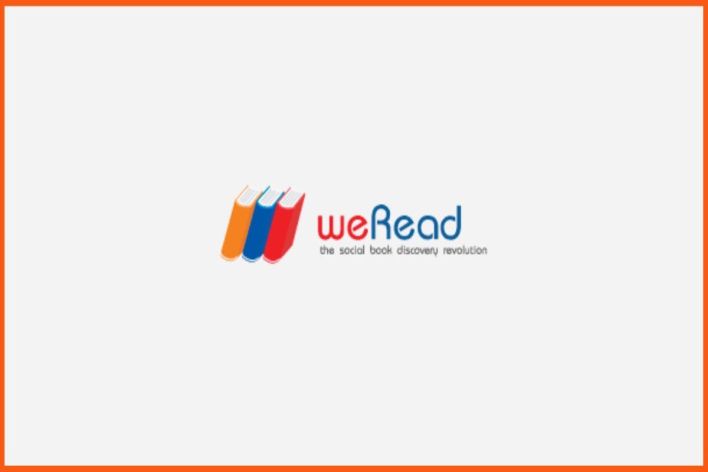 The WeRead startup year of acquisition is 2010.

The first startup that Flipkart bought was WeRead.com. There is a community online for every book reader. It was possible to access the platform on Facebook, Myspace, Orkut, Hi5, and Bebo. To further improve its customers’ book reading experience, Flipkart sought to increase its customer reach and base.

The number of startups that Flipkart has acquired demonstrates not just how ambitious it is but also the ideas of these startups are so welcoming that its reach has gone far way and worldwide. They want to continue growing and compete with Amazon, their rival. The group seeks to diversify its ecology via these multiple investments across several industries.

Initial Public Offering in 2023, Flipkart, the largest domestic e-commerce startup in the world, is reportedly aiming for a $60-70 billion valuation (IPO). This is almost two times the current market value of Flipkart.

An unnamed source told Reuters that Flipkart had previously planned to go public in 2022 and aim for a $50 billion value. However, the corporation has had to reevaluate its timeframe in light of the current stock market volatility brought on by Russia’s invasion of Ukraine. 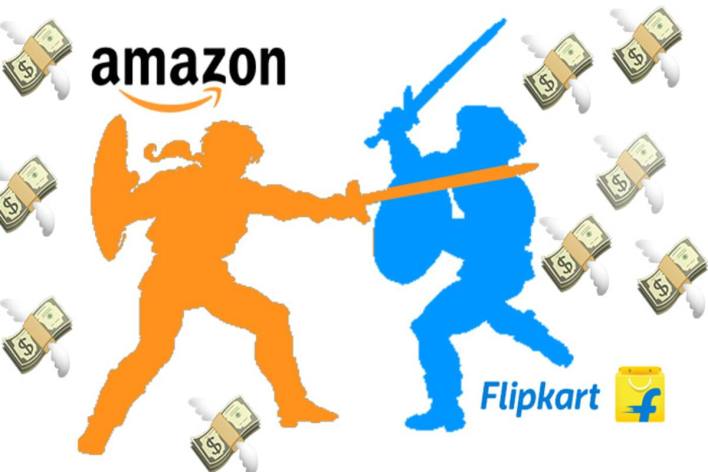 According to earlier media reports, Flipkart intends to launch an IPO by November or December of this year. The Flipkart IPO, however, may be postponed until March 2023 due to external factors, like adverse market conditions.

In just ten years, the business has expanded significantly, and each day it gets better because of the new services it offers customers. In addition to these transactions, Flipkart has also invested in Ninjacart, Aditya Birla Fashion Retail Limited, Shadowfax, and Arvind Fashions.