Tea Cafe chain Chai Point plans to go public in 18 to 24 months to become the “Oyo of Chai.”

Chai Point, a chain of tea cafes with locations in Bengaluru, aims to go public in the next 18 to 24 months. As the market for tea cafes faces aggressive competition from an influx of new competitors, Chai Point is relying on its brewing equipment to forge new alliances.

We have made important technological investments over the past 1.5 years, creating the brewing kit as we strive for profitability. In around 18 to 24 months, the company should go public, according to Amuleek Singh Bijral, co-founder and CEO of Chai Point.

The chain has recently started concentrating on producing its brewing equipment, and through its business-to-business-to-consumer (B2B2C) channel, has already deployed 5,000 machines in 19 cities and countries. 180 retail locations are run by the firm, which debuted in 2010, throughout nine cities. 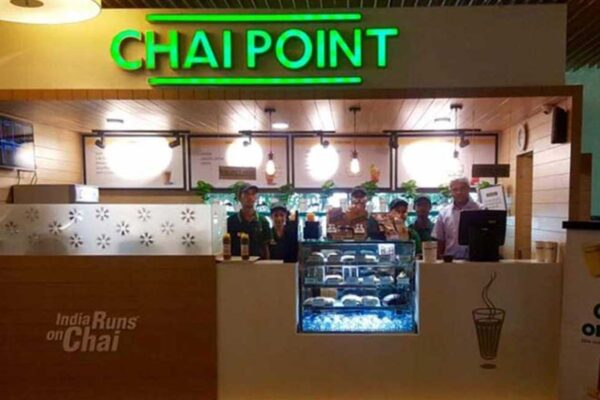 In business for a lease on the equipment and its operations as well as the consumables, which are bought by the third-party outlet through Chai Point’s platform, it shows the branding of “My Chai Corner” to third-party retail shops.

According to Bijral, this will allow them to significantly increase their reach while maintaining quality, and all third-party stores operating under My Chai Corner would be consolidated into a single app.

You may show us as the OYO of chai, according to Bijral.

He thinks that these brewing systems will allow them to expand. “While our Chai Point locations will act as our brand vector, brewing machines will act as our scale vector. Reaching arms-reach convenience (ARC) is the goal. 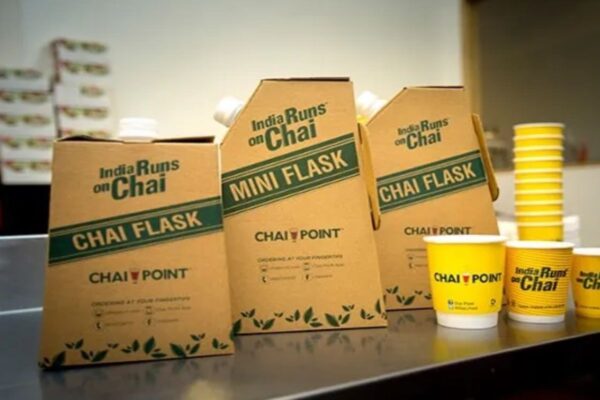 When asked how this brewing equipment differs from the coffee makers located in many offices, the CEO responds that it has Android software that allows customers to customize all aspects of their tea preferences once through an app and then save those changes for future use to maintain consistency.

Additionally, these devices are being used in businesses like Intel, Microsoft, VMware, and Amazon. At the moment, corporates make up about 40% of the business, while retail accounts for 57%.

In places like Mumbai, Chennai, and Delhi, consumption has returned to pre-Covid levels, according to Bijral. Tech parks and a few other areas in Bengaluru have not yet recovered to their previous levels. However, NCR is still Chai Point’s second-largest market after Bengaluru.

“Competition is not only in technology but also in the assurance of quality and consistency at scale,” Bijral stated in reference to the increasingly competitive landscape. In addition to the brewing system, management software is also necessary. It needs upkeep, ingredients, cleanliness, and accessibility. 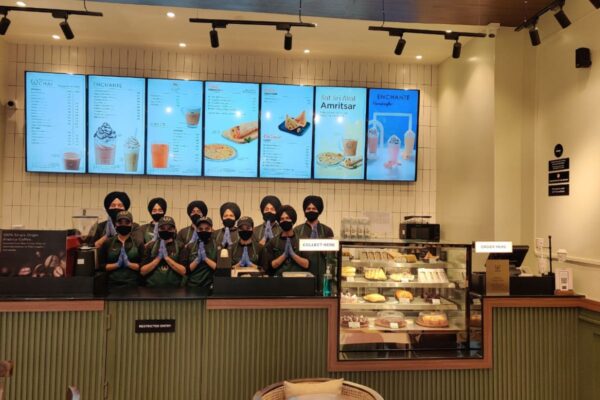 Despite the fact that Chai Point has also joined the coffee market with its filter coffee and bean-to-cup products, Bijral claims that while there are rivals in certain product categories, there isn’t a single all-encompassing player.

To put things in context, Chai Point now competes on the retail front with businesses like Chaayos, Starbucks, Cafe Coffee Day, and Hatti Kaapi as well as smaller standalone players. As machines are installed in corporate offices, it is in competition with Coffee Day and Lavazza on the corporate front.

“It takes time to create the ecology that has to be established around this brewing machine. On our storefront, there are a lot of rivalries, but there is less of it when it comes to brewing systems. Others are not pursuing the method of handing information over to a third party and aggregating.

Chai Point has so far garnered about $55 million from backers like Saama Capital and Eight Roads Ventures. Chai Point’s most recent financial information is for FY21, a period when the pandemic had an influence on business. While operating revenue fell to Rs 55.7 crore from Rs 189 crore the year before, losses for FY21 increased to Rs 78.5 crore from Rs 47.7 crore.

After overcoming the effects of Covid-19, Chai Point hopes to turn a profit in the following two quarters, according to the CEO of the tea and beverage company on Wednesday.

On Wednesday, Chai Point inaugurated its first location in Amritsar, officially entering the Punjab market. Since July, the Bengaluru-based business has launched 18 locations across India, and in the following 18 months, it aims to add 100 more.
The 2010-founded business operates 180 stores in nine cities and has brewing systems at over 3,500 workplace community hubs.

Co-founder and CEO of Chai Point Amuleek Singh Bijral stated that the company had rebounded from a slump brought on by Covid-19 that lasted for nearly two years. “This year’s statistics will be far higher than they were before COVID. On the eve of the launch in Amritsar, he said, “We are one of the few consumer tech companies with chances of a positive EBIDTA in the immediate near future.

The business secured series C capital in December 2021, and it anticipates receiving additional money in the following six to nine months. Chai Point wants to expand its brewing system and packaged product divisions internationally in addition to its retail outlets.

The cloud kitchen platform presents a chance for global expansion. Without the need to download any apps, we are the only company to offer a QR code for touchless beverage dispensing, according to Bijral.

“In a city renowned for its outstanding culinary scene, we are honoured to offer the Chai Point experience. Thanks to our innovation-backed mechanism brewing technology and a wide selection of food items, we’re thrilled to delight our customers in Amritsar with an upgraded Chai-led experience “said he.

TATA to buy stakes in Bisleri

Entrepreneur and MD of Enso Group Vaibhav Maloo speaks about the health benefits of swimming. 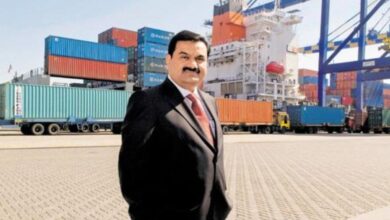