Exports of goods and services have been good for India. The export share of India’s GDP was 20.8 per cent last year, 0.8 percentage points higher than China’s. Increasing India’s export share to 29.1 per cent of GDP will help it catch up with the world average.

The issue of slow growth is anticipated to continue even when India’s inflation levels decline, probably in the first quarter of the upcoming fiscal year (according to Reserve Bank of India (RBI) estimates). It’s nonetheless concerning that domestic demand hasn’t increased sustainably over the top two quintiles’ expanding earnings.

Why not export our way out of this recession between 2022 and 2025, when real earnings for the middle two quintiles may recover, sustaining the subsequent growth spike between 2025 and 2030?

Indeed, this is not the ideal moment to hang our hat on the export hook. Following the Ukraine crisis, the world has awkwardly been divided into three leaky silos. The new alliance between Russia and China and their respective allies are pitted against the Western alliance, which consists of the United States (US), its allies, and the European Union, followed by those who desire to maintain strategic autonomy. India comes in the third group as the country’s size, geography, and political architecture make any other method unviable.

We are physically closest to China, a country that rejects peaceful cooperation in favour of pursuing global supremacy. We “manage” China at the expense of excluding ourselves from the benefits of joining the Regional Comprehensive Economic Partnership, the trade agreement controlling the area with the highest rate of economic growth in the world.

Contrary to common belief, India does well on goods and service exports – provided natural resource export-based nations, whose exports may account for over 70% of GDP, are excluded from the comparator group and the potential scale of our domestic economy is taken into consideration.

India was 0.8 percentage points ahead of China at 20% in 2021 with an export proportion of 20.8 per cent of the GDP. To be clear, the significant COVID-19 supply limits in China that may have hampered their exports may also be seen in the 2021 statistics. India lagged by ten percentage points with a share of 26% in 2008 when the proportion of exports to GDP in China reached its highest level. India has to get its GDP proportion of exports up to the global average of 29.1%. India’s share of global exports peaked in 2013 at 25.4%; going back in time might help us regain that proportion.

India’s reputation as a meagre exporter has to be improved. Improving infrastructure and, more crucially, procedural reform to streamline tax and export control procedures are two medium- to long-term goals for boosting exports. Additionally, consistent branding in chosen export markets and active involvement in partnerships for trade and economic cooperation is required.

Contrary to China, India uses its comparative advantage of cheap wages, trained labour, and supply networks that have been built up in the domestic economy over many years to produce exports as a byproduct of generalized industrial and service sector competitiveness.

China’s enclaved export promotion has been attempted in other countries with varying degrees of success. Beginning in 1980 and ending in 2007, China’s Special Economic Zones (SEZs), industrial parks, and zones (numbering over 5000) were responsible for 60 per cent of exports, 22 per cent of GDP, and 30 million jobs. Indian experience has been around longer (since 1965) but has produced less.

268 export-only operating enclaves supported by successive governmental measures that culminated in favourable legislation in 2005 accounted for US $112.4 billion, or 21% of all US goods and services exports of US $526.6 billion in 2019–20. Within 41,970 hectares are approximately 300 SEZs that have been notified, some of which are not yet operational. Instead of whole neighbourhoods, cities, or regions, like in China, the majority are industrial clusters.

There are two important contrasts between the Indian and the Chinese tactics. First, and related to India’s fierce political competition, the Union government frequently finances and oversees such export facilities. In China, it was encouraged for provinces and cities to take the lead in creating and running these enclaves in conjunction with the private sector.

In order to maintain their political power and public legitimacy, India’s central political leadership aggressively supports initiatives and programs that are closely associated with them. This is quite similar to President Xi Jinping’s current need to distinguish himself from other leaders in China. Decentralized implementation, within the overarching control of the Communist Party of China, has little significance in India for this reason, among others.

Second, unlike China, where exports are the main focus, India’s framework for macroeconomic stability effectively sees exports as a byproduct. Political economic indicators like protecting consumers from inflation and producers against cheaper imports are given more weight in India.

Four decades after industrial liberalization, the active industrialization policy Aatmanirbhar Bharat (self-reliant India) has reemerged, inefficiently subsidizing domestic producers by transferring to them implicitly the advantages that consumers would have gotten from low-cost imports via their ability to charge higher prices in the absence of imported competition.

The argument is that because it generates employment, domestic value addition is preferable to cheap imports. While in the short term, this may be the case in some circumstances, the exact same import restrictions lead to efficiency losses that are unique to a closed economic environment that is unaccustomed to competition based on imported innovation. One such instance is the demand made by Tesla as a need for investing in India to test-import its vehicles at a fair cost.

Only Exports Remain in Macro-economic Stability Due to the tendency for a “strong Indian Rupee (INR),” there are no level playing fields, which is a second disadvantage for exporters. India ran a significant annual trade imbalance of slightly about 7% of GDP from 2011 to 2013, which led to a significant devaluation of the INR. In 2014–17, as the price of imported oil fell, the trade imbalance declined to between 1 and 2 per cent of GDP. In succeeding years up until 2019–20 (the final regular, pre-pandemic year), it reverted to more than 3 per cent of GDP as the price of oil firmed up.

Remittances, portfolios, or foreign direct investments are used to fill the shortfall. Therefore, the monetary policy aims to keep enough room in domestic interest rates to maintain the motivation for inward capital flows to strengthen the INR. The expectation that the RBI will prevent the INR from depreciating is one factor contributing to the high price of Indian equities. Because necessary inflation adjustments have not been made in the nominal exchange rate of the INR since 2019, despite a 10% decline in the nominal exchange rate since 2019, the difference with the actual exchange rate of the INR has grown.

This technique is detrimental to exports because it makes them less competitive, but it helps prevent imported inflation by somewhat neutralizing the steady trend in global oil and gas prices even before the Ukraine crisis. By providing incentives for capital inflow, this backup, defensive approach minimizes foreign exchange imbalances. It also has the effect of taxing exports, which runs the danger of escalating the trade deficit (the difference between exports and imports).

Making exports competitive is an all-encompassing, medium-term goal that includes more funding for targeted R&D, targeted subsidies to business and industry for skill, technology, and process improvements, punitive taxes for failing to meet efficiency and quality standards, a supportive environment for business development, and better infrastructure as demonstrated by lower logistical costs and stable macroeconomic conditions.

Attracting Investors Outside of China 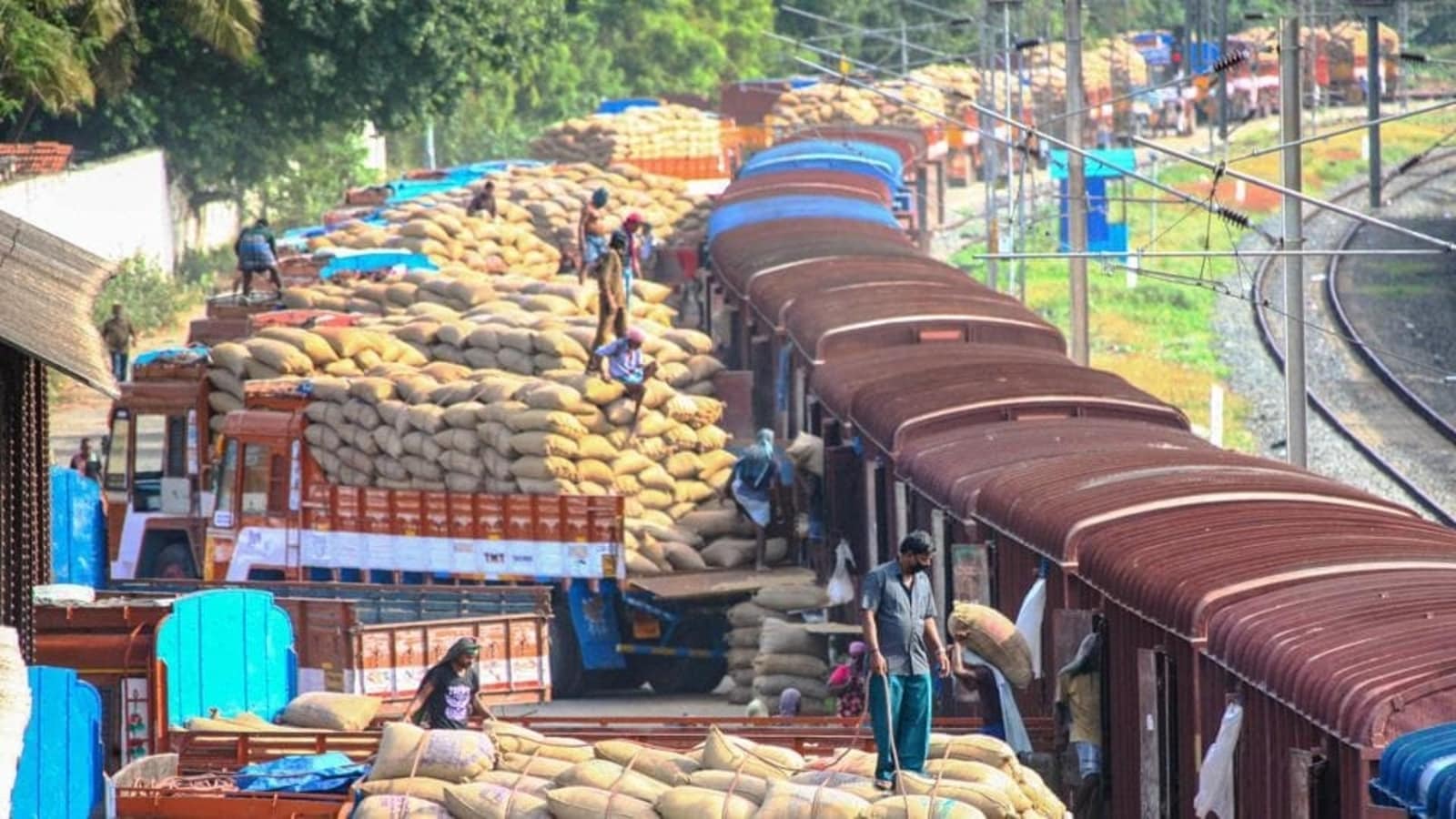 It is now seen to be a “low-hanging fruit” to make India become a major export centre in order to attract international investment away from China. This assumption appears naive given that China is the most competitive global economy with a well-developed strategy for attracting international investment, technology, and exports, and that the business needs to be present it is unlikely to vanish quickly. Even if it did, India does not meet the requirements for either “friend-shoring” or “near-shoring.”

An inward-looking China runs the risk of collapsing under the weight of its own obligations, both domestically and abroad. Despite current political pressures to show strength and consolidate huge corporations, the Chinese Communist Party is nevertheless required to maintain its legitimacy by sharing the rewards of strong economic success with the general public. They put the social compact upon which China operates in jeopardy by doing.

China will have to choose economic efficiency over political egotism sooner rather than later. To misquote the brilliant strategist Deng Xiaoping, “economic imperatives will reestablish the premium on the number of mice caught rather than the colour of the cat.” Without a doubt, when this occurs, fruitful cooperation between Chinese and international enterprises will restart.

Relying on a rival annihilating itself in order to expand is defeatist. Dehyphenating geopolitics and security from commerce and investment is an important part of managing China.

High Government taxes is the most responsible reason for the falling economy.