Concerned about growing imported inflation, the rupee fell below the crucial level of 80 to 80.05 per US dollar intraday on Tuesday, owing to tighter monetary conditions, risk-aversion emotions, and ongoing outflows from local markets.

Significant dollar demand from oil importers in response to rising crude oil prices, as well as fears about a widening trade deficit, have all contributed to the Indian rupee’s steep depreciation, which has fallen by more than 7% since January of this year.

Although the rupee has lost value versus the US dollar, it has gained value against other major currencies such as the euro and the Japanese yen. “Global issues such as the Russia-Ukraine crisis, surging crude oil prices, and tightening global financial conditions are the key reasons for the Indian rupee’s weakness against the US dollar,” Union Finance Minister Nirmala Sitharaman said in a written response to Parliament. 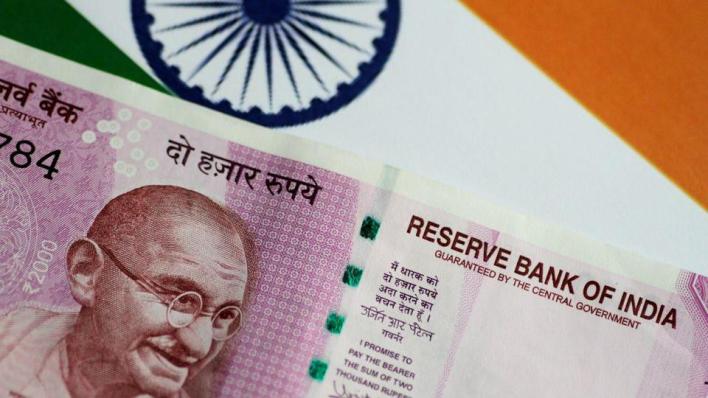 Sanjeev Sanyal, a Member of the Prime Minister’s Economic Advisory Council, remarked last week on Twitter, “The RBI is utilising reserves to soften the shift while rightly enabling market adjustment.” The only major source of concern is imported inflation, which is caused by rising energy prices. Given its reliance on oil imports, India can do nothing in the near term except make local adjustments (such as decreasing taxes at the margin), but all such efforts come at a cost. “

Even if commodity prices have fallen from their peak, they are still likely to represent a significant danger to inflation since imported inflation is forecast to account for over three-fourths of India’s inflationary pressure. Capital withdrawals and the RBI’s defensive move to keep the rupee from falling further against the dollar have resulted in weaker forex reserves, raising concerns about the country’s current account deficit this fiscal year.

The rupee traded neutral to range-bound between 79.85 and 80.05 on Tuesday, closing at 79.95 as the dollar index remained quiet.

Furthermore, the capital market performed well, allowing the rupee to remain range-bound. The rupee fell to a new low of 80.05 in early trade, but recovered to 79.85 after an inch higher. The rupee is expected to trade between 79.70 and 80.25 in the next few days, according to Jateen Trivedi, VP Research Analyst at LKP Securities.

“We anticipate some further pain for the local currency in the short term, but it is likely to be softened by the 81-mark due to a variety of variables.” For one thing, the dollar index’s gain appears unsustainable at higher levels, with predictions that the European Central Bank and other developed market central banks will similarly aggressively boost interest rates,” said Sugandha Sachdeva, Vice President, Religare Broking Ltd. Since December 31, 2014, the rupee has lost around 25% of its value. 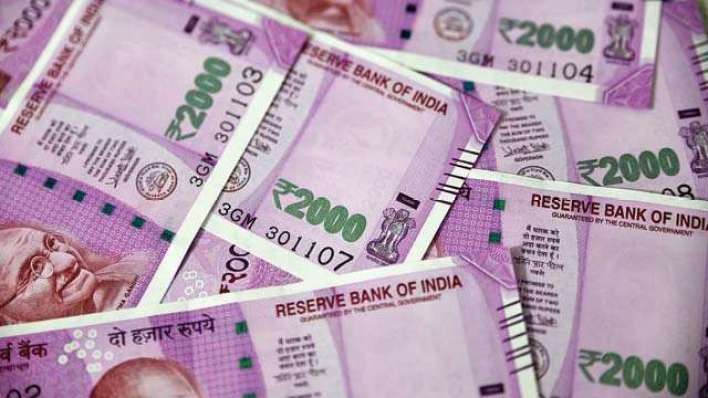 According to economists, long-term inflation forecasts in the US have declined, and fears about the US Fed tightening excessively at the upcoming meeting have abated, causing the dollar index to fall from multi-year highs and helping the local currency. Furthermore, given the concerns about recessionary risks, the US central bank may be obliged to stop its rate-raising cycle in the future, even if the worst appears to be behind.

“Second, the RBI and the government have lately adopted some measures that may have slowed the rupee’s decline.” “Until September, the rupee-dollar exchange rate is projected to range between 78.50 and 81,” Sachdeva said.

Foreign portfolio investors (FPIs) have withdrawn Rs 2.37 lakh crore since January this year, reducing currency reserves by $62 billion from a record of $ 642.4 billion in September 2021. Although commodity prices have fallen from recent highs, they remain high in anticipation of a greater trade imbalance or current account deficit, which is forecast to reach 3%.

“This puts pressure on the currency.” Because of the capital flight, we are expected to have a balance of payments deficit this year. 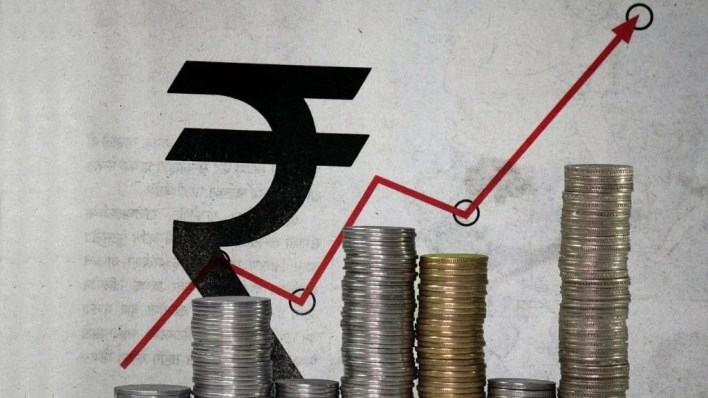 In other words, our capital account inflows are expected to be less than our current account deficit. And, if we look at our FX reserves, which are mostly replenished through debt flows, they are smaller than India’s foreign debt, a phenomenon not seen in the previous decade or so, “said Devendra Kumar Pant, Chief Economist at India Ratings.

According to experts, with global commodity prices nearing peaks, the RBI appears to be more comfortable with a gradual pace of rate rises.

See also  U.S. will conduct an unofficial dry run of a COVID-19 vaccine campaign this fall

“India’s inflation issues are primarily of an imported character.” As a result, the current reversal in commodity prices is reducing sequential inflation momentum. Recent commodity price falls provide the RBI with considerable leeway to modify its inflation predictions somewhat downward in the face of steady GDP signals. Barclays India stated in a recent note, “We anticipate monetary normalisation to continue, but we see signals that the RBI is becoming more comfortable with a gradual pace of rate rises.”

Consumer Price Index or CPI-based inflation has been over the top limit of the RBI’s medium-term target range of 2-6 percent for two consecutive quarters. The majority of the inflationary risks are seen emanating from the situation in the aftermath of the Ukraine-Russia war.

With inflation expected to stay high in the coming months, the RBI is one quarter away from being forced to defend its inability to keep inflation within the target range. According to the monetary policy framework’s mandate, if average inflation exceeds the 2–6 percent target for three consecutive quarters, the RBI must explain why to the government.

“Imported inflation pressure is one of the reasons the RBI is intervening so extensively, and it has been a major driver of this particular inflationary cycle.” “The underlying domestic services inflation is really rather moderate, and many of the higher-priced services are driven by imported components, such as public transportation, due to rising fuel costs,” said Rahul Bajoria, Chief Economist at Barclays. 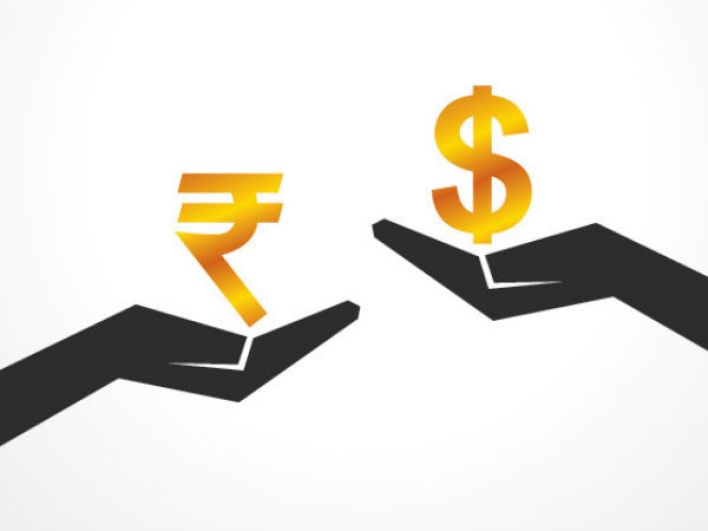 Why is the rupee falling?

The partly convertible Indian rupee, like other Asian currencies, has fallen in recent months as risk aversion has risen in response to predictions that the US Federal Reserve would raise interest rates to combat inflation, forcing investors to abandon riskier assets.

A serious currency shortage occurred following net sales of Indian shares by foreign investors totalling more than $30 billion so far in 2022. Fears of growing current and trade account deficits have weighed on the currency even further.

The entire trade imbalance in India is likely to rise to more than $130 billion this fiscal year, from $87 billion the previous year, due to rising global crude oil prices.

Because India imports 85 percent of its crude oil, the rupee’s devaluation has increased the retail price of gasoline, diesel, and cooking gas. The weakening currency has also harmed the revenues of power generation businesses, which have been forced to rely on more expensive coal imports due to a deficit in domestic coal supply.

India’s energy imports, which include crude oil, petroleum products, and coal, are predicted to skyrocket this year, up from over $194 billion in the fiscal year ending March 2022, accounting for roughly one-third of total item imports. Refiners like Reliance Industries (NSE 2.70 percent) may benefit from petroleum product exports.

Due to currency devaluation and a recent increase in import tariffs, purchasing gold jewellery has become more expensive for millions of Indians. In 2021/22, India’s gold imports, the third largest item after crude oil and electronic imports, surpassed $46 billion.

The rupee’s depreciation has increased input costs for companies such as automakers, telecommunications companies, engineering products, consumer electronics, food manufacturing, and civil aviation. India imports a lot of industrial chemicals, steel, rubber, wood, glassware, and other equipment. Businesses are also concerned about the rising cost of debt denominated in US dollars. 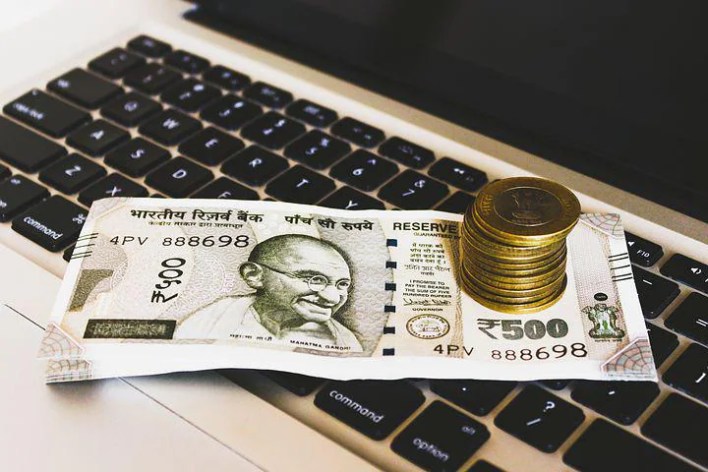 Because their billings are mostly in dollars, currency depreciation might benefit product and service exporters such as Infosys NSE 2.10 percent, TCS NSE 2.95 percent, and Tech Mahindra NSE 3.75 percent. In the fiscal year ending in March 2021/22, India’s services exports were about $250 billion, while goods exports totalled nearly $420 billion.

According to experts, who cautioned about the impact of the global slowdown on Indian exporters, pharmaceutical exporters, who account for more than $25 billion in annual exports and one-third of sales in the US market, are big winners. India’s goods exports increased by about 25% year on year to nearly $119 billion in April-June.

Why Is Outsourcing Important for Growing a Business in 2022?