India’s commerce with Sri Lanka has almost completely ceased as a result of the upheaval on the island, which has exporters concerned about their payments.

Exporters informed FE that due to Sri Lanka’s worsening political and economic issues, commerce between the two countries has nearly completely ceased this month.

The current political and economic unrest in Sri Lanka has had an impact on Indian commerce as well. The island country provides a significant market for agricultural products, including sugar, grapes, and onions. Since the start of the economic crisis, the majority of exporters have held commerce on hold, despite some complaining that their payments are frozen.

Both our exports and imports have completely ceased. Because of the political instability and payment concerns, exporters are very cautious, “Khalid Khan, vice-chairman of the Federation of Indian Export Organizations (FIEO), stated. However, he expressed optimism that things would get better once Sri Lanka’s new administration takes control. 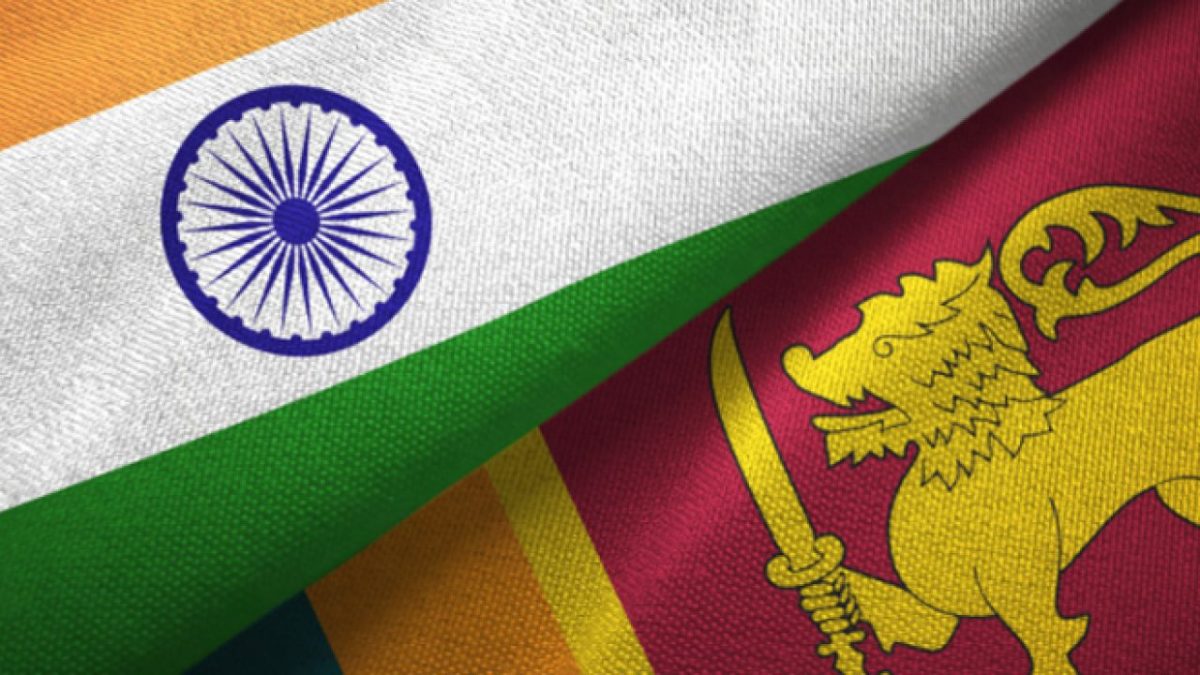 For the fiscal years 2021–2022, India’s exports to the island country were a robust $5,208.3 million, an increase of 65% over the previous year. The main imports to Sri Lanka include engineering items, skimmed milk powder, sugar, onions, and grapes. Indian exporters typically send out their consignments from ports on vessels due to the simple connectivity across the sea.

Exporters referred to Sri Lanka as an extension of the Kolkata market when describing it as a significant market for Indian sugar. 90% of Sri Lanka’s monthly consumption of 40,000–50,000 tonnes of sugar comes from India.

Some exporters predicted that supplies to Sri Lanka would decline by 30% in FY23 from a record $5.7 billion in the previous year. This is because the government there has resorted to importing limits, restricting their purchases to just necessities, and even those purchases are made in small quantities, utilizing the credit lines provided to Colombo by New Delhi. According to a senior commerce ministry official, given the low amount of bilateral trade, the crisis is unlikely to have a big effect on India.

However, Indian exporters have ceased sending goods to the nation during the past three months, particularly after the economic crisis began. Rahil Sheikh, managing director of MEIR Commodities, stated that there isn’t much surplus sugar remaining to export for the current season.

The 22 million-strong nation of Sri Lanka is experiencing its greatest economic crisis in seven decades, leaving millions of people unable to afford necessities like food, medication, and gasoline. The civil upheaval has been caused by dire circumstances. 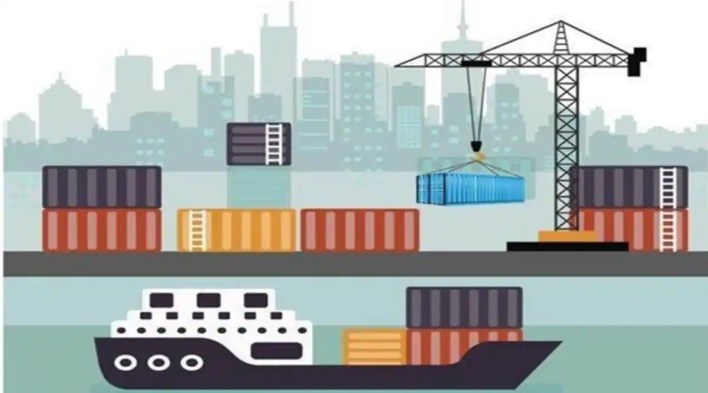 Of course, Sri Lanka front-loaded its purchases during the first two months of the current fiscal, driving a 55 percent year-over-year increase in India’s exports to the island nation to $1.2 billion. However, when the credit lines are practically gone, several of the exporters claim that things are becoming worse.

The biggest economic crisis to hit Sri Lanka since 1948 has been brought on by a foreign exchange crisis, which in turn sparked a political crisis. After the president of the island nation, Gotabaya Rajapaksa, fled to the Maldives, the country proclaimed a state of emergency nationwide. Due to its nearly depleted foreign exchange reserves, the nation has been compelled to reduce its imports. As a result, civil unrest has erupted as millions struggle to obtain basic necessities.

Bilateral commerce has been severely impacted, according to Raja Shanmugham, head of the Tirupur Exporters Association, which represents the nation’s largest garment market. “Only businesses with headquarters in Tiruppur and certain manufacturing facilities in Sri Lanka provide raw materials, such as fabric, to those facilities.” Otherwise, trading does not occur much.

A significant exporter of technical products who has recently supplied Sri Lanka in significant quantities stated, “We don’t know how to handle the issue.” There is currently a great deal of political turmoil there, which has made our problems worse. Trade will further plummet if political unrest and economic crises continue for a few more weeks.

Sri Lanka said in April that it would not be making approximately $7 billion in annual repayments on its foreign debt. About $51 billion of its entire foreign debt was outstanding.

According to Ajay Sahai, director-general of the Federation of Indian Export Organizations, there is no disputing that temporary setbacks for Indian exporters might result from the situation in Sri Lanka. However, once political stability is restored, things could get better.

See also  Facebook says it removed 1.5 billion fake accounts in the past 6 months

Crisis-ridden Apart from petroleum supplies, Sri Lanka has decided to purchase seven different types of commodities from India this year using the lines of credit that New Delhi has granted Colombo. Essential foods, medications, cement, textiles, animal feed, raw materials for vital industries, and fertilisers are among these things. However, other exporters worry that given the political unrest, deliveries of even these goods may be hampered.

The nation, which was experiencing a severe foreign exchange crisis that led to a default on its foreign debt, said in April that it would postpone paying back almost 7 billion USD of its around 25 billion USD of foreign debt that is due until 2026. Sri Lanka’s overall foreign debt amounts to USD 51 billion. 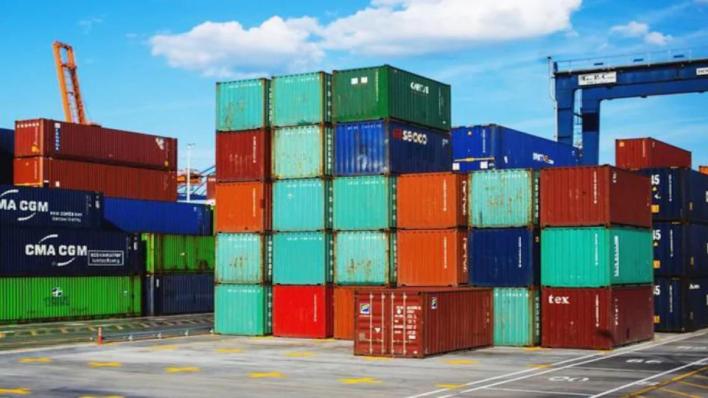 To get through the crisis, the island’s government has been looking for an extra credit line. Since January, India has already given itself lines of credit totalling $1.5 billion. These include $500 million for petroleum goods and $1 billion for imports of food, medicine, and other necessities. In addition to these, India is providing help in the form of a $400 million RBI currency swap and a $500 million loan repayment postponement.

Political stability, according to FIEO Director General Ajay Sahai, will benefit the return of commerce. Current exports to that nation include important raw materials for industry, pharmaceuticals, fertilizer, food, and textiles, according to Sahai, who works for SBI and Exim Bank.

Sri Lanka utilised the majority of the credit line authorized by the Reserve Bank of India to purchase food and gasoline. Indian onions are another item that no longer travels to Sri Lanka. India shipped 1.62 lakh tonnes of food items to Sri Lanka during the fiscal years 2021–22.

India is not only one of Sri Lanka’s biggest trading partners, but it also makes up a significant portion of the foreign direct investment that enters that nation. Sharad Kumar Saraf, an exporter and the chairman of Technocrat Industries located in Mumbai, claimed that in addition to exporters, firms with investments in the region are “extremely” concerned about the present unrest.

Rafeeq Ahmed, chairman of the Farida Group, had similar opinions when he claimed that trade had all but ceased as a result of the current turmoil in Sri Lanka. “The exporters are perplexed.” “No one wants to interact with that nation right now,” he added.

Sri Lanka is a crucial market for the local car sector, according to Rajesh Menon, DG of SIAM (Society of Indian Vehicle Manufacturers), and “we hope that the economic situation improves in that nation at the earliest opportunity, permitting restoration of Indian automobile exports.”

Petroleum goods, medicines, steel, textiles (primarily fabric and yarn), food items, and autos are among New Delhi’s primary exports to Colombo. In FY23, several of these items’ exports to Sri Lanka would decrease. 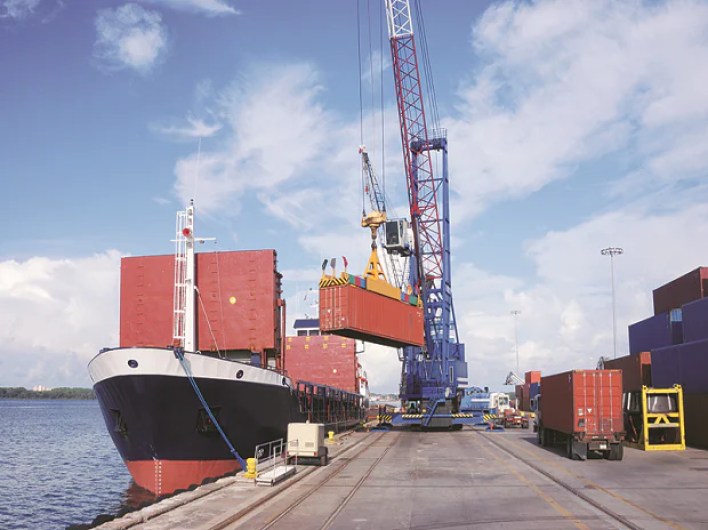 Engineering products, chemicals, iron and steel, agro products, fuel derived from minerals, pharmaceutical products, plastic products, and paper products are among the exports from India to Sri Lanka. Produce from agriculture, textiles, boats, fruits, and nuts are all imported.

The country’s foreign exchange reserves fell by 70% in the past two years, to roughly $2.31 billion by February, which caused a significant devaluation of its currency. Sri Lanka’s GDP shrank by a record-breaking 3.6 percent in 2020.