Due to unexpected circumstances, climate change has only recently become a reality and a serious worry, which resulted in many startups being sustainable. Because of greenhouse gas emissions (the burning of fossil fuels, methane, and carbon dioxide to produce energy consumption), as well as external actions carried out by industries, climate change is accelerating every year (polycarbonate pollution, accelerated electric power, deforestation for paper manufacturing, oil drilling, transportation, and other acts). Wildfires, a quick rise in sea level, ice mass loss in Greenland, Antarctica, the Arctic, and glacier melting are all results of this.

Therefore, many sustainable companies are emerging to assist conserve the environment to some extent. These businesses operate under the sustainability tenets and inspire others to follow in their footsteps.

Ather Energy is a company that makes electric vehicles in India, with its main office located in Bangalore. It was founded in 2013 by Tarun Mehta, Swapnil Jain, and Satish Dundur. It creates two electric scooters, the Ather 450X and the Ather 450 Plus. A national network of electric vehicle charging stations called Ather Grid has also been built.

Ather Energy was founded in 2013 by Tarun Mehta and Swapnil Jain. The Technology Development Board of the Department of Science and Technology, IIT Madras, and Aerospike founder and IIT alumni Srini V Srinivasan provided the firm with 4.5 million (US$56,000) in funding at the beginning of 2014. The $1 million seed investment was made by Sachin and Binny Bansal, the founders of Flipkart, in December 2014. Tiger Global provided it $12 million in May 2015 to go toward the development, testing, production, and introduction of the vehicle.

On February 23, 2016, the business unveiled its first scooter, the S340, during the Surge technology conference in Bangalore. Hero MotoCorp invested 180 crore (around US$23 million) to the Series B round of financing in October 2016. In 2018, it made a further 130 crore ($16 million) investment.

In May 2019, Ather Energy raised $51 million in a new round of fundraising thanks to a $32 million investment from Sachin Bansal. Hero MotoCorp converted their $19 million in convertible debt as part of this agreement. InnoVen Capital additionally contributed a $8 million venture debt.

To establish a 400,000 sq ft (37,000 m2) manufacturing plant for electric vehicles in Hosur, Ather Energy and the Tamil Nadu government signed a memorandum of understanding in December 2019. The estimated investment will be $635 million (about $670 million or $84 million in 2020).

Ankit Agarwal and Prateek Kumar started Phool.co, an Indian biomaterials startup, together in 2017 to collect temple flower debris that was dumped in waterways in Kanpur. It creates beneficial items like rose incense cones and Phool vermicompost from flowers collected from temples all around India. Kanpur Flowercyling Pvt. Ltd., which was created in 2017, owns the Phool trademark. As of this writing, 11,060 metric tonnes of temple garbage had been recycled. Recently, the business was divided into HelpUsGreen and Phool.

When Ankit Agarwal and Prateek Kumar visited the Ganges River Ghats, they got the idea to recycle flowers after realising the danger of using pesticides and insecticides in temple flowers. They intended to present their idea of recycling flowers to temple waste management. Incense cones and vermicompost were produced after a year and a half of research.

Products: After use, the product Florafoam totally breaks down in the environment and is made only of flowers. It serves as an alternative to thermacol, which decomposes slowly over time. India-based Amazon retailers have picked Florafoam. 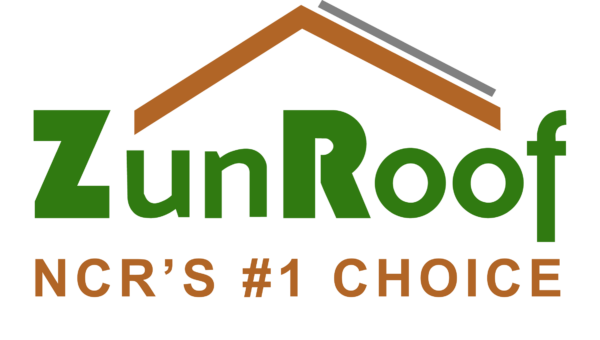 ZunRoof, one of India’s top solar rooftop startup, helps every Indian consumer have better, cleaner, and more affordable personal energy usage. Pranesh Chaudhary and Sushant Sachan created ZunRoof in 2016, and it has its corporate headquarters in Gurugram, Haryana. The company has 30,000+ designed systems across India and has installed over 10,000+ residential solar rooftops.

ZunRoof was established to improve, cheapen, and improve personal energy use for everyone. To accomplish that goal, the team investigated each Indian consumer’s daily energy requirements.

For developing next-generation energy technologies, the startup offers solar energy and IoT smart energy solutions. They take care of capturing energy, storing it, maintaining it, and using it.

Their main goal is to employ technology to improve every aspect of the house. To make solar energy a standard household utility for everyone, the team is always working to increase the percentage of residential solar across the nation.

A platform for integrated urban mobility using both public and private modes of transportation, Yulu is technology-driven. Its headquarters are in Bengaluru, India, and it was established in 2017. With 18,000 single-seater vehicles and 2.5 million consumers, The startup operates in Bengaluru, Delhi, Gurugram, Mumbai, Pune, and Bhubaneswar. As of February 2021, Yulu had raised $19.9 million in fundraising.

Amit Gupta, RK Misra, Hemant Gupta, and Naveen Dachuri established Yulu in 2017.
The business launched operations in Bangalore and Pune in January 2018, followed by Mumbai and Bhubaneswar by the year’s end. Three years later, in March 2020, they arrived in Ahmedabad after expanding to New Delhi and six large cities in total.

Yulu debuted a new fleet of 2,000 electric vehicles in January 2019 under the name Miracle. Soon after, the company unveiled its internet of things charging box, which enables a network for cheap battery changing. Yulu enhanced the Miracle in November 2019 by adding a bag holder, shock absorbers, and a better footrest. Yulu introduced 8,000 more upgraded Miracle e-vehicles in April 2020. Due to the Coronavirus epidemic, Yulu included a “Last-sanitised” timestamp to their app in April 2020 to provide the highest level of safety. To enhance customer service, Yulu added 24/7 chat support to their app in June 2020.

Bounce and Vogo are Yulu’s key rivals. Their vehicles, however, are legitimate, fuel-powered scooters that may be rented either long-term or for short trips. 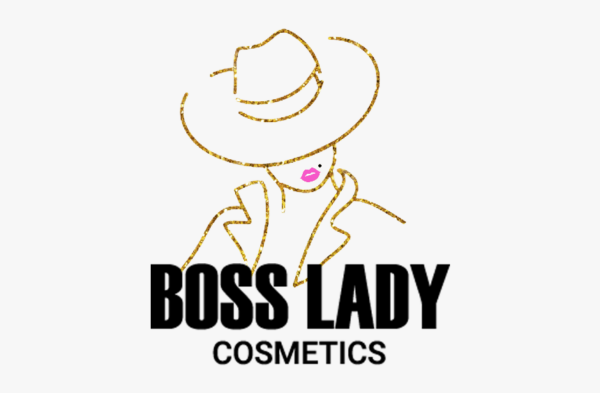 It is one of the most well-known natural makeup startup that is vegan, cruelty-free, and sustainable. The founder, Kajol Bafna, defined a “Boss Lady” as someone who challenges the patriarchal assumptions of society to pursue their aspirations. This is why the brand gives you a sense of who you are by arming you with tools to express who you are and give your style a voice.

By challenging the gender, body, complexion, colour, and beauty preconceptions in the Indian cosmetics sector, Kajol put her philosophy into practice and ultimately created a space where people could express themselves freely. 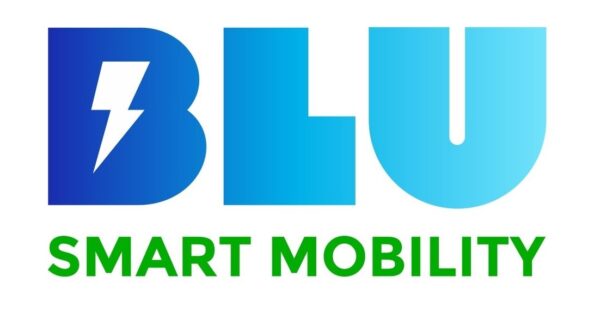 The startup reported that as of July 2022, it had saved more than 4300 tonnes of CO2 over 1.8 million journeys in Delhi NCR. BluSmart and Jio-BP announced a partnership to build charging infrastructure across India on World EV Day 2021.

Tata Motors and BluSmart have an agreement in place for Tata Motors to supply 10,000 EVs on World Environment Day in 2022. BluSmart received Verra accreditation for carbon emission in July 2022.

BluSmart uses an asset-light business strategy to operate. Vehicles are obtained from businesses like EESL on a monthly lease. The company offers similar rides to Uber, Ola Cabs, and Lyft that may be ordered through a mobile application. The business advertises itself as the world’s only 100% electric mobility solution. The company uses electric vehicles with its own branding that resembles Tesla models. 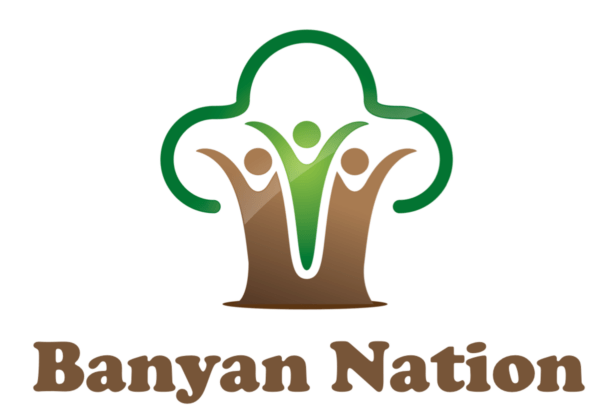 The founder of Banyan Nation, Mani Vajipey, came up with the idea to recycle industrial plastic into a higher-quality plastic than virgin plastic because achieving a plastic-free society in our country is difficult. The first vertically integrated plastic recycling startup in the nation is Banyan Nation.

The company employs environmentally friendly detergents to clean plastic, removing harmful impurities to provide plastic that is nearly virgin in quality. Additionally, it is the first business to recover both post-consumer and post-industrial plastic garbage by integrating thousands of informal last mile collectors into its supply chain using cloud and IoT.

Just Organik is a manufacturer and retailer of certified organic foods, aiming to increase consumer access to safe, wholesome organic food. The startup also attempts to encourage farmers in India to use organic farming methods, thereby generating long-term profit for them. In 2013, Pankaj Agarwal founded this startup in the basement of his home.

Today, he controls two significant branches across the country and a processing facility in Delhi. The startup’s slogan, “a walk towards a healthy future,” emphasises the provision of chemical-free food made entirely of natural ingredients, nutritious, reasonably priced, and tastier than ordinary cuisine. 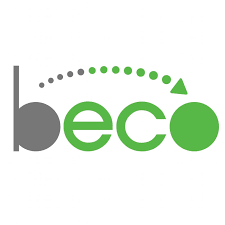 This green business is renowned for creating green, cornstarch- and bamboo-based items that are biodegradable. The startup was started in 2017 by Akshay Varma, Aditya Ruia, and Anuj Ruia. The startup provides alternatives to single-use items like tissues, cotton balls, and more while aiming to limit the use of plastic products. It provides a large selection of items for personal and household care and ensures that only recycled paper is used for packaging, minimising plastic usage.

Nexus Power is a further sustainable startup from India on the list. The new business produces biodegradable batteries for use in electric vehicles. The business produces rechargeable energy-storing cells using unburned crops. Unburned crops are one of the main causes of air pollution; thus, doing this helps to reduce it. Nishita and Nikita Baliarsingh founded a company that enables individuals to use environmentally safe and sustainable batteries.

An estimated 42 million tonnes of municipal solid garbage are produced in urban India each year, which is bad for the environment. As rag pickers are gravely harmed by picking up hazardous waste, including discarded sanitary products, pharmaceutical pills, and other plastic waste.

Additionally, they are compensated relatively poorly for their work to improve the nation’s garbage management. At that time, Rob Whiting, Parag Gupta, and Roshan Miranda set out to create a safe atmosphere for ragpickers by paying them a fair income while also lowering the nation’s garbage rate. To give bulk waste generators end-to-end solutions, the startup established “Waster Venture India” in 2012. It also provides businesses and homes with expert rubbish collection and processing services while giving waste pickers jobs.

It is one of the biggest EV-as-a-service platforms in India and offers solutions for green delivery fleets. You would have seen delivery drivers for food or groceries ride in a green electric scooter with the Zypp logo.

To make last-mile transportation sustainable and emission-free, Akash Gupta and Rashi Agarwal collaborated to create an eco-friendly and carbon-free India. They did this by utilising an electric vehicle network and EV-based technology. Additionally, the startup aims to reduce delivery costs and emissions through an asset-light strategy by offering carbon-free last-mile delivery for small- and large-scale online merchants alike.

A company called “Wakao Foods” with its headquarters in Goa, creates meals using the delicious and well-known fruit known as “Jackfruit” by Panruti. This environmentally friendly business was started by Sairaj Dhond and sold prepared foods and items made from plants. By offering its products on e-commerce sites like Flipkart, Amazon, and others, Wakao Foods is becoming a household name in India. It is a vegan-friendly startup that offers the flavour of traditional cuisine and popular fast food worldwide. Additionally, they were the first company to produce fake chicken dishes such as vegan chicken tikkas, curry bowls, and crispier biryani. Therefore, the founder of GoodDot, Abhishek Sinha, wants to significantly impact omnivore diners by starting a plant-based trend on chicken and meats. The new business has been named the best vegan restaurant of the year for 2019.

The startups mentioned above have changed the world by using an environmentally sound technique that enhances both the environment and people’s quality of life. These businesses are founded on the idea of sustainability and inspire others to live more sustainably.

IN A WEEK, GOOGLE FINDED 2,274 CRORES FINE! CCI is chastised for abusing its dominant position.