The ‘VIP culture at AIIMS is under criticism as new treatment SOPs are criticized by the physicians’ body The letter from Dr. M. Srinivas, director of the All India Institute of Medical Sciences (AIIMS), addressing medical treatment alternatives for sitting MPs at AIIMS, has been withdrawn with immediate effect. All medical associations applaud the decision.

“Thank you to the Ministry of Health and Family Welfare, Mansukh Mandviya, and the Director of AIIMS for withdrawing the letter promoting VIP culture at AIIMS, ND. This move has satisfied us “The physicians’ association, the Federation of All India Medical Associations (FAIMA), tweeted. The Federation of Resident Doctors Association (FORDA) and other medical organizations objected to and criticized the AIIMS director’s letter addressing standard operating procedures (SOPs) for serving members of Parliament on Wednesday.

In response to the SOPs, Dr. M. Srinivas wrote to YM Kandpal, Joint Secretary, Lok Sabha, on Wednesday to discuss streamlining emergency consultation, inpatient hospitalization, and outpatient department (OPD) services for Members of Parliament. “We reject the VIP culture. No patient should suffer from someone else’s privileges. However, using a protocol to shorten procedures should not be viewed negatively as long as it does not compromise patient care.

We continue to reject VIP culture, as we have in the past! ” In a tweet, FAIMA announced that the country’s doctors consistently voice their disapproval of the AIIMS Director’s decision.

According to a letter from Dr. Srinivas, “If a sitting MP requests OPD consultation of a specialty/superspecialized service, the Lok Sabha/Rajyasabha secretariat or the MP’s staff will contact the duty officer and provide them with the necessary details of the disease and the specialist/subspecialist to be consulted The letter states that, according to the SOPs, “duty officers who are the qualified medical professionals of the department hospital administration will be available in the AIIMS hospital control room 24 hours a day and the active duty officer duty will be the nodal officer to coordinate and facilitate necessary medical care for serving parliamentarians.”

Further, he stated that the duty officer’s cell phone number and the control room line number would remain the same regardless of who was on duty. According to Dr. Srinivas’s letter, “After communicating with the expert, super specialist, or duty chief, the duty officer will make the necessary appointment. We can also confer with the head of the appropriate department or the center’s chief if necessary.

“The Lok Sabha/Rajyasabha Secretariat or the MP’s staff will contact the duty officer and provide him with the necessary information about the disease in case the representative of the people needs prompt medical care. For the duty officer to advise them of which emergency services the member should be transported to, for example, the main emergency, the emergency at the trauma center, or an eye emergency, ” The letter goes on to say more. 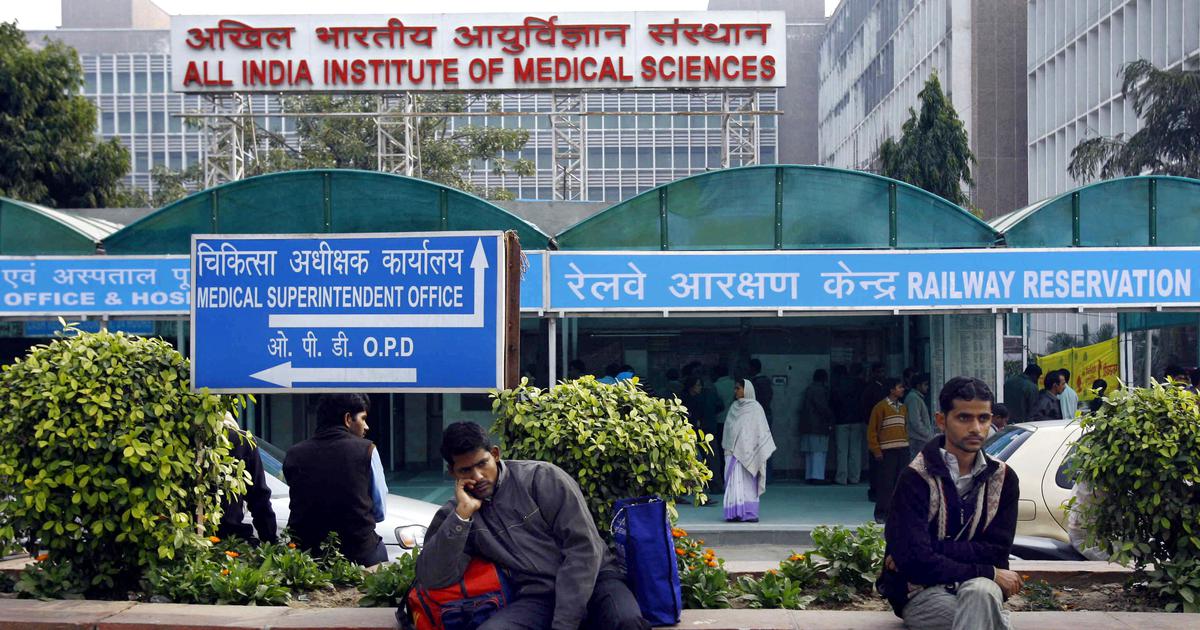 The treating faculty will write a brief statement to the medical superintendent outlining the MP’s condition, the suggested course of treatment, and the anticipated length of stay. The office of the medical superintendent will send it to the Lok Sabha/Rajya Sabha secretariat with the medical superintendent’s countersignature, “Dr. Srinivas said in a letter.” AIIMS New Delhi has always had a 24×7 Control Room for coordinating medical care for patients from all walks of life Residents and teaching staff in the hospital’s administrative department work here to facilitate logistics and expedite treatment of the poorest of the poor, “AIIMS New Delhi tweeted after the letter was distributed.

Why Did Doctors Protest the New Rules?

According to the, FAIMA filed a letter to Union Home Minister Mansukh Mandaviya over the AIIMS SOPs. According to the letter, such activities would only help to enhance the nation’s VIP culture. PM Modi maintains there is no VIP culture in India, but AIIMS Director Dr. M. Srinivas just released a letter advocating a VIP culture! FAIMA announced on Twitter, “We will continue to resist VIP culture, just as we have in the past.” Sadly, an organization like AIIMS Delhi is distributing such letters that would promote VIP culture, “FAIMA’s president said.

We have always been opposed to the VIP culture that prevails in hospitals, and we will continue to be so. It is disheartening that an organization like AIIMS sets such a bad example for the nation. Every patient in our country, even an MP, deserves to be treated well, and physicians are no exception. “We have a zero-tolerance policy when it comes to inequality in the healthcare setup,” the letter continued, “because medical care and treatment protocols are patient-specific and not person-specific, and importance and utmost attention should be given to a person who needs it the most, not because of his or her social status.

What did the SOPs say? According to the SOPs published by AIIMS, if an MP needs an OPD consultation from a specialty or super-specialty department of the hospital, the Lok Sabha or Rajya Sabha secretariat or any other member of the MP’s staff can get in touch with the hospital’s duty officer and give him or her the necessary information about the MP’s condition and the services that are Regardless of who is on duty, MPs will always have access to the special landline numbers for the control rooms.

In addition, the order said that “In the event of an emergency when an honored MP requires prompt medical care, the Lok Sabha/Rajya Sabha Secretariat or the honorable MP’s staff would notify the Duty Officer and provide him with necessary data regarding the sickness to perform the duty.  The person in charge was also instructed to ensure that the unwell MP is transported to the appropriate emergency department by the Patient Care Manager and receives urgent medical help.

“The duty officer shall coordinate the necessary efforts and will personally communicate with the treating physicians and/or head(s) of departments following the Hon’ble MP’s medical needs,” the directive continued. In addition to assisting MPs with their medical requirements, the SOPs provide that the Media and Protocol Division will help anybody referred to AIIMS by legislators for consultation or treatment. Five years prior, AIIMS Delhi published a notice announcing a very similar decision to create an “extra” counter to exclusively serve the needs of patients recommended by the President’s Officer on Special Duty (OSD), AIIMS and VIP recommendations from MPs. India Today said that the new special counter was meant to be available for patients who traveled from other states with an MP’s referral.

This circular appeared to be a promotion of VIP culture, similar to the most recent SOPs. Hospital representatives responded to this worry by stating, “The circular is in the public domain. While aiming to simplify the reference instances, we are not endorsing the VIP culture.

We made it very clear in our circular that we weren’t closing the regular OPD to patients but rather simplifying the media-protocol section, which had previously been understaffed. However, shortly after publishing the circular and following a discussion, the hospital decided against implementing such a counter.